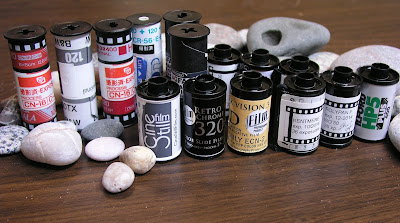 Posted by mfophotos at 10:59 PM No comments:

Over the years, I have shot just about every emulsion of B&W film that is available. Some become "go-to" favorites, and others get used sparingly for specific purposes. Sometimes I come across a cache of a long-discontinued film, such as Kodak Panatomic-X, and use it sparingly, not wanting to use it up right away.   It's downright annoying to really like a certain film and then have it unavailable.  One of my favorite medium-speed monochrome 35mm films is Kentmere 100.  It has fine grain, lies really flat in the scanner, and is readily available in bulk rolls.  Sold by Harman, it is made by Ilford, and is similar in performance to the Ilford FP-4 film.  My favorite developer with it is D76 1:1, but XTOL 1:1 gives a nice result as well.  I could write all sorts of things about the film, but it is probably just easier to show you some photographs:


I buy Kentmere 100 in bulk rolls, which saves me money.  A roll of 100 ft. is about $40, which prices it far below a lot of films.  The quality is excellent, and if you want to try a roll or two, of course, it is sold in 36 exp. rolls for about $3/roll online.  It is available from all of the typical places such as B&H, Adorama, and Freestyle.  I highly recommend Kentmere 100.

What is the best SLR system camera? This is a question that we used to see a lot, back  before digital began its takeover.  If you are just getting into film, my first response would be - "What DSLR are you using?"  If you are using a Canon EOS DSLR, then you should look at the pre-digital EOS models.  If you are using a Nikon, then by all means, look at Nikon AF models.  If you are using Pentax,  Pentax AF models, and Sony Alpha DSLR -- Minolta AF cameras (Maxxum series).   Essentially, those are the only DSLR systems with compatible lenses for the film bodies. There is one caveat, though.  If you are using a lens designed specifically for the APS-C form factor, such as a Canon EF-S lens, or a Nikon DX lens, you will get a vignetted image when used with a full-frame SLR.    Why would you want to use a later AF-system when there are so many robust metal-bodied cameras out there?  Here are a few reasons to look at more recent cameras. 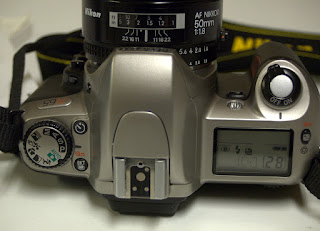 Control Layout
For one, let's say you are using a Nikon D7000 DSLR and are thinking about buying a film body.  If you look at the controls and ergonomics of most of the better Nikon DSLRs, they are pretty similar to the Nikon F100.  LCD displays, control dials and buttons are similar.   They can use the same AF-D and FX lenses (non-DX, of course).  In fact, the F100 is perhaps the best advanced film SLR from Nikon in terms of cost and features.   Today, you can pick one up for a fraction of what they used to go for.   If your cameras have similar control layouts, you learn how to use them more quickly. 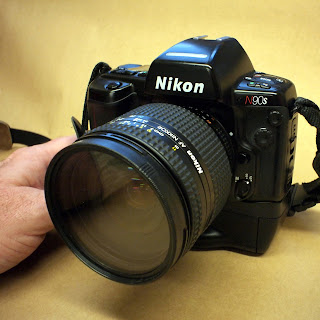 Lenses
Again, if you can share the lenses between your DSLR and your film SLR, you are also saving money and avoiding duplication.  You can bring a film body along loaded with B&W, and use the DSLR for color.  Swap out lenses as needed.

Newer Technology
While much can be said in favor of the older cameras, newer cameras offer more features, better metering, and often, ease of use.  Being able to bracket your exposures automatically is a great feature that won't be found in older manual cameras.  Having spot metering as well as other modes is very useful. If you are used to auto-focus, the AF film bodies will be appreciated.

Fewer Miles
As much as I like older cameras, and still continue to use them, you have to remember that a model that appeared in 1970 is now almost 50 years old.  It may have been through many owners, or used a lot, or used a few times and then sat on a shelf for the last 30 years.  Meanwhile, a late-model AF SLR may only be 15 years old or less. 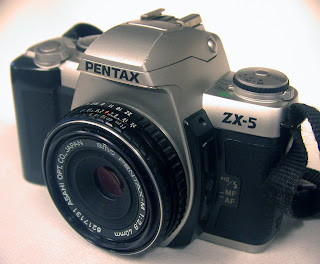 Price
Here's the great advantage. Yes, the later 35mm film camera SLRs often have a lot of plastic.  But they may have titanium frames, be weather-sealed, etc.  You will also find them to be incredibly cheap on the used market, whether it's ebay, a resale shop, or a garage sale.  They are not old enough to be called classics, and they are plentiful.

Built-In Flash
While we take a built-in flash for granted on modern cameras, it was only the AF bodies that started featuring them.  They may not be the best flash option for all instances, but they are handy to have for fill flash.  Not all AF bodies have a built-in flash, though. Nikon's pro-level cameras do not have them.

Camera Recommendations
Canon - The EOS mount is very popular, and Canon was the first to really exploit the low-end AF SLR market with their Canon Rebel series.  They are low-cost bodies, and most of them should still work well.  They are also cheap, with  bodies often selling for $10 US.   The 35-80mm EF lens was a mainstay with them.  You can use therm in manual as well as the other auto-modes.  However, there are many different EOS 35mm film bodies that are more "professional" that have a better build and more features.  The Canon EOS Elan II is a wonderful body. 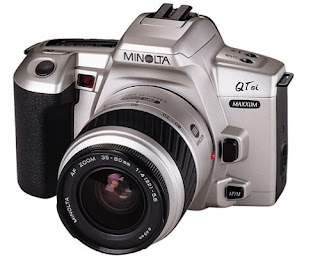 Minolta - Sony bought Konica/Minolta and kept the Alpha mount from the Minolta Maxxum series of cameras.  There are many, many orphaned Maxxum bodies out there that sell for the price of a Starbucks Mocha.  Minolta was the undisputed king of features on AF bodies.  The low-end models such as the QTsi, are quite plasticky.  Higher-end models such as the Maxxum 9 or 7 are very full-featured.  I have only personally used the Maxxum 7000, which was the very first real AF SLR.   That model of course, is quite old and slow.  The Minolta Maxxum 9xi has a top shutter speed of 1/12,000 sec.  This may be helpful in deciding on a purchase. 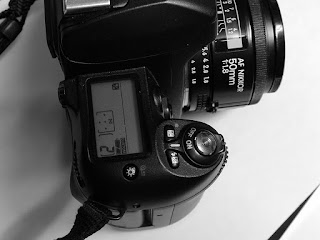 Nikon - This is a group that I know well.  Nikon's early AF SLRs are fully compatible with manual Nikkors, and the N2020 and N8008 are typical examples.  The 8008 has an excellent viewfinder.  Later, Nikon's amateur-level AF SLRS deleted some features, such as the ability to meter with manual lenses. That is the case with the N55, N60, N65, N75, and N80  models.  If you are only using AF lenses, this isn't a problem.  Of course, there is the behemoth F4 and the expensive F5, and F6 models.  I would stay away from the N70, as Nikon departed from sanity on that design. The N90 is an amazingly timeless camera that works very well with most lenses.  However, the F100 remains my favorite. It uses manual and all AF lenses, including  G-lenses (lack an aperture ring like the Canon EF lenses).  You can often pick up an N65 body for about $10-$15.

Pentax - The K-mount system just amazes me as it just keeps chugging along.  While the lens selection may not compare as favorably as Nikon and Canon, you can use the manual lenses on many bodies just fine.  As far as AF camera bodies go, I have reviewed a few, and yes, the cameras are plasticky, but they seem to work well, and are bargains.  Some of the low-end models MZ-30, 50, 60 will only fire with AF lenses attached.  I recommend the ZX-5 if you want to have a low-cost camera that will use manual and AF lenses.  Perhaps the best of the bunch might be the MZ-S, with its Magnesium-alloy body. 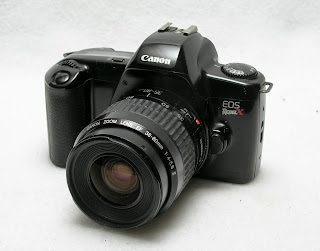 So, there you go with some options.  Get a body, some film, and fire way!