The Olive Argus A

It is well-established that the Argus model A was the one camera that really made 35mm photography accessible and affordable to the average American.  Introduced in 1936, the International Radio Corp. sold an estimated 30,000 cameras in the first month for $12.50 each.  Later changing its name to the Argus Corp., the company improved upon the basic design of the A, with many iterations of the A series. Eventually, the Argus C3 became the top-seller, being the longest-lived camera produced in the USA with a production run of almost 30 years! 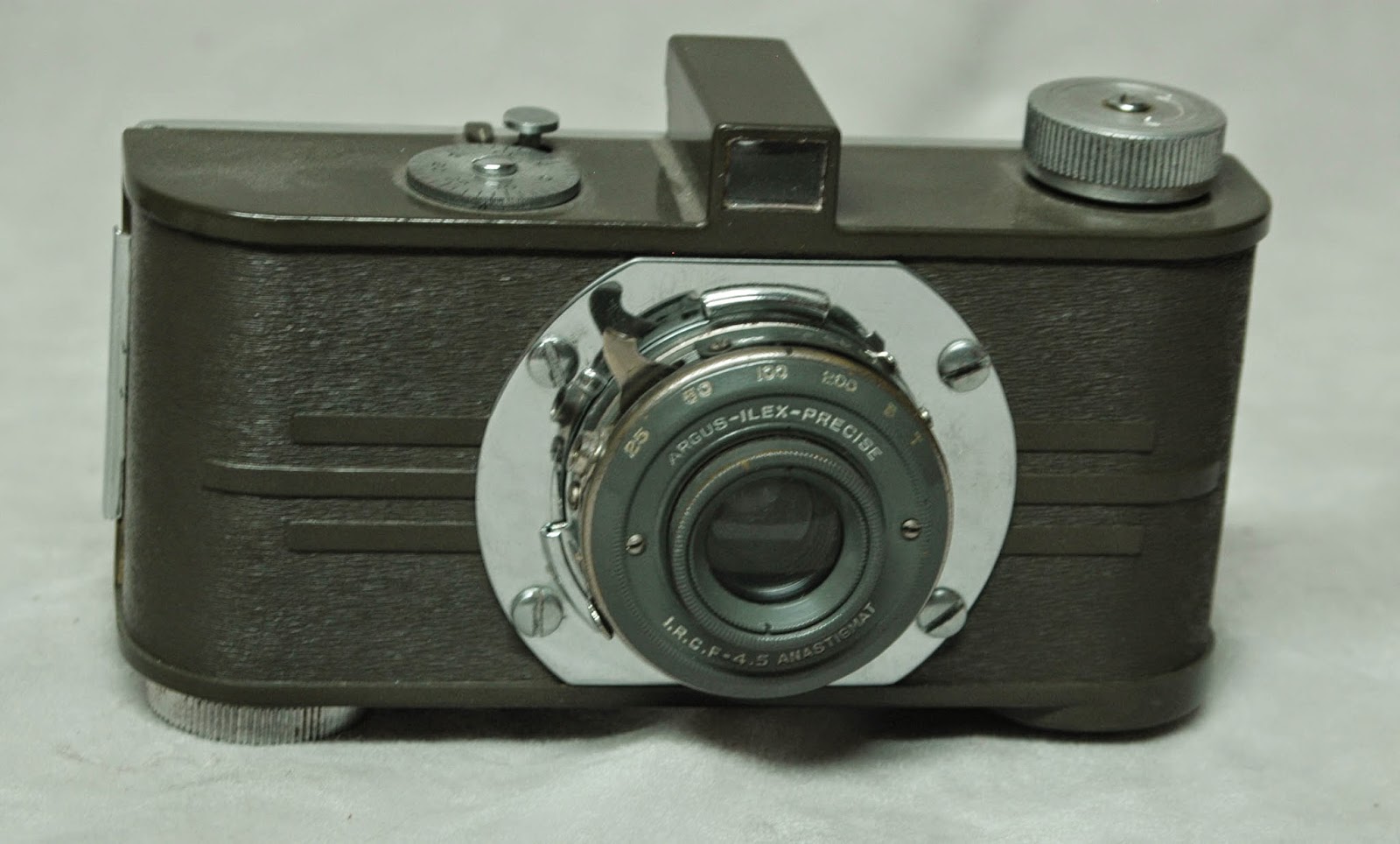 The Argus A is a pocket camera with a telescoping lens tube that springs out with a twist from the locking position.  The shutter and aperture are controlled from the front of the lens barrel.  Typically, the I.R.C.  Anastigmat lens had a modest maximum aperture of f/4.5.  Shutter speeds were controlled by the Argus Ilex shutter, with B,T, and 1/25, 1/50, 1/100, and 1/200 sec speeds.  The uncoated lens is definitely more than adequate, and stopped down it was fairly sharp.

The early Argus A cameras have a single brass sprocket wheel and no tripod mount.  While 99.9% of the Argus A cameras were produced with black Bakelite bodies, a small number were produced in different colors; olive, gray, red, and possibly white.  Probably only a few hundred examples of the color versions were made.  Less than that survived to the present. 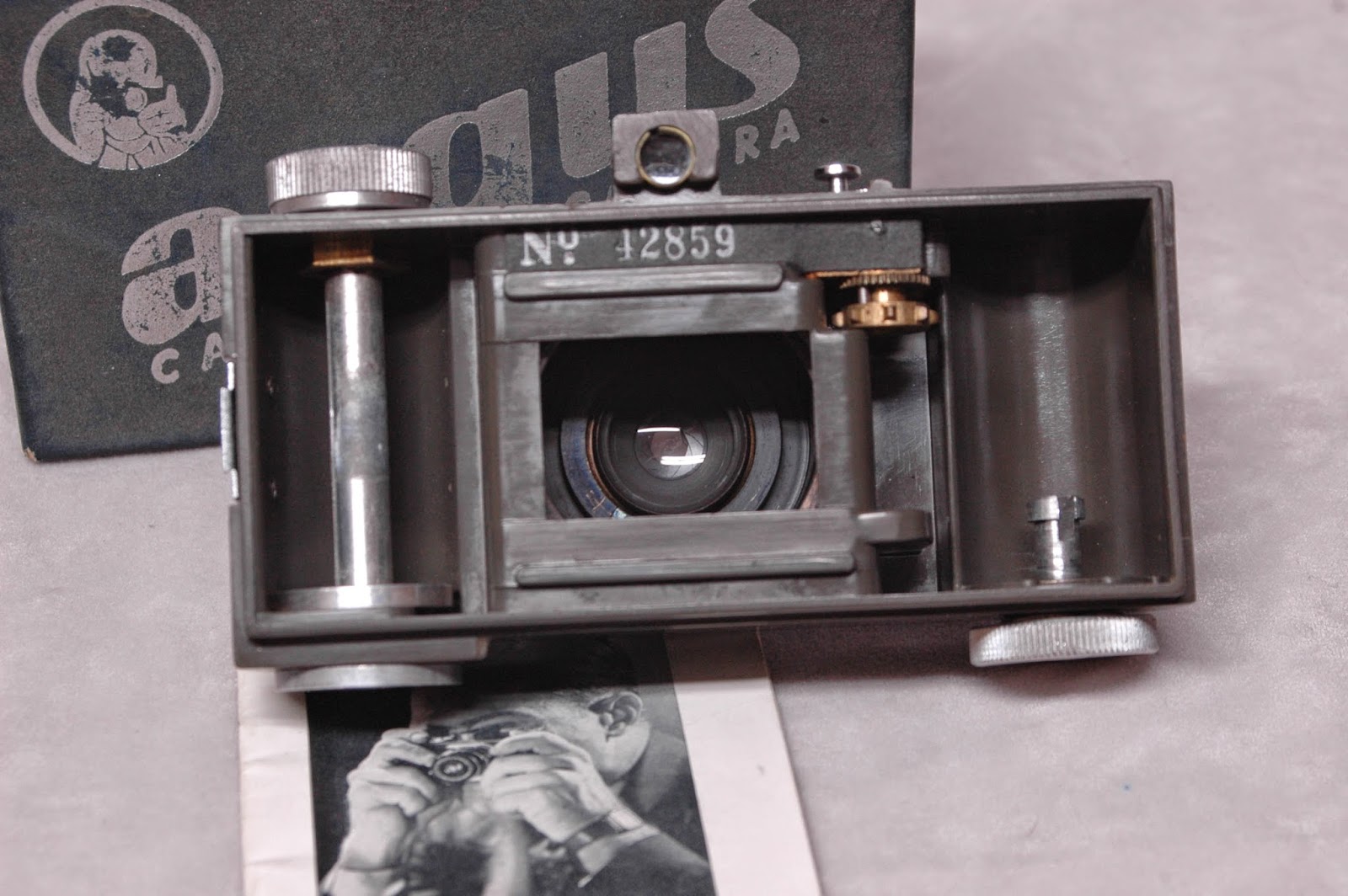 In good condition, an Olive Argus A is worth about $175, the other colors slightly more.  If you find the holy grail white Model A, you are sitting on a treasure.

Its been many years since I have shot with any Argus A, and I suppose it is time to use one of the black models for that.  Maybe this year's Argus Day in August will be a good time to do that.
Posted by mfophotos at 10:14 PM No comments: 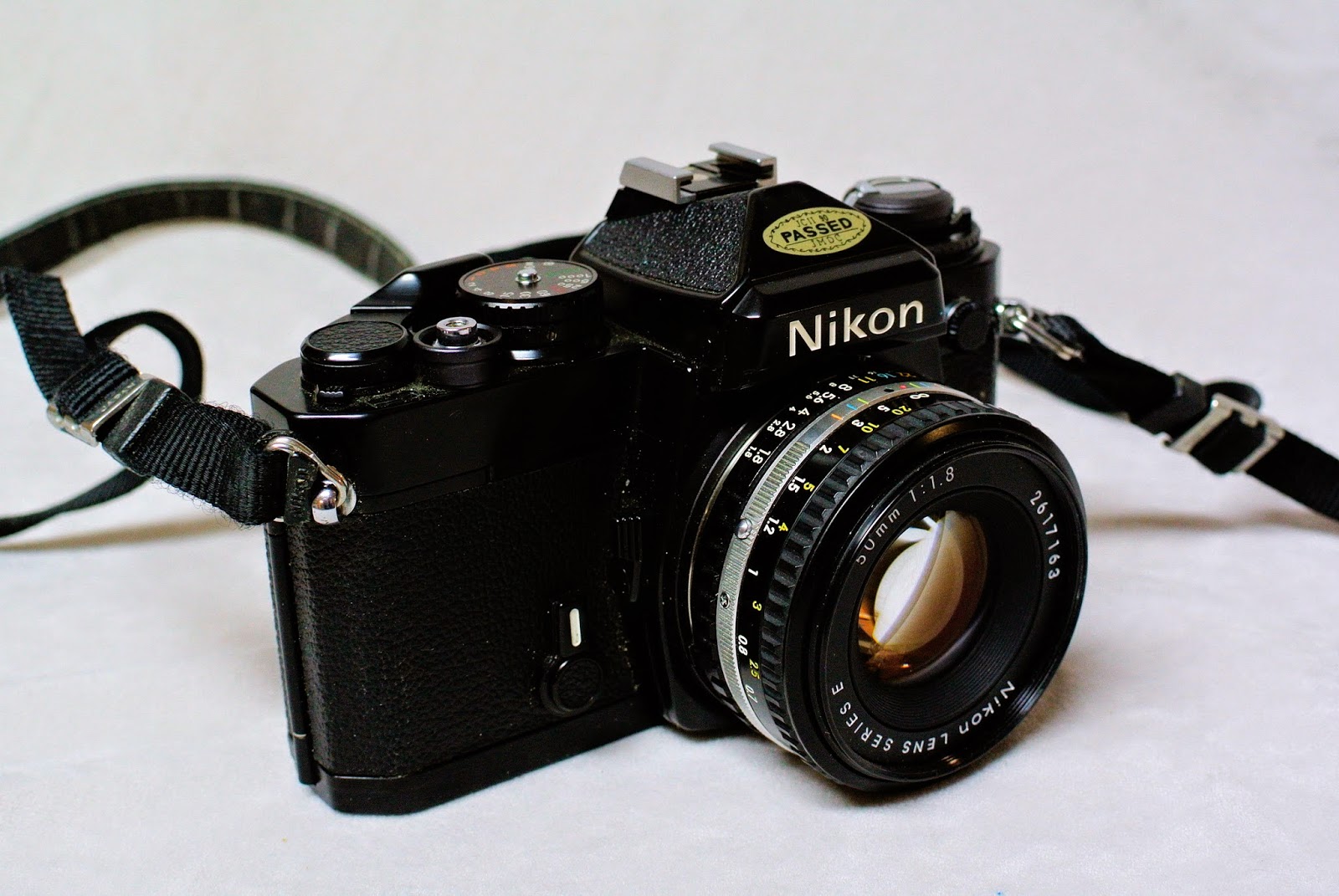 This past week at work I got a wonderful surprise.  A retiring professor was cleaning out his office and was filling boxes with things to take home.  I saw a black Nikon SLR and asked him if was interested in selling it.  "Sell it? You can have it.  I'll never shoot another roll of film."  Imagine my pleasure at finding that it was an all-black Nikon FE, Nikon's first SLR with aperture priority exposure.  I purchased my first Nikon FE in 2000, and it was a "user" grade that I picked up locally at a camera store. I shot many rolls of film with it, and traded it in on another camera much later.  Over the years, most of the Nikon FEs I have seen were pretty well used, and didn't interest me.  This one... is very much like new, with only some wear on the bottom, where it has been secured to a copy stand mount.    All-black Nikons are always nice to see, and this one sure is a beauty.  I have a roll of Svema FN64 in it now, and I am sure that it will perform very well.

Some photos from the past with my first Nikon FE...

Posted by mfophotos at 11:26 AM No comments: 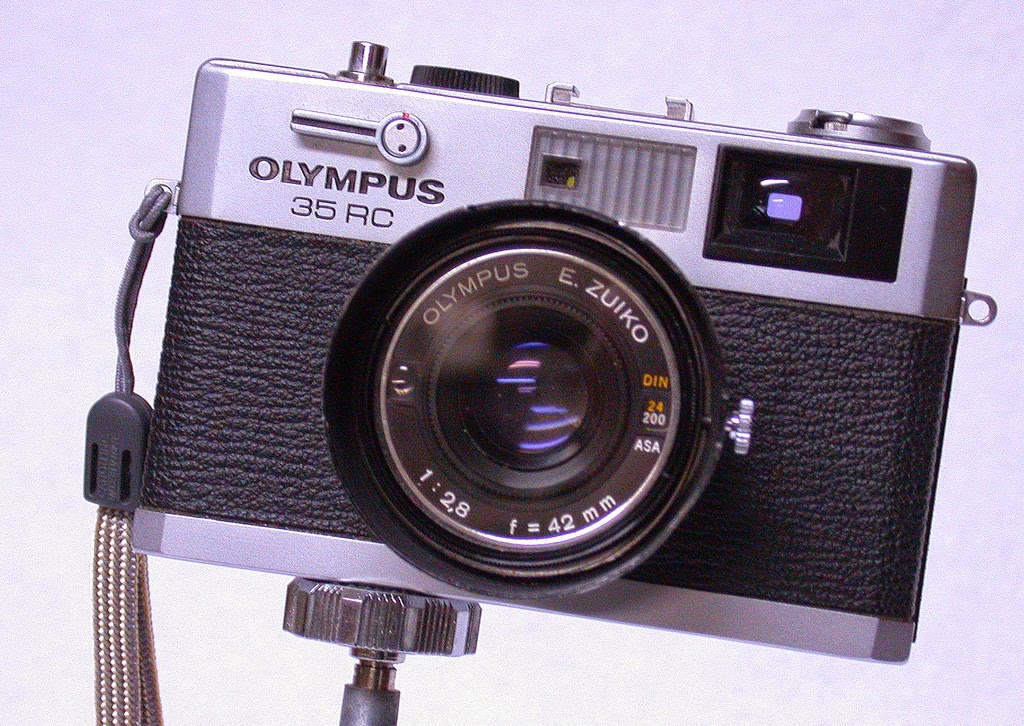 There are not too many small rangefinder cameras  that I have kept over the years.  I have fallen in and out of love with Canon QL-17s, Yashicas, Argus C4s, Zorkis, Retina IIas, Minoltas, and the Konica Auto S2.  None of them have had the reliability and compact size of my Olympus 35RC.  This camera was traded to me in 2006 by Ross Orr, for a M39 lens that I had.  Over the years, it has been used sporadically, but every time I use it, I have been pleased with the results, and the reliability of this shutter-priority  as well as fully manual compact rangefinder camera.  Perhaps the best review of this camera is on the Cameraquest website.  I am sure that my reading it long ago had me wanting one immediately.  If that isn't enough to interest you, this page is also very informative.

In March, I had the opportunity to travel to Yale University for a workshop.  I didn't want to bring a lot of gear with me, so I brought this camera, my Nikon 1J1, and a Yashica A TLR.  The Oly distinguished itself by taking excellent exposures in all situations, and when I felt I should override the meter and shoot manually, it was never a problem.  The camera isn't large, but it's also not so tiny as a Rollei 35,or an Olympus XA. The 42mm focal length is just fine, and the largest aperture of f/2.8 is not limiting for the kind of photography I do.  The top-mounted shutter speed dial is also well-placed. In short, a well-designed, fairly simple camera that does the job.    I'm going to have to remember to keep this camera in my backpack for everyday use. 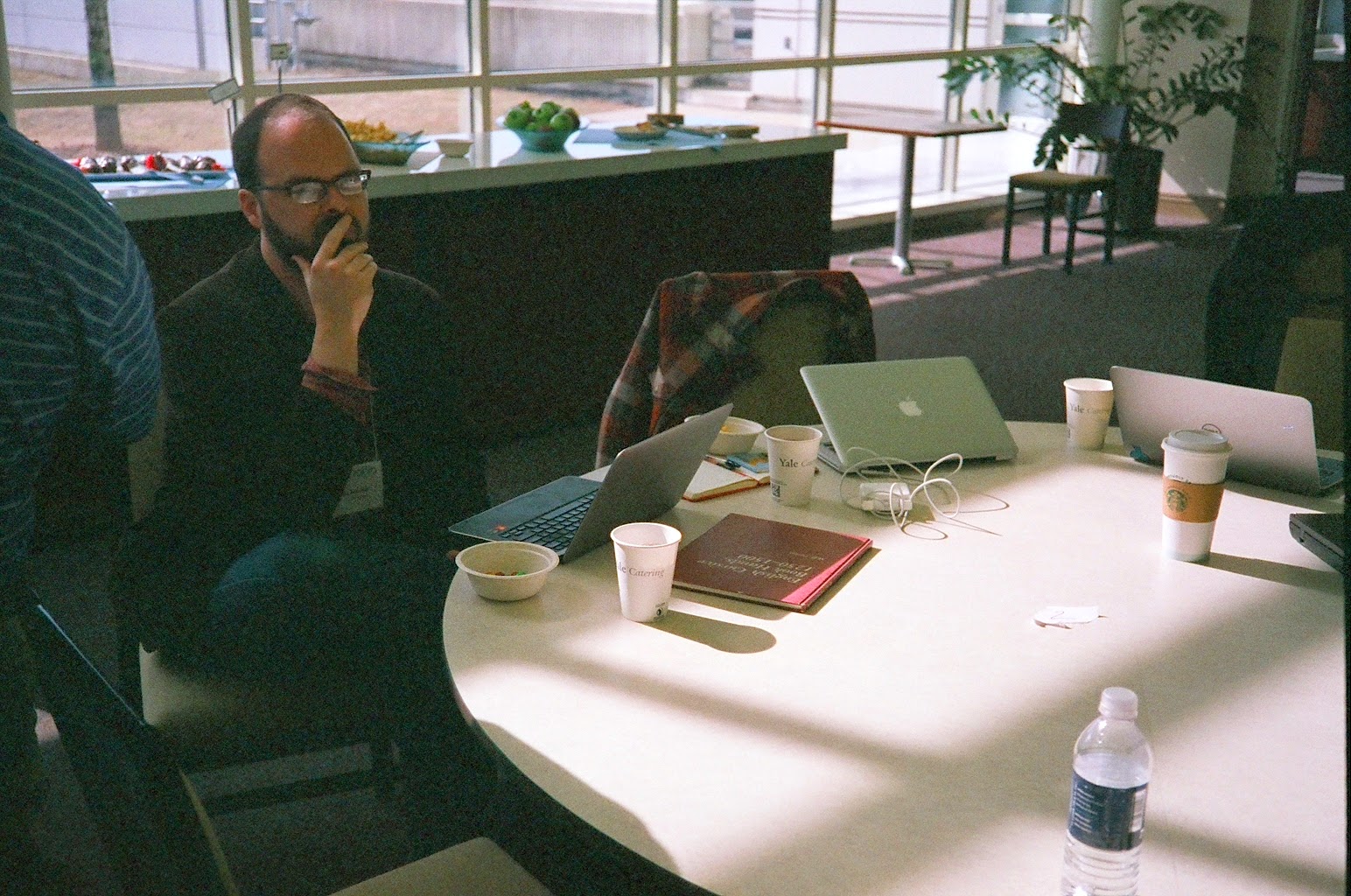 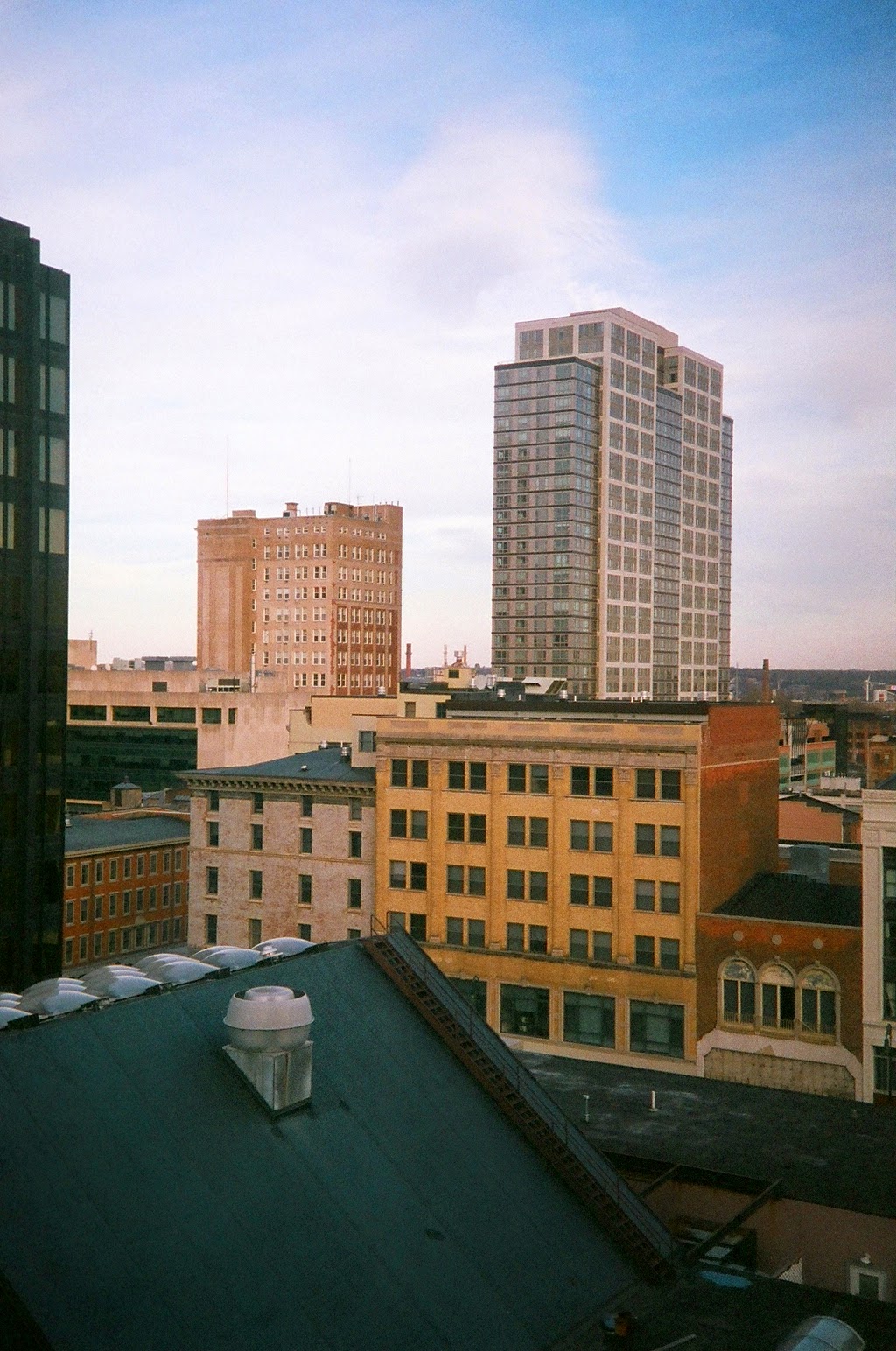 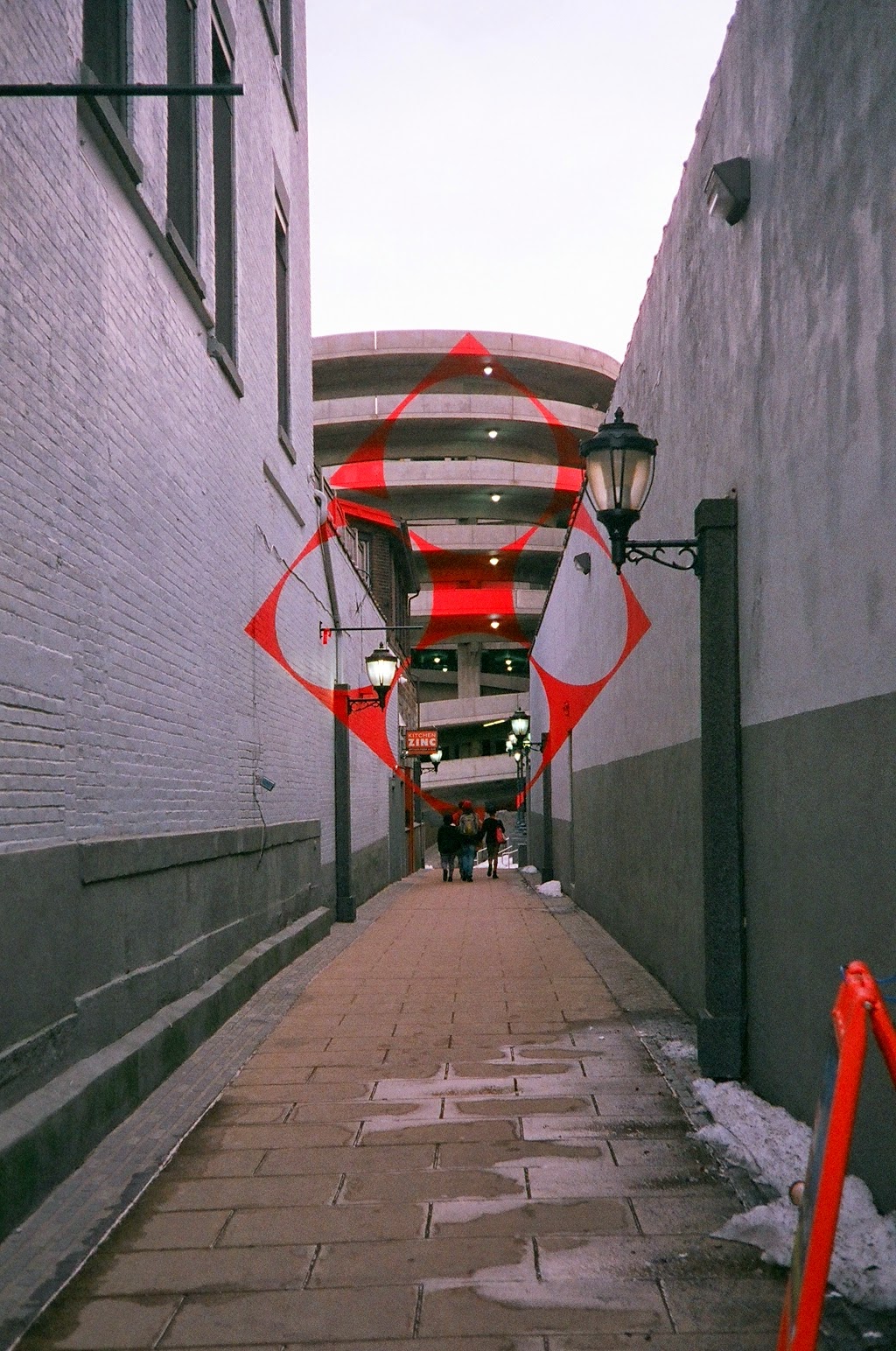 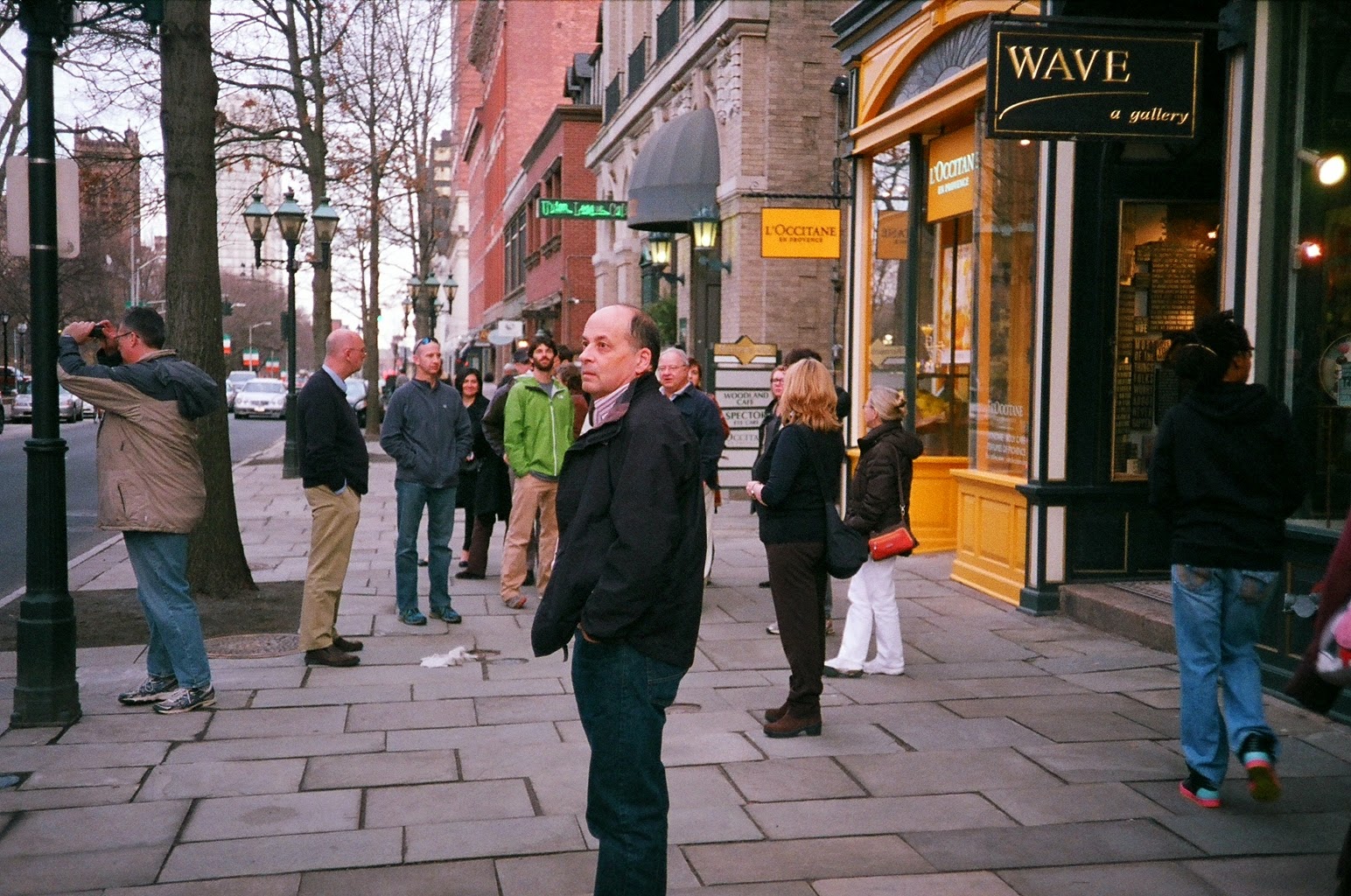 Some shots from a roll of Kodak Tri-X 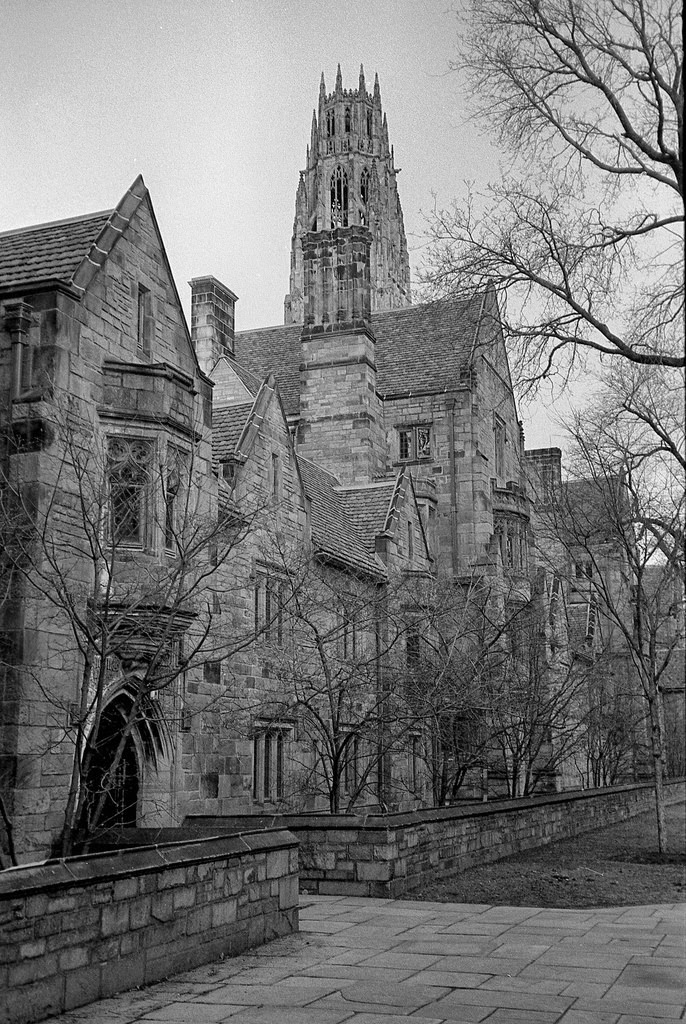 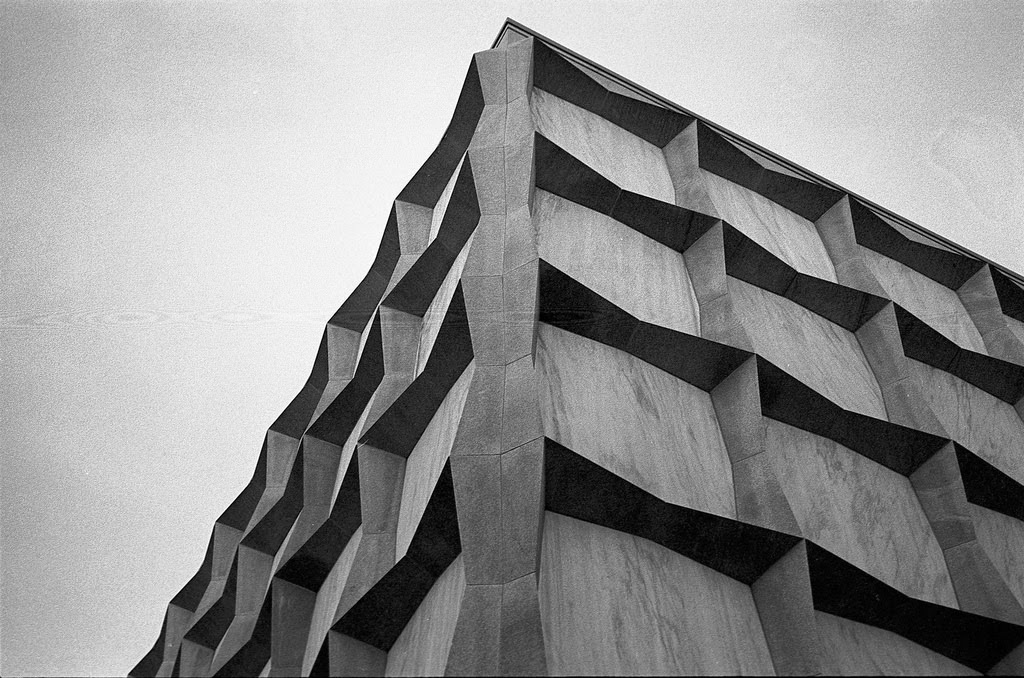 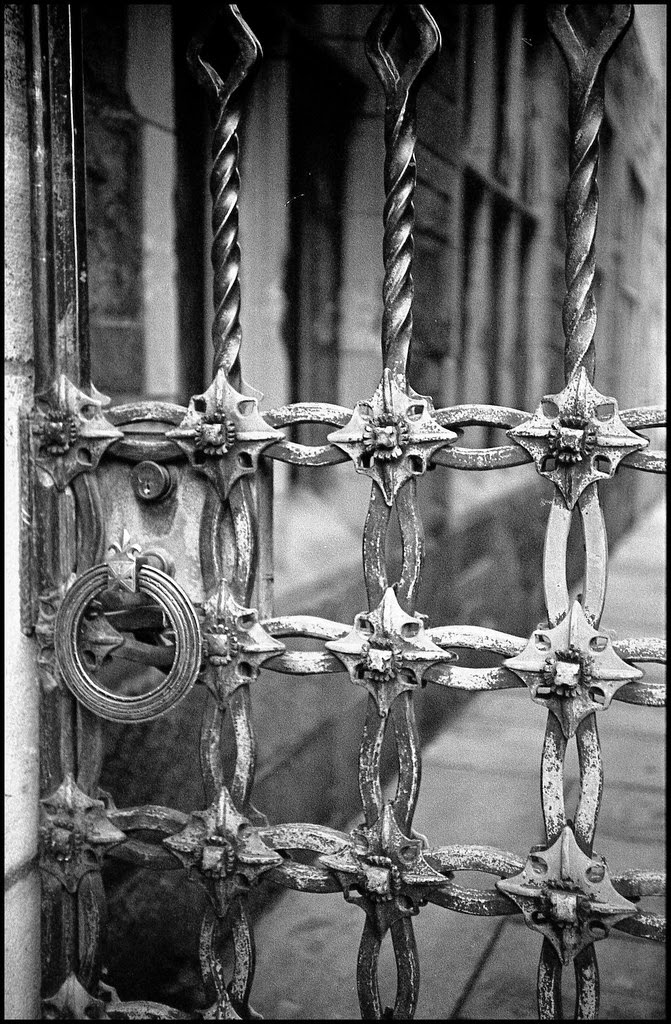 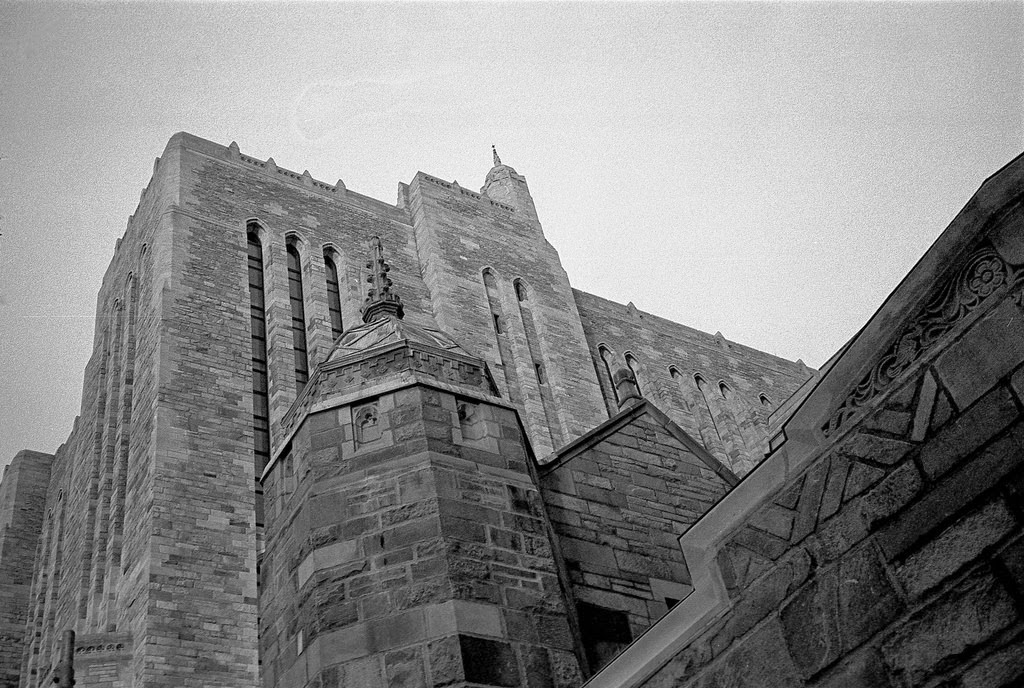 Posted by mfophotos at 12:59 PM No comments: 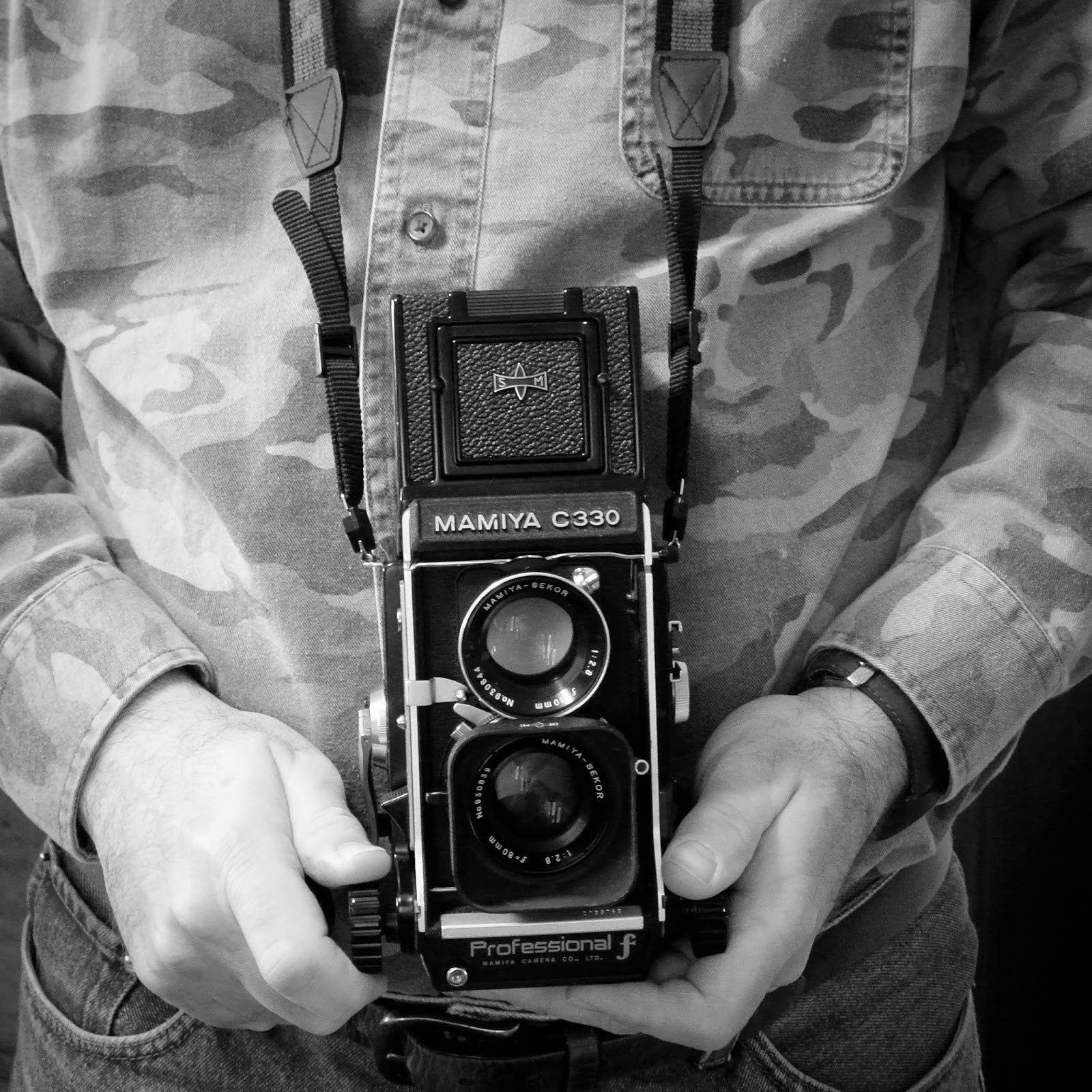 Several weeks ago I helped a widow part with her deceased husband's photographic gear.  I got all the items cleaned up, tested, photographed and sold on ebay for her, and she did quite well as a result.  One camera that did not go to ebay was a Mamiya C330f outfit.  I paid her for that at a discounted price, and did not charge her a commission for the ebay sales.  I had always wanted a C330, as it was the final version of a remarkable series of TLR cameras from Mamiya (actually, the C330f was followed by the C330s).  This beauty came with the 80mm and 135mm lenses, waist-level viewfinder, prism finder, lens hood and lens caps.  It certainly is a tad heavier than the Rolleiflex and no heavier than a Hasselblad.  What I love is the extension bellows which gives me the ability to close focus to less than a foot away. This is an awesome feature, and I put it to the test this past week.  I like the camera so much, I sold my Rollei and my Hassy.  If any camera can get me back in the darkroom to print again, it is this camera.

The Mamiya C330 was designed to be a professional-grade system (it even says "professional" on the front of the body), and everything about it says versatility and reliability.  All I had to do was replace the foam light seals on the back and I was ready to start using the camera.  I didn't have a manual, and one is very helpful with this camera.  Thankfully, Butkus.org has manuals.  This site is also very useful.

Using the camera comes pretty naturally to me.  The focus screen is nice and bright, and the controls are easy to find.  It does pay off to read the manual, as this is a more complex beast than the Yashica A or my Rolleiflex Automat.  I used my Gossen Pilot light meter and several different rolls of film.  I have yet to send the color Fuji 400H off to be developed, but I did develop the B&W. One roll was 30 year-old expired Kodak Panatomic-X -- what a wonderful film!  I shot it at ISO 20, and the results were excellent. Others were shot on Ilford FP4+.  T love the out-of focus blur of the background when the subject is close by! 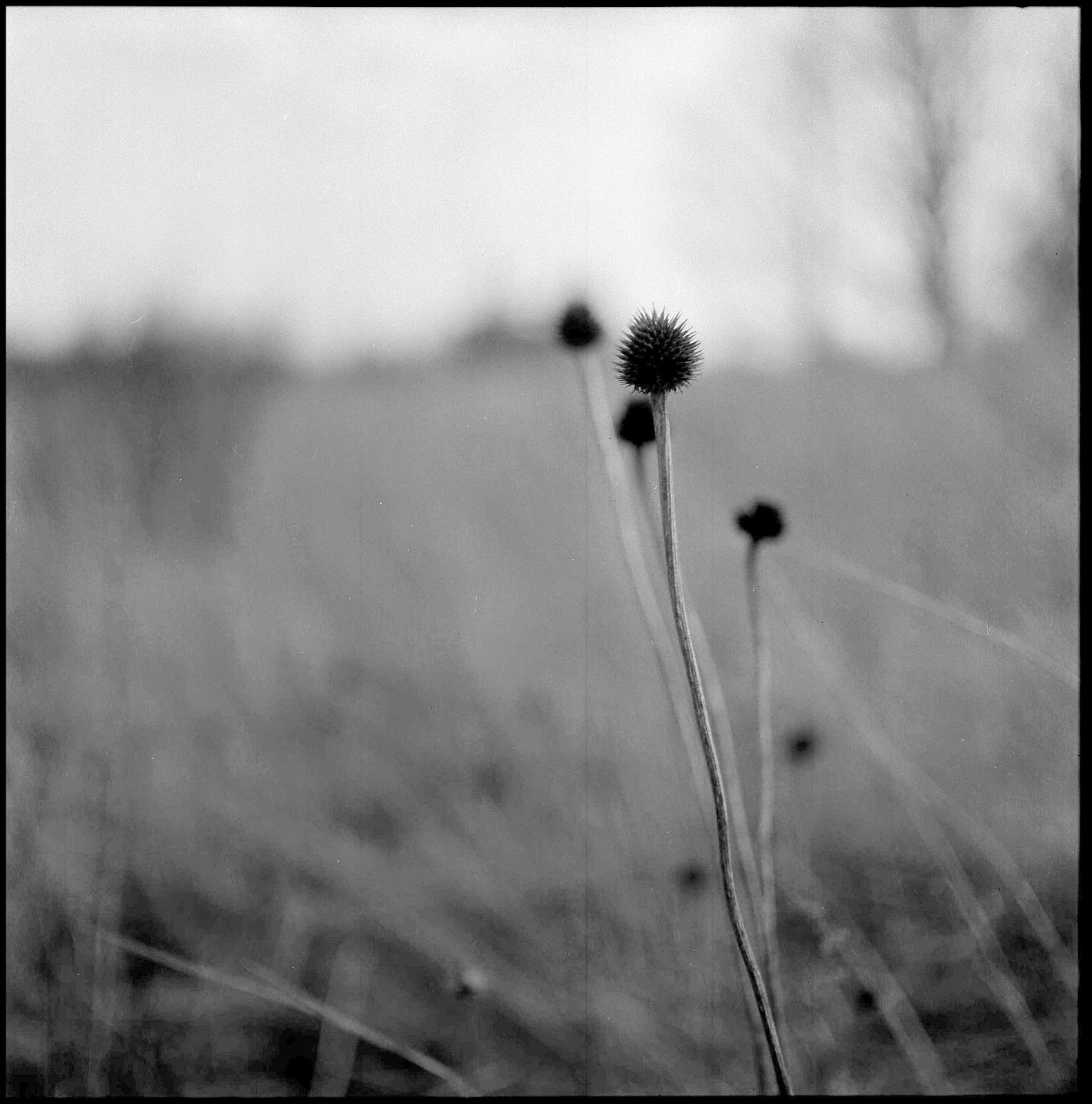 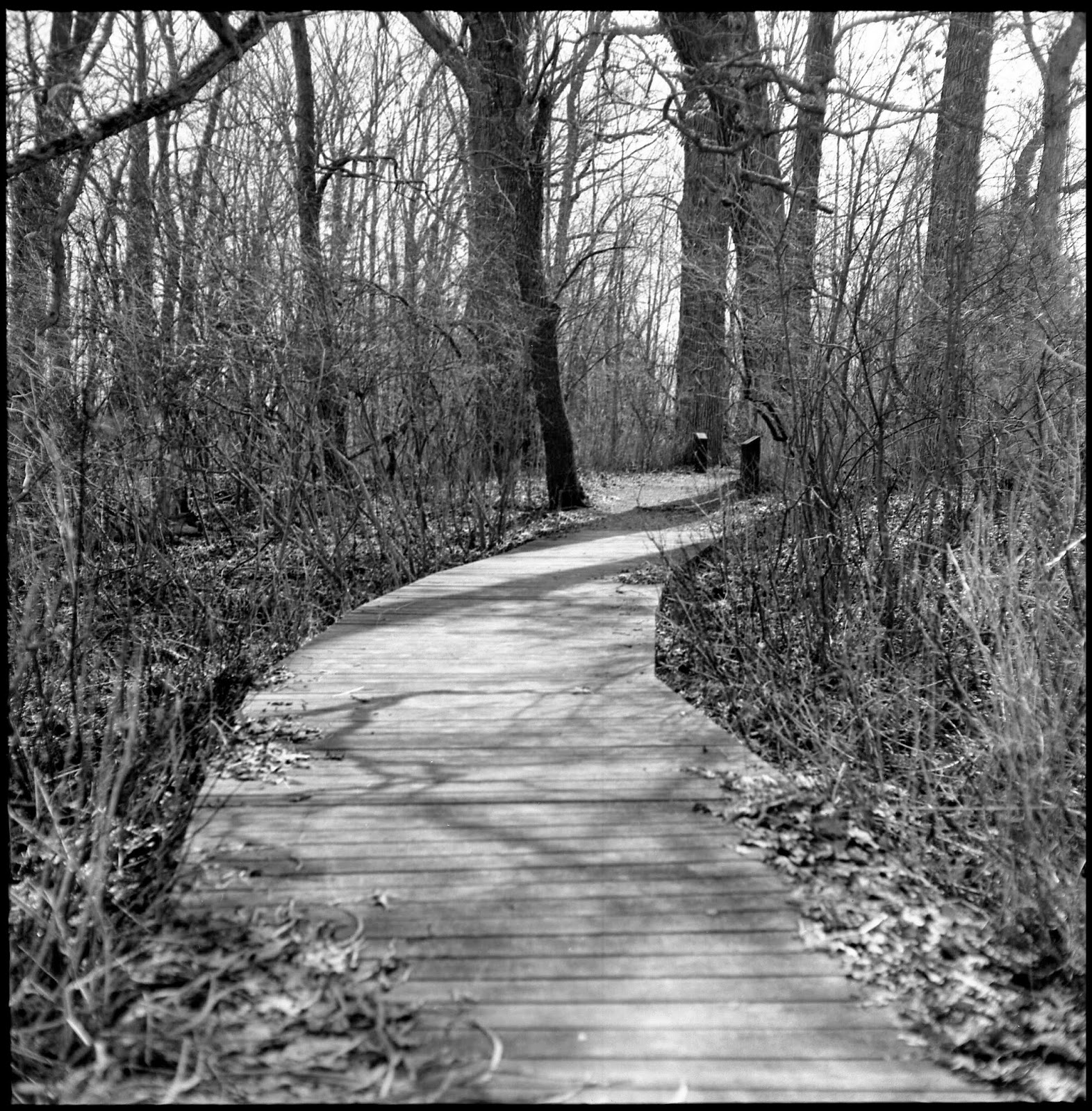 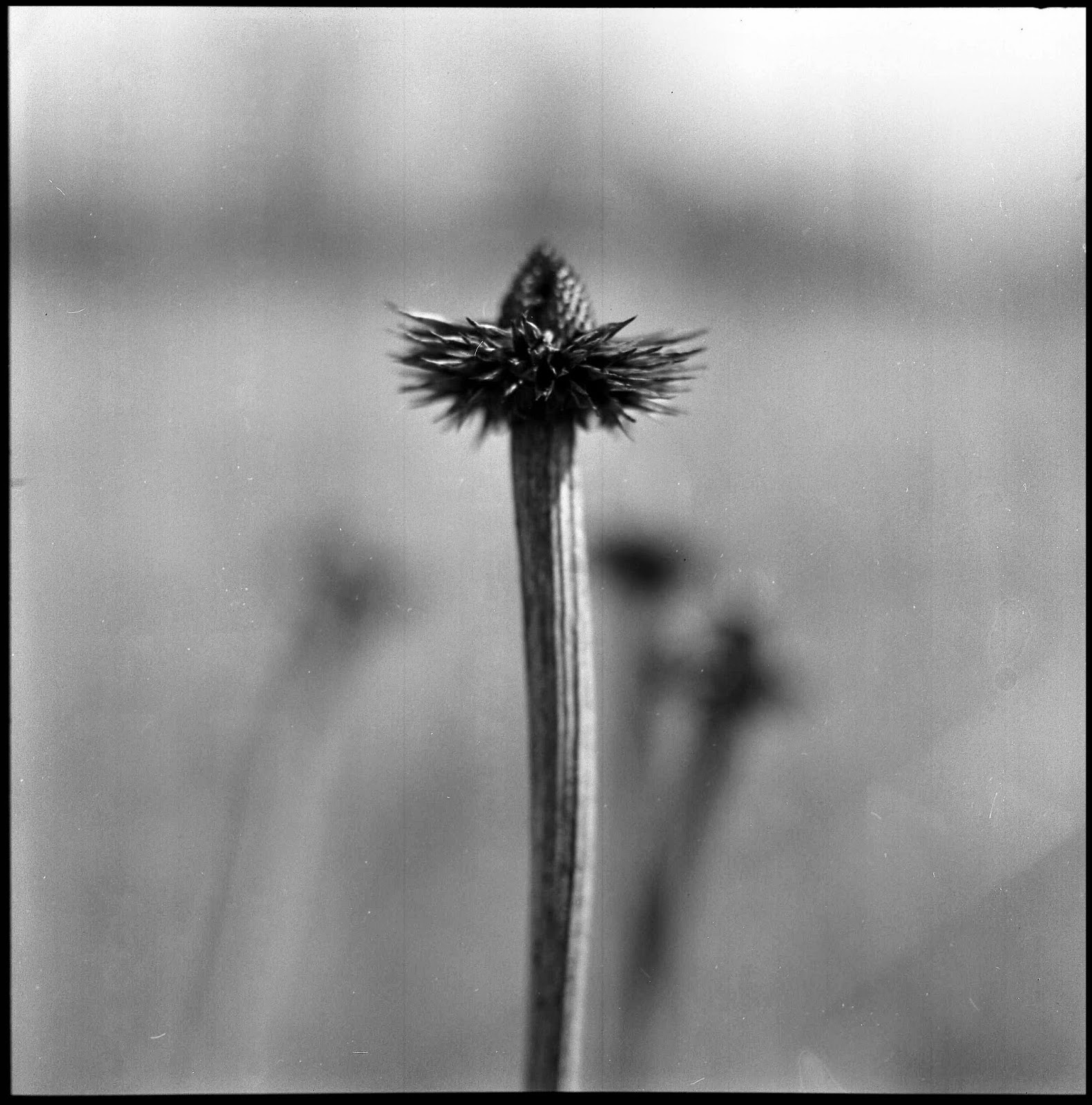 All these images were taken at Matthaei Botanical Gardens last Tuesday. I can't wait to do a lot of shooting with it this summer.


Posted by mfophotos at 8:53 PM No comments: 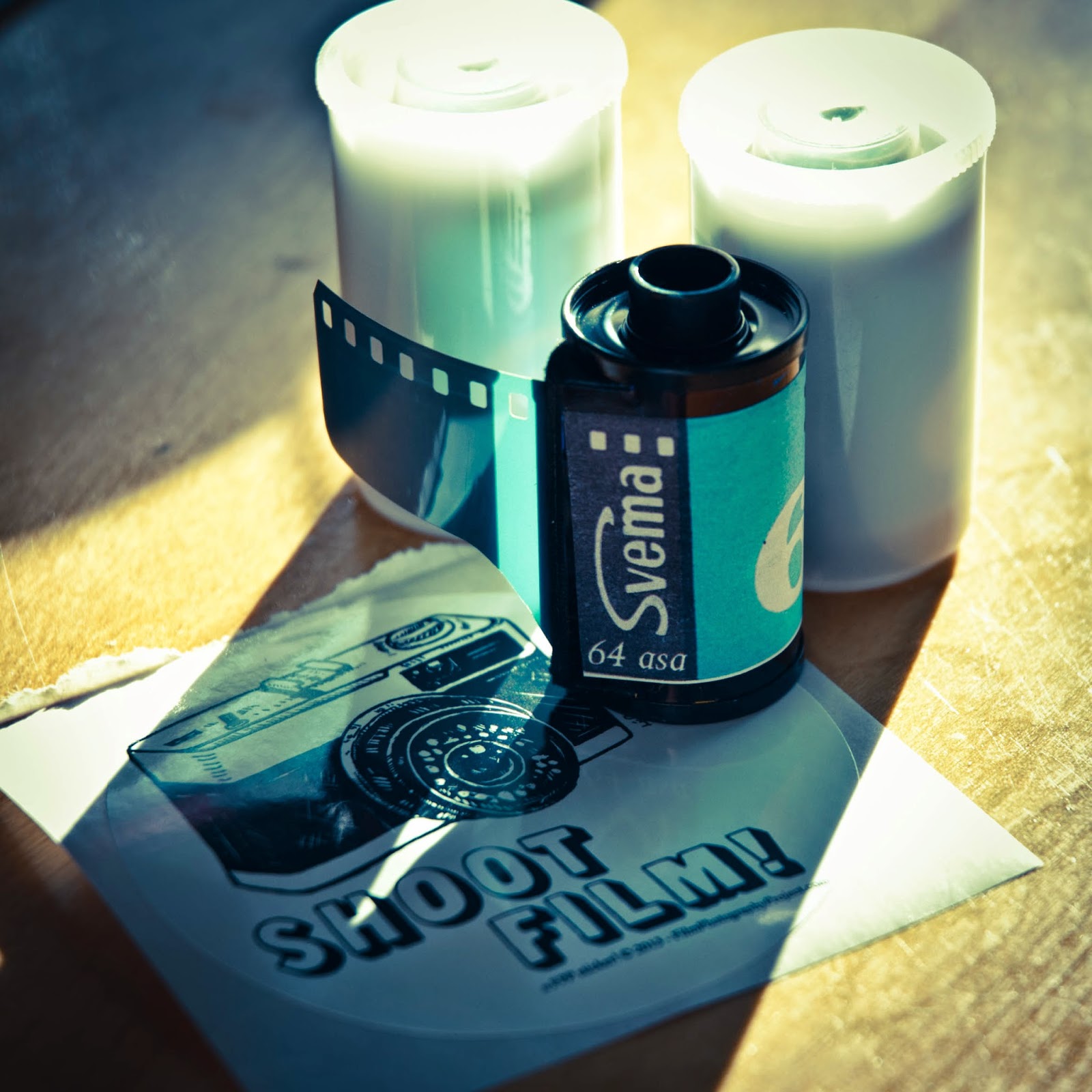 I greatly appreciate Mike Raso and the Film Photography Project's aims to increase the use of film and film cameras.  In doing so, they opened up an online store which gives folks a chance to try out films that they might never see otherwise.  A few weeks ago, Mike sent me a small package with three rolls of the Ukrainian-made Svema FN64.   Now, the last time I tried a roll of Svema, it was one that had been produced in the 1970s.  This latest batch of film is not that.  This is a fresh film, and FPP is selling it in individual rolls and in bulk rolls.  I have no idea how they find this stuff, but the word must get around!  Anyhow, the film has an ISO of 64, and is made on what looks to be a PET base, not acetate.  Therefore, be careful when respooling from bulk rolls, because that film base has "light piping" -- it transmits light like a fiber optic.  The good thing is that the PET base is very flat and not prone to curling and scans very well. My first question after shooting a roll of something new is, "Do I like it?"    That is, if I like the appearance of the negatives when I hang the film to dry, it's a good chance I'll like the results.
My first roll of the FN64 was shot in my always-dependable Nikon FM2N with a 50mm f/2 lens -- the standby.  I shot the film at the box ISO of 64.  The film was developed in Rodinal 1:25 for 6 minutes and 15 seconds at 20°C.  I greatly enjoyed seeing the used developer pour out as a dark purple -- much as when I used to shoot the Agfa films.

I shot the roll walking around the campus during my lunch hour last week -- one of the days where it seemed like we are finally in the grip of spring and not winter.  The film has some grain which may be more noticeable due using Rodinal.  However, the grain is not unpleasing, and the shadow detail is very good. I am pleased with the results from the scans, and it looks like this film would produce some good prints.  I'll shoot the other two rolls, and probably buy a bulk roll soon.  Thanks to Mike and the FPP for giving me a chance to try this out! 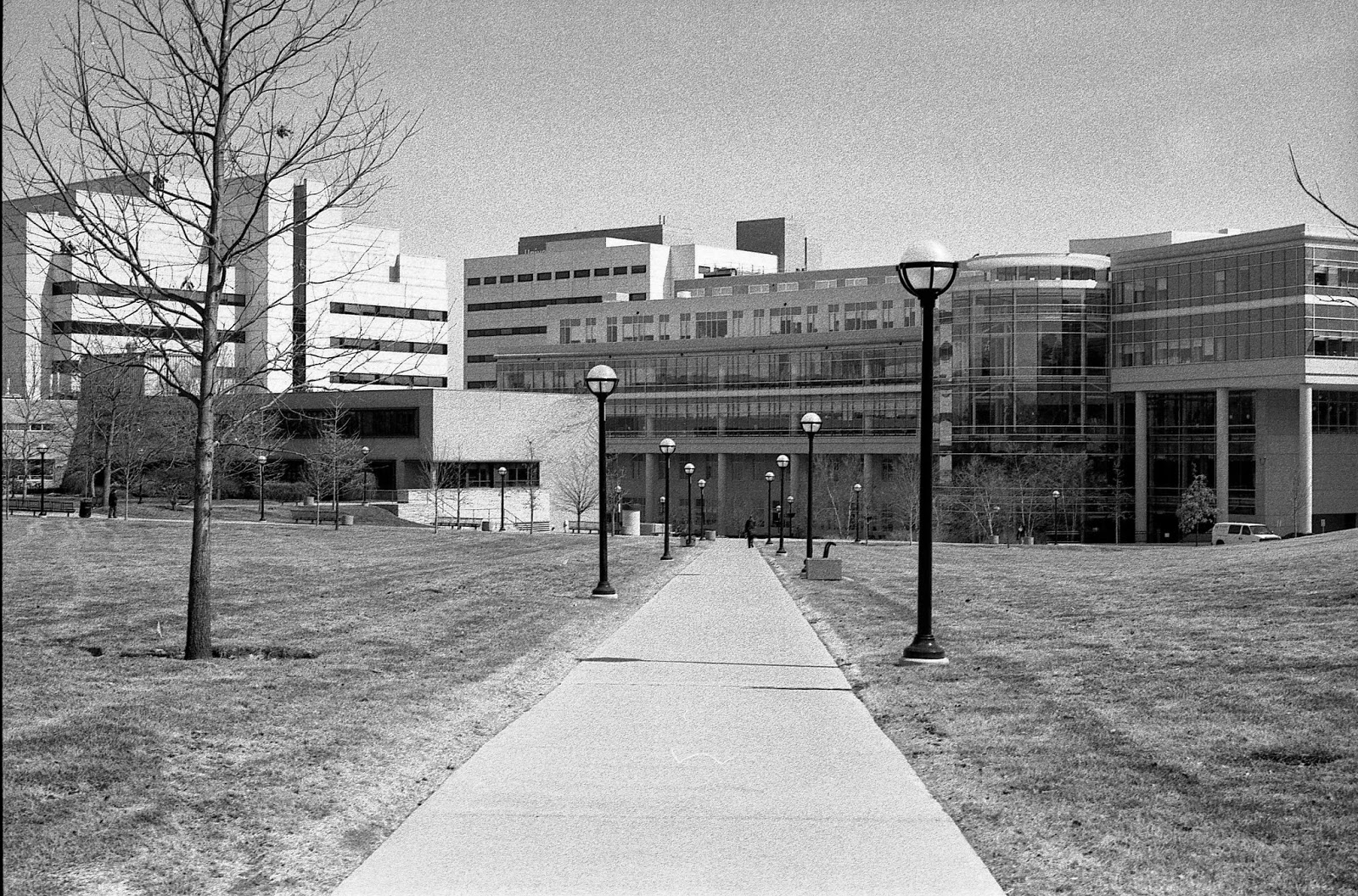 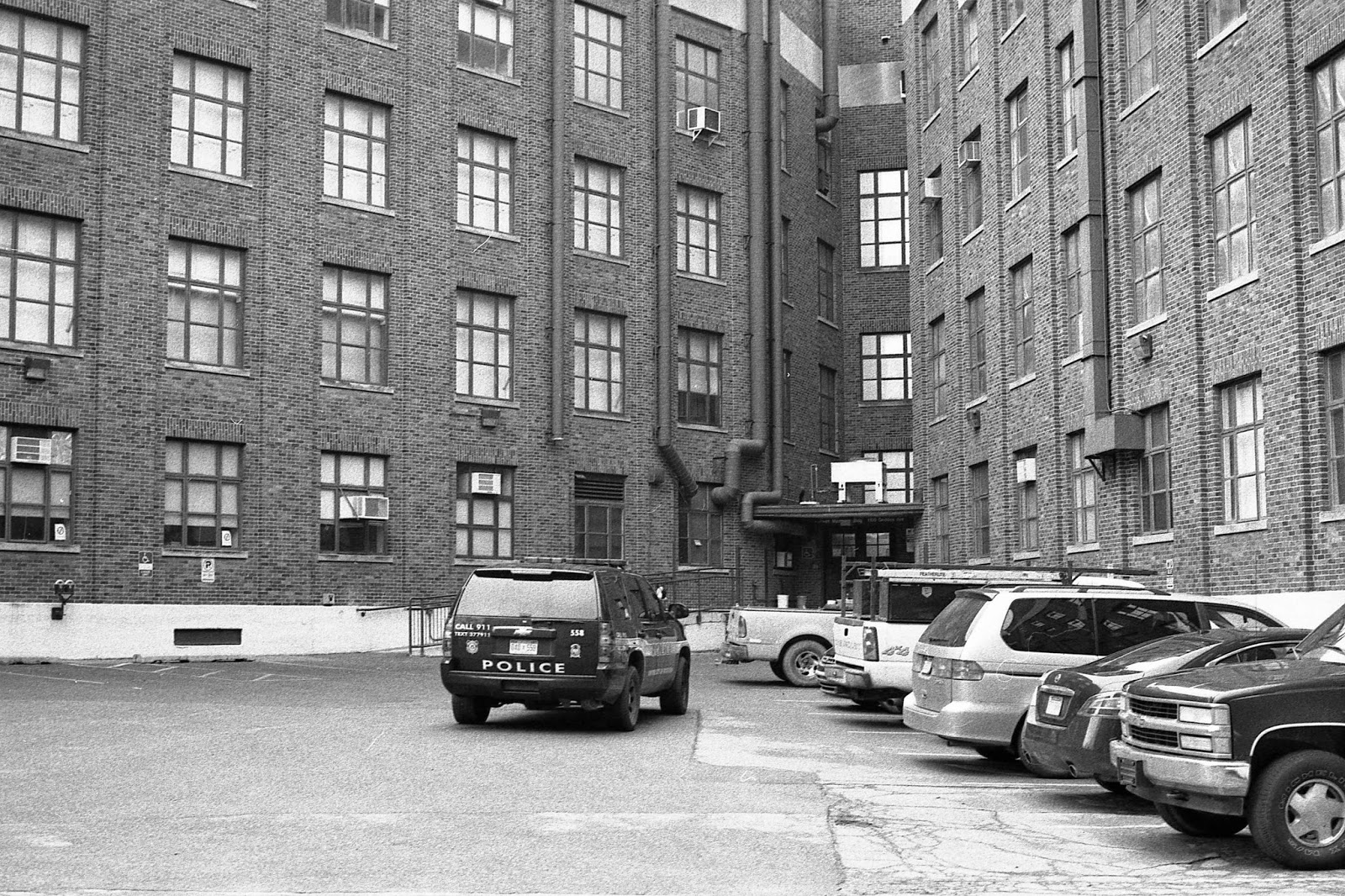 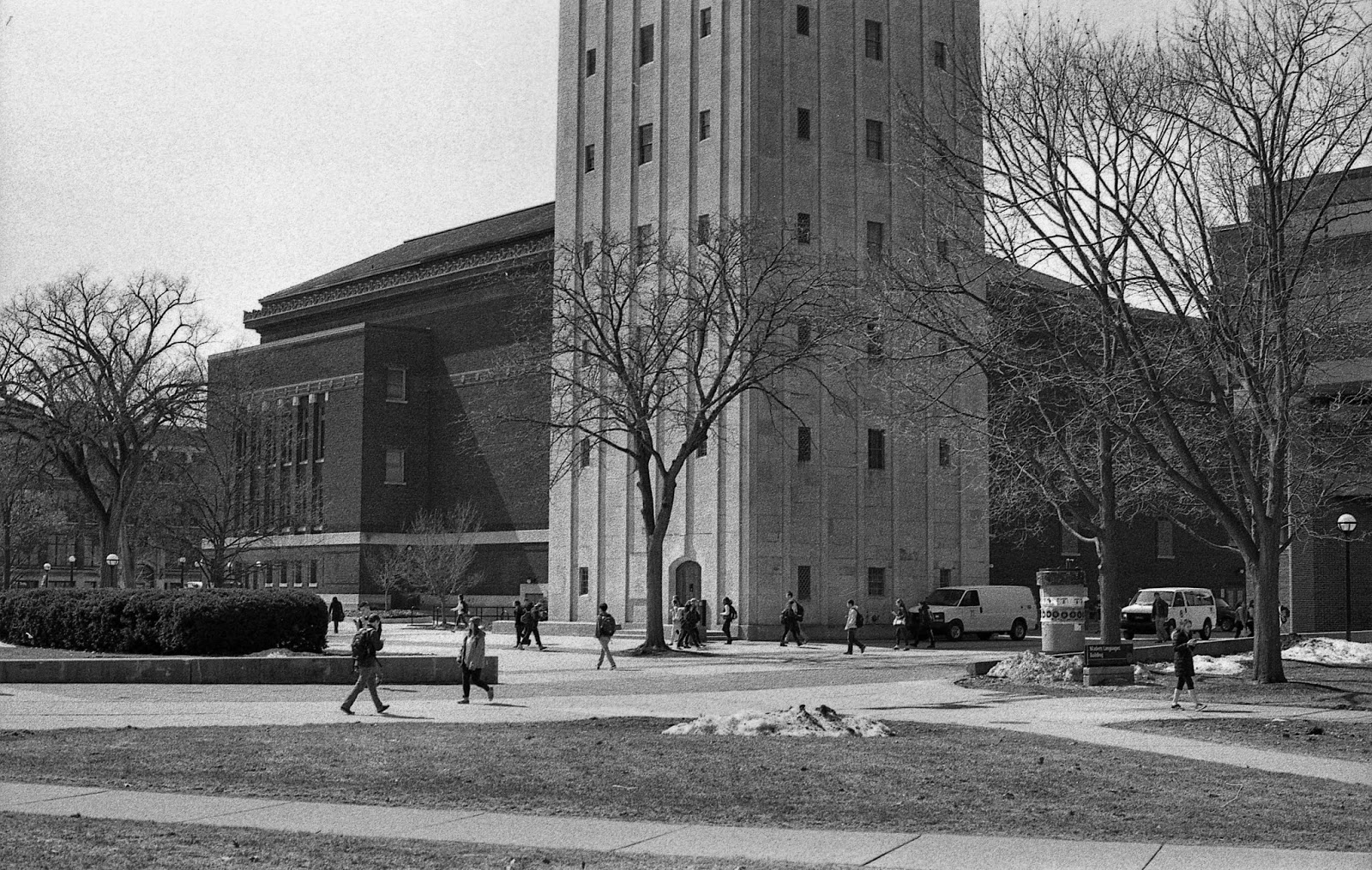 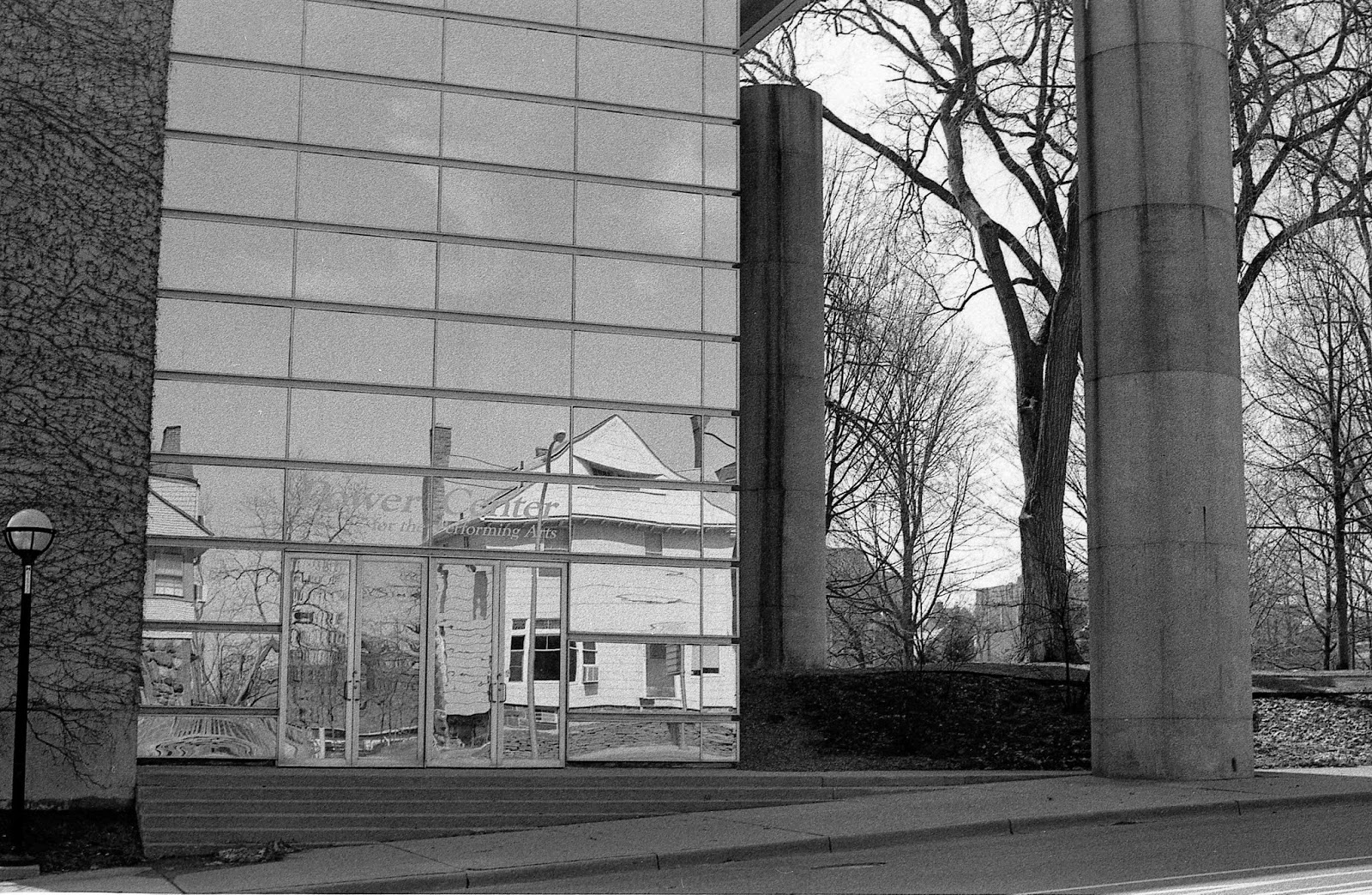 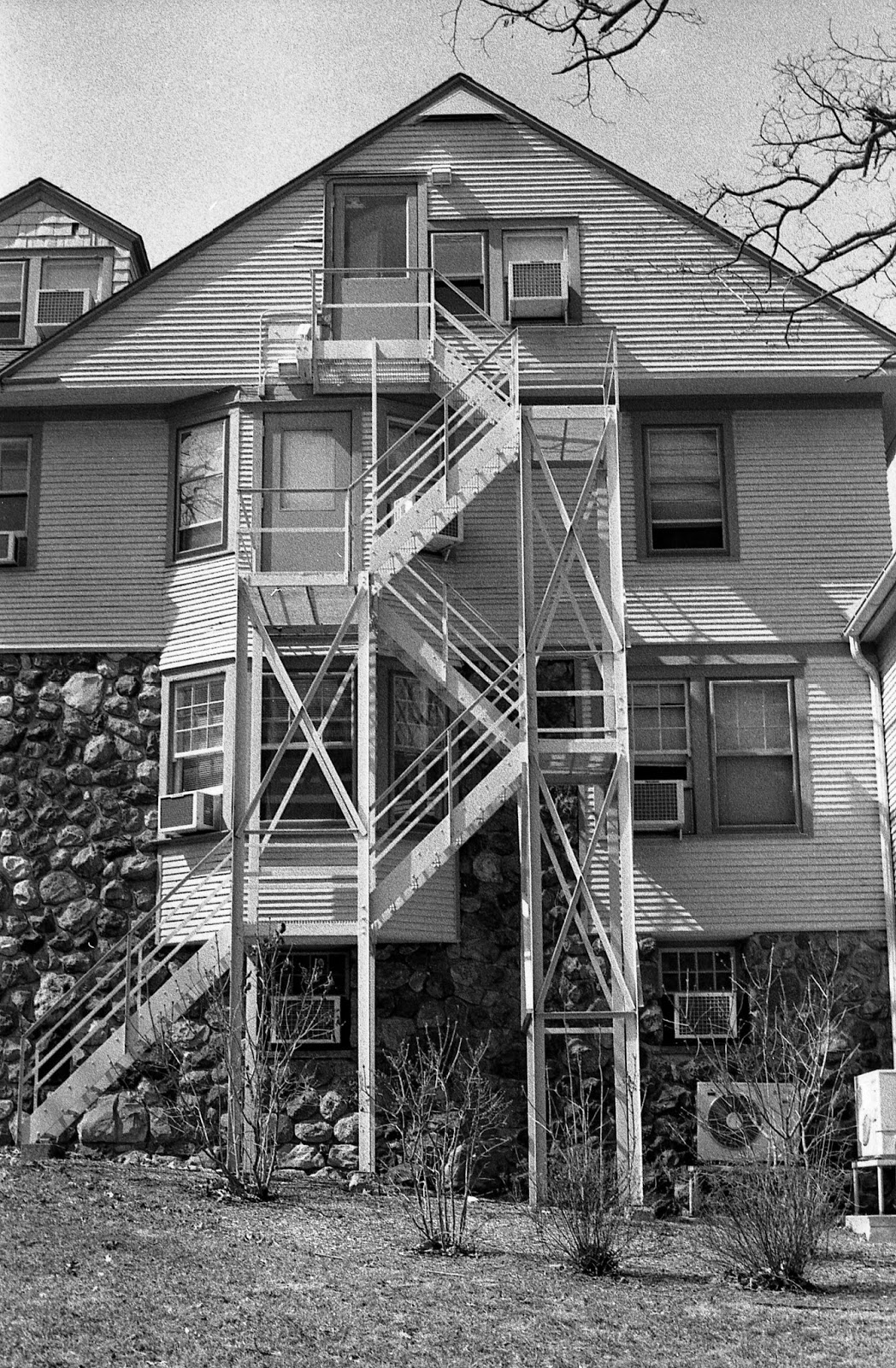 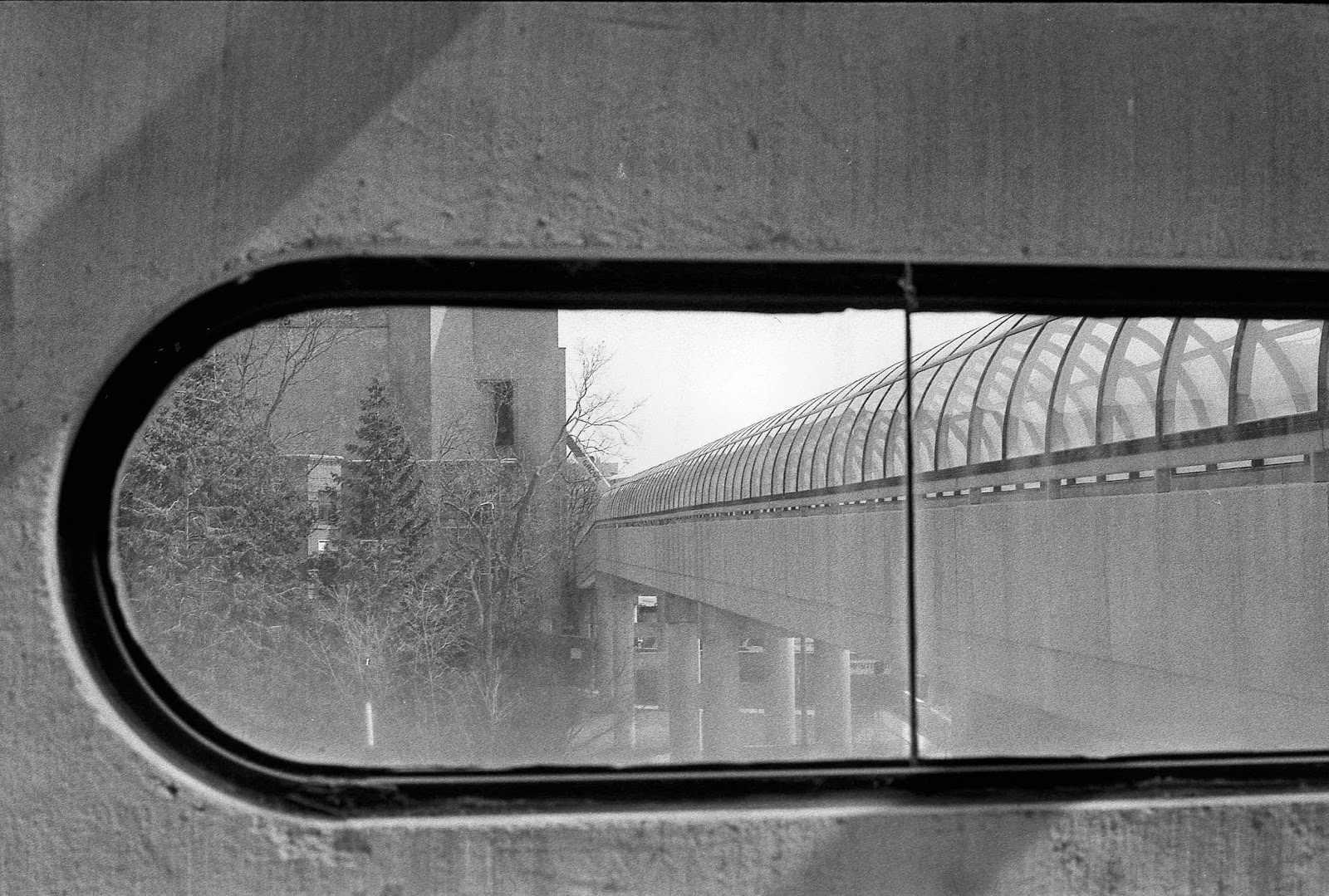 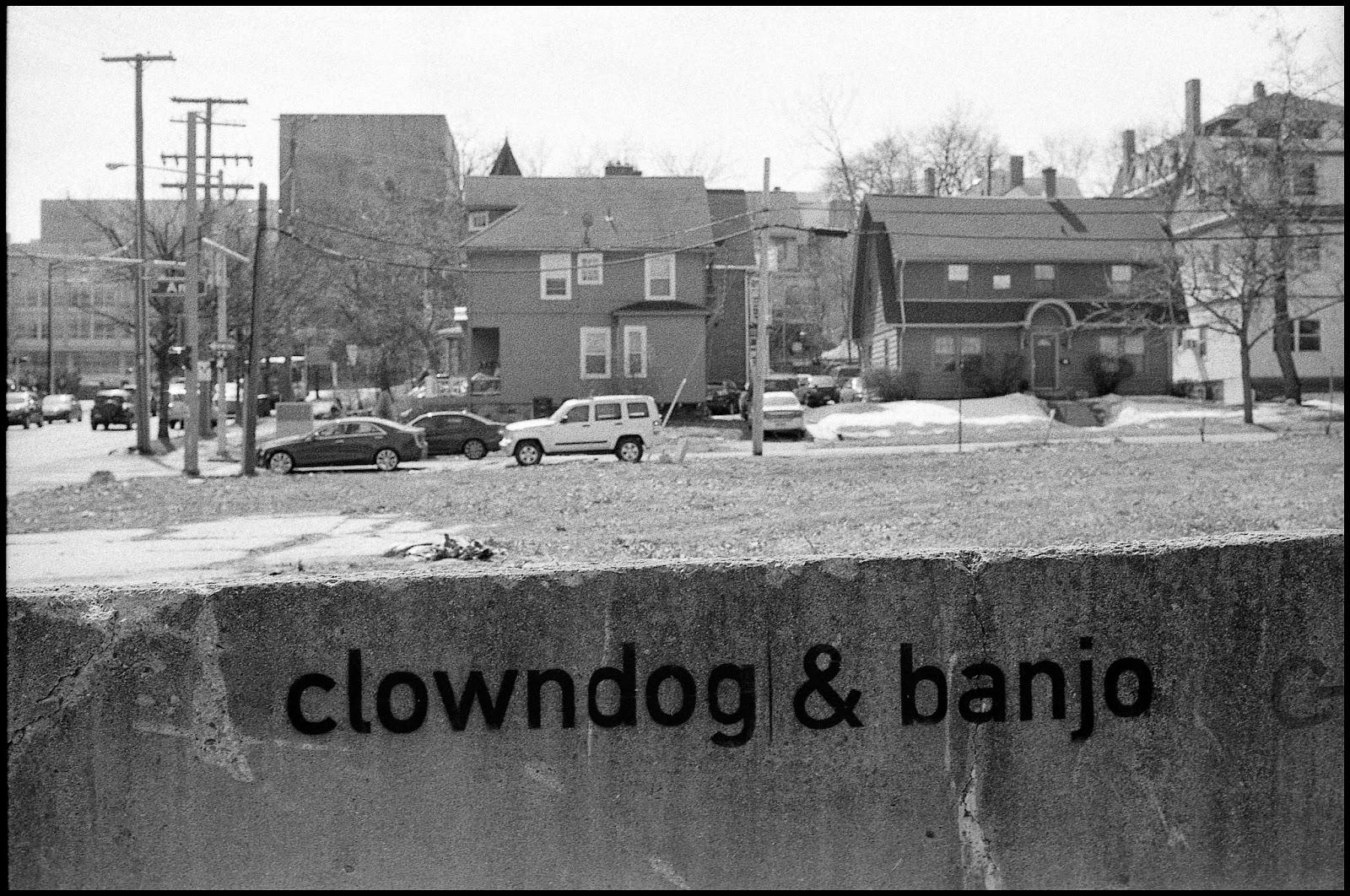 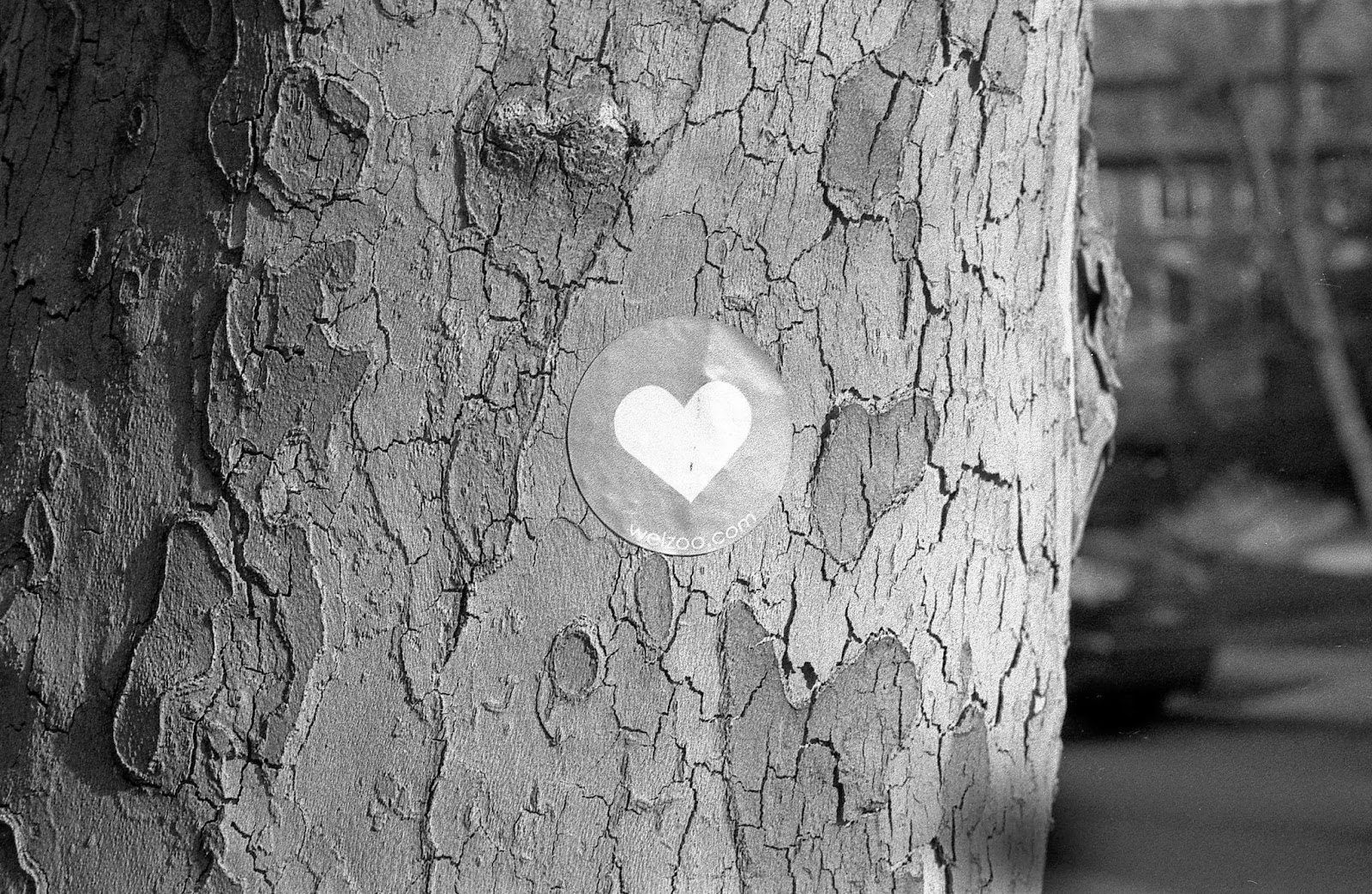 Posted by mfophotos at 6:47 AM No comments: