I worked all day yesterday at the Michigan Photographic Historical Society's (MiPHS) sale tables, and sold a ton of stuff for the Society. I didn't venture out and about the floor at the Royal Oak Elks Lodge all that much, so I don't have a report on what interesting items were at the sale. I did however, stop at one table where the vendor had a box of several Praktica SLRs. These cameras were all made in post-war East Germany by K.W. (I'm not going to spell it out, but you can look it up), which was later absorbed into Pentacon VEB. The Praktica FX3 was made between 1956 and 1959, and lacks an instant-return mirror. It has a M-42 lens mount, and shutter speeds from B- 1/500 sec. As you can see here, it has a "waist-level" (WLF) viewfinder. Not the most Praktical way to photograph with 35mm, but it works. I decided that I had to have the Praktica, as they have always intriqued me, and it was in good working condition, or at least it seemed to be. The lens is a Carl Zeiss Jena Tessar 50mm 2.8.

Anyhow, I cleaned up the camera last night and took it out today and shot a roll of Kodak Gold 100. The WLF takes some getting used to (though my first SLR in 1974 was an Exa IIa, and it had a WLF), and I am sure bifocals don't exactly help. Of course, you have to wind the film to reset the mirror. One one hand, the WLF should be good for street photography, since it is not obvious what you are photographing. On the other, it sucks for vertical shots.

I dropped off the film earlier this evening at Walgreens, and picked up the CD an hour later. I'm impressed not only with the sharpness of the images, but my sunny-16 metering skills haven't diminished (ha! you say, yeah but it was C-41 print film...). I have a few other M42 lenses to try out with it, but the Tessar is a good lens to stick with.

A street vendor at the edge of campus.

A Ginkgo tree at the Museum:

A look at Cobblestone Farm:

The front door there:

Overall, I'm impressed with the results. It'll be a challenge shooting with this camera, since the WLF does take some time to get used to and adjusting the focus really requires use of the pop-down magnifier. On the other hand, using f/16 and prefocusing for street photography should yield some interesting images.
Posted by mfophotos at 9:06 PM 2 comments:

A woodsy walk soothes the psyche 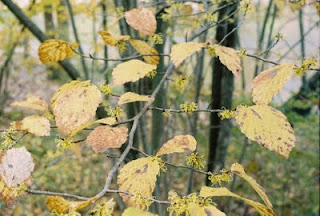 Today was perhaps one of the nicest days all month. October has been chilly and often damp this year, and there haven't been all that many days when it has been without a chill. I took a hike over to Nichols Arboretum for a long lunch, and shot a roll of Kodak Gold 100 with my Nikon FG. There are not than many reds in the woods at the Arb, but there are lots of yellows. I had a good time traipsing around and realized that I should throw out the crappy tripod I keep at work and bring in one of my better ones.

Nonetheless, it was better than no tripod at all, and I took some fun photographs. I stopped at Walgreens after work, dropped off the film, went next door and browsed books at Barnes and Noble, and went back and picked up my developed and scanned film.

Posted by mfophotos at 9:47 PM No comments: 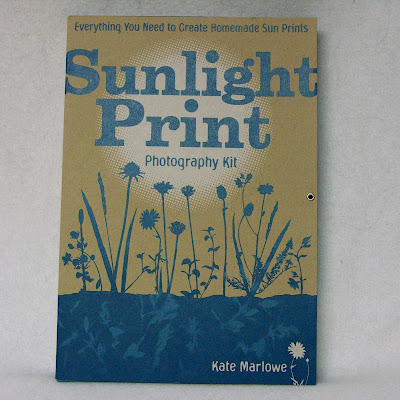 I was surprised when I walked into the local Barnes and Noble bookstore a few weeks ago and saw a cyanotype printing kit by the front door. Cyanotypes are one of the oldest alternative photographic processes that are easily done, and combined with modern digital techniques, remain an accessible way to make original art from photographs (more on that later). You might have seen the original "Sunprint" kits in catalogs or in gift shops. The kits were really nothing more than a dozen sheets of 4x4" blueprint paper, a rectangle of acrylic, and a sheet of instructions for making prints. I used larger sheets years ago when I did a workshop with 4-H kids.

So, I purchased this attractively packaged kit for $14.99 (it was less with my B&N discount card), and opened it up after I got home. It's a nice little introduction to cyanotypes, and what sets it apart from the "Sunprints" package is the included book by Kate Marlowe. Sun Exposures, A guide to Low-Tech Photography is a nice introduction to photograms, alternate processes, and low-tech cameras, such as pinholes. I was surprised by the small book, and it's obvious that this kit would make a nice gift for budding photographers and anyone that enjoys the hands-on of DIY photography. 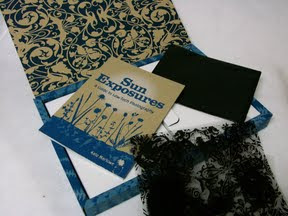 The kit includes the book, sheets of cyanotype paper, and acetate overlays to create some different photograms. The back of the book has a list of resources and suppliers for those that want to do more with cyanotypes and other photographic techniques. I think it's $15 well-spent.

You don't need to just use some flat objects to make photograms to have fun with cyanotypes. You can shoot digital and use a graphics program to make a digital negative, which you print on overhead transparency film (denser negatives work better) and then use that to produce a positive cyanotype. Or, you can scan in a film negative and do the same. Or, you can find antique glass photographic plates and make prints from them on the cyanotype paper. Of course, larger negatives = better prints. Anything larger than a medium format negative (6x6 cm) will be suitable.

The other beauty of cyanotypes is that if you use blueprint paper, all you need is water to process them. No darkroom needed. Cyanotypes remain a viable artform, and you only need to go to the Alternative Photography website to view some nice work. The Detroit Institute of Arts has held cyanotype workshops in its new wing. One web resource has videos showing how to make your own cyanotypes.

So, all you really need now is some sun. I see it it's going to be a sunny day here (finally). Time to go make some prints!
Posted by mfophotos at 9:54 AM 2 comments:

Saturday, October 17 2009 is World Toy Camera Day -- a day for people all over the world to take photos using "toy" cameras. Even though that term is now in common usage, I dislike it because it tends to have a negative association with people that are not aware of the wonderful imagery that has been made from plastic cameras such as the Holga, Diana, and a bucketload of cheap plastic 35mm crappy wonders. However, for want of a better term, World Toy Camera Day (WTCD) is always fun (just a sidenote here regarding fun. Have you ever tried typing while a cat is on your lap and pushing its way onto your keyboard? Johan is doing just that...).

For more info and photos from WTCD.... go here, here, and here.

I'm not sure what I'll shoot with, but very likely the Fisheye Diana... A report on it is coming soon.

Posted by mfophotos at 7:36 PM No comments: