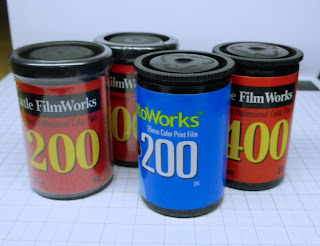 Last year, I picked up a few odd rolls of long-expired color film, and most of it was labeled Seattle Film Works with expiration dates from 2000 to 2002. At one time, Seattle Film Works (SFW) was known for their line of SFW-XL films that were actually Kodak and Agfa cine film with a remjet backing -- and SFW was the only place that would process that film.  I wrote briefly about Seattle Film Works in a previous blog post on ECN-2 process films.  Until the 1990s, SFW films were all ECN-2 stock, but in the mid-late 1990s, the company started switching to C-41 film stocks and did not change the process used on the film canister.  By the year 2000, SFW had morphed into PhotoWorks, with a change in the canister colors and design -- and indicated that the film was C-41. The other change was going from 20 exposure to 24 exposure rolls. Typically, when you sent your "SFW-XL" film to SFW, you received a "free" roll back with your set of prints. In the late 1990s, I used a fair amount of the SFW film and received prints, negatives and slides + the roll of film with every order.  In 2000, a lawsuit claimed that SFW engaged in deceptive practices by claiming the film, now C-41, could only be processed by SFW.  That lawsuit ended with PhotoWorks having to send out thousands of free rolls of the C-41 film to customers.  By 2011, PhotoWorks was gone, its customer list sold to Shutterfly. 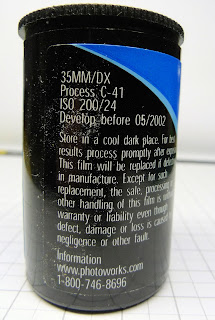 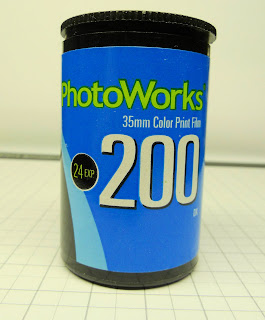 The roll of PhotoWorks 200 was manufactured it Italy - hence it's Ferrania (Solaris) 200 film, and its expiration date was 05/2002.  That puts the film as being made around 2000.  Given its age, I figured that I would rate it at ISO 64.  I loaded the roll into my Ricoh ZF which I reviewed previously in my post on the Tucson Police Dept. camera. After I finished the roll, I developed it in the FPP C-41 kit.  Some of the images are presented below. Overall, I was pretty happy with the results, and the 64 ISO rating was really on target. 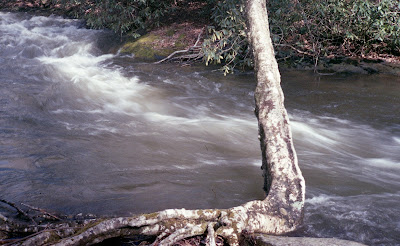 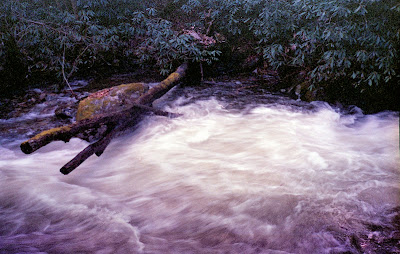 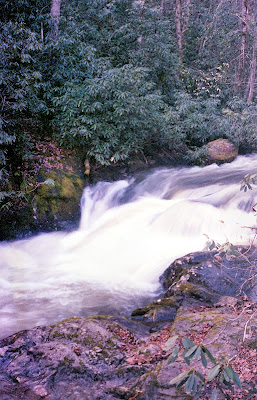 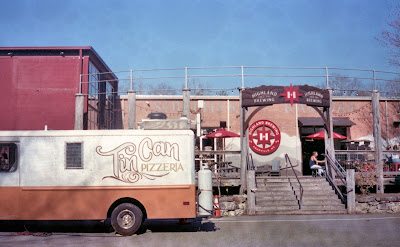 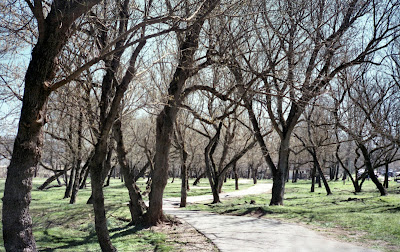 One of the unknowns with any long-expired film is how the film was stored for the past 20 years. More than likely, the film was in a camera bag in a closet, which at least means a relatively stable thermal environment. My experience with expired color films is that to never expect perfect results, and the higher the ISO, the less sensitive the film is over time, as dyes oxidize.  Without making a 1 stop loss/decade for adjusting the ISO, you'll definitely end up with poor results.  If this was the 400 ISO SFW, I'd probably shoot it at ISO 80.

For expired E-6 (slide) films, it's even more critical to test a roll, if possible,  before shooting anything serious. If the film was stored in a freezer or fridge for most of its life, then low ISO films such as Fujifilm Velvia 50 can often be shot at box speed, or at ISO 32-40. Ektachrome 400 should be rated at least at 200 -- if it was cold stored.  Again, part of the fun with long-expired films is to see what you'll get - but don't use them for once-in-a-lifetime shots.  With the access to color film seemingly restricted at this time, expired films are selling for a lot more.  Don't overpay!

Posted by mfophotos at 12:01 PM No comments:

You know if there is a low-ISO film out there to try, I will do so.  Ultrafine Online has the Motopix line of color films that are ECN-2 process cine films that are repackaged in 35mm cassettes for your still camera.  A while back, I purchased a roll of the Eastman 5244 from them. Rated at ISO 1, it's a tungsten-balanced film that was manufactured in the 1990s for use as a intermediate film for making master positives from Eastman color negative films and making duplicate negatives from those master positives.  To do this, the film has to be very fine-grained, have high sharpness and resolving power.  The film is on a clear acetate base, and has a remjet backing. 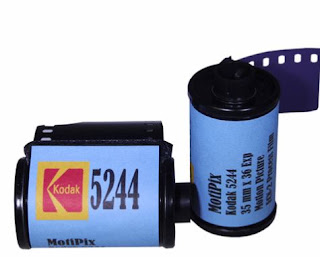 The roll of 5244 sat around in my film box for a few months before I finally loaded it up in my Pentax Spotmatic F.  Here's the thing - of course my Spotmatic F does not have an ISO setting even close to  ISO 1.  Because the camera is all-manual, I could shoot it sunny 16 in full sun handheld at F/2 and 1/30 sec shutter speed. Here's how you can figure this out:

That of course, is in full sun.  I also used an external meter and set my shutter speed and aperture accordingly when I used the camera on a tripod for some of the later images.

You may think that one might want to use a warming filter over the lens as the film is a Tungsten-balanced emulsion.  That would only decrease the light, and make for longer exposures. I can always fix the colors post-scan if necessary. That said, the beauty of these odd films are the sometimes serendipitous crazy results that convince one that using these films presents a different avenue of exploration.

I shot some of the roll two months ago and finished it up at the end of March, when our daffodils were coming into bloom.  I used a tripod for many of those shots, but the early ones were hand-held - hence the shallow depth of field, as you'll see.  I developed the film in the FPP C-41 kit, but first used a sodium carbonate and sodium bicarbonate pre-bath at 102°F for one minute, and then after pouring out the pre-bath, poured in several changes of water at the same temp, shaking that developing tank like a cocktail shaker. The first pour out will be really black, and subsequent rinses will go from gray/brown to light pink.  At that point, you are ready to do the  C-41 or ECN-2 developing.  The initial carbonate prebath is essential in removing 99.9% of the carbon remjet and not contaminating your developer. After hanging the film to dry, I used a photowipe on the base side of the film to remove any remaining remjet, of which little remained.

The film was scanned on my Epson V700 scanner, and files were opened in Corel PaintShop Pro, which has been my image editor for over a decade. 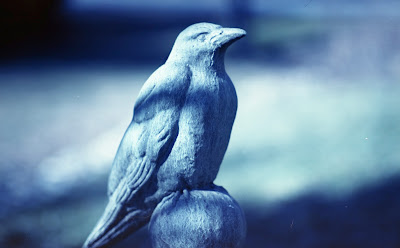 As you can see, the film is extremely fine-grained, and in the photos below, I'll point out any that have been altered by filters. 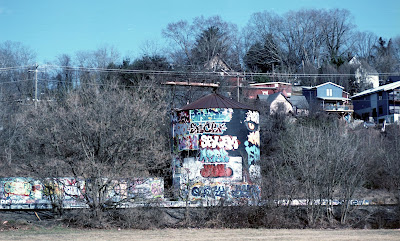 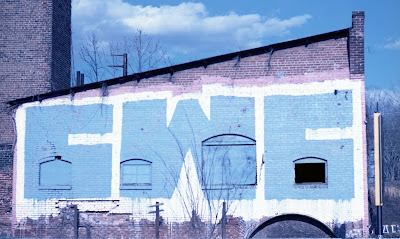 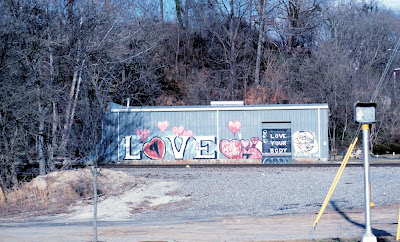 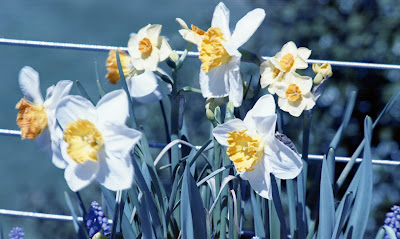 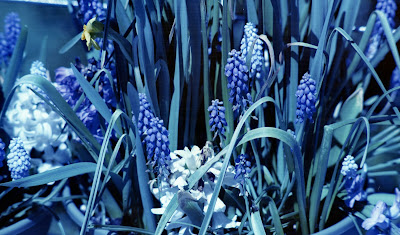 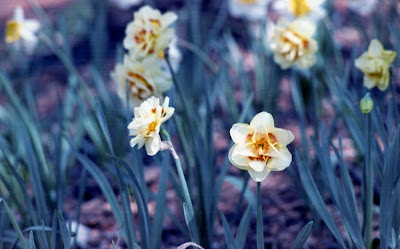 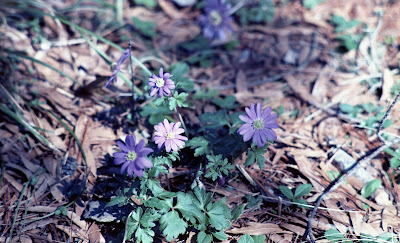 This was pretty much a test of this film, and I should get more of it to shoot some colorful city scenes.  Shooting it indoors would be crazy, as it is so slow, and for photos of people - well in bright sun you could go f/4 at 1/15 sec if you dare.   However, it could be nice for shooting a 1 sec (or longer if not sunny) on a tripod to achieve a series of ghostly movements of people in a city landscape.

Posted by mfophotos at 11:19 AM No comments: 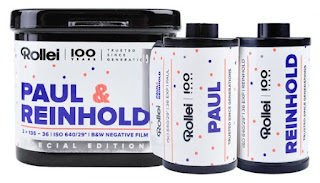 In 2020, Rollei films (MACO) introduced a film to celebrate 100 years of Rollei, which was found by Paul Franke and Reinhold Heidecke in 1920. Last year, I bought a two-pack of this film, which was marketed with an unusual 640 ISO rating.  Of course, as always, there have been numerous theories as to what this film really is, and to be honest, I have no idea, and I don't really care.  The label on the package says "Made in Italy." Perhaps Maco has contracted to Ferrania to do the film cutting and packaging.   I'm sure someone with more knowledge has details, but everything so far has been conjecture.

What I do care about is the film worth a repeated use?  Since the film comes in an attractive 2-pack container, the first roll was my "test roll."  I'll add that I like the idea of the plastic snap-lid 2 roll container, which Adox also used for one of their films, the CMS 20.  Walking around with 2 in the can and one in the camera certainly makes it easier to not lug around more stuff. However, I digress.  Back to the roll of the P&R 640.

I loaded the roll into my trusty Nikon F100, and did some photography in downtown Asheville and around Weaverville, NC. After finishing the roll, I developed it in Kodak HC-110 dilution B for 8 minutes.  I appreciate that the film lays flat and scanned very nicely.

Obviously a single roll doesn't always tell us much about how a film will perform in all situations.  The P&R 640 seems to have very good latitude, a bit speedier than a 400 ISO film, and very acceptable grain. I do think it's a very good choice for street photography, and really looks good from what I shot.

From the Rollei film site:

Since the P&R 640 is a "special edition" film, it's probably sold out at the bigger stores, but I found that Blue Moon Camera has it in stock, so I have ordered more.  At other sites and on the Rollei film pages, it's out of stock, but should be available after the end of April, 2022. I consider it a good film for the types of photography that I do. It scans well, has great tonal range, and low grain.  What's not to like?

Now, for some results: 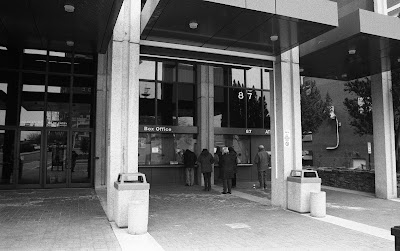 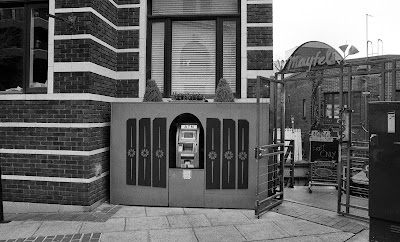 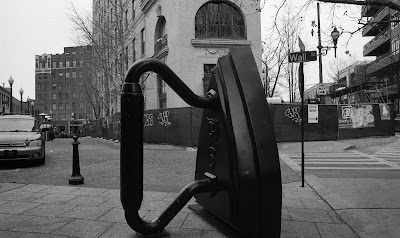 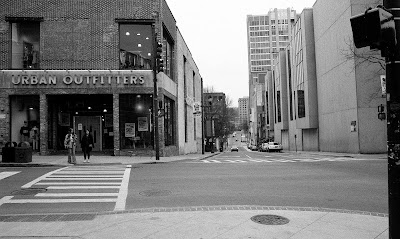 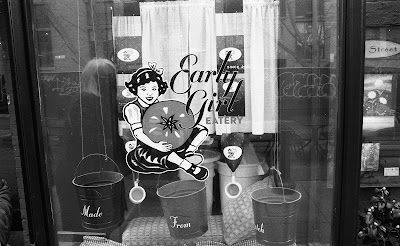 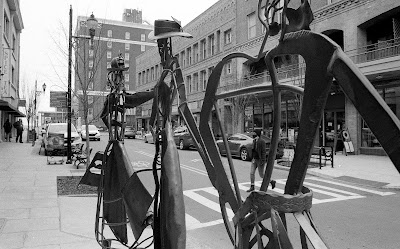 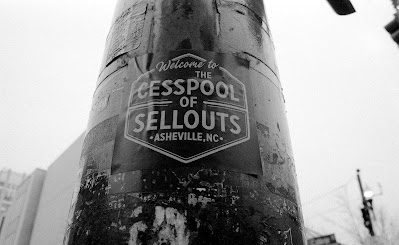 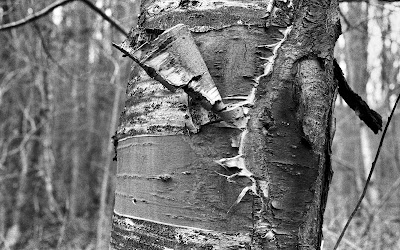 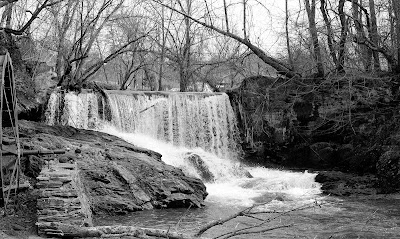 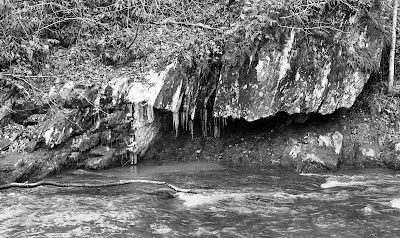