I recently came into possession of a Nikon F4 that is in excellent condition.  I really hadn't thought about all the features that it has, since the last time I shot with one was well over 15 years ago.  The local Ann Arbor camera store, Big Georges (which stopped selling photographic stuff in 2008) had a used one for sale that I purchased to do some freelance work.  It ended up having a problem that reinforced my "always have a backup" plan. I was shooting an event and realized that the film was being advanced through to the end of the roll while never firing an exposure!  Luckily, my backup was the consumer-level Nikon N60, and I was able to get all the shots that I needed.  But, for a few moments, I was in a panic. I ended up selling that F4 with its problems noted, and never bought another one.  So, a few months ago, one sort of landed in my lap, and I started shooting with it.  Comparing it to an F2 or F3 is a little unfair, as the technology in the F4 is far more advanced than its predecessors. It's certainly a lot heavier and beefier. But, with its grip on the right side, it feels right in the hands.  The large, bright 100% viewfinder is truly great, and having the hot shoe on the prism like most cameras, is a far better solution than the F, F2, and F3 location.

The Nikon F4 was produced from 1988-1997.  It was an innovative breakthrough for Nikon, parting ways with the older manual-focus F cameras, yet retaining use of any lens, including non-AI. It works with all modern Nikon AF lenses, including G lenses (but not in A and M modes).  If you prefer knobs and buttons over LCD menus, this is the camera for you.  In fact, every feature on the F4 is readily identifiable and does not have to dealt with via a menu. Shutter speeds are from 30 sec to 1/8000 sec, plus B and T, and ISO settings from 6 to 6400. The information in the viewfinder is easily seen, and of course, you can manually set the lens aperture in A and M modes.  It's a perfect SLR to use with manual lenses, as you see focus confirmation in the viewfinder. In fact, while I often use the F4 with AF lenses, I love using it with a manual AI-modified 50mm f/1.4 Nikkor-S lens from the late 1960s.

Everything is so clear and bright in the viewfinder that it's a real treat to use this camera.  The Nikon N90, while lighter, has many of the features of the F4, but it does contain an LCD screen and has mode buttons, and a primitive menu system.  None of that's in the F4.  I have used N90s quite a bit, and while excellent SLRs, they are not as rugged as the F4.  All the controls are where they should be (at least to a Nikon user) and are non-ambiguous.  Flash sync is at 1/250 sec., and the incredible array of Nikon Speedlights gives you so much more control over your flash photography than the F2 or F3.  Matrix-balanced fill flash, center-weighted fill-flash, rear-curtain sync, standard TTL flash, and multiple flashes are all options.   I'm not going to list all of the features of this camera, as they are easily findable on the Internet.  However, one feature that might escape notice is where the cable release connects to the camera.  - It's on the lower left rear, below the film door.  It actually makes a great deal of sense having it there, rather than part of the shutter release on top right, where it's usually found on most cameras. One other feature that I appreciate -- it uses 4 AA cells, not some expensive battery. Since it doesn't have an LCD screen, those AAs last quite a while.

This second go-round with the F4 has been most enjoyable, and the more I use it, the more I appreciate just how rock solid the camera is.  It was Nikon's flagship professional camera for almost a decade, and it was totally a major leap forward in pro camera technology compared to the electronic F3.  Don't get me wrong -- I think the F3HP is one of the greatest SLRS made, but the F4 certainly is a camera that sits well with the manual and the AF worlds, and is still an awesome SLR.  It's not a lightweight camera - with the 50mm f/1.4 and neck strap, it weighs 3.5 pounds.  Put on the 35-70 f/2.8 AFD lens, and that will be 4 lb 4 oz around your neck.  I carry mine over my shoulder.  One might be tempted to think that if the F4 is good, the F5 and F6 are better.  Using those two cameras is not much different than using a DSLR, and if you have used an F100, you would immediately know the controls on a D300. So, user-interface-wise, the F4 stands out amongst any pro-level AF 35mm SLR.

So, is the Nikon F4 right for you? Only you can answer that. Find one and shoot with it for a while, and you'll quickly see how great a camera it is.

Want to know more about the Nikon F4? Here are some links that will provide more information and inspiration.

I recently decided that it was time to reduce the number of camera systems that I had been keeping on-hand, so I sold my Cosina-manufactured Canon T60 and lenses that I have had for a few years. I replaced it almost immediately with a mint-condition Nikon FE10 from KEH. I'd been wanting an FE10, because operationally, it was very similar to the T60, as both were made by Cosina. You may not have heard of the FE10, as it was only made for a short time in the mid-late 1990s, and it was not as common as the FM10, also a Cosina body that features only manual settings. 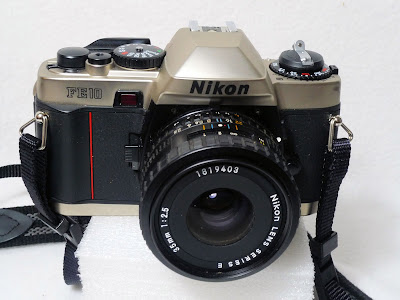 Why an FE10? I really liked the lightweight Aperture-priority Canon T60, and the Nikon FE10 is similar, but with more features. Just as lightweight, it comes in at 1 lb 6 oz with a 50mm f1.8 Nikkor, camera strap, and roll of film. Obviously, an ABS plastic body, with that champagne silver and black body that we also saw in the Nikon N60. While it obviously isn't a typical Nikon build, the FE10 has the following features:
Some Observations -
Manual Nikon SLRs have the shutter lock when the advance lever is flush against the body and once the lever is brought out about 30 degrees, the meter is activated and the camera will operate. After using Nikons for over 20 years, it's an automatic thing that I rarely think about. However, I recall a couple of times when I put a Nikon FE in a bag and the advance lever got pulled away, resulting in drained cells when I tried using the camera. The Lock setting on the shutter speed dial is a good feature, especially for those that might not have a long history with Nikon SLRs.

Exposure compensation dials are typically separate when they are included on a Nikon SLR - i.e., all AF camera bodies, and on the Nikon FE, FE2, FG, FA, FM3a, F3, and N2000. Manual-only bodies do not require the +\- exposure comp. dial. At first I thought this setup was a bit ungainly on the FE10, but in reality, it does teach how +/- works - you are setting the ISO speed +/- in stops. So, if I have ISO 400 film and I want a stop extra of exposure, I set the dial to the +1, and the ISO speed is set at 50. The only drawback with this setup is that you might forget to change back to the actual film ISO. It's a compromise, but it does work.
The shutter release does not require much force to activate, but once I got used to it, I had no problems.
Using the FE10 -
After I received the camera from KEH, I installed 2 fresh LR-44 cells, and popped in a roll of Ultrafine Extreme 400. I have to say that the only thing the FE10 lacked was that new camera smell, (Okay, I confess, there is no such thing). The body looked like it had never been used.
I used it with a Nikon SB-18 Speedlight - a small flash that is a perfect match for this camera. I also shot it with several lenses, under different conditions, and I was so sure of the operation of the FE10 that I packed it as my only SLR for a long weekend in Pittsburgh. Once I got used to the touchy shutter release, I found using it to be good experience. The FE10 was a good choice, as I visited some interesting areas, one of which was Carrie Furnaces National Historic Site. There were a few times when I used the exposure compensation dial to accommodate the dark tones of the site. The FE10's simplicity of operation and the Aperture-priority automation makes it a great choice as a street camera. The lighter weight was nice, too. Of course, it's not like a Nikon FE2 (weight 2 lb, 3 oz in a similar configuration) either in sturdiness or feel. It was designed for countries that wanted cheaper cameras with the Nikon badge all while AF bodies were the rage. The FE10 and FM10 may not have been built like other Nikons, but as a "student" camera, I certainly can recommend them.
As a backup body, the FE10 would be so light to pack in with the rest of your gear, you might not notice it's there. I'm not going to be a snob and turn up my nose at the FE10, just because it's not made in a Nikon factory. If you want a bit more about the history of this camera - check out this review.  The only manual focus Nikon body I have that's newer is the FM3a. Overall, I found the FE10 to be a good companion on my Pittsburgh trip. I shot 6 rolls of film with it, and all the exposures were to my liking. I'll probably be using this camera in my travels, as I easily packed it in a shoulder bag with a flash and several lenses. I have other Nikons that are better-made, fuller-featured, but heavier. I can see packing my FM3a with the FE10 as a backup on a trip. As a walk-about camera, the FE10 won't weigh me down, and based upon my results, it's a better choice than a 40-year old Nikon FE.
And now, for some photos... 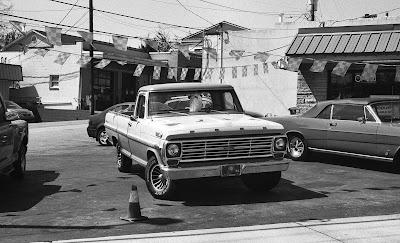 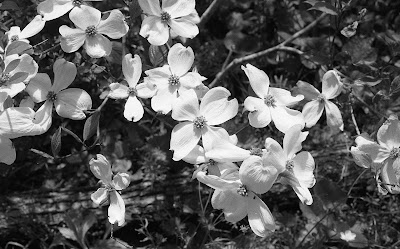 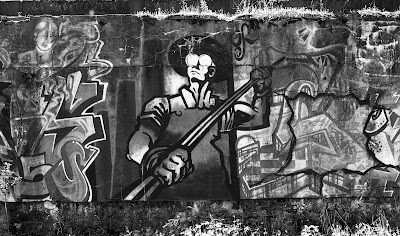 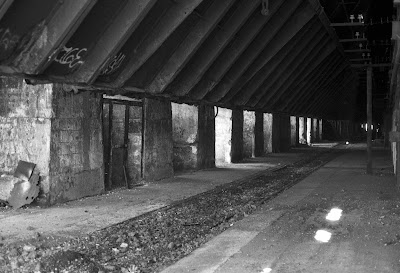 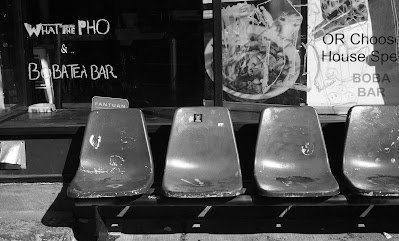 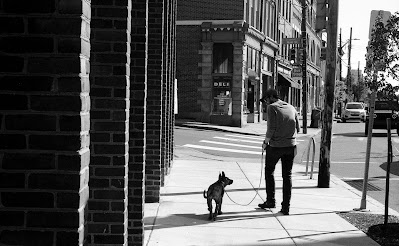 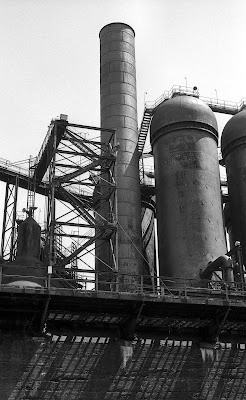 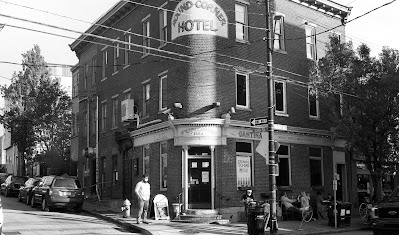 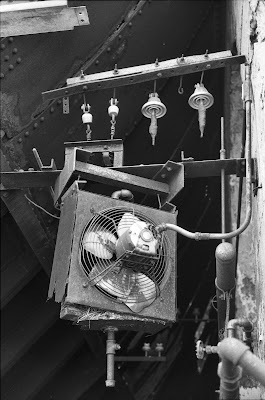 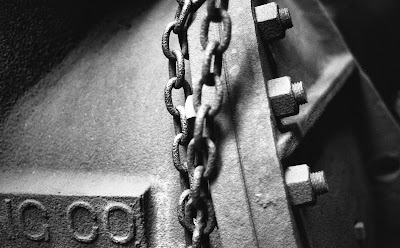 Posted by mfophotos at 3:16 PM No comments: