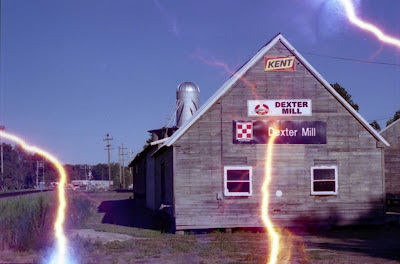 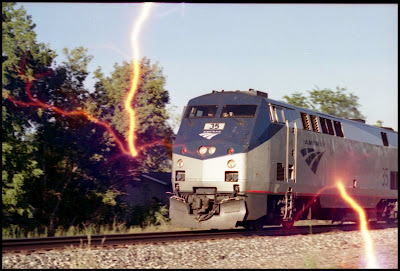 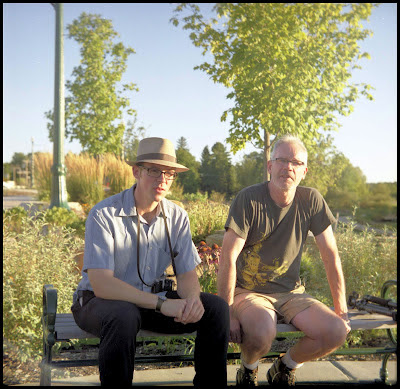 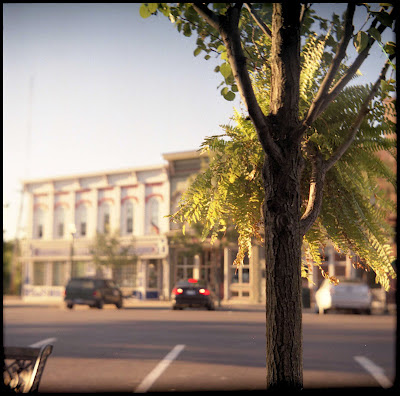 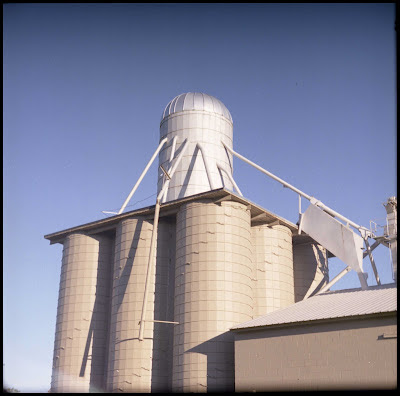 The Great Wall is a fun, but quirky camera. The film swap is a great way to do something different and shake up your creative process. It gets people shooting film cameras, and that's what it's all about. The food and beer at Aubrey's in Dexter was good, too.
Posted by mfophotos at 10:42 PM No comments:

Argus Exhibition - "Renegades With a Camera"

If you have followed this blog long enough, you know that Ann Arbor, Michigan has a camera museum. Argus cameras were produced here from their inception in the late 1930s to their demise in the early 1960s. A pretty good run for a bunch of cameras manufactured in a small town. The Argus Museum is located in the old factory building on 525 W.William Street (now much renovated, of course) that is owned by C3 Partners and houses offices for ONeal Construction, among others. Although the museum is private, it is open to the public on weekdays from 9 to 5, and by special appointment on weekends. The Argus Museum Curator, Cheryl Chidester, has been quite active in getting exhibitions and gatherings at the museum, and I was quite happy with our 2008 exhibit there. Last fall, the Argus Collectors group help sponsor the Everett Kuntz exhibit at the museum, and it was well-received. 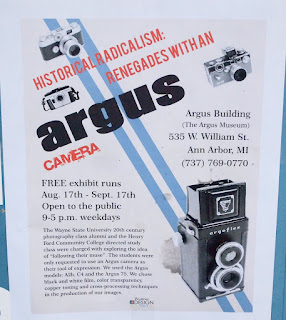 For the next month, there will be a small show from students from Henry Ford Community College, and it's called "Renegades with an Argus." It opened last Friday, August 17, and several of us Ann Arbor Crappy Camera Club members attended the reception. Here is the artist's statement for the exhibit:

Historical Radicalism: Renegades with an Argus Camera
20th century photography cannot be discussed or reviewed, without the mention of the importance of “small camera” photography and the use of film. Before the invention of the medium format and 35mm film cameras, photography was a laborious and expensive enterprise.

In the 20th century, the camera became democratized and anyone could own and record their lives. The Argus camera, made in Ann Arbor, Michigan, was one such camera company that produced these types of cameras.

The Wayne State University 20th century photography class alumni and the Henry Ford Community College directed study class were charged with exploring the idea of “following their muse”. The students were only requested to use an Argus camera as their tool of expression. We used the Argus models: A2b, C4 and the Argus 75. We chose black and white film, color transparency, copper toning and cross-processing techniques in the production of our images.

We let the divine elements of chance guide us in our conversations with our muses and let our muses reveal themselves to us in these visual apparitions.

Many students chose not to perfect their images. They were interested in the “snapshot aesthetic”- to quickly capture and not refine the image- to retain a “pure” image. Others let their muse take them by the hand and explore vanishing small towns and to reveal the life remaining- past and present.

I chose to participate with my students in channeling my muse.

Through the viewfinder of an Argus the sublime was revealed and imprinted onto our hearts. It was then that our images made themselves visible and can now be seen.
Professor Deborah R. Kingery, Ab7102@wayne.edu 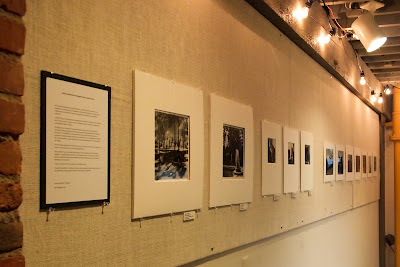 My first impression of the exhibit was that it was great to see some students using quite old cameras and shooting film AND producing gelatin-silver prints! Talking with some of the exhibitors, I learned that for some, it was the first film camera that they had used. Imagine growing up in the digital camera age and someone hands you an Argus 75 and tells you to go shoot some photos. I think that is pretty interesting and challenging. My second reaction was that the images represented a wide range of vision. Some images were quite excellent compositions, and others left me feeling, "meh." But that's me, and I don't have to like every photograph I see on a wall, and I expect the same from others that view my work. I think the images were well-presented and flowed through the museum quite well. The print size was perfect for the space, too. The Argus Museum has some limitations for its exhibition space, and it's a pretty intimate atmosphere. Given the parameters of the artist's statement, I think they fulfilled their mission. The show is definitely worth a lunch hour trip if you are in town during the week, and since the exhibit ends September 17, don't delay in seeing it! 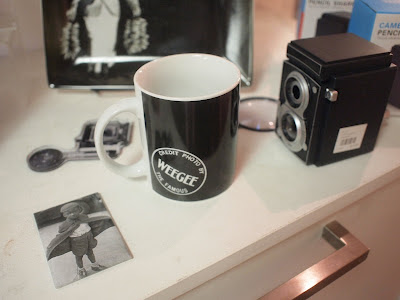 Taken at the Columbus Museum of Art.

It's fun seeing what's out there for gifts for the photographer.  With film cameras seeming so retro and chic, they are often used in advertising and as models for novelties and art objects.  Museum gift shops are often a great place to find obscure photographic-related gifts.  Not that I need any, but I appreciate that they are out there.  As part of the legacy of photography of the last century, old film cameras present an immense variety of form.  The mechanical aspect and solidity of them makes them special, and are often works of art in their own right.  So, wait for the day when instead of seeing a plastic reproduction of a press camera in the gift shop, we see a press camera on a pedestal in the museum.

The latest cool thing I saw was a mechanical pencil sharpener that looks like a twin-lens reflex.  They almost had it right...but the crank for tirning the sharpening mechanism is on the back of the camera, not the side where it would be for the film advance.  Still, a fun and useful item (if of course, you use something even older than cameras.. a pencil).

Of course, there are those mini keychain cameras that have a flashing LED and make a shutter sound.  Might be something good to enrage mall cops with ;), and the multi-faceted lens in a card that looks like a Hasselblad (which can actually be used to good effect with a real camera).  Some museums  (such as the DIA) have plastic pinhole camera kits.   I think it's all good, and there is something for everyone.. even a $65 Weegee tie. (Note, I know that tsotchkes usually refer to freebies from trade shows, etc., but I think that is an appropriate use here.) 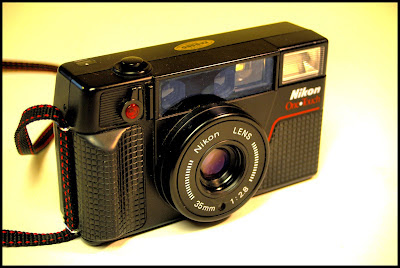 In 2010, I blogged about using my (new to me) Nikon One-Touch 35mm AF camera. I haven't used it nearly as much as I should, since I have so many other small cameras. However, the One-Touch is too good to let sit unused for long. In July, I shot a roll of Lomo 400 color film (made by Kodak)- which seems like an excellent match. To start out, I shot some frames while cycling around Marquette, MI back in the first week of July. The One-Touch, with its 35mm f/2.8 lens and quick autofocus is a nice choice for biking. 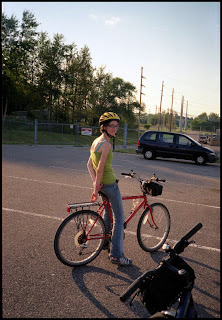 My daughter Jorie, on the bike path that runs from Harvey to downtown Marquette. The various bike paths around Marquette make it a wonderful place to bike around (or run, if you would rather use 2 feet). The sun was setting, but the camera auto-exposed the scene quite well.

Later in July, I traveled to Columbus, OH, and brought a bunch of film cameras, including the One-Touch. We stopped in some small towns along the way, and the One-Touch performed very well. 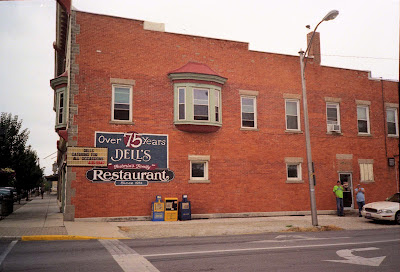 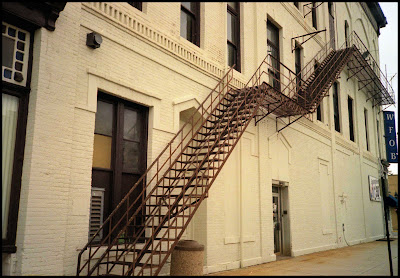 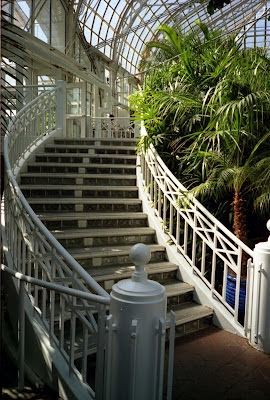 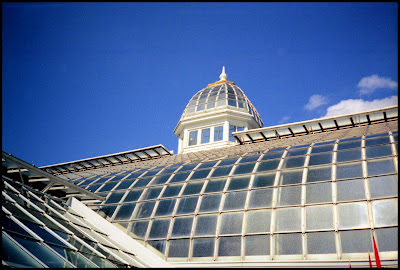 Outside the Franklin Park Conservatory.

As you can see, this camera performs quite well, and at one time it was a highly-regarded point and shoot. If you see one of these cameras for sale in working condition, buy it. You will appreciate its heft and solid feel. The photos that came from it are not bad, either. I'll try and use it more often.

Posted by mfophotos at 10:28 PM No comments:

Last Saturday, Adrienne, Abby, and I drove down to Columbus and had a great weekend there. The city is really a photographic feast, and the various districts deserve more exploration. Our main purpose was to view "The Radical Camera" exhibit at the Columbus Museum of Art -- which was a wonderful and yet sobering show of the work of various members of the New York Photo League from the 1930s to 1951.

We also went on various walks around the city, and on Sunday morning, Abby and I explored the central part of the downtown area. It was nice being in a functioning city, with all of the things one would expect to encounter - coffee shops, stores, apartment buildings, banks, statues, office buildings, etc., and none of the despair and disrepair that Detroit seems to have in abundance. It was fun walking about early on a Sunday without much traffic on foot or on the street. We did encounter a strange camera shop called Chick's Camera Exchange, which is closed on Sundays, and I wonder if it is open much at all. 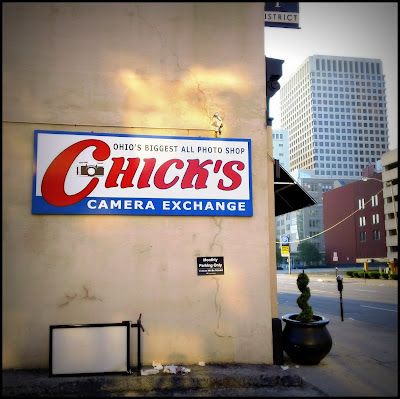 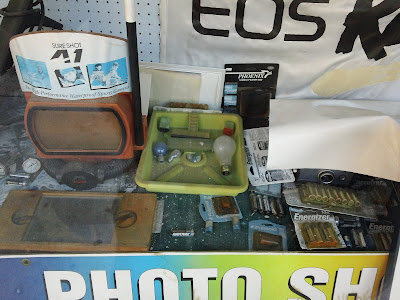 Hmmm. the front window looks pretty untouched...long enough that the AA batteries have leaked out... 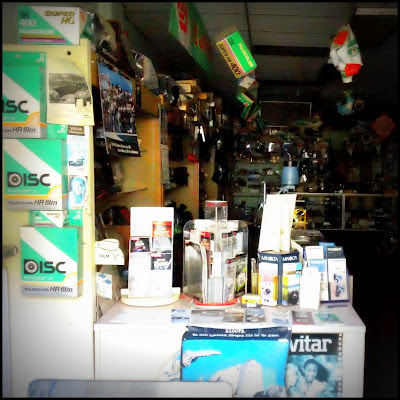 Looking through the front door, I saw lots of items that looked like the place was caught in a 1990s time-warp. There are kiddie bike on the floor with tags. An online search did not say that they were closed, but it doesn't look like a too-active place. maybe someone in the Columbus area knows. The store looked like a great place to explore.