Bill Bresler, with his Oly C5050 at the Corner Brewery.

One of my buddies (Bill Bresler) has for years, praised the merits of the Olympus C5050Z, a 5.0 MP that came out in 2002. I admit that when I bought my Fuji Finepix S7000 in 2004, that the choice was between the C5050 and the S7000. I think I chose the Fuji because of its feature set and zoom range, and used it with great success for a year or so, until I upgraded to A Nikon D70s. I always liked the styling of the C5050, as it looks more like a film camera, and it has an optical viewfinder.

With all the advanced features of today's P&S digicams, one might ask why anyone would buy a long-discontinued camera such as the Olympus C5050Z. Well, there are a few reasons to like a camera such as the C5050:
used price -- variable, but $100 or less for what was once the top camera in its class.
optics -- excellent, with a max aperture of f/1.8 at the shortest focal length (which is about equal to 35mm)
optical viewfinder
image size - 5 MP is still plenty big enough for 8x12 prints, and I can choose a 3:2 aspect ratio instead of 4:3, providing me with a 35mm equivalent framing.
external flash shoe -- allows one to use studio strobes and other flashes, if desired.

Since I bought the camera from KEH back at the end of March, it's become the one I carry in my backpack. It has a rugged magnesium body, and the controls are easy to navigate, once I familiarized myself with them. It seems to run a long, long time on 4 NiMH rechargeable batteries -- longer, in fact, than my Canon G11 with its LiOn battery. I also have the remote IR shutter release for it, which is really a handy thing to have when its needed.

Yes, compared to current models, the LCD screen on the back is tiny -- but then, it probably uses a lot less power. It does adjust and you can use the camera like a TLR if you want -- try it! With a decent optical VF, I can be pretty sure that what I see is about what I will get -- just like with a RF film camera.

I really like the "whiteboard" mode for making high-contrast B&W images in camera.

great wave action in Marquette - a little post-work in PSP

fiddleheads in the backyard

So, the C5050Z has taken all that I have asked it to do, and has produced good results. What more can one ask from a camera?

This April 24th is WPPD, and I know that I will be out and about doing some pinholery. Pinhole cameras are the most rudimentary cameras imaginable. To make one, it doesn't take much more than a light-tight box with a tiny pinhole at one end, and a piece of film or photographic paper at the other. Compared to some of my Ann Arbor Area Crappy Camera Club photographers, I am just an occasional pinholer. Some of those people are really accomplished users of pinhole cameras, and several of them have made some outstanding pinhole cameras that are far more than the stereotypical oatmeal box.

John Baird of Dexter, MI has a wonderful panoramic pinhole camera that uses 120 film and it's a work of art, as are his photographs. Ross Orr, of Ann Arbor, has a camera design that was featured in an issue of MAKE Magazine, and that camera also uses 120 film, and is one that I will build someday. Bill Bresler of Plymouth, MI has some awesome pinhole images that are best seen as large prints. Matt Callow, also in Ann Arbor, has been making simple pinhole cameras and making wonderful images from them. These are just a few local photographers that I know, and if you look on Flickr or APUG, you will undoubtedly find many more.


Why have pinhole techniques remained popular in this age of technology? One of the most endearing traits is that of simplicity. Please don't tell me that you have an iPad app that mimics the effect of a pinhole. You are totally missing the damn point. That's about like telling me that you have an internet girlfriend that you chat with online. Or, that you can play air guitar. These are not REAL things, they are facsimiles, and just because you have a paint program does not mean that you know anything about mixing a palette of acrylics and applying them to canvas. Get my point? Pinhole cameras are hands-on fun that can lead a person into creating some very poignant and impressive imagery. Because they don't require much in the way of technology, they can be really creative tools in the hands of the right person.

Another feature of pinhole photography is that because exposures can often take more than a few seconds, the quality of time is altered. You are no longer getting an image in a fraction of a second, but anywhere from 1 second to many minutes. The time is stretched, and anything moving within the frame can be blurred. A creative photographer can use that to great effect.

The third great thing about pinhole photography is that of the optical nature of the pinhole itself. Depending on the focal length and film size, you can generate extreme wide-angle aspects of a scene, or you can go for a more natural aspect ratio. Because of the simplistic nature of pinhole cameras, you can experiment with all kinds of containers to see what works for your vision. It could be a 35mm film can or an old Dodge van converted into a roving pinhole camera.


While yes, you can buy a pinhole camera - either in kit form or pre-assembled, you can easily make one yourself. There are also downloadable templates for creating a pinhole camera that looks like a 35mm, or a Hasselblad.
You can consult the Pinhole Resource for pinhole sizes, templates, and tips on making pinholes. The Luminous Landscape and Pinhole Resource sites have more information on making your own pinhole camera.
As far as kits, here are a few:
1. STD 35 paper-bodied 35mm kit

2. Perhaps the best value overall- a plastic-bodied 35mm kit for less than $10!

3. How about a STEREO pinhole camera kit?

4. Then, there is the paint-can pinhole camera...

Books -- perhaps the best book out there is "Adventures with Pinhole and Home-made Cameras, by John Evans, and published by Rotovision Books in 2003. It's still in print.

I'll probably be using my Holga Ultra-wide pinhole camera. It's one of the best values out there for a wide-angle camera that takes 120 film, and the results are good. But the beauty of pinhole cameras is that they can cost virtually nothing, and produce priceless images.
Have fun on WPPD! 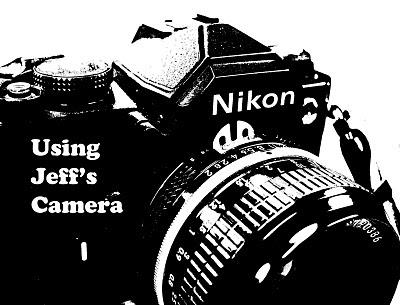 A couple of weeks ago I purchased a Nikon FM from the estate of Jeff Lamb, who died on March 22. I don't know the history of the camera, and where Jeff shot with it, but it had sentimental appeal to me, and it's an all-black FM (with brassing in all the right places and no dents) and I have always wanted one that worked properly. I put in new S-76 cells and the camera seems to work just fine. One of my projects this year, to pay my respect to Jeff, is to use the camera for street photography, and use a different lens each month. The lens I tested it with is the standard 50mm 2.0 AIS lens. I mostly like Aperture-priority for street shots, so using the LED-matching manual exposure of the FM is less convenient, but certainly not a problem.

Some images from the first roll: 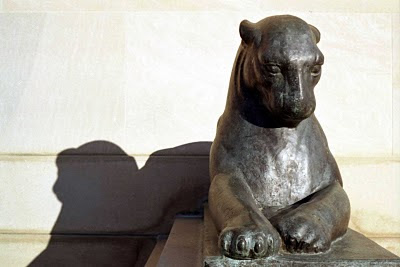 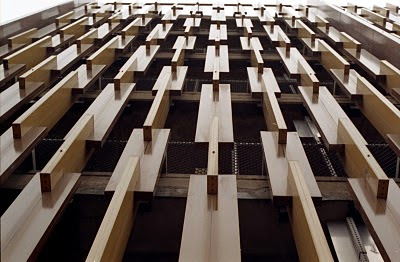 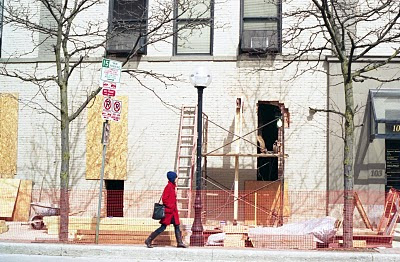 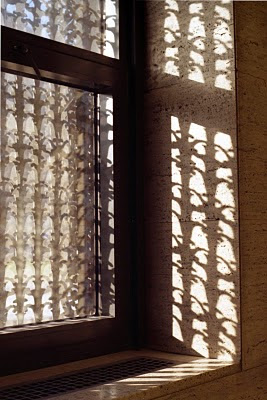 The above images were all shot on Kodak Gold 100 C-41 film - my favorite color emulsion. 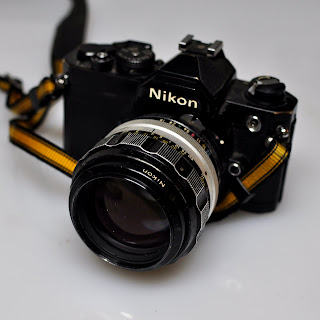 With the 85mm lens, the camera is heavier, but that nice metal focus ring is a joy to use -- when it is warm. I'll post episode 2 at the end of April.

I got my exhibit hung today, with the help of my buddies, John Baird and Marc Akemann. The hardest part was figuring out the procession of images, but it looks good. The hanging system used at The Common Cup is actually easy to work with, but I really do like nails in the wall better. Anyhow, it's up and I need to tweak a few things before Thursday. Hopefully, I will have a crowd at the reception, and maybe a few buyers.
Here are some shots of the set up.

Posted by mfophotos at 8:21 PM No comments:

I have been getting my work ready for a solo show that I am hanging tomorrow at The Common Cup, 1511 Washtenaw Avenue, Ann Arbor (runs from April 5 to May 6). Coming on the heels of my exhibit of water/ice photos at Matthaei Botanical gardens, this one has been a lot more work and angst. With 30 pieces, this exhibit shows some of my photographs taken roaming the roads of Michigan, and is titled "Michigan Roadside Adventures. I finished up all the labels and packed up the work today, and I am ready to hang it all tomorrow afternoon, with help from a couple of friends. Selecting images for this show was a challenge, and I did not want repetition. I have no lack of photographs from all over Michigan, and could easily have a show on: barns, grain elevators, theaters, signs, etc. The photographs were mostly shot digitally, though there are a few that were the result of film scans. All except the Polaroids were printed by mpix, and I highly recommend them.

Many of the photos were shot in 2006, when I was driving all over with Marjorie for her project on Michigan theaters. The Tawas Gull shot above, remains one of my favorites.
Right now, I am ready for a nap, but I will post some images of the set-up tomorrow.

Posted by mfophotos at 7:50 PM No comments: