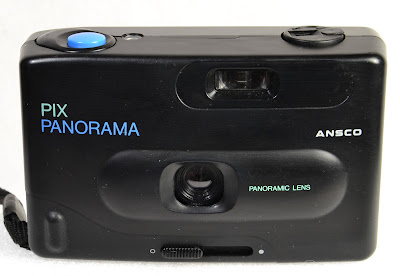 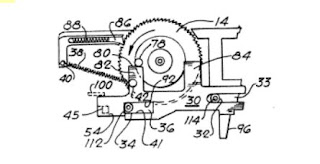 Abstract: A double-exposure prevention system for a still camera having a cockable spring-biased linear movable shutter-actuating slider operable between a cocked condition and held thereat by a latch movably responsive to a manually operated release member and thereafter upon release of the latch to a shutter-actuating position is provided with means for allowing one end of the slider to be rotated out of and away from the axis of the shutter-actuating movement throughout most of the subsequent rewind operation. While in this second angular position, the slider disables the operation of the release member, preventing accidental tripping of the latch after a cocking condition has been restored. During a small terminal portion of the film advance and after the preceding frame has been safely advanced so as to be out of the way, the film advance mechanism then rotates the slider back to its initial position.

You can download and read the entire patent, if you wish.

I'd heard of Haking, as the Halina cameras are attributed to that company.  From Camerapedia, I found:

W. Haking Enterprises Ltd. is a camera and binocular maker based in British Hong Kong. It was founded by Dr. Haking Wong (1906-1996) and Dr. Pauline Chan in 1956. In 2002 the company was taken over by Dr. Tony Chak-Leung Tai & Dr. Tai-Chin Lo and built a new factory in Xinhui (Guangdong). Its camera products of the brands Halina and Ansco are distributed nowadays in the UK, Ireland, the Middle East and Africa by a company named Halina Imaging, that belongs to the British photographic distribution company SPS Logistics. Older cameras of Haking are marked as "Empire made"

Makes sense that the camera is the ANSCO Pix Panorama, as Haking has rights to the Ansco name. But the patent?  I could see nothing in the Pix Panorama that makes it appreciably different from all the other simple 35mm plastic cameras with a lens cover that locks the shutter when its closed. The Pix Panorama came out in 1986-87, and Haking also sold the same camera branded as the Halina Panorama. It was also sold as the Hanimex Panorama 35, Suntone MM350, Arico Panorama CL-168 and Revue Panorama.  Without fully investigating all of the claims in the patent, I can only assume that it's just novel enough to be accepted.  But, for such a simple camera it raises questions. Do other makers of cheap plastic cameras (including Kodak) have a different mechanism or did they pay royalties to Haking for using the patent features?

Okay,  enough of the arcane world of patents and copyrights.  The Ansco Pix Panorama still remains one of my favorite 35mm toy cameras for three reasons:

I previously mentioned the removable mask in the post about a year ago : Widening Your Horizon

The 13x36 pano mask inside the camera can be removed to give a really nice 24x36 mm wide-angle negative. You can remove the front of the camera and mess with the viewfinder to give the full-frame view, but I never did that.  As a pocket pano camera, I think it's the best of the bunch, mostly because of the lens. The shutter is supposed to be 1/125 sec and an f/11 aperture.  On a sunny day, ISO 100 film will be fine.  Much has been said about the "faux pano" 13x36 cropped frame.  While no, it's not as good as say, a 24x72 pano frame, with the right film and lighting, your cropped pano images can be pretty good.  These cameras can be slipped easily into a pocket, and will surprise you with their results.  I've had an ANSCO Pix Panorama since at least 2005, and in searching for older images to be included in my forthcoming 35mm toy camera issue of Monochrome Mania, I found a lot of images that I'd forgotten about.  I'm all about cheap panos, and this camera will get more use this year, I promise.

Here are a few images from years past:

The RETO Ultra Wide & Slim - all hail the return of a classic!

If you weren't a photographer in the 1990s, it's probably because you were too young or it just wasn't your thing at the time.  Vivitar brought out the Ultra Wide and Slim in the mid-90s and the camera became a cultish phenomenon.  Originally manufactured by the Chinese company Sunpet (and who knows, the same company may be making them now), the 22mm lens, simple use, decent results, and shirt-pocket size contributed to this camera becoming quite popular among the younger set.  Then, it dropped out of sight for a few years, to be replaced by the Yellow Peace Camera with the "super fat lens," thanks to the Japanese company, Superheadz.  I bought one in the early 2000s, and still have it, though I haven't used it in a long time because the soft plastic coating on the camera has turned to a sticky mess that's worse than a Nikon N80's grip. Considering that these are cheap cameras that are not expected to have a long life, I guess the degraded coating was never a thought. I am ALMOST finished with my 35mm toy camera issue for Monochrome Mania, and I quickly snapped up the new RETO version of the Ultra Wide and Slim when I saw them for sale on Amazon. Two days later the camera arrived in a padded Amazon envelope, and I eagerly opened up the package.

For starters, the RETO UW&S is packaged just like you would see in a store, able to be hung on a display rack.  Inside the small box is a wrist strap, instructions, and a soft cloth pouch to store the camera within.  If there was such a thing as "new camera smell," I would have welcomed it, but there probably is not enough mass of plastic to do that.

After I photographed the new camera (to be included in the zine), I loaded a short roll of Ultrafine Extreme 100 (Kentmere 100) b&w film. I used a 24-exp roll because the original Vivitar model had a problem winding on with 36 exposure rolls, and I doubt that the RETO version is any different. This camera has an f/11 lens and approximately 1/125 sec shutter, so on a sunny day, ISO 100 film is perfect.  That 22mm lens really is quite good, and for a price of less than $30, the RETO UW&S is a great buy in today's market. Once you get out with this camera, it's easy to see why it became a sought-after classic, even if it was a "toy camera."  The wide angle lens does quite well, so long as you don't get the sun in the frame. There is no flash, so this is a daylight-only camera, unless you want to put in some Kodak T-Max P3200.

I took the RETO UW&S out over a couple of days and shot a variety of scenes with it.  The thing to keep in mind with any low-fi 35mm camera is that simple compositions work best.  Fine details don't always look so great, so a strong composition is a good idea.  However, this camera's lens is pretty sharp, as you can see from the shots below.  I developed the roll of Ultrafine Extreme 100 in D-96 for 8.5 minutes, and I have to say that the negatives look great.

Here's a few examples from my roll. 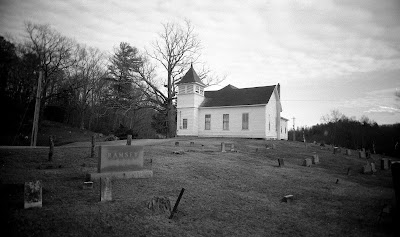 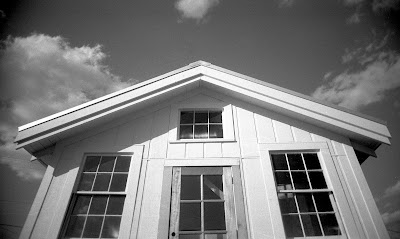 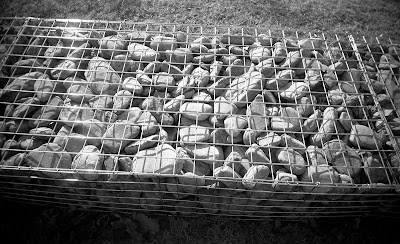 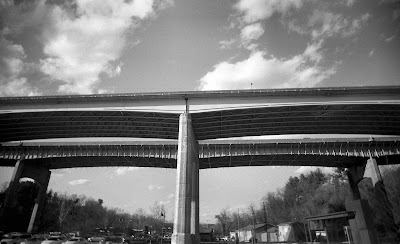 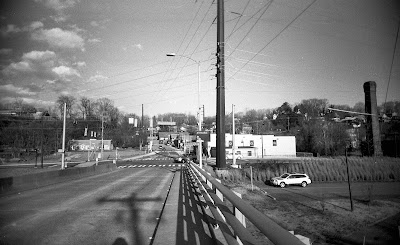 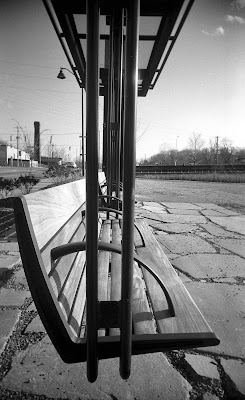 As you can see, the images are fairly sharp, there's a bit of vignetting, and the exposures are satisfactory on 100 ISO film. The very top photo was partly cloudy, but I think it really captured the scene.

You can purchase the RETO Ultra Wide and Slim from just about any photographic online store, such as the Film Photography Project Store, What would really be nice is to see these on the racks in major retailers, photo stores, and gift shops.  This is a fun camera to take everywhere.