The Nikon Pronea 6i SLR - my last tango with APS film.

I'll be honest with you.  I liked the APS format  (the official format name is IX-240) and the cameras that used the film.  Back in 2001-2004, I shot quite a bit of APS film with a couple of pocket cameras and the Minolta Vectis S-1 SLR.  I thought the varying output print formats to be very useful, and those 4 x 11" prints in panorama mode were generally fantastic.  The only downside was the cost of processing, and also the fact that no traditional b&w films were available that could be home-processed. In fact, home-processing was out of the question for APS film.  I stopped using APS film when it became harder to find, and, as I was doing other things with my photography, APS was just a little side trip. 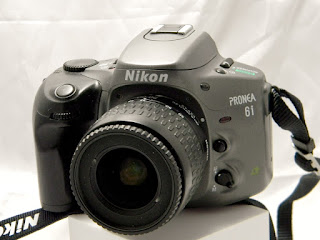 In January, I acquired a very nice Nikon Pronea 6i APS SLR with two zoom lenses and manual; plus a couple of rolls of APS film -- all for free.

First, a little about the Pronea 6i


Back to the Pronea 6i that I have:

First of all, the 6i features pretty much all the control that you would expect from a Nikon AF SLR.  It's most similar in features to the then contemporary N70 35mm SLR.  It features a "Basic" mode where it pretty much sets you up in Program mode, uses the DX code on the APS cassette.  "Advanced" mode gives you full control of the camera's functions and features.  If you have been using any AF SLR, the advanced mode is the way to go. 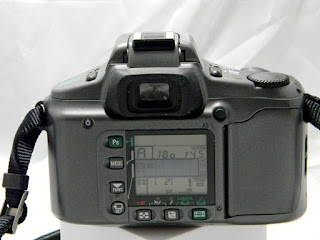 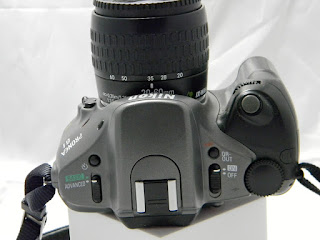 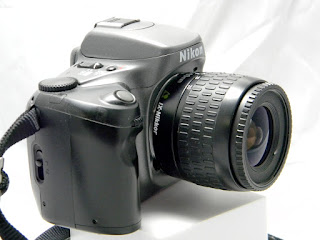 In other words, a very full-featured SLR that despite using APS film, can use almost any Nikon AF lens, including the DX lenses for cropped sensor APS-C SLRs, such as the D300.

I loaded two fresh CR-123A batteries and a roll of the Kodak b&w plus 400, which is over a decade old.  I used the manual ISO function to set it at ISO 200.
I have yet to use the original IX-Nikkor lenses, but on the next roll I will use the 20-60mm IX Nikkor lens. I will bet that when the sell-off of the Pronea cameras was going on, the kits included the 20-60 and the 60-180mm IX-Nikkors.  I used my 18-70mm AFS Nikkor G ED DX lens for about 2/3 of the roll and my 35mm f/1.8 AFS G DX lens for the remainder. Because APS cameras allow you to choose the print format, images taken in "C" mode will be the same as an APS-C sized sensor, so the 18mm end of the lens will not show vignetting.  In the scans, which are all at the maximum frame size, or APS-H,you can see some vignetting in the corners at 18mm. Back in the early 2000s, Bill Brudon used a Pronea S with a 14mm Nikkor lens and got great results.  WARNING - DO NOT attach those IX-Nikkor lenses to your 35mm or digital SLR - they will not allow your mirror to operate!

The Pronea 6i feels great in the hand, and the contours of the camera provide a perfect grip.  The viewfinder is bright and 100% coverage, and the settings appear at the bottom of the viewfinder, just like all other Nikon AF SLRs.  The rear LCD screen, while certainly not the same as a DSLR screen, is easy to read and fairly easy to navigate once you get used to the control functions.  As with most Nikon bodies, the controls are where they should be, and while the Pronea 6i was intended to be a sort of dumbed-down SLR, users in advanced mode can control a great deal using the buttons on the back that border the LCD. There is no Depth of Field preview button.

It's really unfortunate that the appearance of APS was not long before digital started coming out. Once that ball started rolling, the digital sales kicked APS's ass first, due in part to the many pocket cameras that were similar in size to APS.  However, here's a thought.  If you put images side-by-side from a Nikon Pronea 6i and those from the Kodak DCS 330, which were 3.0 megapixels in size... the APS image would be better by far.  It's actually too bad that Nikon didn't adopt the body shape of the Pronea 6i for its early consumer-level DSLRs.  They had the makings of a proto-digicam right there.


After I finished the roll, I sent it to Thedarkroom.com and had it processed and scanned. The scans showed that the film had lost some contrast - so I bumped up the contrast in post-processing and the images looked great.  I will be shooting with it again soon.  It's a fun SLR that cam make use of some excellent Nikon glass on an orphaned film format.  I better shoot all the APS that I can before it all gets too old.

I mentioned the Pronea S above, which while an SLR using the same lenses as the Pronea 6i, is pretty much a completely different camera with far fewer controls of the image-making.  Since I have not tried one, that's all I'll say about it, but I think S stands for Simple.

I tried to find out the original list price for the Pronea 6i, and by searching back issues of Popular Photography magazines via Google Books, the best that could do was January 1999, when the Pronea 6i body was selling for about $350, and with the 20-60mm  lens, over $400. Today, you can find them on eBay for $10-$60, though some sellers are asking $249. Good luck with that.

Now for the photos! 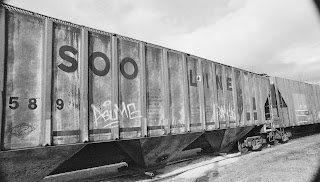 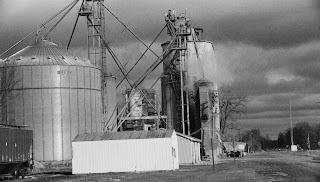 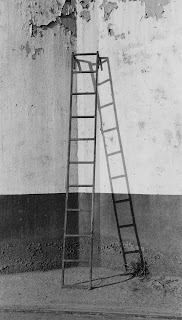 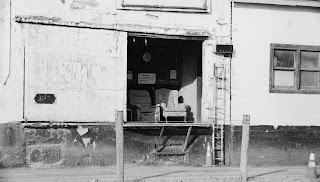 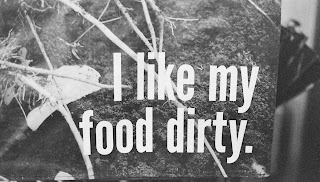 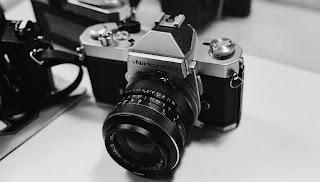 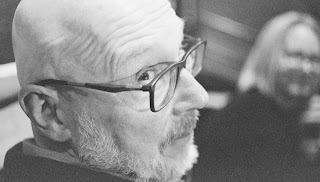 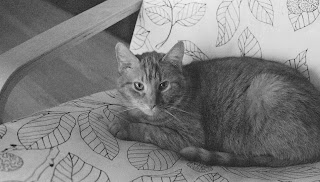 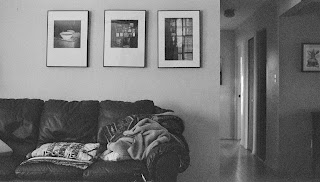 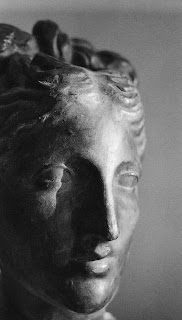 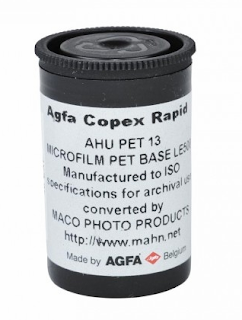 I was going through some files today and realized that although I had shot this film in 2017, and noted it in my article of the pre-assembled Caffenol mix, I did not really review the film! So, here is my recollection of the Agfa Copex Rapid 35mm film.

I bought a roll of the 35mm Agfa Copex Rapid film from Freestyle to try it out. It sat in my fridge for many months before I decided to give it a try.  My delay was probably more about the development of the film than the shooting of it. At 50 ISO, it's not as slow as a lot of the strange films that I have tested, and it certainly is a stop faster than Kodak's TechPan film.  Since it's basically a microfilm, it will be inherently contrasty.  Not as much as something like Kodalith, but I assumed it was going to be more like a Technical pan type of film.

Here is Freestyle's online description of this film:

Agfa Copex Rapid 50 is a low-speed panchromatic black and white film with a nominal sensitivity of ISO 50/18°. Featuring excellent resolution, very fine grain and excellent acutance. The emulsion is coated on a transparent synthetic base providing excellent long-term and dimensional stability.


Note: Film has to be loaded and unloaded in subdued light and exposed film should be stored in a light tight film container.

When Copex is developed with Spur Modular UR developer, sharpness, fine-grain, exposure latitude, tonal values, speed utilization are all retained. The Parts 'A' and 'B' are needed for the absolutely streak-free development of the SPUR DSX/Agfa Copex Rapid roll film; Part 'C' is no longer needed as previously.

What deterred me from shooting it for so long was the specialty developer.  I like to use what I have, and I am assuming that the aforementioned developer tames the contrast.  Nevertheless, World-wide Pinhole Day was approaching, and I wanted to shoot the film in an SLR while also doing the pinhole stuff that day.  For some reason, I chose my Minolta X-370 SLR and took it along for the day.  I shot the film at 50 ISO, and used a tripod, as it was an overcast and chilly day. Some of my exposures were set at f/16, which meant shutter speeds long enough to blur motion.  As my link at top shows, I developed the film in the Labeauratoire Caffenol Concoction  for 15 minutes.  I figured, what the hell, just go for it and see what happens!

Developed in the Caffenol, the film looks a lot like some of the specialty microfilms that I have used -- though it was certainly faster.  I'll take ISO 50 over ISO 6 any day.

Here are some sample images.  Overall, I was pleasantly surprised at the results.  The film is on a PET base, so it does lie flat and scans easily. I had to do some tweaking in Corel Paint Shop Pro to get the look I wanted from the scans from the Epson V700.  I guess if I were to seriously try this film again, I would try the SPUR developer. However, the Caffenol did a pretty good job,and of course, I could also try Technidol to see how that works with the Copex rapid 50 film. 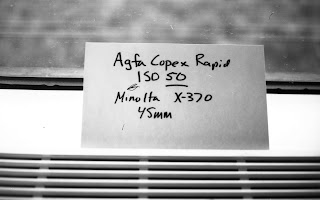 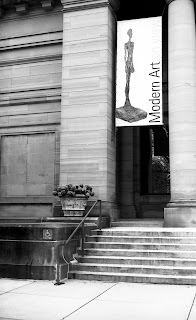 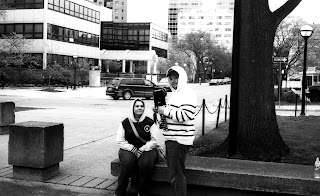 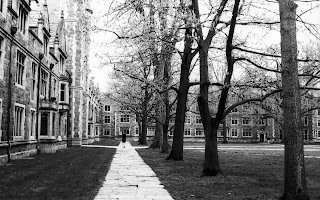 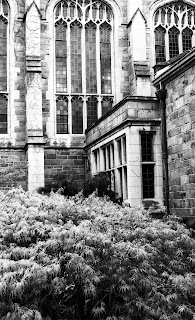 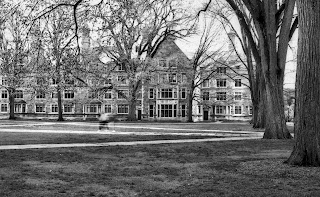 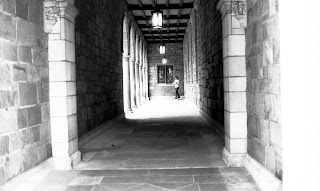 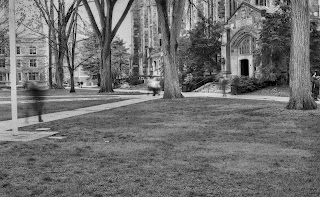 The beauty of shooting film is that there are so many different approaches you can take with any particular film.  In this case, I took a chance with a non-traditional developer and it worked pretty well.  Your results may vary when using the Copex Rapid 50, but it certainly is fine-grained and may be just the solution to what you are looking for in a film.  Missing TechPan?  Give this film a try.

I recently sold a small estate of photo gear on eBay for a client.  In the midst of all this, of course, I have been getting things going on home improvements and contractors, etc.   So, I was greatly relieved when all the eBay items had sold and shipped off to the buyers.  After over a week past the sales, I did all the accounting, paid off the fees, etc., the client, and took my small percentage.  Then, over the weekend, I received an eBay message from a buyer that he was not happy with how his lens arrived.  Thankfully, he sent me photos.

This is the Leitz Hektor 135mm lens with bakelite case that I shipped. 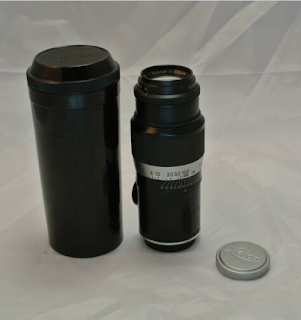 It was in excellent condition as seen here, and this was the condition that it was in when it left my hands.

This is the condition it was in when he received it. 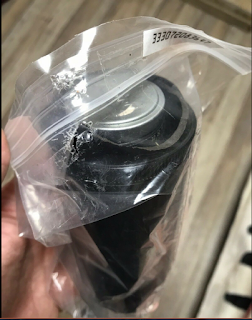 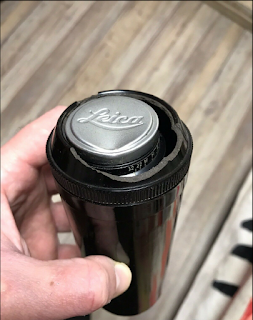 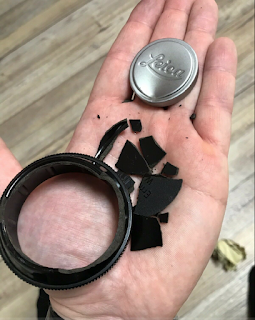 OUCH.
In addition, the lens focusing helical was jammed up.

What happened?
It's my fault, pure and simple.  In my rush to get things done, I left the lens inside the Bakelite tube without adding any padding to the top end.  No matter that the entire thing was encased in bubble wrap.  There was obviously enough play inside, that when the package was in transit, all it needed was a nice flat drop on the wrong end to provide enough kinetic energy to the lens to smash the end of the Bakelite tube and ruin a perfectly good lens.  I should have known better. Bakelite is actually a very fragile material and does not resist impact very well if it has aged a long time.  It's not forgiving at all, with little resiliency.  I should have packed the lens separately from the Bakelite tube and all would have been fine.  Do you ever get those nagging little feelings that you should have done something a bit better? That was it, for me.  I knew there was some play inside, but never thought about the worst-case scenario.  I have been selling photo stuff on ebay for many years, without a problem, and this was a case of a bit of sloppiness on my part.

I gave him a full refund, and thankfully, the Hektor lens was only $46.

A relatively cheap lesson for me.
Posted by mfophotos at 9:48 AM No comments: