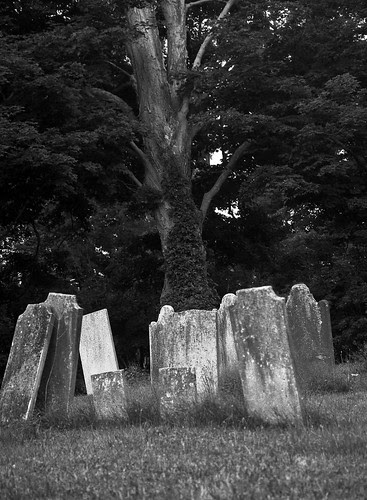 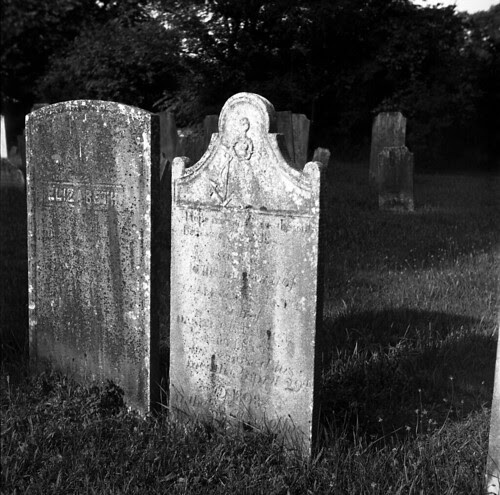 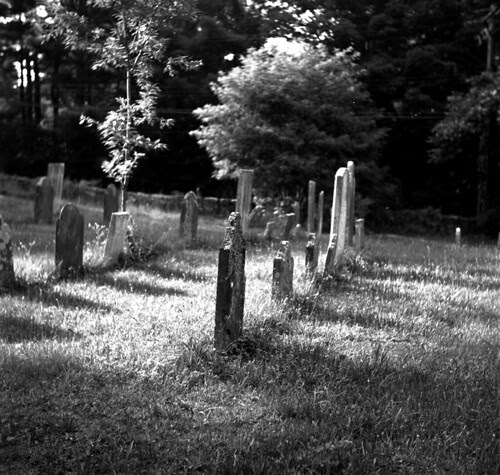 Back with a load of film

On July 12, Adrienne, Marjorie, and I drove out to Amenia, NY to start our 11 days of vacation. My plan was to use film almost entirely, as well as leave the computer and DLSR at home. Some people thought I was being an idiot for leaving the computer behind, but given that we were going to have very sporadic internet access, I figured it would be somewhat liberating not using a computer. I was right. I shot just a few images with my Cooolpix 995, and shot 25 rolls of film. My equipment was a Holga, Yashica A tlr, Mamiya 645E, Nikon N80 and a Nikkormat FTN, and my Olympus XA2 pocket camera.

Our route was across OH and PA as we took I-80 over to Scranton, and then cut up towards Port Jervis, NY and the Taconic Parkway to Amenia. While in Amenia, Marjorie and I drove over to Sharon and Torrington, CT, which was a beautiful drive. I'll write more about some things we saw there later on. We also managed to hit a few antique stores in Millbrook and other towns.
We left Amenia on Monday, July 16 and proceeded to Poughkeepsie, NY and up to Hyde Park to see the Vanderbilt mansion. Amazing place. Then up towards Albany, and we should have stayed there a day, but didn't. We spent the night in Amsterdam, NY (ugly place), and went W on Route 5 the rest of the way to Syracuse. We stopped in Utica, which I had driven past many times in years past, but don't recall the city. It was actually pretty nice, and we were treated to viewing the interior of a fabulous theater that was being expanded and renovated. We managed to find a cool theater in every city we stopped at, which for Marjorie, was a great treat. I'll continue on with the story when I have photos to post.

I shot mostly B&W -- and I look forward to sharing my best images with you. Back to the darkroom...
Posted by mfophotos at 8:22 PM No comments: