I am sitting here, looking through the many sheets of sleeved negatives from this year's photography.  Counting the sleeved film and the unprocessed rolls, I came up with 125 rolls of film.  It hardly seems possible that I have shot that much, given all of the things that have happened this year!  What with getting a house ready to sell, planning a move, looking for a new home, and moving to Weaverville, NC, along with post-move work, I am amazed that I have been able to get out with a camera as often as I have.  Perhaps that is what kept me sane throughout the year.  The other factor is being retired.  I have more time to do the things I love.

So, while I have not traveled this year like I did last year, I live in an area that is new to me, and of course, also has plenty of photographic opportunities.

I have also been able to work on my writing and putting together some resources for film users.  My guide to flash photography for film cameras has been quite popular as a download, and I'm sure as time goes on, more people will be aware of it.    My new 'zine, "Monochrome Mania" will be printed in January, and I'll have more information about it here, of course.  I will go for an initial run of 50 copies, which I hope will all sell.  I'll have more information about ordering, etc. via all the social media.

Earlier this month, I drove to NJ to meet up with the FPP gang.  For four days, all we did was work on the incoming donations for the School Photography Program.  It was pretty overwhelming, but we made a huge dent in the boxes, and got several loads of cameras out to fulfill deserving requests.    In addition, I filled up the back of my Escape with boxes of cameras to work on and take back on my next visit.

On my way to NJ, I mostly took Interstate 81, and there is a parallel US route - Route 11 that is not a limited access highway.  I am familiar with Route 11, as I grew up in northern NY, and Route 11 was my typical route going to and from Syracuse.  In 2015, I took it again, for a trip around the state, and after taking it for a bit in Virginia this month, I fell in love with the road again.  It was one of the first US routes, and goes from the NY- Canada border all the way to Louisiana.    It's fermented an idea in my head. I think a photo book about the route would be a great thing, since it passes through so many towns, and I don't know if I would do it alone, or get collaborators to photograph segments in their home states.  All on film, of course.  I'll have to give it more thought and planning and see what I come up with.

My plans for 2020 -- not quite sure as yet, but I know that I'll be doing more camera testing, film testing, and traveling.  All which should yield a lot more photographs.  I want to shoot more medium format, especially with my Mamiya C330, and use Ilford Ortho film with it.  I have a road trip to Arizona planned for April, and maybe one to New York in February.   I'll be starting out the year with a couple of days in Columbia, SC.

So, as we finish out this year, I hope that film photography continues to be as popular as it has been the past few years.  I am not exaggerating when I say that film sales have been phenomenal.  I wish you all the best for 2020!

Posted by mfophotos at 12:16 PM No comments:

Back in September, I posted about my photography of trees, and this year, I produced my usual annual calendar, with the same subject.  Trees 2020 features 12 monochrome images of trees from various places, on 8.5 x 11" heavy card stock, and is spiral bound.  If you'd like support an artist in his work, this is one way -- buy a copy of my calendar. $15 (USA only), includes shipping to you, and you can frame any one of those images when you are done using the calendar.  I accept Paypal  and of course, checks.  I have a limited number available, so please message me (mfobrien AT gmail.com)  to make sure you can purchase one. 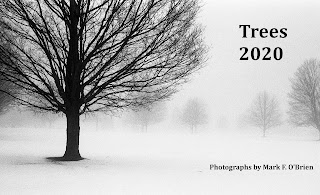 I know, people have phones now and don't use wall calendars, but it's an inexpensive way to hang some art that changes every month. They also make good gifts.  Remember, photographs are tangible things.  They belong on a wall! 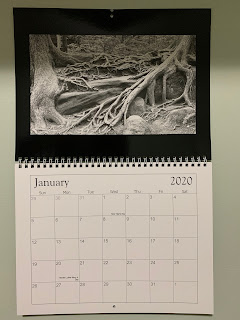 Thank you, and have a great holiday season, however you celebrate this time of year!

Posted by mfophotos at 9:48 PM No comments: 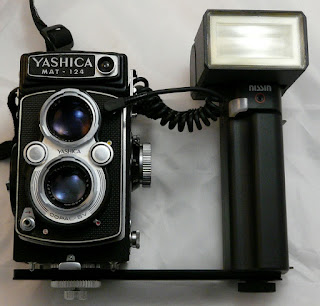 Many months ago, I assembled a 14-page guide about using flashes with film cameras.  If you are nervous about using a flash with your film camera because you just are not sure what to do, this guide is for you.  Yes, it's easier with digital, just because you have instant feedback, but be brave! It's pretty easy to use a flash manually as well as on automatic mode with your SLR, or any camera that has a flash shoe.

Here is the link to the guide.  It's just too much for a blog post, and I would never be happy with the formatting.  This is an easy to print 14 page guide that I hope you'll find helpful.

My gift to you!