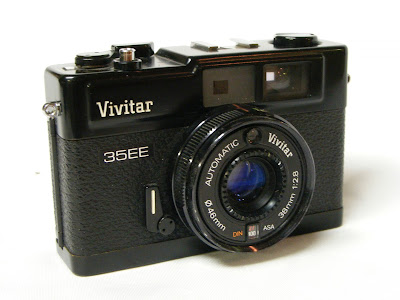 Goodbye to a fellow photographer

David J. Bay, a colleague at the University of Michigan passed away on Feb. 21 after a lengthy illness. I had known David for nearly my entire career at UM (28 years), and he'd been working for the University for over 34 years. I always envied Dave's position -- after all, not all that many photographers end up with a full-time job with benefits. Dave was a laid-back person that really knew his craft, and I enjoyed his wry sense of humor. I can't say that we were close friends -- in fact, most of his personal life was a mystery to me. I used to see him at the bar at Ashley's pub every now and then, and he often drove around in a black Harley with a side-car, and looked every bit the part of someone that enjoyed being himself. Dave was an excellent photographer, and whether he was shooting a staff portrait, some butterflies in a tray, or making slides for talks, his work was always well-done. I doubt that many faculty realized the "I need it by tomorrow" approach to getting slides done for a talk that should have been done weeks before was a sure way make Dave lose his hair.

I used to talk to him whenever I was in his building, and whenever we ran into each other somewhere, we would discuss photography. He loved Nikons and we shared a common interest in the craft of being a good photographer. I know he liked sharing his expertise, and I imagine there are scores of graduate students that learned a thing or two from Dave. With anyone so well-versed in photography, he made the difficult appear simple, his techniques refined from years of experience. The digital tide came his way, and he adapted, though I suspect somewhat grudgingly. Because as we all know, anyone with a digital camera instantly thinks they are now an expert on photography. I'm sure Dave had some interesting exchanges with such people.

Throughout our lives there are people that we wished we'd had one more conversation with, one more beer with, or one more chance to find out more from that person. David Bay was one of those people, and we are poorer with his passing.

A gathering of family and friends will be held at Matthaei Botanical Gardens on Dixboro Road, Saturday, February 28, from 1 – 4 p.m.
Posted by mfophotos at 3:32 PM 2 comments:

End of the Line

This is a little bit of sadness I thought I would share. The artist in the Museum of Anthropology stopped by my office last week to let me know that their darkroom was being decommissioned and that I should stop by. I never used that particular darkroom, but it has a very personal history for me. You see, the person I bought my house from (Bill Brudon) was the Museum Artist and used that darkroom for a number of years (until he left in 1960 or so), and it held a special place in his heart. The darkroom went from the Museum of Zoology to Anthropology about 16 years ago, and the enlarger that used to be there (an Omega D2) was the one that Bill used. That enlarger eventually found its way to my house a few years ago, and I gave it to a friend that wanted to set up his own darkroom. Bill retired from the University long ago, and is not in good health right now. That darkroom has been through a few iterations, and looks only vaguely the way I remember it when it belonged to the Museum of Zoology. The walls used to be all black, and there was lots of old maple cabinetry -- which still exists on the walls of one side. Given that the workflow at the museum is strictly digital now, of course, it's time for it to go.

Thankfully, I have my own fully stocked darkroom, but it still makes me sad to see another one disappear. 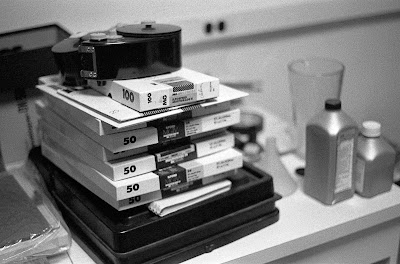 High-def with a 35mm camera

Last night I finally processed a roll of TechPan film that I had recently shot with my Zeiss-Ikon Contina. I started the roll probably on 2007, and finished it up a few weeks ago, photographing the ice and snow at Barton Dam. A cold day, and perfect for a camera like the Contina, since it's easy to adjust and use. I'd shot several rolls of film in the camera before with great result.

The Contina has a 45mm 2.8 lens that is quite sharp and contrasty. It has a lens hood that I usually forget to attach, and probably should use more than I do. However, it's a nice example of a good zone-focus camera.

After I developed the TechPan, my worst fears were realized. While shooting at Barton Dam, I thought that the film advance seemed a bit odd. Yes, the film was advancing, but perhaps it was the fact that my hands were cold and that I hadn't used the camera in a while that I was imagining things. After I hung the film up to dry, I saw that the first few exposures made at West Park --probably in 2007 -- were ok, but the frame spacing was a tad off. Then, the next 20+ shots at Barton Dam were overlapped continually until the last 11 frames. Ugh. There are (I mean, were) some great shots in there. The last 11 were spaced pretty much ok. That was pretty disapponting, as I knew that I had some good exposures at the dam. The ones that were okay, were probably not my best compositions on the roll, but they are the ones that survived. 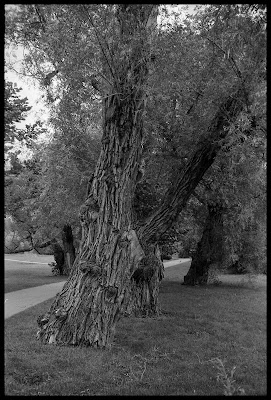 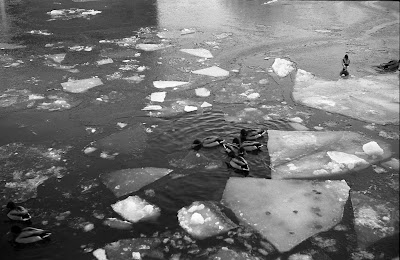 TechPan (discontinued several years ago by Kodak) continues to be a film that amazes me. I have PLENTY of it, and though I don't shoot it as often as I should, it points out how much fun using film can be. So long as I have the developers (Technidol or Photographer's Formulary TD-3) and the film, it'll give me more years of high-definition 35mm photography. Imagine using this film in a Hasselblad X-Pan! Virtually grainless, and the tonality, tamed with a proper developer, is very good, as you can see in the above images.
Posted by mfophotos at 8:37 AM 3 comments: