Last September, I purchased a lovely Beacon 225 in the lether case for the sum of $5 at the PTO Thrift shop in Ann arbor.  It was a banner day, because that is when I also bought the Olympus Trip 35 that I have enjoyed using.  The Beacon sat on the shelf over the winter, until I decided to re-spool some 120 film onto 620 spools a few weeks ago.  I loaded some 1997-expired Verichrome Pan - a perfect film for simple cameras such as the Beacon 225. 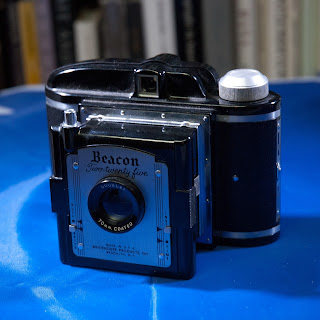 The Beacon 225 was made by Whitehouse Products in Brooklyn, NY, between 1950 -1958.  Whitehouse Products is another of those post-WWII camera companies that lasted about a decade. The Beacon II is very similar, but it's smaller and takes 127 film.  The Beacon 225, like the Beacon II, has a collapsible lens box that snaps into place when pulled away from the body. Then, the shutter will fire.  The Beacon 225 takes 12  6x6 cm images on 620 roll film.  The shutter speeds are Instant and Bulb, with aperture settings for sunny ("brite") (f/16?) and cloudy ("dull") (f/8?).  The lens is a 70 mm coated doublet.  There is a tripod thread on the bottom of the camera.  The red window in the back is set in a rectangular frame. The camera is mostly black plastic of some sort, and is actually rather attractive.  It collapses to a respectable size that would fit into a coat pocket.

On March 20, I shot the roll of Verichrome Pan, mostly along the beach in Muskegon, MI.  The wind was really gusty, and sand was blowing all over the place.  What better conditions to use a cheap camera?

I developed the Verichrome Pan in D-76 1:1 for 9 minutes.  Overall,  I am quite pleased with the results, and the subject matter was perfectly suited to this camera. 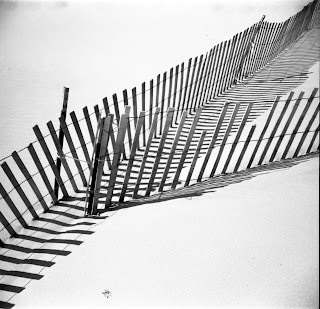 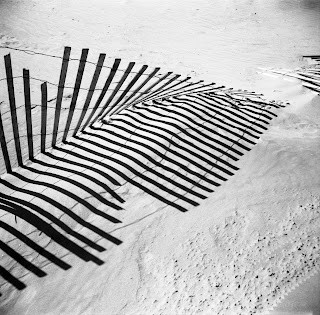 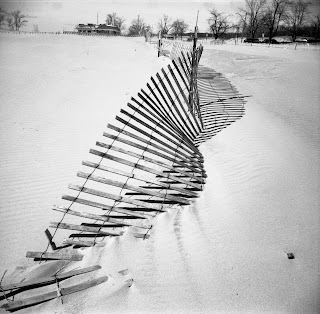 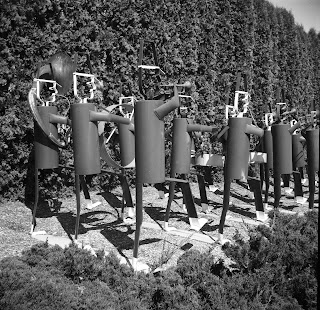 
When I first started getting serious about being a photographer, I picked up a medium-format (120 film) folding bellows camera for something like $15. It was an early version Agfa Isolette which surprised me with the quality of the images I got from it. That was back around 2000-2001, and the camera was probably given to someone over the years. I have had a few other 6x6 and 6 x 4.5 folding cameras, as well as 6x9 folders. In my opinion, a 6x6 folder is the optimal MF pocketable camera. You get the full benefit of the square negative, portability, and 12 exposures/roll. While a 6x9 cm folder will give you more film real estate, you also have a larger camera, and many of the cameras available are quite old, with problematic bellows, and the additional problem of anything Kodak probably needing 620 film. There are a plethora of folding cameras out there by Balda, Franka, Certo, Voigtlander, Zeiss-Ikon, Kodak, and Agfa, to name a few. Here, I want to focus on only 6x6 folders, which I believe offer the best value and ease of use.

For some reason, there are fewer choices for 6x6 folding cameras, and your most common examples available are those made by Agfa and Ansco. Most of the models are post WWII, made from 1946-1960.


Agfa Isolette (sometimes spelled Jsolette)
While many of these cameras are quite usable, the one single problem that most have is the green grease that was used on the focus helical has solidified. This usually requires some dis-assembly, and use of Naptha to free up the helical. In some cases, you may think the helical is working, but you are only turning the lens via loosened mounting screws. Once you have a free-moving helical, and if the lenses are clear and shutter is firing properly, you’ll have an excellent pocket 120 film camera.


Things to check for in buying any folding camera:
Using a 6x6 folder is quite easy - press the release button to drop the bed and the self-erecting lensboard pops up and extends the bellows. Figure out your distance, aperture and shutter speed for four situation, cock the shutter and fire. Advance film to the next frame, and repeat. While these lenses are not as fast as most TLR cameras, they are probably going to produce excellent results at F/8 and smaller apertures, anyway. Most of the Ansco/Agfa 6x6 cameras feature a “cold shoe” on the top deck, which can hold a rangefinder attachment or a flash with a PC connector. The Isolettes have an array of lens/shutter combinations that often have a PC connector for flashbulb, and later, X-sync. Any single model will have several variations.


Balda, Certo-Six, Franka Solida, Ricoh-Six, Voigtlander Perkeo, Zeiss Ikonta , Zeiss Nettar, Zeiss Nettax. There are as multitude of confusing names and features in the Zeiss-Ikon family, and the Ikonta B is a place to start exploring. Luckily, the majority of 6x6 folders were made in Europe, so 120 film usage is a certainty in those cameras.

Prices
Prices are all over the place for the Isolettes, but the higher-end models will always command more money. Most sellers do not know what model Isolette or Speedex they are selling, so carefully examine the images to see what model you are bidding on. Go to Certo6 and Camera-Wiki to get more information on the various models.
Posted by mfophotos at 2:37 PM 1 comment:

Is this the end? 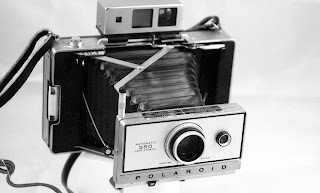 Yesterday, all of the online sites were abuzz with the news that Fuji was no longer going to produce FP-100C, the last peel-apart film for Polaroid pack-film cameras.   We should have been warned when Fuji stopped manufacturing FP-3000B in 2013 -- the beautiful black and white film that many of us really loved.  I love using the Polaroid Land Cameras -- the results are fun, unique, and the Fuji color film is especially vibrant.

Some rumors claim that the FP100C that Fuji has been selling was the last batch anyway, and whatever is left in stock anywhere is all that remains.  Consequently, prices have shot up from the $8.99/pack that I paid last year, to over $32.00 on some sites.   I have about 4 packs left, so I will use what I have for special projects, and that will be it for me.  Likewise, prices for pack film cameras will tumble.

Will another company take over production the way the Impossible Project did?  I wouldn't hold my breath.  It's a niche market. Fuji is making a ton of money on its Instax film.  They have the market cornered there.   The newest pack-film cameras are 15 years old or so, and the film represents a small percentage of sales.

It is ironic that the announcement from Fuji came on the anniversary of Edwin Land's death - March 1, 1991. 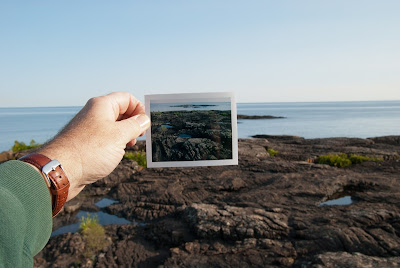