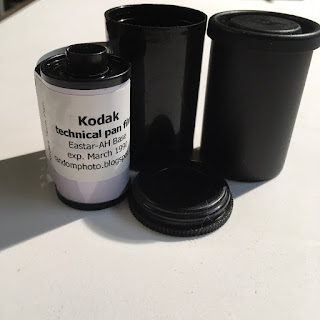 If you have looked through this blog, you'll see that I have long been a fan of Kodak Technical Pan 2415 film.  A few years ago, I acquired a bulk roll of Kodak Technical Pan film that was already in a bulk loader. It has sat around in my basement since then.  Two months ago, I rolled it all up into individual 35mm cassettes, with the intention of selling it on eBay.  But before I can do so, I need to test the film. The expiration date was March, 1990.  So, that film is 30 years old at the very least.  My experience has been that films like TechPan and Kodalith keep pretty well. The low ISO and low grain really helps.  But, unless one develops the films in a low-contrast developer such as POTA, you'll end up with high-contrast black and white negatives with little gradation of gray tones.  In the case of TechPan, I always used the Technidol developer which gave me lovely tonality at ISO 25, with no discernible grain.  Since I have packed up most of my chemicals for an impending move, how could I go about testing the film?  Earlier this week I decided to go ahead and shoot a test roll in my Canon T60, and today, I finally developed the film.  To achieve a low-contrast and keep the gray tones, I used Rodinal.  I used 2 ml of Rodinal in 498ml of water.  I developed for 13 minutes, agitating every minute.  I used a water stop, and fixed in FPP fixer, and the usual water and FPP Archival Wash after fixing.

As I opened the developing tank, I could see that yes! I did get images.  As I figured, the negatives were "thin", but I knew they should scan pretty well.  This wasn't a stand development, which has been suggested for TechPan in Rodinal.  I wanted to mainly see if the dilution would give me a negative I could scan, and also to see how the film has aged.

The negatives were scanned on my Epson V700 Photo flatbed scanner, and in post, I was was able to clean the images up and tweak them in my go-to editing software, Corel Paint Shop Pro. 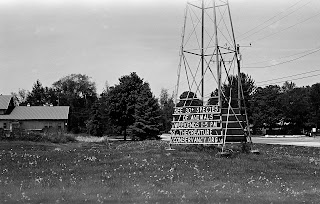 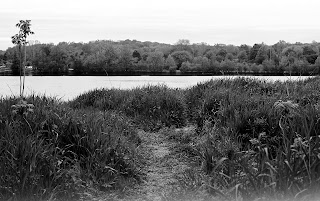 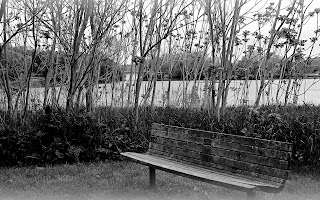 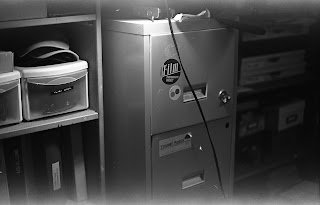 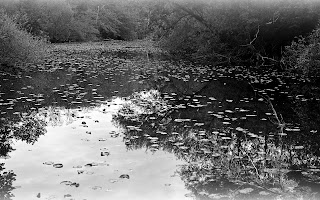 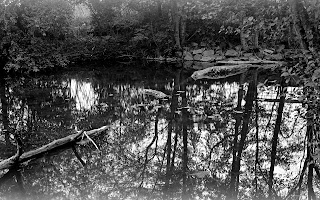 As you can see, these are not too bad, given the TechPan quirks.  I detect some grain, but still, very low. What I do note is some edge fogging, which could be due to the development, my handling, or at worst, the entire roll is like this.  I'll do some more tests to see what is going on.  I think I'll test another roll using Caffenol as a developer, and shoot it with the idea that I want to have a high-contrast negative.   If I find that the next roll is without any problems, I'll probably just sell or trade them direct from here.

Kodak's Technical Pan Brochure is here.
The Photographer's Formulary sells Developer TD-3, which is a replacement for Kodak's Technidol developer. It does not contain Phenidone.

The formula for POTA is:
Sodium Sulfite - 30 grams
Phenidone  - 1.5 grams
Distilled water to make 1 liter     - heat the water to 30°C to make the Phenidone dissolve.
Develop the TechPan at 20°C

Develop time is 15 minutes, with 5 seconds of agitation every 30 seconds.  Use water stop bath, and typical fixer.  The suggested ISO is 25, but an ISO of 50 may give acceptable results.
POTA should be used as soon as possible, and make a new batch each time you want to develop film.
Be careful with TechPan film, as it is a thin emulsion on a Polyester base.  Light piping will occur, so load the film indoors and store in black plastic cans.   TechPan can be an amazing pictorial film, and I hope that I'll be able to make the film available to others.
Posted by mfophotos at 11:12 PM No comments:

Comrade, Can I Interest You in a Zenit?

Shooting with the Zenit 12XP 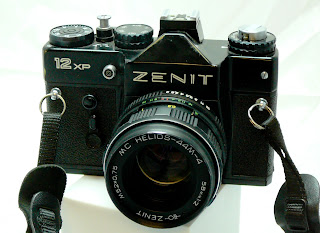 Over the years, I have owned a few Zenits.  My introduction to this line of Russian SLRs was with the Zenit E (made in the 1970s), which came in a leather never-ready case that smelled fairly awful. That was around 2001.  I probably paid less than $20 for it.  The viewfinder was a bit strange as well.  I later had a Zenit EM (made in the 1970s-80s), and then a more modern, but plasticky Zenit 122 (1990s).  That Zenit was certainly not as ruggedly built as its metal-bodied counterparts. The Zenit 12 XP that I have is now my only M42-mount camera.  I bought it at an antique store in Negaunee, MI for $20 about 5 years ago.  It came with a Helios 44M-4 58mm f/2 lens which is one of those lenses that seem to have a special endearing quality.

Feature-wise, the Zenits are certainly not innovative, by any means.  The 12XP features B, 1/30, 1/60, 1/125, 1/250, and 1/500 sec shutter speeds.  It might be the Volkswagen of 35mm SLR cameras.  It does feature a standard hot-shoe as well as a PC socket, self-timer, and a meter with diode indicators in the viewfinder.  Metering is stop-down style -- a partial press of the shutter release will activate the meter and actuate the aperture.  If the two diodes are lit simultaneously, then you probably have a correct exposure. The flash sync is at 1/30 sec!   ISO ranges are from 16 to 500.  The all-metal construction of the camera makes it tank-like, but even so, it’s easy to use. The 12XP was manufactured from 1983-1992, and over a million units were produced. 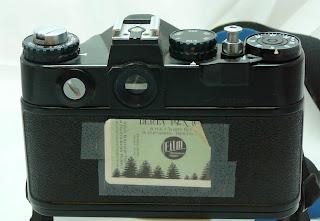 Back to the lens -- since the Helios 44M in its various incarnations was put on the Zenits, it may be the most common “normal” lens from a manufacturer out there, at least in M42 mount (made from 1958-1992).  Renowned for its interesting swirly bokeh, rugged construction and affordability, it’s a copy of the Zeiss Biotar 58mm f/2 lens.  Many users praise the lens for it’s buttery bokeh on closeups, and for portraiture.  At 58mm, it’s certainly less wide than a 40mm.    The close-focus of the lens is 18”, and it’s a real pleasure to use. This lens is multicoated (MC), but early versions of the lens may be uncoated or single-coated. 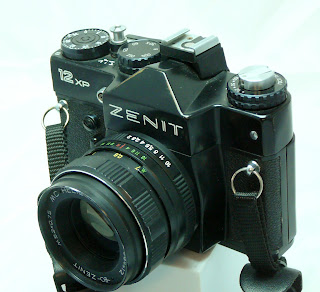 My take on the Zenit 12XP is that it’s a no-frills camera with a  great lens that will allow you to concentrate on your subject.  The basic controls are very basic, and with the limited shutter speed selection, it may seem a bit antiquated.  Everything is fully manual, and it also makes it a great camera to learn photography with.  Given the price of Pentax K1000s, a Zenit 12XP ought to be a bargain of you are looking for a basic SLR.  The M42 screw mount has a huge number of lenses available for it, and they usually go for far less than other mounts.

Today, the prices on eBay are all over the place.  A 12XP with the Helios 44M lens in very good condition will range from $20 - $90.  The body only for a Zenit TTL - 12 series runs from $15-$40. All excluding shipping, of course. I figure that I did well for what I paid! Since it was made in Russia, it's going to be a more common camera in Europe than the USA.  Some Zenit Es were re-badged under the Kalimar label as the Kalimar SR200.

Images!  I really do like the results from this camera and lens combination.