No, that's not the name of a NASCAR race. Yashica is well-known for its plethora of 35mm rangefinder cameras in the 1960s and 70s. These metal-bodied cameras usually have 45-50mm lenses and plenty of glass -- usually a minimum of f/1.8. There are a bewildering variety of models, starting with the Minister, Lynx, and of course, the series of Electro 35 cameras. The Electro 35 models tend to be somewhat larger and heavier than the Lynx models. Some take odd-sized mercury cells, and others take alkaline cells. Some are semi-automatic, depending on a working battery to operate, and others, such as the Lynx, can operate independent of a battery. With these aging cameras, it's often a matter of luck in finding one that works properly. In my case, I was at a local consignment shop and saw the Lynx 500e. It was in a case, and though it appeared to be in good shape, the batteries in the battery compartment had badly oxidized. However, the shutter speeds and apertures appeared to be good, so I paid the $40 for it. 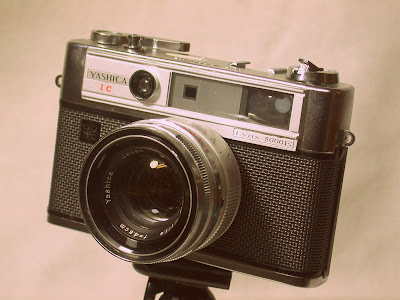 Once I got it home, I cleaned it up a bit. I cleaned out the battery compartment. The camera takes two PX-640a cells, which can be found online or at a battery store. I decided to not spend any money on the cells until after I could test the electronics. I haven't done that yet, as the camera works great manually. The model I have is the Lynx 5000e, which was made between 1963 and 1966. It features a 45mm f/1.8 lens -- plenty fast enough for a rangefinder camera, and a shutter speed range from B to 1/1000 sec. That's an excellent range for a leaf-shuttered camera. The Lynx 5000 takes 46mm screw-on filters, and it just so happens that I have a bunch. There is no hot-shoe, but it does have a pc flash connector on the front. In the test shots that follow, I used my intuition for the exposure, and am quite pleased with the results on Kentmere 400 film. Although not too arty, the images do show the lens is sharp and focused correctly. 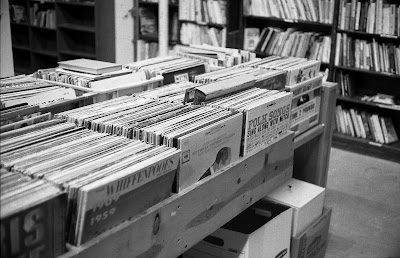 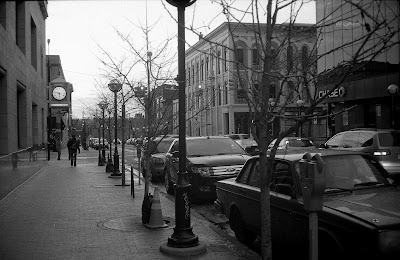 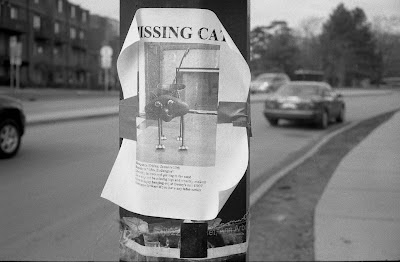 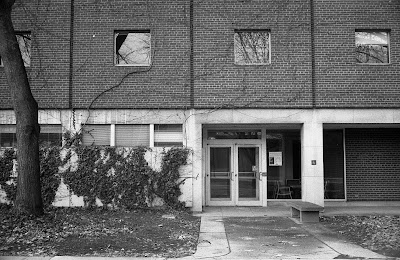 I really like the size and handling of the Lynx 5000e. One nice feature is that if one sets a particular shutter speed and aperture combination for a given exposure value, the rings can rotate together to give you a series of combinations of aperture and shutter speed based on the same EV. I find that to be a very useful option, especially on a manual camera. I'll give the camera a whirl with color film soon and see how things go. I certainly recommend the Lynx 5000, and if you look around, be aware that there is a Lynx 14 -- boasting the fastest lens on a compact leaf-shutter camera -- a 45mm f/1.4 Yashinon. 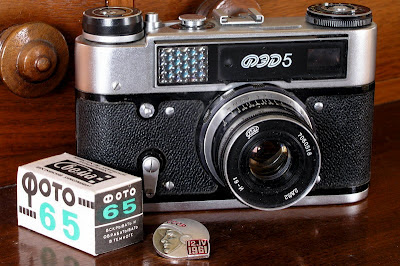 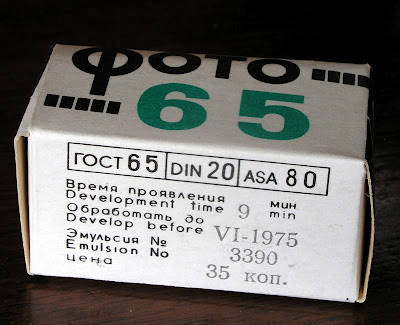 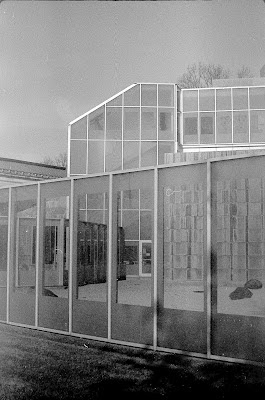 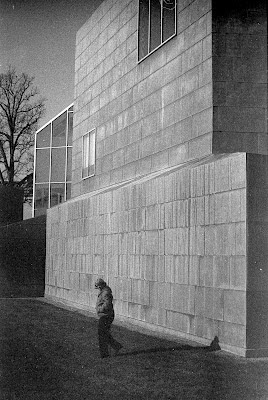 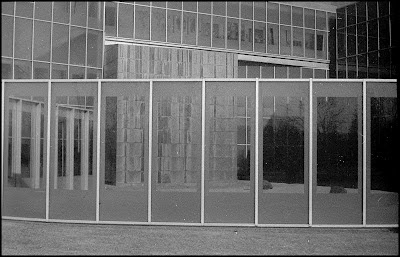 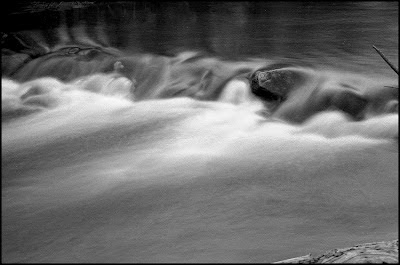 Some questions I hear from aspiring photographers are: "What should I photograph?" "I don't know what to shoot, what should I do?" and "How is a snap shot different from what somebody who's famous shot?"

I think I can answer all three of those questions with one sentence -- "work a scene." What do I mean by that? Well, working a scene is something a good photographer does almost without thinking about it, but in reality, it means setting up a series of shots at a particular place to get a range of images. Taken in their entirety, the shots may provide a lot of information about the scene, but each individual image provides a singular interpretation of the scene. In fact, each image could be shot so differently that anyone seeing a series of prints later on, may not even know they are from the same place and time. Working a scene means getting a number of images from a place, and each image may bear a serial relationship to the other taken before and after, or not. But it's not a single photo of something that "looked cool." Thanks to the digital cameras that we have today, one can "work a scene" almost to death, experimenting with different effects, lenses, saturation, etc., and see the results immediately on the LCD screen. That's not a bad thing, as I think one benefit of digital photography is that it allows for exploration with immediate feedback as to what's working. You can work a scene with film, too. If you are serious about photography, working a scene is done almost unconsciously. However you photograph, no matter with film or digital, it pays to explore a scene and sometimes you will end up with images that you had not expected to take.

This morning, I anticipated that we would have some hoarfrost, so I grabbed my camera backpack with my Nikon D90 and lenses, and headed out to my vehicle (I always keep my tripod on the rear floor in my Escape), and drove off to Buhr Park. It's not far from my house, and I got there barely ahead of the sunrise. I decided to use just the 85mm 1.8 AF-D Nikkor with the extra-long lens hood, as I wanted to shoot wide-open for some shots. I have photographed the grove of apple trees in Buhr Park numerous times -- usually in fog, so I wanted some higher contrast scenes this morning and with the frost on the grass and the dark trees, I knew I would have some good opportunities for that(we have barely had any snow this winter!).

First of all, it's difficult to shoot into the sun, and you will get flare spots on your lens if you do. However, with a scene so obviously monochromatic, the colorful flare spots gave the image an entirely different look. I suspect that the 85mm 1.8 Nikkor is more flare-prone, too.

Shooting with the sun to the side and incorporating shadows from the raking light gives an altogether different interpretation of the scene. I also changed the image in PP to monochrome.

Stopping down a bit to f/3.2, I wanted to use the sunlit side of the trees and the frosted grass. Just enough blur of the trees in the far background make the foreground pop more.

Lastly, a little PP work to give the scene a more Holga-like appearance.

It's obvious by now that all of these images are from the same place, but each of them has a differently quality and interpretation. That's working a scene (and working the brain). You will improve your photography by shooting a lot -- that's the only way to do so.