Back from Marquette, MI

My wife and I took a short vacation in the Upper Peninsula to visit our daughters, and while we were only there for 4 days, I made a point to get out and do some photography.  Normally, I would paack a few bags -- one with a Nikon DSLR and  bags with some film cameras. This time, I only brought film cameras and my iPhone SE.  Some of my shots on film were made after I did a version on my iPhone to see how it would look in b&w, for instance.  Aside from that, the camera phone is a creative tool, and I enjoyed seeing what I could get with it.  My arsenal was 2 Nikon FMs, Pentax 6x7, Leica M2, Olympus Trip 35, Ondu 6x9 pinhole camera, and my Canon AW-1.  The Ondu got to shoot Reany Falls, and I look forward to seeing how those negatives come out. The weather had its moments, as Sunday morning was cool and wet, with some fog.  It felt more like September than June, but that's why I love the UP.  The weather can change quickly, and it is rarely dull along Lake Superior.  On the other hand, I saw a most glorious sunrise while out walking on Friday morning. The Iron Ore Heritage Trail that runs from Harvey through Marquette is right along the lake shore, and offers a fantastic view.
While at Black Rocks in the fog and mist, I shot two rolls with my Pentax 6x7.  It will be interesting to see how they come out.  Here are some iPhone shots while I was out on the rocks.    It is a very special place to photograph.  I always enjoy going there, and the many moods of Lake Superior cast a different aspect each time. 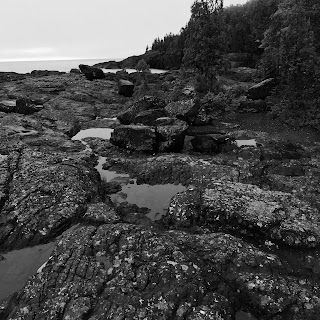 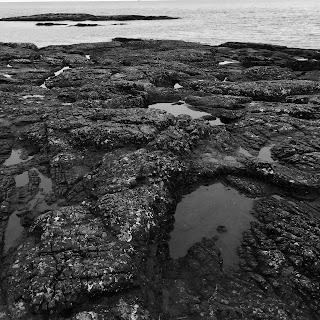 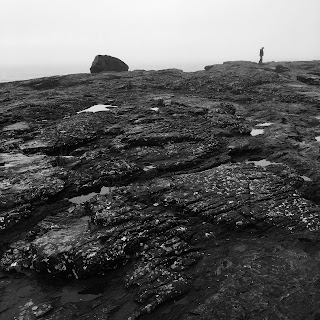 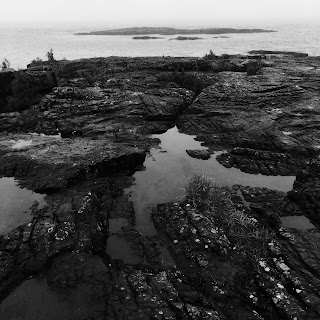 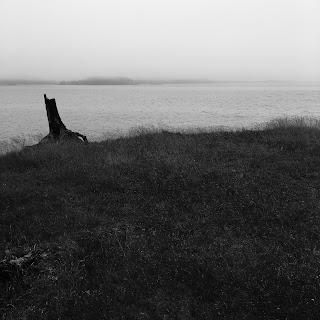 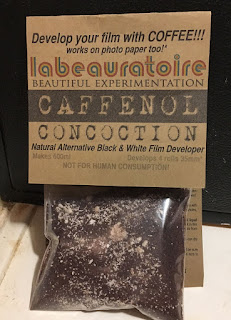 One of the interesting aspects of film photography is that it is a chemical process.  Therefore, there are myriads of combinations of developers and films that give us differing results. The process encourages experimentation, and while there are varying opinions on what constitutes the ideal developer, ideal film, and so on, the results are a reflection of a photographer's eye and what he/she considers acceptable results.  In addition to that circle, there are people that look for the unusual and one of those is to find the household "chemicals" that allow us to develop a roll of traditional black and white film.  This is one of those aspects of developing film that I find quite interesting.  One popular "household" developer is Caffenol, which contains a strong mix of dissolved instant coffee. The cheaper the brand, the better.  There are various formulations of Caffenol, and the typical mixture contains instant coffee, Vitamin-C, and Sodium Carbonate (washing soda).  There is a really great resource for those wanting to know more about it at caffenol.org.   I have made my own Caffenol concoctions with decent results, but it's been a few years since I have used it.  However, a few months ago I received a packet from the FPP store of the pre-mixed Caffenol sold by Labeauratoire.  If you just want to try using Caffenol, this is a good way to sample it without buying all of the components and mixing it yourself, and you can decide if it is worth going that route if you like the results. Note -- you can also use Caffenol to develop prints - and "tone" them at the same time, but I have not tried it myself.

Mixing is easy -- just follow the instructions on the packet, and allow it to cool to 20C before developing your film.  The contents of the packet makes enough developer to do 4 rolls of 35mm film.  The beauty of Caffenol, absent of any other advice, is that you typically develop for 15 minutes for any film. Pretty simple, right?  Of course, the smell of the concoction is not the greatest, and if you were expecting the aroma of a fresh cup of coffee, you'll be disappointed. You are not supposed to drink the stuff, anyway.

I developed 2 rolls of 35mm and 1 roll of 120 film before I dumped the Caffenol down the drain.  One of the rolls was Agfa Copex Rapid film - a high contrast film that is similar to Kodak technical Pan film.  I have heard that people have gotten good results with TechPan in caffenol, so I was curious as to how the roll would come out.  The other 35mm roll was expired IIlford Pan-F, and a 120 roll of Agfa APX 100.  Standard Kodak fixer was used, and the stop bath was just a water bath, which also washed away the dark Caffenol from the film.

Results -- very good. In fact, far better than I expected. All the negatives looked good, and the Agfa Copex was contrasty, as I would have expected.  However, the cool thing is that I developed the Agfa and the Ilford 35mm films together in the tank.  That would not have happened with other developers.


I think you can see that this developer gives you really nice tonality. low-grain, and it's as easy as can be to use.  While the pre-made packet is about the same price as a bag of D-76, it has low toxicity, and can be assembled on your own quite a bit cheaper in quantity.  It's a lot of fun to experiment with developers, and take a look at the Caffenol information online. There is a very enthused community of users out there. 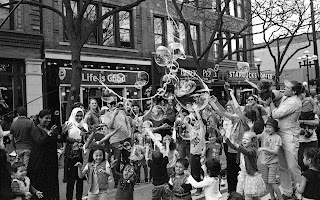 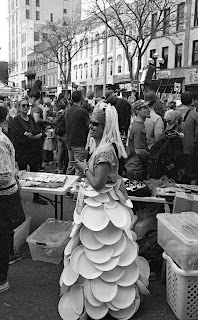 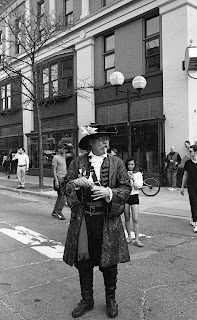 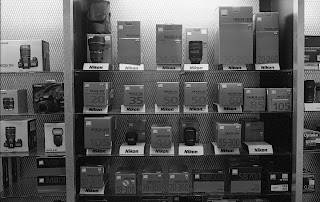 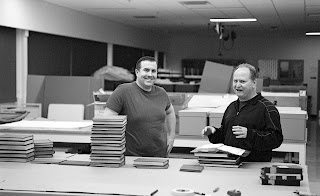 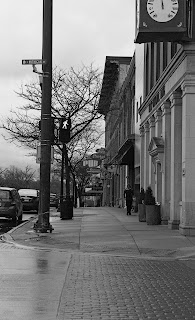 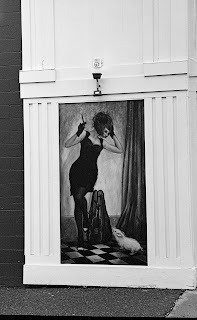 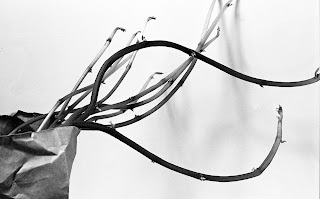 Posted by mfophotos at 10:58 AM No comments: