Out and About with the Yashica ME1 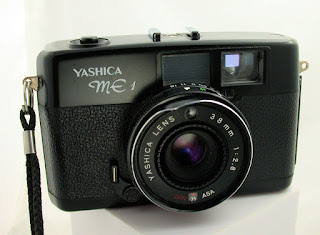 A funky little 35mm camera came my way recently, and one that I knew little about, at that.  A Yashica ME1 is an attractive little zone-focus camera manufactured in Japan in 1970 and Brazil, starting in 1977. My example was made in Brazil. What sets this little camera apart from other small 35s, is the clean design of the top plate, which features only a shutter button, hot shoe, and a frame counter.  The film advance wheel is on the lower rear L of the camera, and the film rewind is on the bottom right.  This is an all-black plastic camera that features the typical ASA setting dial around the lens with a CdS cell on the front lens plate.  The film speed settings range from an ISO of 25 to 500.  The 38mm f/2.8 lens is pretty much right there with a slew of other compact 35s that proliferated in the 70s and early 80s.  Like many other cameras of its time, it requires a Mercury PX635 cell to power the camera, but I popped in a LR44, and the camera sprang to life. With b&w and C-341 film, the exposure difference between the two battery voltages should not be a problem.  The shutter speeds range from a paltry 1/60 - 1/360 sec, and the shutter locks if you leave the lenscap on or do not have enough light (nice feature).  The exposure is all automatic, and you look in the viewfinder to see if the needle is in the "green zone."  The self-timer (ca. 8 seconds) is in a typical spot to the right of the lens barrel.  Focus is indicated by the icons, 1m, 1.5m, 3m, and infinity, with feet and meters on the opposite side of the lens.

In the hand, this camera feels very natural,and the bottom L-positioned thumb wheel film advance seems perfect for this little camera. You can wind on and shoot pretty quickly. While its specifications are quite ordinary, it is certainly capable of taking good photographs under typical conditions.  One feature that surprised me is the extra little window in the viewfinder that shows your distance setting and whether you will need to use the parallax correction markings in the bright viewfinder.  That is a nice feature, and the needle in the right side of the window indicates whether your exposure will be adequate.  The red zone means you'll require a flash, or the shutter locks up, unless you set the aperture manually, off the A position.

I loaded a roll of Svema 200 b&w film, and shot a test roll last month.  I developed it in the new FPP Super Monobath for 3.5 min at 24°C.  The Svema film is a bit punchy - contrasty with some grain, but overall, the images look pretty good for basically a p&s 35mm camera. 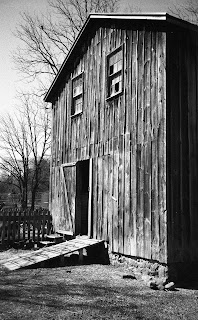 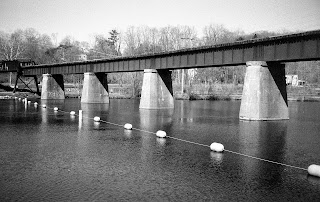 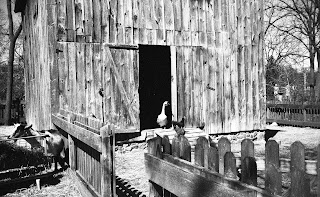 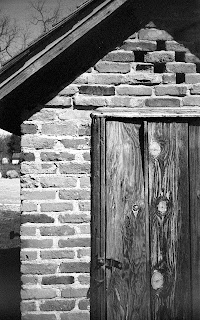 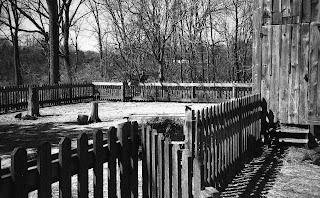 Elsewhere, I have seen the ME1 compared to the Minolta Hi-Matic G and the Olympus Trip 35, which is a fair comparison.  However, I would give the Hi-Matic a better overall score due to its more robust build. Same for the Trip 35, which is in a class by itself because it does not require batteries, and if you have one that works, you know that it is a great little camera. My example of the Yashica ME1 came with a dented filter ring, which is too bad.  It does take 46mm filters like many other small 35s in its class.  The Yashica ME1 is an attractive little camera, and its Brazilian manufacture makes it an unusual camera among 35mm cameras of the 1970s.   Prices on ebay for this camera range from $15-$55.

Yashica produced over 40 different 35mm non-SLR models, and the Electro 35, Lynx and Minister series are usually the first ones that come to mind. Most are true rangefinder cameras, but a few are zone-focus.  The ME1 is a far different camera than the metal-bodied Electros, being more compact, but still having good Yashica glass.  It's not going to be the be-all compact 35, but it is easy to use, lightweight, and certainly affordable.  Unlike the much larger Electro series, it won't suffer from oddball battery requirements and bad electronics.  Certainly worth a try if you see one in a shop. If you need a manual, it hardly goes without saying that you'll find one at Jim Butkus' site.

I found one of these, I think in a thrift store. I was charmed by it but its shutter was sticky and its meter was weak. Too bad -- now that I see your work with yours, I see the lens is nice.