Japan Camera Hunter -- one of the most followed film photography accounts on Instagram, and the source of much GAS from his followers, piqued even more interest in 2016 when he released JCH Street Pan, a ISO 400 b&w film.  I have followed  Bellamy Hunt, aka Japan Camera Hunter, before there was Instagram.  His images of cameras  and photographers in Japan are often pure camera porn, usually with an emphasis on high-end desirable cameras.  In March 2016, Bellamy announced Japan Camera Hunter Street Pan, and of course, I was curious about it.  It was available in limited quantities later that year.  However, with so many different films coming out,  it has only been very recently that I ordered a couple of rolls for $8.49 each from B&H.  Unlike other  films that are currently available, this is a formulation made for JCH and no other seller. 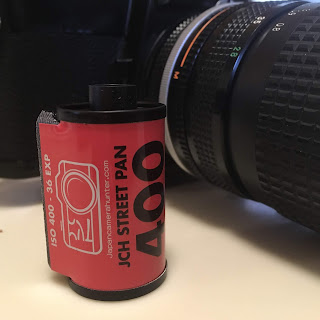 To quote from the JCH site:
"Now, I couldn’t have a completely new emulsion made, so I decided to go with an old discontinued surveillance film that was original made by AGFA, and have it put back into production. And thus JCH StreetPan was born! So this is a re-born film, not a re-spooled film that is still being sold. This is also not an ‘old stock’ film or a ‘pancake’ that was kicking around a ‘dusty warehouse’. This is a freshly produced emulsion with an expiry date of 2020. The film was no longer being produced and I had it put back into production. And for the record, this is not re-spooled Rollei Retro 400s."

The attractive and distinctive red packaging makes this film stand out before you even load it into the camera.  JCH describes the film as "contrasty and full of character" and as being the "optimum film for dawn, dusk and winter photography."

Do a search for images shot with this film and you'll get the idea.  I am intrigued by its extra red sensitivity, and low grain, and the fact that it's on a polyester (mylar) base, which means very flat in the camera and very flat in the scanner!

I loaded a roll into my trusty Nikon FE with a 28-85mm Nikkor lens and shot the roll over the course of 2 days.  We have had a run of overcast and wet weather, so I figured it would be a good test for the film.  I shot it at the box speed of 400 ISO and developed it in XTOL 1:1 for 17 minutes.

It's sometimes difficult to evaluate a film based on one roll, and this is one of those times.  The film scanned beautifully on my Epson V700 scanner.  I am sure that most of the users of this film do a hybrid process - shoot film, scan digitally.  I have heard that taming the contrast may take some trial and error, and I can see that in some of my negatives.

Here are some samples, all taken on May 15, in Ann Arbor, MI. 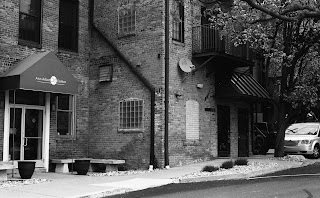 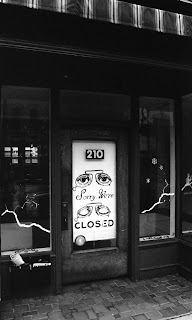 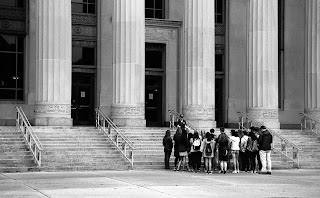 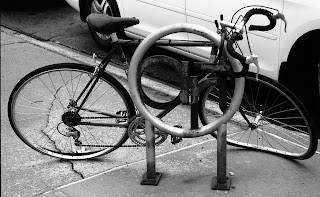 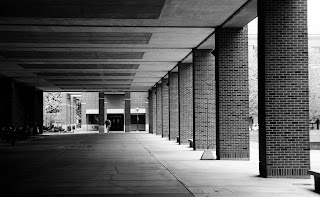 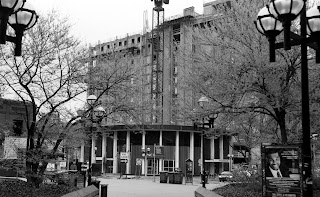 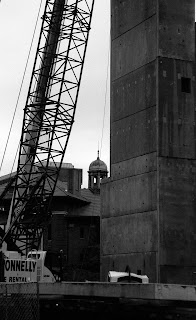 It seems to me that the shadows are dark in many of  the images.   After reviewing my images, I think maybe setting the ISO to 200 may be a good idea for overcast days.  Having said that, I like the film, and the unique look that it gives.  It is contrasty, and gives a mood that you may find enjoyable. I'll try D-76 next time, and see if that makes any difference in the results.  The Massive Development Chart has the developer information for JCH Street Pan.

This one time when a single roll test isn't enough, but I am pleased to have a film that offers something different.  For the most part, I like my results, and look forward to shooting more. 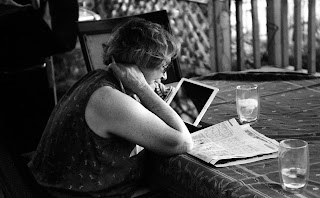 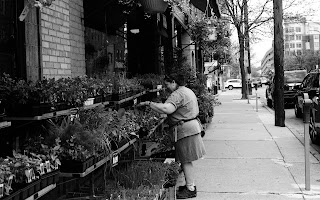 Posted by mfophotos at 4:20 PM

I bought a brick last year and have about 7 rolls left, which I plan on shooting over the next year or so. I had a tough time with it at first, but I think it's an acquired taste (for processing, anyway). Once you get used to its quirks, its quite a nice deviation from the more common emulsions. Kodak/Ilford just really don't have anything like it. I think Bellamy hit this one out of the ballpark and I hope he can continue to make it a viable product out there.

Thanks, for the comment, Rick. I agree that it's an interesting emulsion. I hope to shoot more of it and see where the "sweet spot" is in regards to exposure and developing.
Mark

Regarding JCH:
It's Bellamy Hunt and not the venerable Ralph Bellamy, one of Hollywood's finer actors.
Regards,
David

Doh! Thanks for the correction. That was a definite brain fart on my part. Fixed the post.