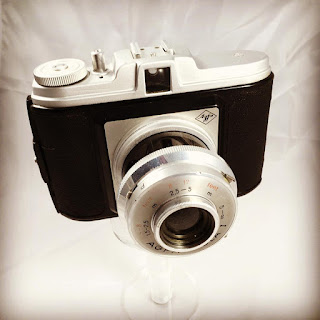 Last fall I picked up an Agfa Isola I at a thrift shop for a few bucks.  I suspect the price was low because the staff didn't know that to make the shutter fire, you have to telescope the lens away from the body.  It was in a brown leatherette case, and while I had hopes for a more advanced 120 camera, the Isola I was a new one for me, so I picked it up.

Agfa manufactured these cameras from the 1956 into the early-60s, and produced three Isola models - Isola, Isola I, and Isola II.  If you are  looking for any particular one, get the Isola II, which I'll explain a bit later on.  The original Isola and Isola II have the same features, that is, B, 1/30, and 1/100 shutter speeds.

All Agfa Isola models feature a telescoping lens tube, which when fully extended from the body, click in place to allow the shutter to function. That's important, and otherwise the camera will seem inoperable.  Also, the shutter has double-exposure prevention, as the film takeup knob needs to wind on a bit for the shutter to re-engage. There is a tiny red window by the shutter button to show that it has been fired. 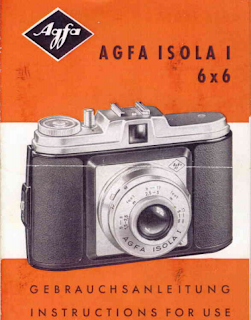 The Isola I has two shutter settings - I and B - instant is ca. 1/35 sec, and B is obviously however long you want to hold it open.  The 1/35 speed is the Achilles heel of this camera.  Knowing this, I loaded a roll of Ilford Pan-F (nominal ISO 50) to try it out.  The sunny and cloudy aperture settings are ca. f/11 for sunny, and f/6.5 for cloudy, and a third setting provides a yellow filter which would be fine for b&w film on a sunny day using ISO 100 film.   If you wish to use any faster films, you will need to tape a neutral-density gel over the lens.

I took the camera to Chelsea, MI to try it out, and shot a roll in an hour or so, testing out the distance scale and the aperture settings.  I finally got around to developing the film this week, and I have to say that overall, I am pleased with the results.

Using the camera is fairly simple, and like most roll-film cameras, there is a red window on the back to see what frame you are on. It takes 120 film, so no 620 fuggery is necessary.  There is a PC cord socket to enable the use of a flash, should you want to.  I did not try using one.

For me, the most limiting factor of the Isola I is the 1/35 sec shutter speed.  Even the most basic box cameras have a shutter speed closer to 1/60 sec.  Other than that, it's a pretty straightforward budget box-type camera that will provide results that would be expected from a camera in its class.

You can get a manual for the Isola over at Butkus, of course. There is also a nice online presentation of using the Isola II over at UK Camera.  I recommend using low-ISO film for outdoor shooting, so Ilford Pan-F would be my first choice.  For indoors, you could use ISO 400 with a flash. Since the camera has a thread for using a cable release and a tripod socket, it certainly could be used for long-exposures, which I will have to try sometime.  Right now, I have a roll of 1992-expired color Ektar 25 loaded to see what I get from it. 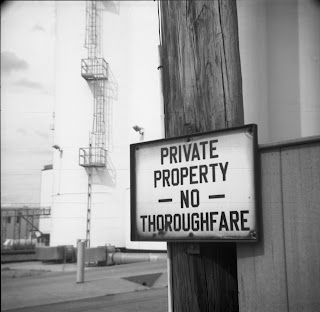 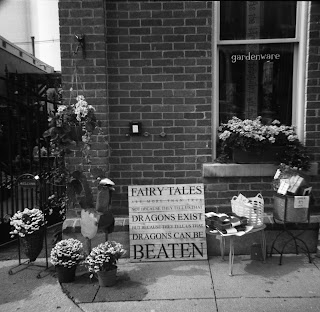 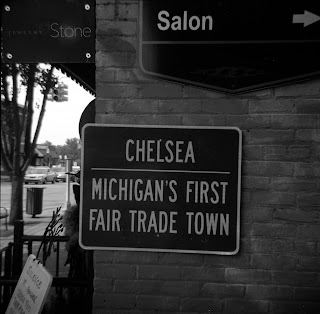 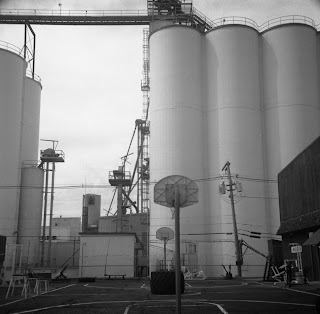 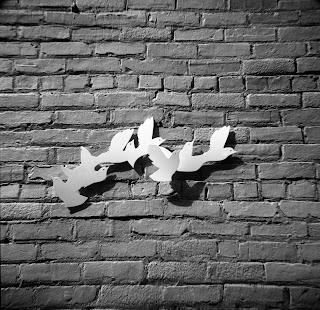 Posted by mfophotos at 2:44 PM

Thanks for the review and the pics. I ordered one of the from ebay a few days ago, looking forward to it arriving. I agree that a 1/60 second shutter speed would be better, but then I bought it for its simplicity and low tech (even in its day).

I view it as a better Lomo camera than the original Diana, one of which I own.

Best regards, and thanks for the nice pics!

Thanks for the review. I picked one of these up on EBay so that I could convert it to a pinhole, but want to run a roll through anyway, "just because"... Learned something new here!