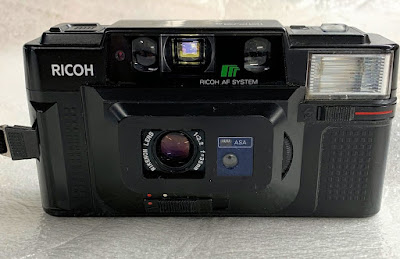 Back in the early 1980s, we were being treated to a  plethora of small, plastic-bodied 35mm point and shoot cameras.  Few attained the cult-like status of the Olympus XA (1979), which I think set the bar for design, ease of use, and image quality. Of course, the XA isn't a true point and shoot, but the XA2 that followed it is. Incorporating a flash always made for a larger camera, and because of that, the XA series with the separate flash module always were smaller than the cameras that incorporated a flash in the body.  Ricoh, while not a household name at the time, produced some interesting cameras, and probably made cameras for other brands.  The Ricoh FF-3 AF was introduced in 1983, and while it does not exactly stand out in the crowd, it doesn't try to do too much, and that is a good thing. 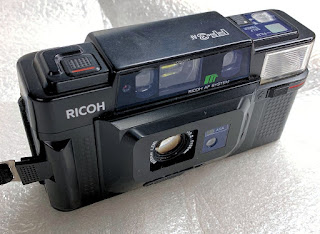 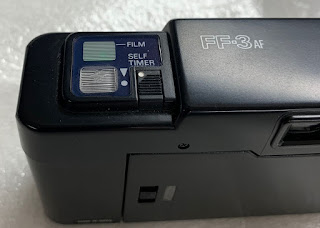 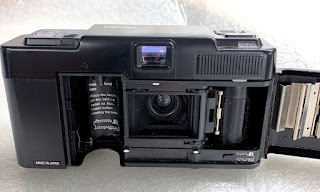 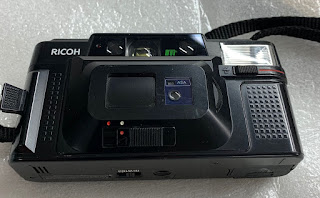 The Ricoh FF3-AF is an autofocus camera with a 5 element 35mm f/3.2 lens.  The lens cover slides back and forth across the front of the camera.  Uncovered, the camera is ready to go.  You set the ASA (ISO) by rotating a dial to the L of the lens, and film speeds range from 25 to 1000.  This was 1983, remember?  The film advance and rewind are motorized.  The self-timer is 10 seconds, and I think the close-focus distance is about 1 meter,  There is a window on the film door, so I don't recommend the camera for IR film.  A green light shows up on the L side of the top deck to indicate that the film is winding properly.  Just below it, a light indicates the self-timer is operating. You manually select the flash (a good idea) by pushing a tab to the L on the front of the camera. Best of all, the camera needs only 2 AA batteries to operate.  There is a tripod socket on the bottom.  No fiddly controls, and everything makes this autofocus point and shoot a bargain buy if you find one.  I especially like the fixed focal length of 35mm, making it a good candidate as a street camera.  As I said, there are no truly outstanding features, but the sum total is a compact, easy to use camera with a very good lens.

I did something I rarely do with a new camera -- I loaded a long-expired roll of b&w film. I used a roll of 1988 dated Agfapan 400.  Because of its age, I set the ISO at 100 on the front of the camera. There is no DX sensor inside to set film speed, which I really appreciate. 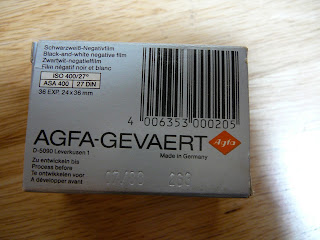 Loaded up with film, the camera weighs 12.8 ounces.  It fits into a pocket on my photo vest (which is a vest from Duluth Trading).  I took it around with me on several outings, and shot the roll of old Agfapan 400.  While there was some base fog, the scans came out pretty well.  In fact, I am quite pleased with the results from this old film!

My conclusion -- it's an underrated point and shoot camera that isn't particularly common.  I think if you find one for less than $10, pick it up.  It fits into a coat pocket quite easily, and the images from it will be just fine. 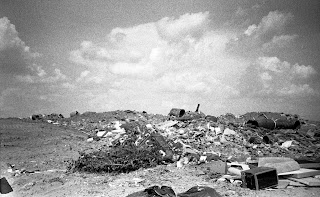 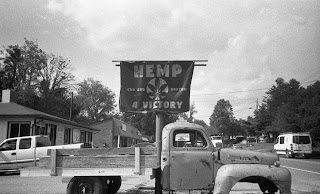 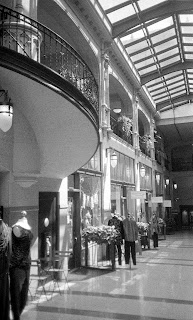 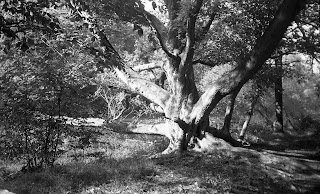 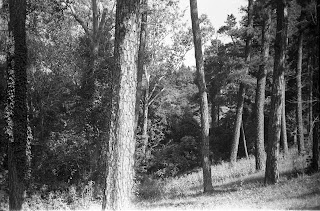 Posted by mfophotos at 1:20 PM