Shooting with a Leica IIIa - One roll review 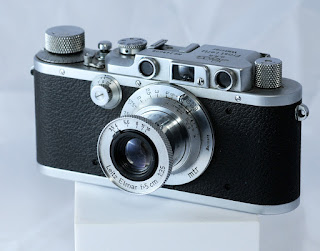 Let me begin by saying that I am not a fan of the Barnack Leicas (all models that predate the M series) for glasses wearers.  In my humble opinion, the viewfinders are not a whole lot better than that of an Argus C3.  I feel quite differently about the M series.  This particular Leica IIIa came my way as part of an estate to auction off.  I try to test cameras as much as possible before selling them, and sometimes that includes running a roll of film through them.  Now, onto the camera...

This Leica IIIa was made in 1937, according to its serial number and online data records.  So, here is a 35mm camera that's over 80 years old, looking pretty much like it was made yesterday.  That's not going to be the case with most cameras, including Leicas.  However, it's jewel-like appearance invited me to take it out and test it.  I suppose the ever-ready leather case kept it looking so good all these years.  It's as if a time machine dropped the camera into my lap.

Okay, it looks great, but how does it work?  One of the pitfalls of using the Barnack Leicas (and the Ukraine-Russian copies) is that you must trim the film leader to the right shape so that when you blind load the film from the bottom, it does not bind up with the gears.  Once you have that accomplished, you are ready to shoot.  It's pretty easy once you get the hang of it. 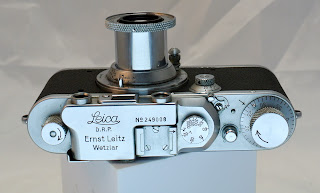 The weather has not been conducive to going out and testing a camera such as this, but finally I had an opportunity to do so last week.  I loaded up an expired roll of Plus-X pan and used my "sunny-16" mojo for estimating the exposures.  One nice feature of the IIIa is that you can set the rangefinder viewer to infinity for quicker street shooting. In full afternoon sun, making an exposure is pretty simple.

I have to say, the Barnack Leicas are simply wonderful pieces of craftsmanship and are relatively easy to use. They are very compact, use no batteries, and with a lens such as the collapsible Elmar f/3.5 lens, can easily be carried in a coat pocket or a small pouch. You have to make sure that the collapsible lens is fully extended before shooting. So long as you can be comfortable with the tiny viewfinders they are really worth investigating if you want to shoot with a Leica.  The prices are far lower than the M-series, except for rare models or those of historical importance. 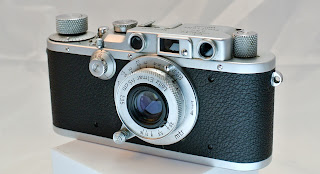 The Leica IIIa performed well, and I did get some decent images from it. The expired Plus-X Pan was very curly and cupped after developing and drying, and I had to weigh the sheet of negatives down for a few days to get them flat enough to scan properly. I wish I had used a roll of Iflord FP4 or Ultrafine Xtreme 400 instead!

I was able to test the camera thoroughly, and it's now up on eBay.  I hope that whoever buys it takes it out to shoot and does not let it just sit in a display case.  These cameras are wonderful tools, and should be used! 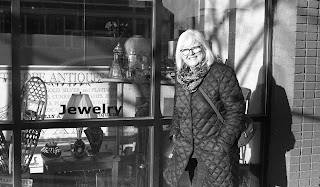 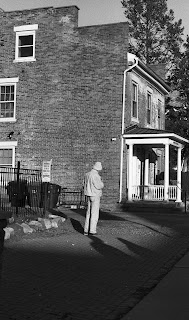 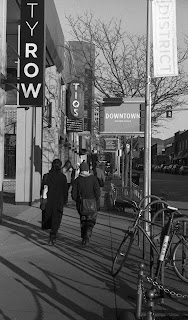 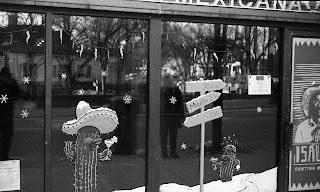 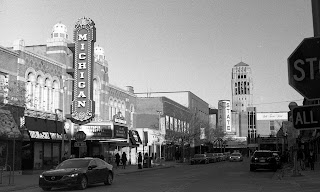 Posted by mfophotos at 1:08 PM

That seems like a good price given the condition and the inclusion of the Elmar. I have a IIIa I like very much, though I use it with a Soviet lens. The rf contrast in mine is a bit weak. I installed a new mirror which I got from a guy in Japan, but was disappointed to find no improvement.