As some of you know, my wife and I are planning on moving to Asheville, NC later this year.  Right now, we are beginning a series of home renovations, and doing a lot of moving things around, some preliminary boxing up, and I won't have the opportunity to do any extensive blogging like I have.  Camera tests and film testing will be off for awhile, as well.  I am not sure when I will have some really free time to pursue these things, but I am guessing after April.  We'll see.   I am currently decluttering and packing some things away for a few months. Things I am not necessarily needing to access until we are settled.

While boxing some items,  I found a bunch of CD's with photos on them, and yes, they are all labelled with the pertinent information.  I pulled one out, and it was from The Darkroom, and it contains scans from a September 2014 road trip that Marc Akemann and I took to Monroe, MI and places around it, including Luna Pier.  All of the following were taken with a Konica FS-1 that I had, and I have no idea when I sold it or gave it away, but I think I divested myself of all Konica stuff in 2015.  All these images were on Hawkeye Surveillance Film, a nice C-41 color film from Kodak.  I wish that I had bought about 4 100 ft. rolls when I had the chance! Some of these have been cropped from the 35mm frame to square format. 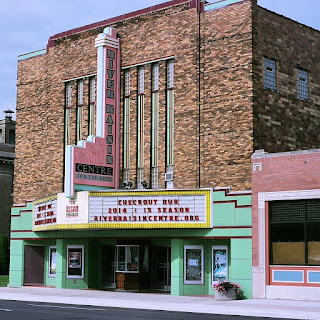 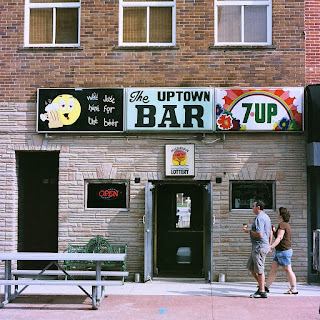 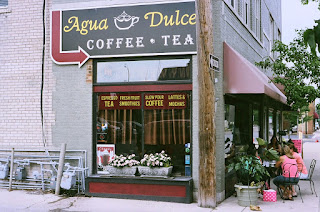 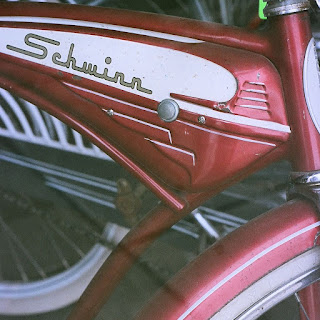 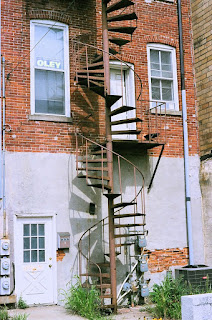 As I recall, I liked the FS-1.  It was the first 35mm SLR to have a built-in motor drive in 1979.  It had a weakness with the battery holder, though, and that was a sore point with an otherwise nice camera.  It's fun finding some things that I have not looked at for a while, but I better keep packing, as the contractors are coming Monday to refinish all the wood floors!  I'll see you again in a month or so!

Mark
Posted by mfophotos at 8:50 PM

Good luck with the boxing up and impending move.
Going through a similar exercise myself, due to the greed abounding in the state of California (renting a property that the landlord wants to renovate at my expense)!!
Having moved more than 20 times in the past 40 years, this is a very stressful thing in life, which most normal folk don't experience.
Looking forward to your return!
Regards,
David