A Look at the Konica TC-X 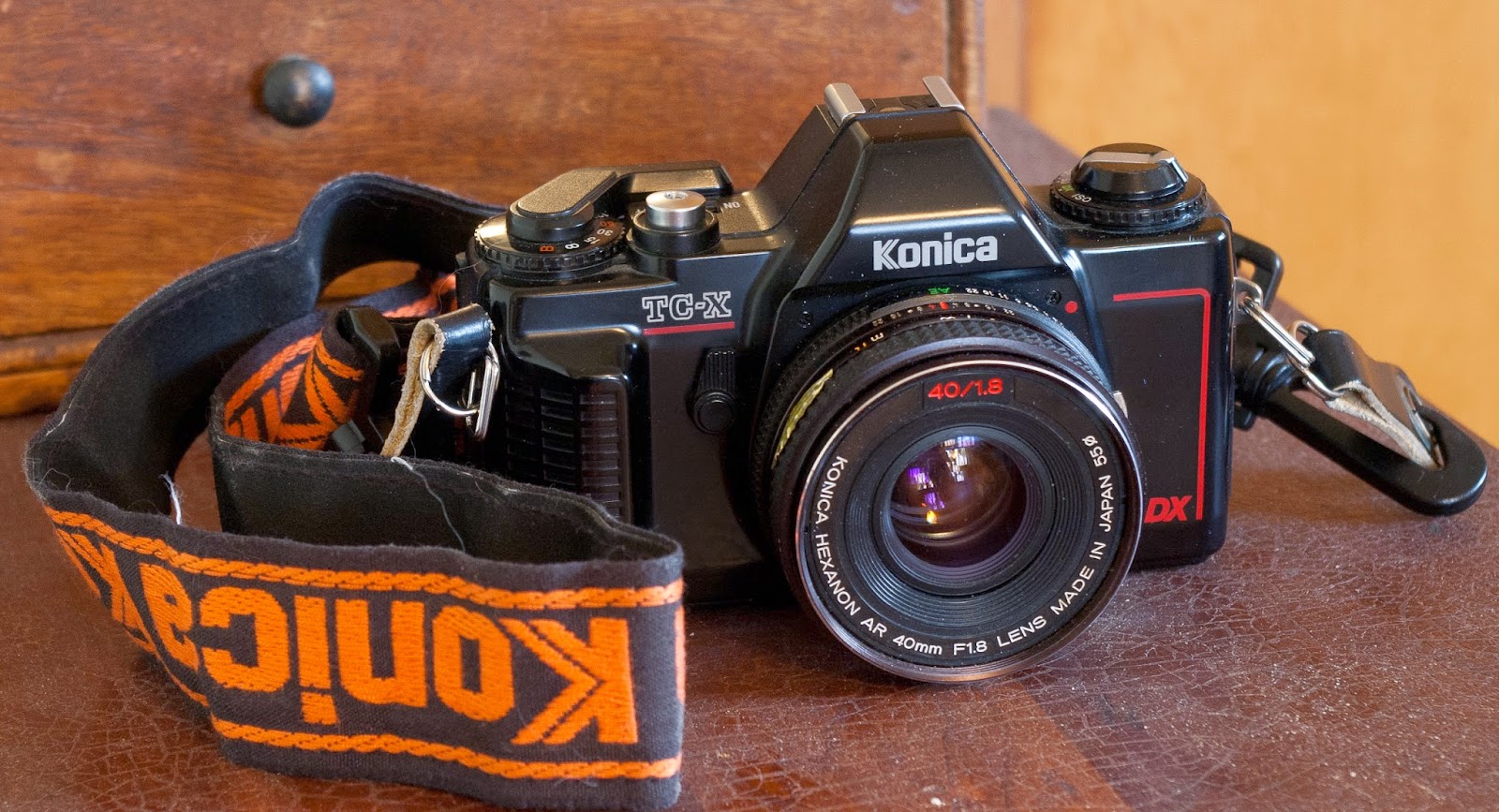 Sometime last fall, I found a nice example of the  Konica TC-X SLR, which appeared in 1983.  It has been termed the first "all plastic-bodied SLR" and was manufactured by Cosina for Konica.  The one I purchased came with a gaudy Konica strap, which certainly is attention-getting!  The TC-X is typical of Konica's autoreflex line of cameras in that it features shutter priority operation, and much like the Autorflex TC it replaced, the shutter speeds range from 1/8 to 1/1000 sec., + B.  While the camera does offer DX-code reading to set the ISO, it can also be manually set for a range of 50 to 1600.  The on-off switch on the top deck next to the film winding lever is easy to use, and the shutter button has a threaded recess for a cable release.  There is a self-timer switch on the front of the camera.   That's pretty much it for features.  Oh, and it has a very plastic body.  I suspect it has a pentamirror rather than a pentaprism, as the image through the viewfinder is nowhere near as nice as that found on an Autoreflex T.   However, it does have a split image circle at the center microprism, which does aid in focus.

So far, I have only shot a roll of expired Tmax-100 which I recently developed.  The exposures look good, and with the 40mm 1.8 lens as pictured, the combo makes for a very light, fairly compact SLR.  The body uses 1 AAA battery for the metering and auto-exposure.  If power fails, you can still use the camera manually by setting the aperture and shutter speeds independently.

Like all the Konicas that I have used, the shutter-priority operation is an acquired taste.  I prefer aperture-priority, but it's not a big deal making the adjustment.  The Konica glass is very good, and the body very cheap.  I see no reason why this would not make a pretty good camera for street photography.  It takes up little space, and ought to give good results.

All of the images that follow were taken during the A3C3 photo meetup in Clinton, MI last November. 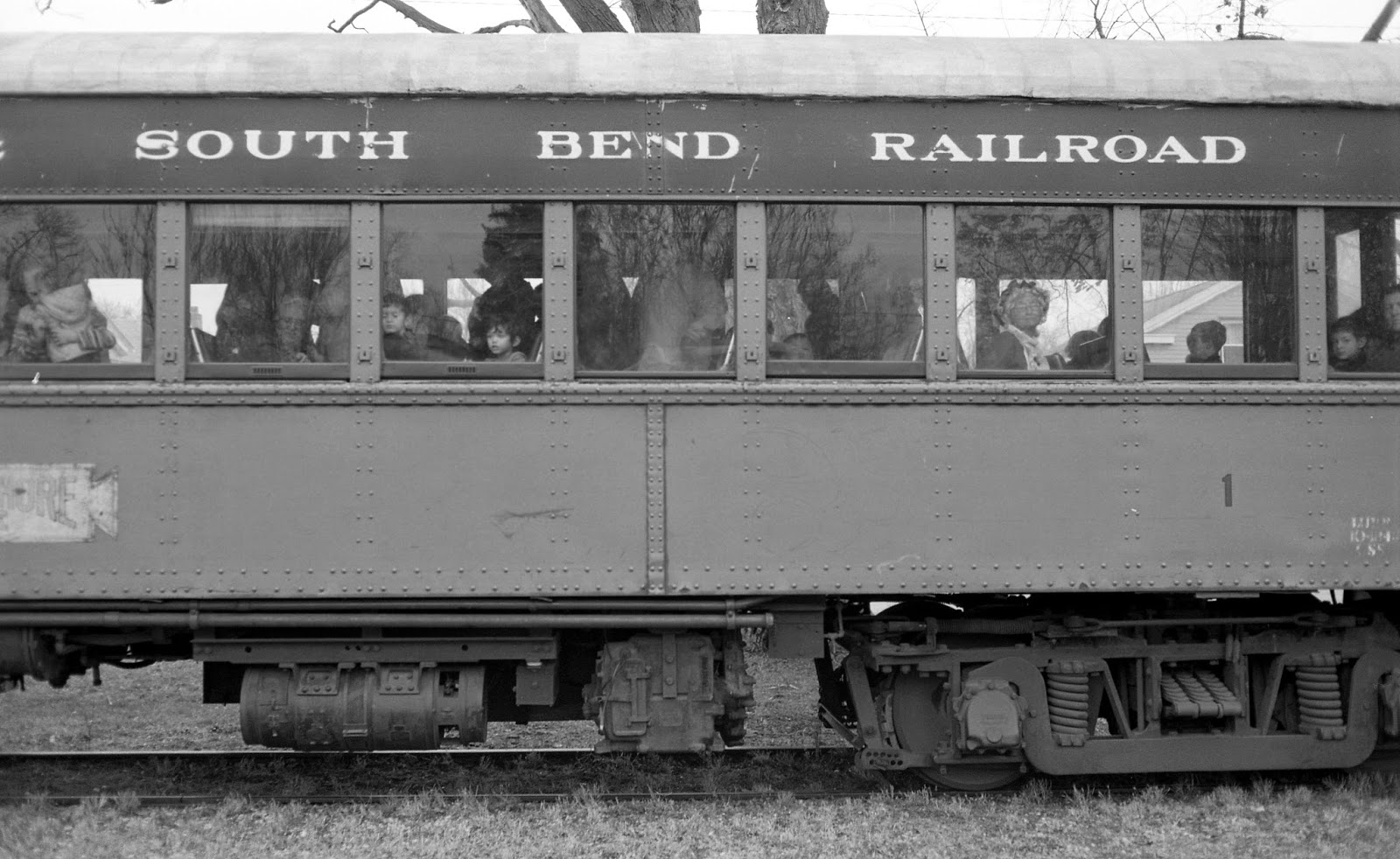 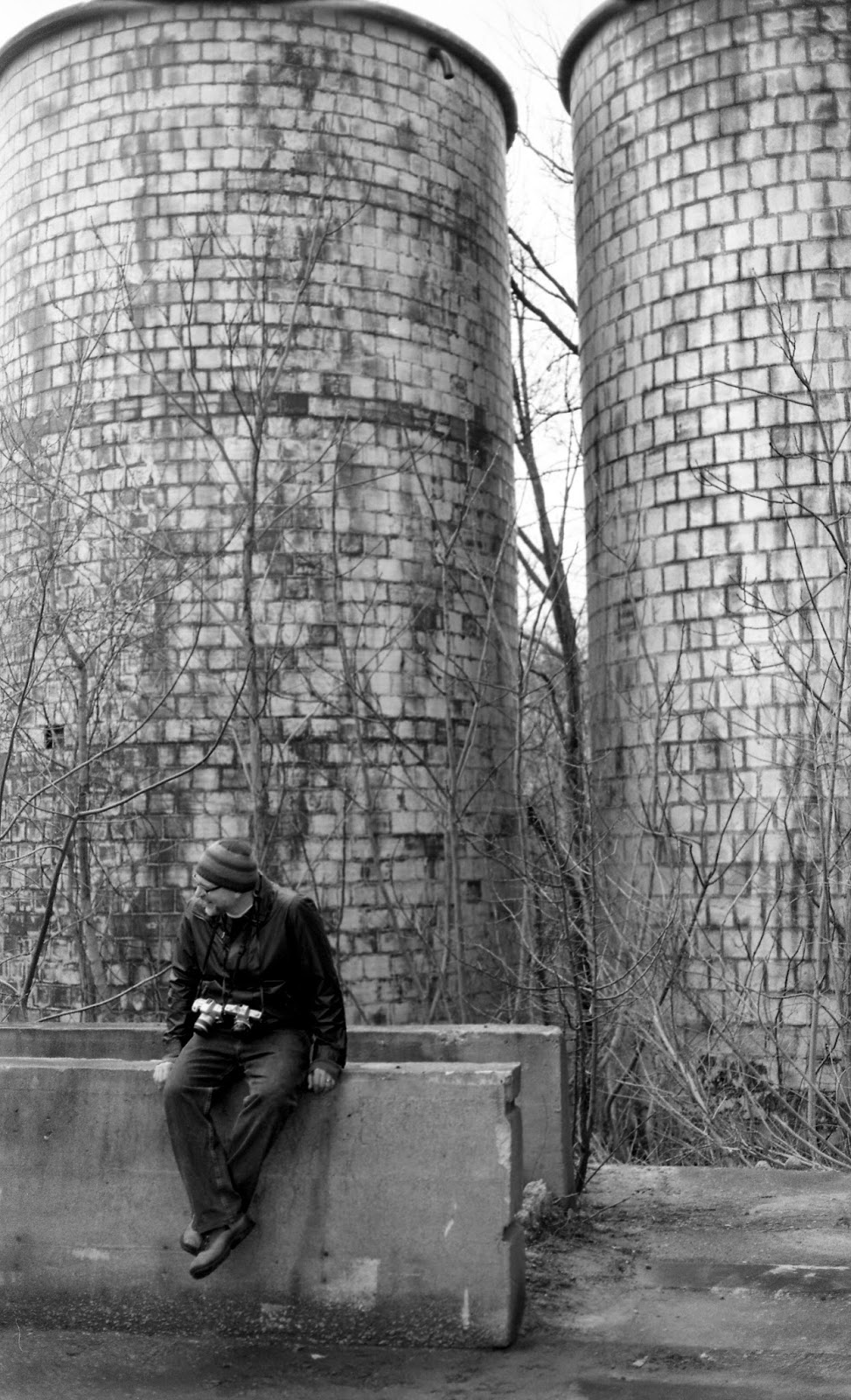 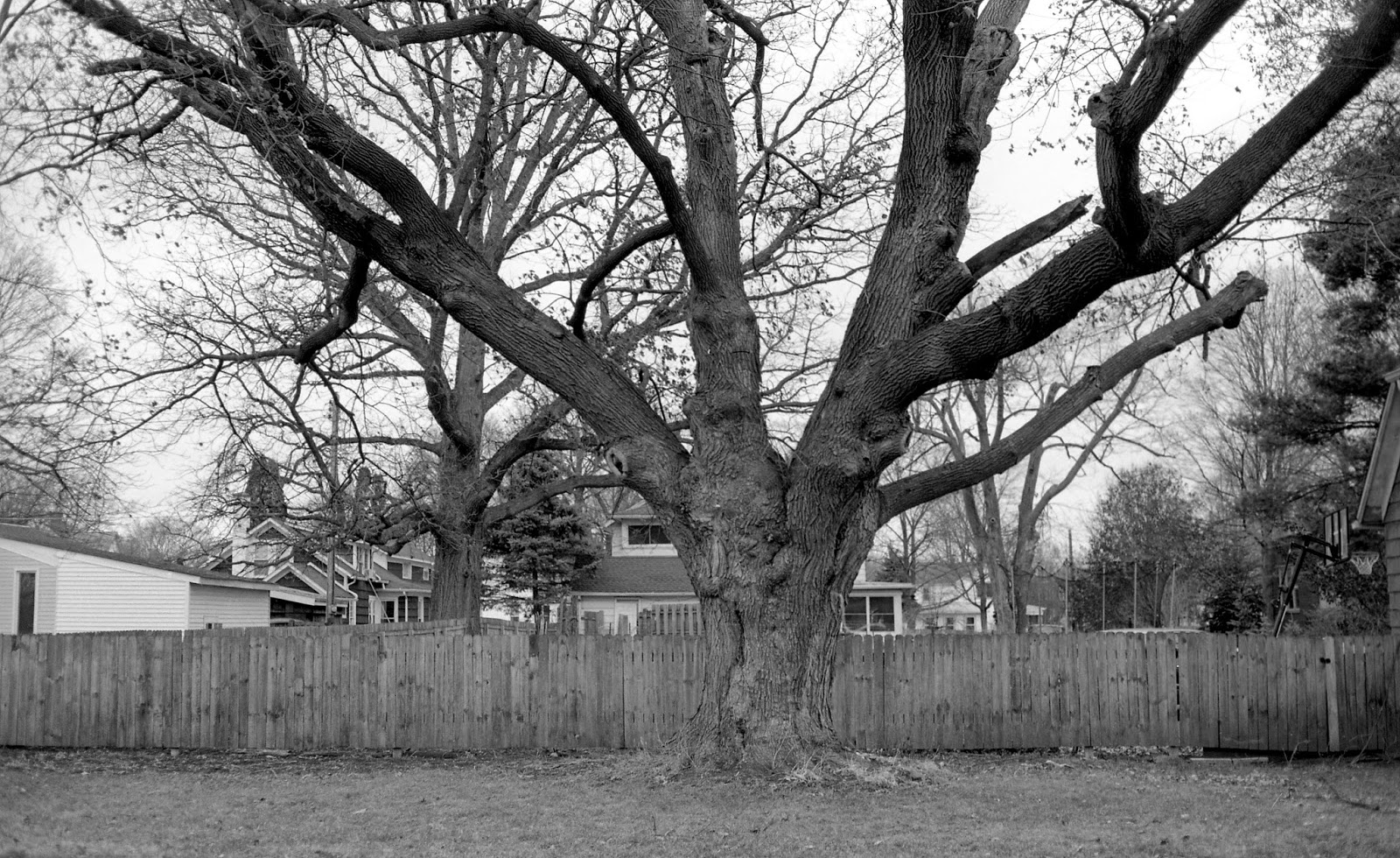 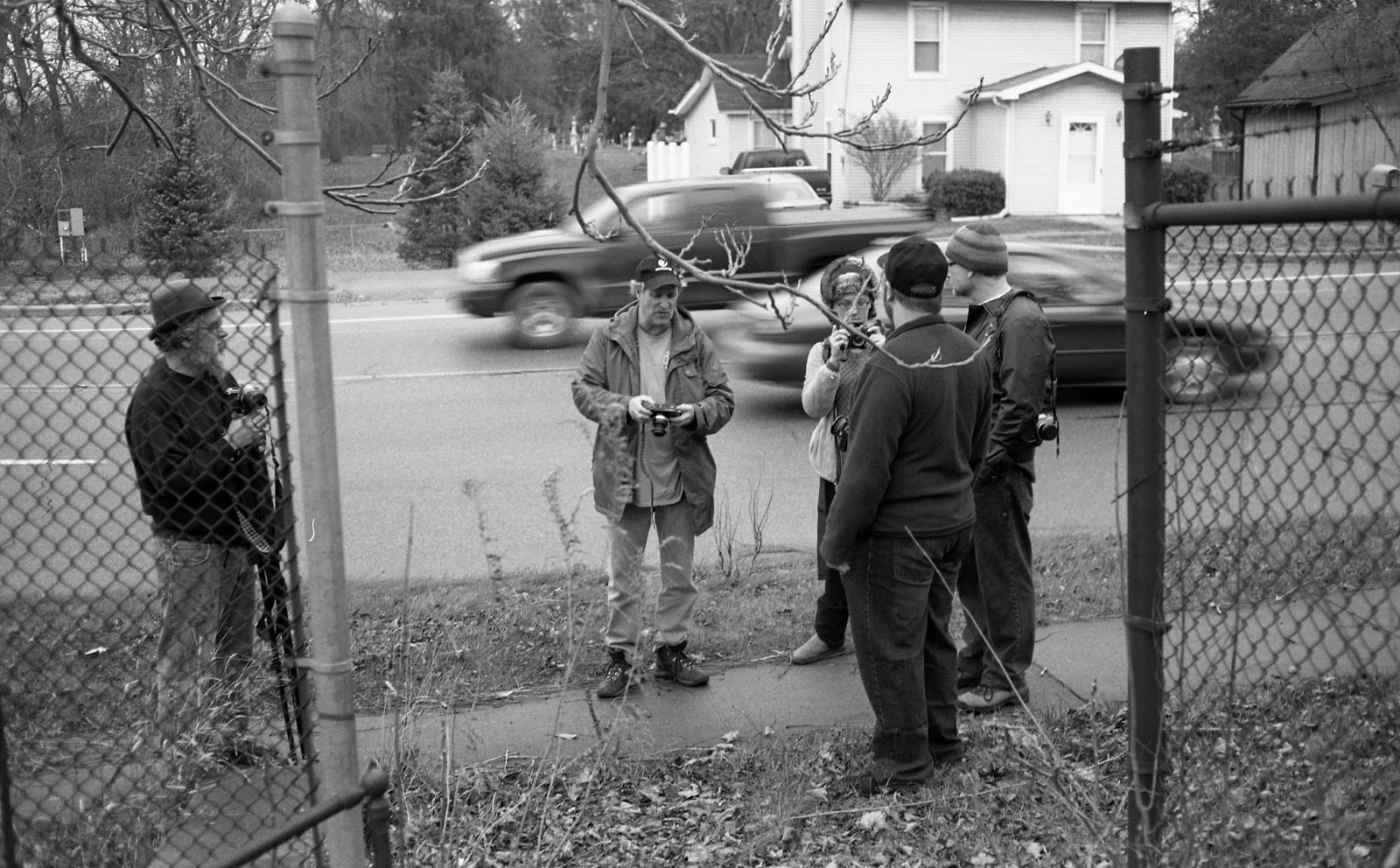 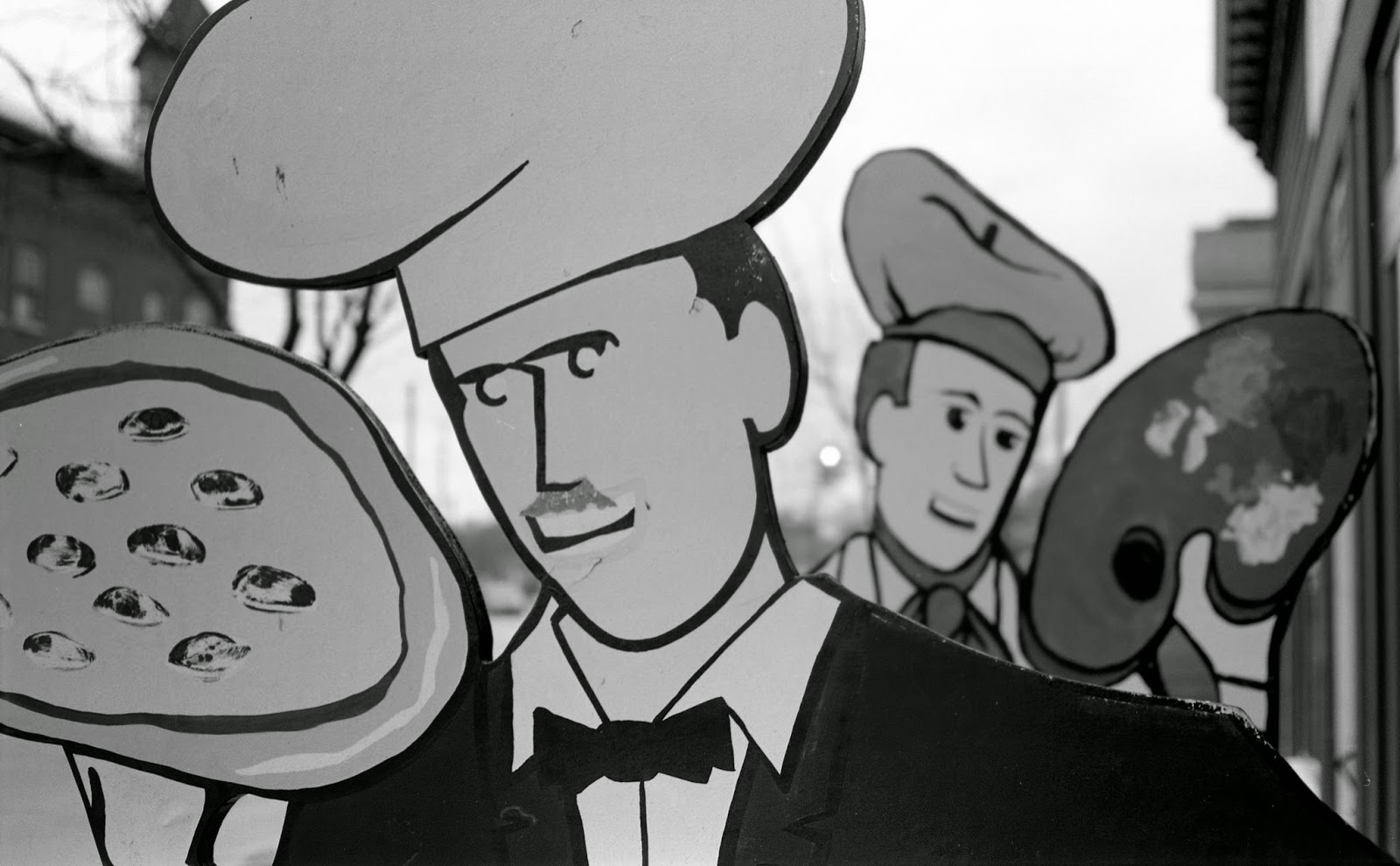 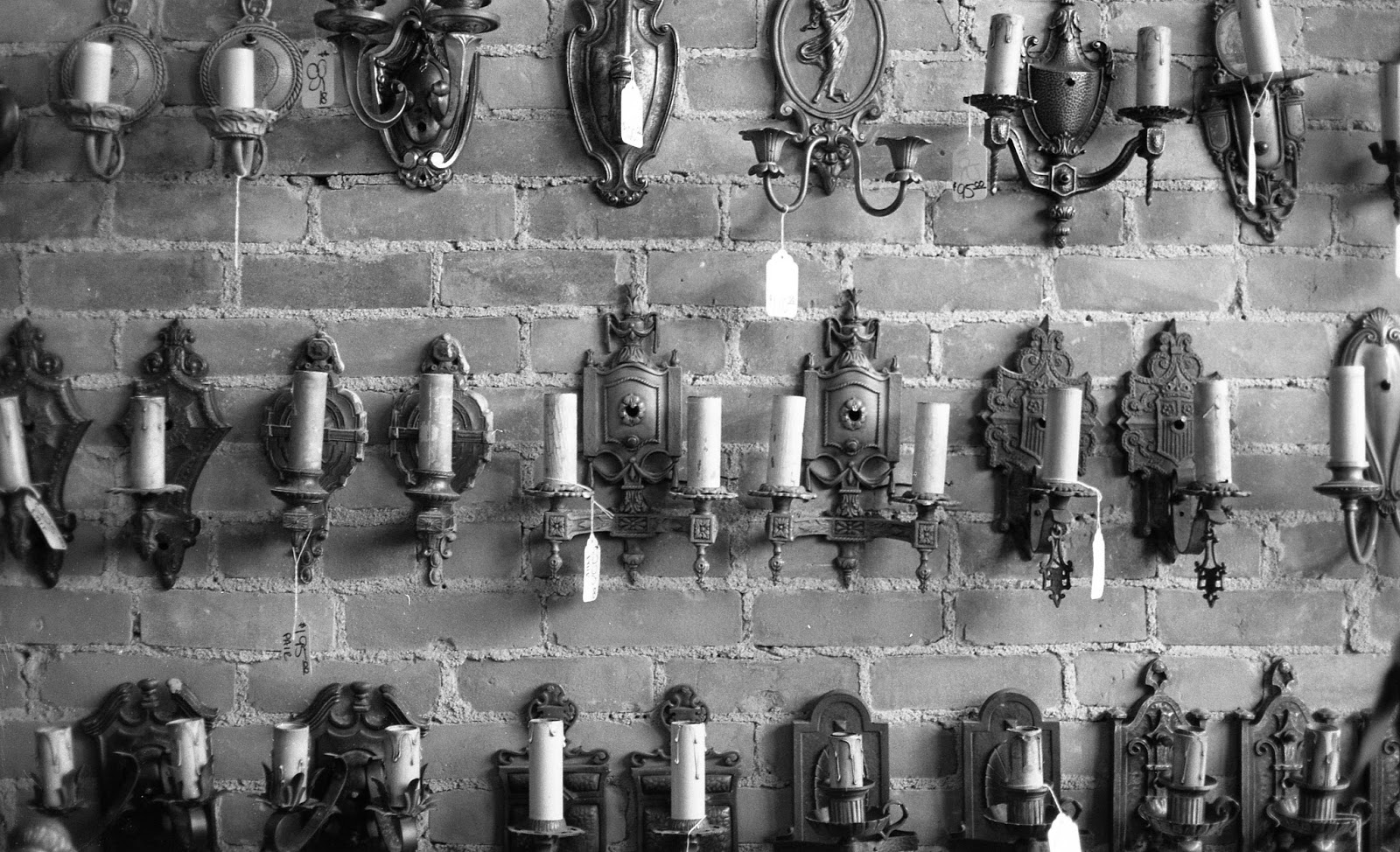 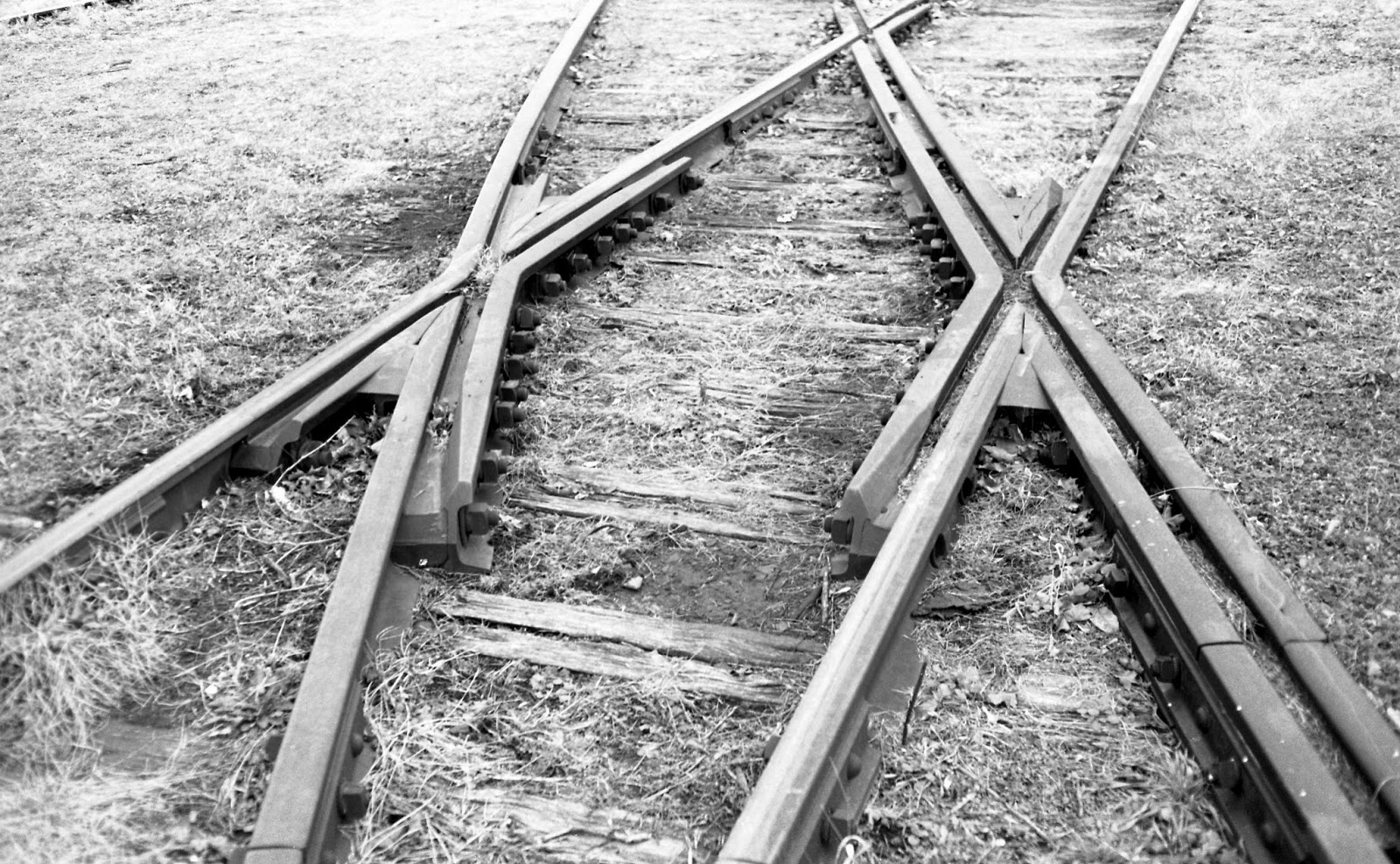 Posted by mfophotos at 3:45 PM

Nice writeup of this plastic fantastic camera. And I enjoyed seeing the pic of the South Bend Railroad car as I was born and raised in South Bend.

I picked up some Konica lenses first to use on my Sony A7. They're cheap and plentiful, good lenses, and the adapter is a few mm more compact than most other SLR lens adapters. The TC-X body followed, and I'm surprised by how pleasant it is to carry and use. Now if only I had one of those funky vintage straps to go with, I'd be all set.