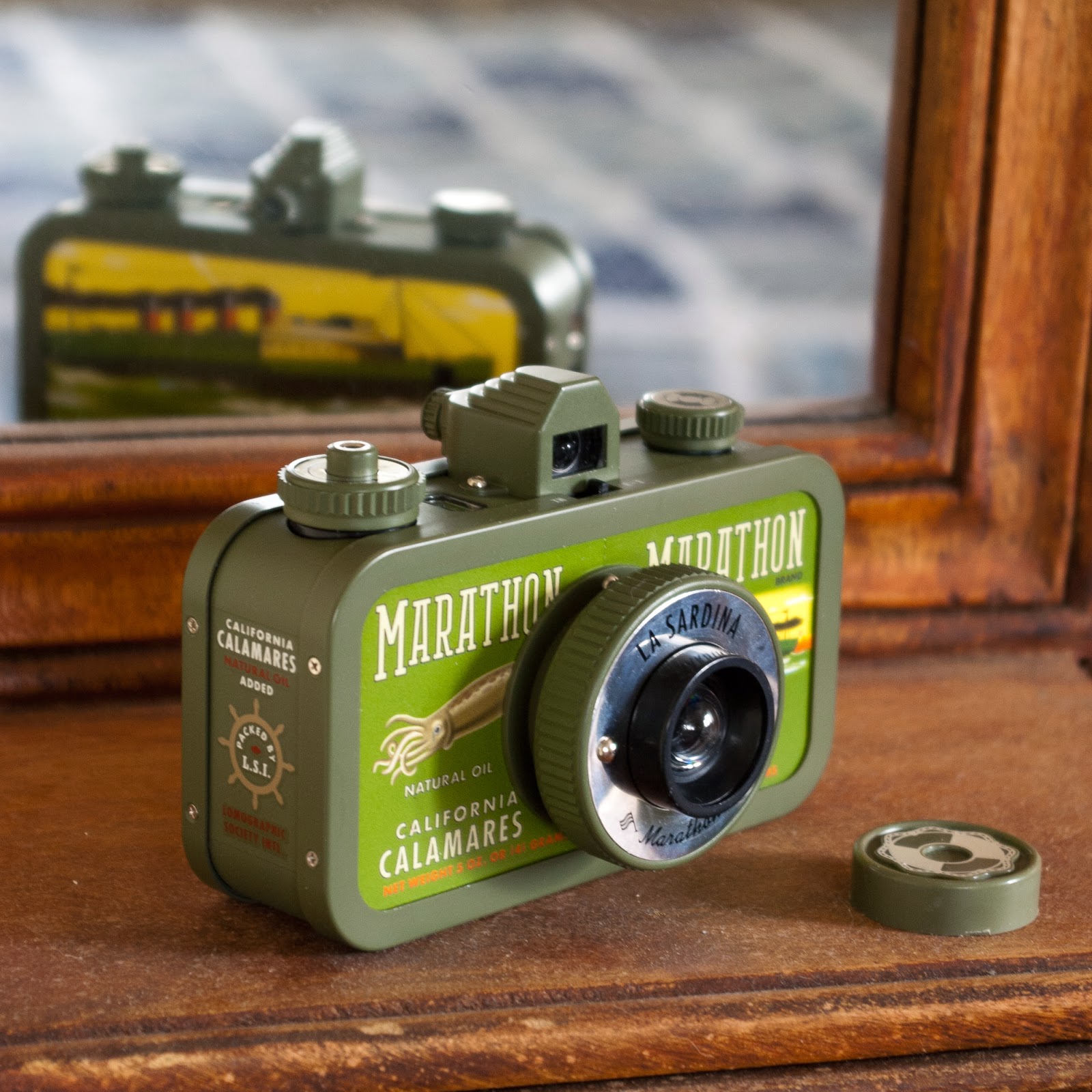 Last week one of our A3C3 members brought an upscale Lomography camera to the meeting.  It was the brass-bodied La Sardina camera with the matching side-mounted flash.  I was enchanted with the fact that it has a 22mm wide-angle lens, and certainly is a toy camera, based on its feature set.  The next day, I went trolling online and snagged a La Sardina "Marathon" model that cost me $21 when I added in my Amazon rewards.  Not a bad deal, really.  While the Marathon La Sardina is all-plastic and not brass, it works the same.  If I am going to buy a toy camera, it better cost me less than $50.

One thing that has always impressed me with Lomography is their packaging. True to form, the package was a delight, and most of it was easily recyclable. The box contained the camera, lens cap, instruction sheet, and a nice little colorfully-illustrated book that espouses the Lomography philosophy, and has hints for using the camera.    I am not going to do a full review on the feature set, as there are other reviews out there.  Basically though, it is a 35mm camera with a fixed shutter speed of 1/100 sec (and Bulb) and a fixed aperture of f/8.  It can focus in two zones - close-up - 2-4 feet, and far - 6 feet to infinity.  The 22mm lens gives a reasonably wide-angle of view.  The camera is able to do multiple exposures on the MX setting.  It has bottom and side-mounted tripod sockets, and a film counter.  When rewinding the film, you just twist the rewind knob, as there is no extra release to press.  The lens collapses into the body for transport, and telescope back out for use with a twist.  A printed reminder on the top of the lens barrel tells you when you can shoot with it.  A cable-release socket is built into the shutter button.

Use of the camera.

Really, it's pretty simple to use -- and that is part of the fun.  I put in a roll of Arista.edu 100 black and white film and shot a roll in one morning while at work.  Indoors, I used the camera in B mode and timed the exposures at less than a second to 2 seconds. For most of those I used a tripod.  The viewfinder is fairly accurate.  The cable-release was very handy indoors.  The shutter is very quiet, as well.

For a first roll -- pretty good.  I developed the Arista.edu 100 in Rodinal at 1:25 dilution.  All the shots came out pretty good, and my seat of the pants timing ain't bad.  Yes, there is a lot of fun packed into that sardine can! 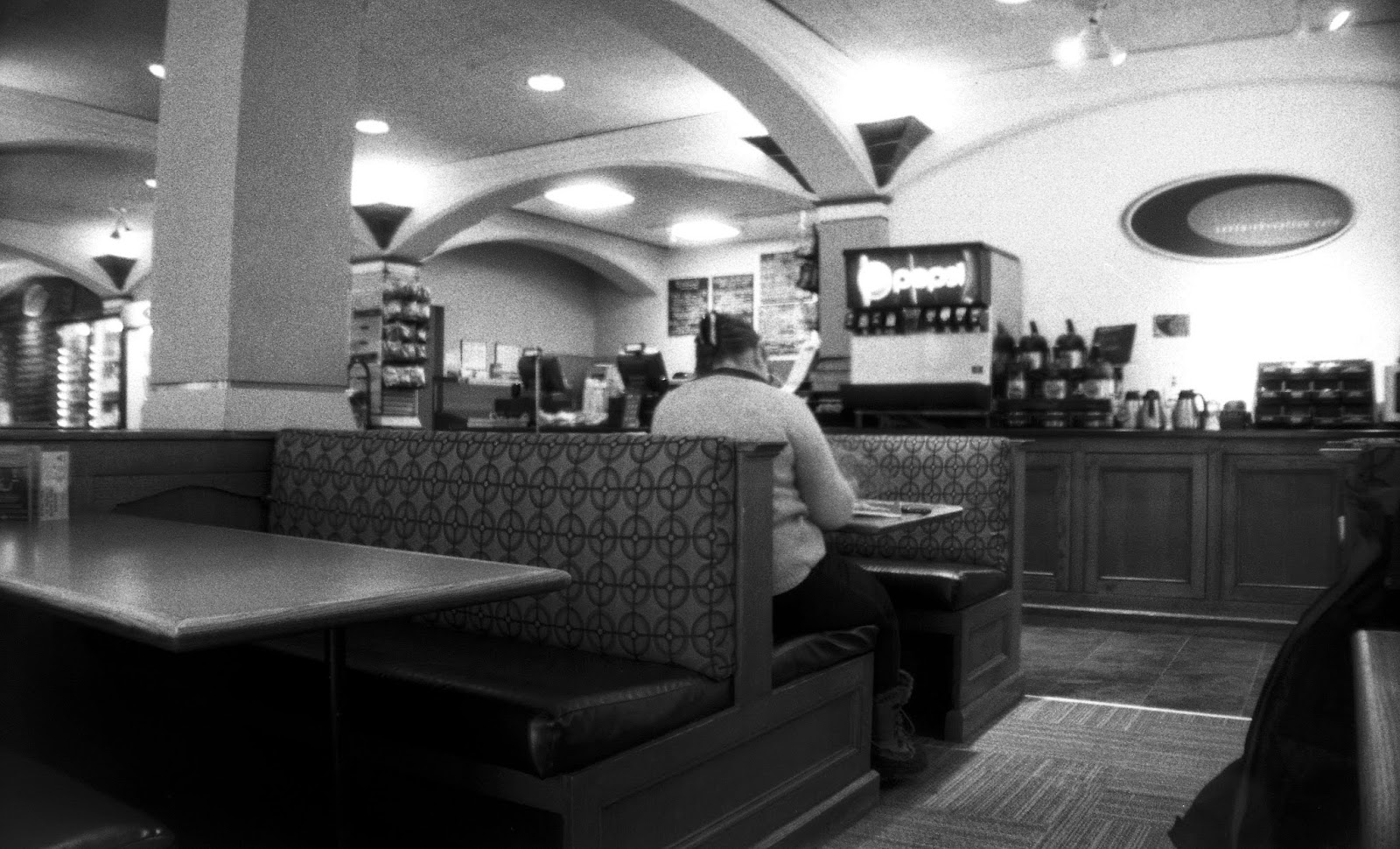 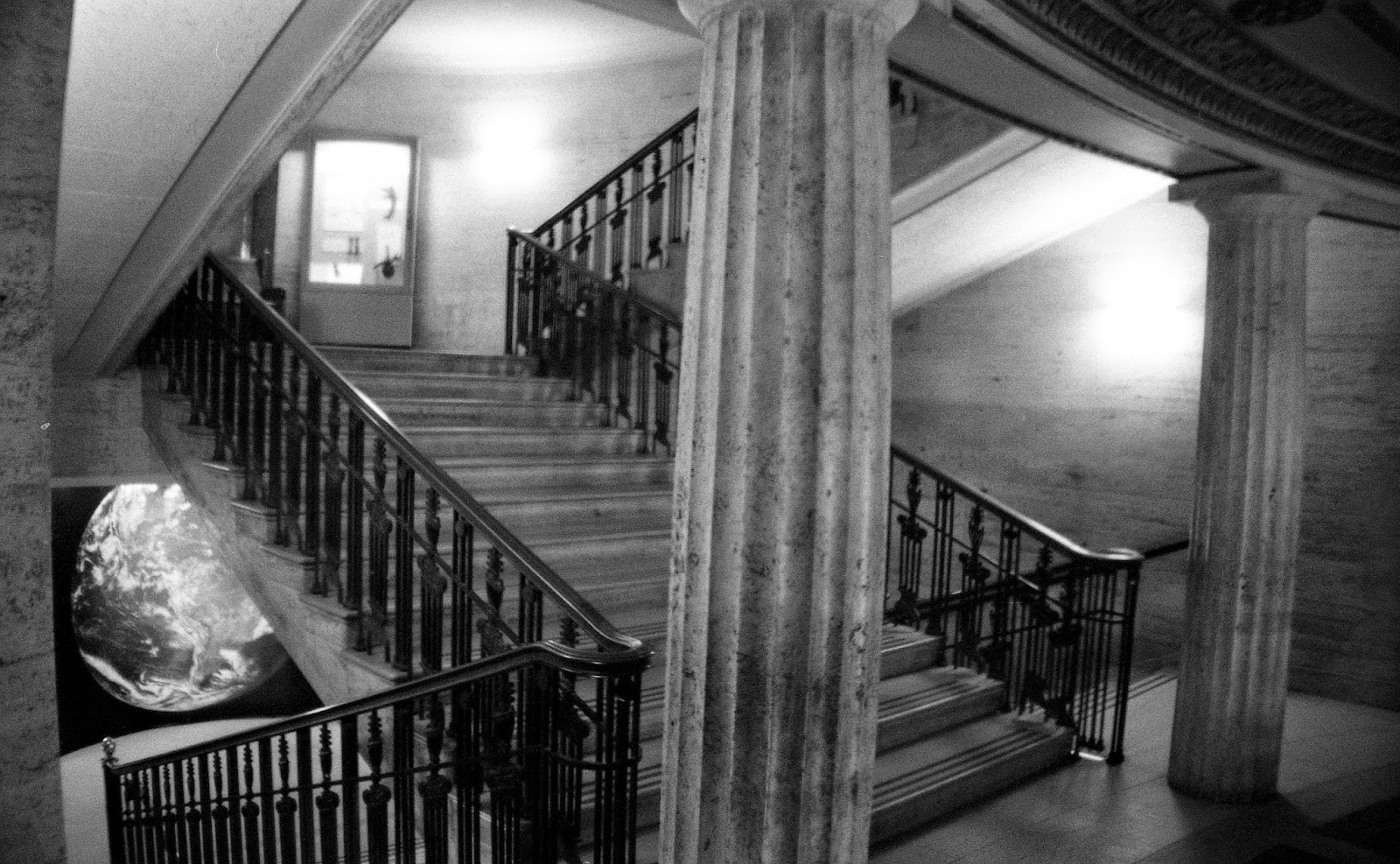 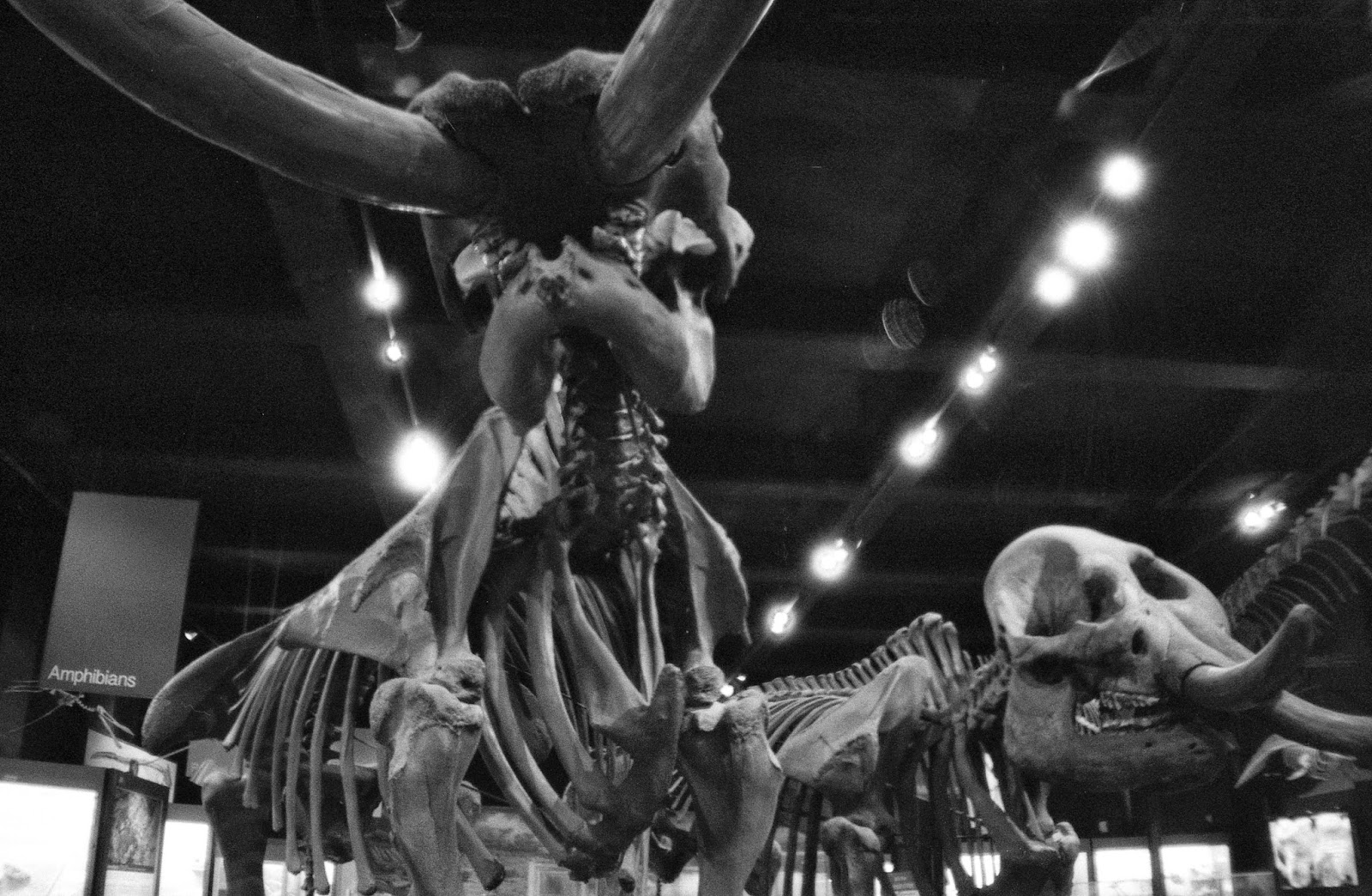 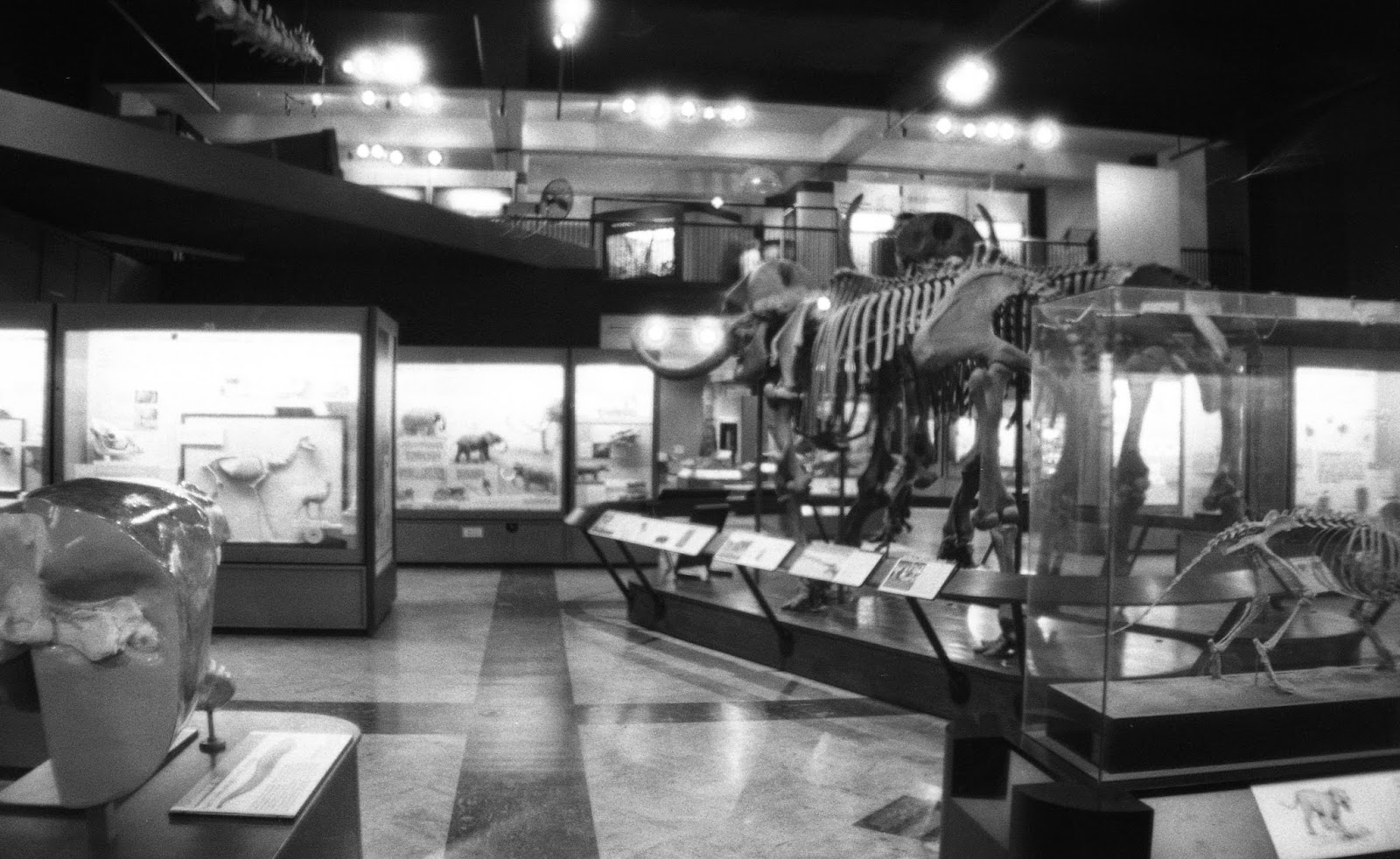 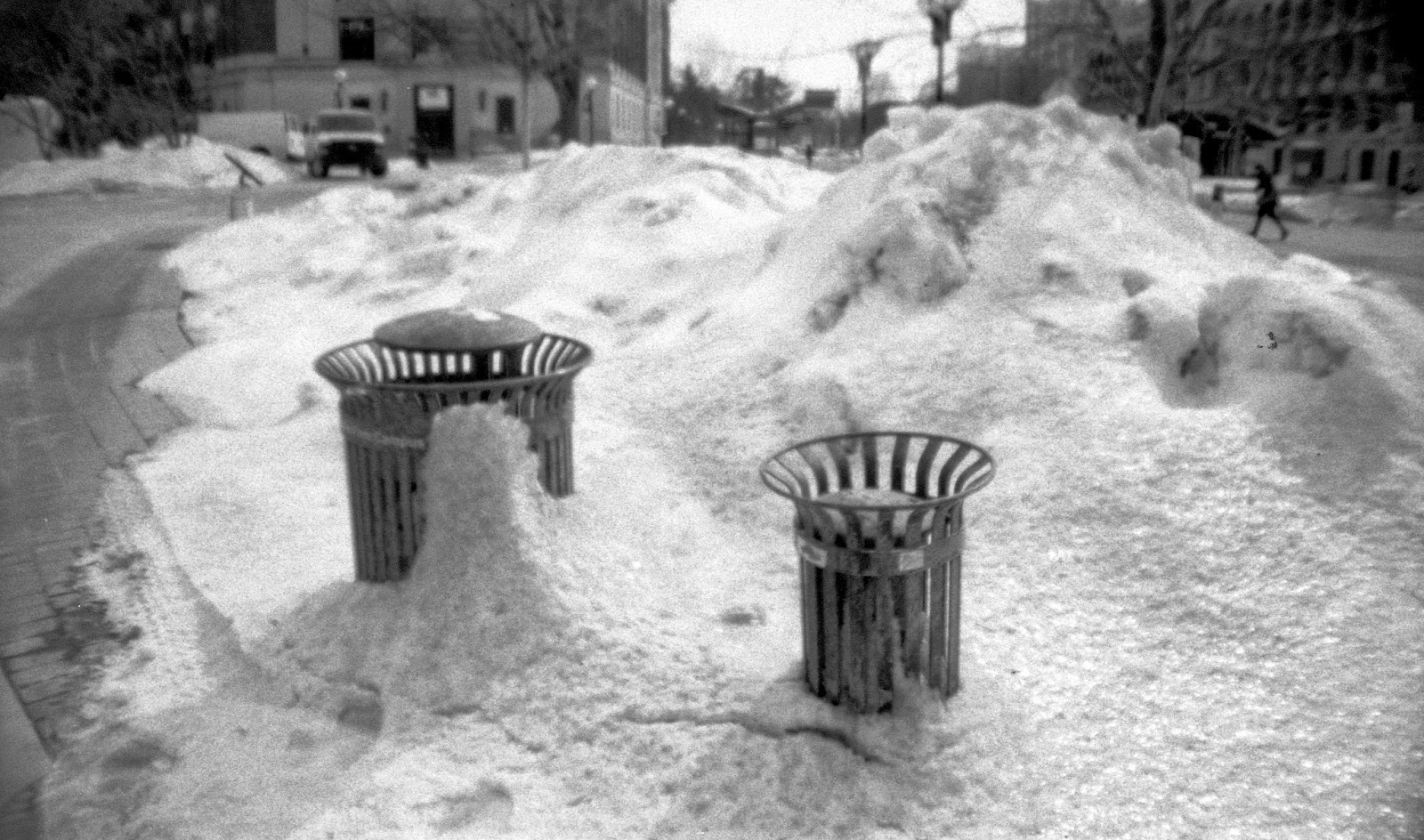 Posted by mfophotos at 4:22 PM