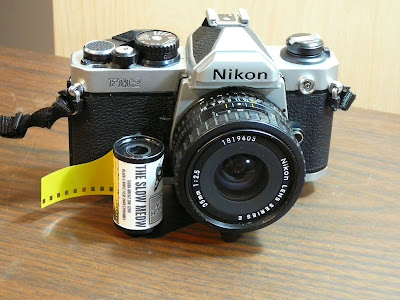 Back in February, I purchased three rolls of Tasma Mikrat 200 - an expired document copy film, from Eric (aka conspiracy.of.cartographers).  The film, cleverly named  by Eric as "The Slow Meow," is  nominally a 6-12 ISO film, on acetate stock, and without an anti-halation layer.   How do I know it does not have an anti-halation later?  Read on, dear reader!

First of all, by now you know that I love playing with slow films, and the Tasma Mikrat 200 is one that I had not had an opportunity to test out before now.  With any of the films from Tasma, it is likely that they are old stock, but given what I know about Russian and Ukraine film companies, it's safe to say that we don't ever really know what the actual story is.  I have tried many Svema films, as well as Tasma Mikrat Ortho and Tasma NKII film (sold by the FPP). However, The Tasma Mikrat 200 is one that stands out because I have seen very few examples of results from this film online.   When I saw that Eric was selling this film in 3-roll packs, I immediately placed an order.  It arrived very quickly, and the film cassetes were packed inside a black plastic ziploc bag.  I transferred them to black canisters, and made sure that I didn't leave them out in the light for too long.  Since I now know that the film is on an acetate base and not a polyester base, light-piping was not a problem.

I loaded the first roll into a Nikon FM2N, since the lowest ISO setting is 12.  I used it with a series E 35mm f/2.5 lens (just for the hell of it, I suppose).  I shot the first few frames on an overcast day, and used a tripod.  The photos of the sheep at the Biltmore Estate were about 1/8 sec exposures (March 4).  The rest of the roll I shot on a sunny afternoon of March 8  along Depot Street in the River Arts District of Asheville.  Those were all hand-held, and I shot at 1/30 sec, meaning most were shot at f/8.  There were 34 exposures on that roll.  Today, I developed the roll in Rodinal at 1:50 for 12 minutes, per samples that Eric had posted online.

After drying, the film has a very slight cupping, but nothing like Kodak Tri-X or old Agfa APX 400.  It scanned very well, and my initial reaction is that in a full sun situation, I could have shot the film at ISO 25.  For cloudy overcast conditions, I'd say that 12 was right on.    Due to the sunny conditions on the 8th, the film exhibited a "blooming effect" when bright reflections are in the frame, which I have seen with Lucky films, and with Polypan-F.   That indicates there the film has no anti-halation layer.  It would be far worse if the camera has a chrome or textured chrome film pressure plate.

Overall, I am very pleased with this film and developer combination.  A bit contrasty in full sun, which is fine, but also very fine-grained.  Kudos to Eric for taking the risk of buying a big-ass roll of this film to share with the film-shooting community.  I'm glad that I purchased three rolls! 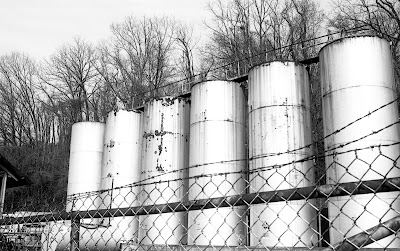 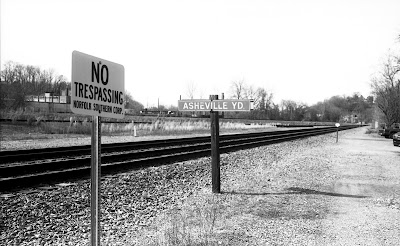 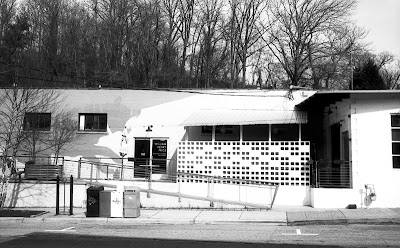