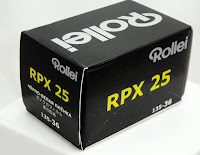 It seems that this is one of the few low-ISO films that I have not tried until now.  The film came on the market in 2014, so it's been available for quite a while. I placed a big order of Rollei and other films that I had yet to try, and B&H quickly shipped them to my door.  Among the films was Rollei RPX 25, which I assumed was a sort of replacement for the old Agfa APX 25, which I definitely liked when I shot with it over a decade ago.  After doing a bit of research, the RPX 25 is a different sort of film, which is made by someone, certainly not Rollei. While the packaging and the Rollei name are licensed by Maco, the film is quite different from the Rollei Ortho 25 Plus, and is not advertised as having extended red sensitivity like the Retro 80s film.

From the RPX 25 Datasheet (translated by user ashfaque on Rangefinder forum 12/2015):

"Low-sensitivity, high-resolution, panchromatic black and white film, ISO 25/15°
Rollei RPX 25 is a panchromatic B&W film with a nominal sensitivity of ISO 25/15°, which is cast on a modern crystal clear, synthetic carrier.
This film is characterized by its high resolution at fine grain and high edge sharpness. Rollei RPX 25 behaves perfectly in over- or under-exposure due to its optimum sensitivity reserve of up to 2 stops. Depending on the developer, the film compensates critical lightning situations. The 5µ film - silver-rich-panchromatic sensitized Rollei RPX 25 is poured into a crystal-clear polyester carrier of 100µ. "

I shot my roll of RPX 25 while on a trip to Dutchess Co., NY in early February.  I also traveled around the nearby CT/MA/NY area, and when I found myself at Great Falls on the Housatonic River, I knew that a low-ISO film was perfect for what I was seeing.  I loaded my Nikon FM3a with the RPX 25 and had exposures of about 2 sec maximum.  I saw no problem with long vs normal exposure times.  I developed the film in Kodak D-76 1:1 for 8 minutes at 20°C.


In my research about this film, I found that it could have been made by Agfa, and might have been the Agfa Aviphot 80 aerial film. Which apparently, is the same as the Rollei Retro 80s.  I have shot the Retro 80s, and I like it, and it does not appear to me to be the same film.  The Polyester base does lie very flat, which to me, is a plus in scanning.   I know that the Rollei films are all rebranded from other manufacturers, and of course, it's not old-stock Agfa APX 25. What exactly is it?  Does it really matter?  It's documented that the Rollei Retro 80s is the Aviphot 80 film.   I am not buying that RPX 25 is the same film.  I am glad that the RPX 25 is available and from what I have seen thus far, an excellent film for landscapes.  I'll leave the keyboard commandos to their theories about the film's origin.

One may argue that one roll isn't really testing this film.  I shot the film at the box speed, using a camera and a subject that I am familiar with in my shooting style.  Yes, I used a tripod and a cable release.  I feel that my results matched my expectations for a low-ISO panchromatic film.  Of course, I would shoot this film again.

One bit of caution - since the film is on a PET base, light-piping can occur, so keep the film in the black canister, and load in dim light.

All images shot with a Nikon 35-105 zoom Nikkor, unless otherwise specified. 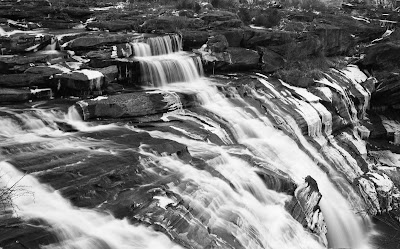 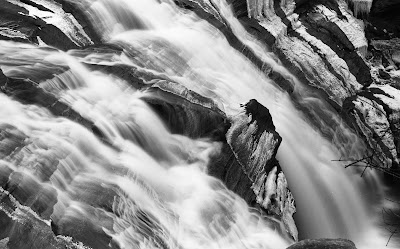 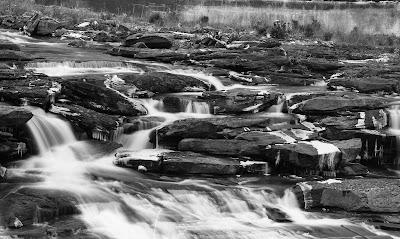 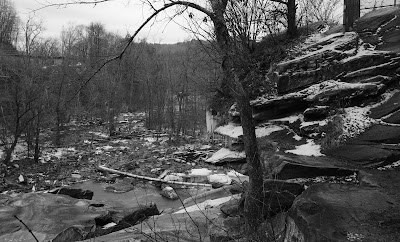 Posted by mfophotos at 1:11 PM