Mano a Mono- Developing film in the FPP Monobath

To be honest, I have been known to dismiss the use of a monobath for developing film.  I was skeptical of such processes, as if they were some sort of alchemy.  The idea of develop and fix in ONE bottle was blasphemy to my ears.  You might as well have tried to convince me that you were transmuting lead into gold.   Of course, I am exaggerating my skepticism, but I certainly needed to be convinced that it was worth trying.

What is a monobath anyway?  - Simply put, it is a solution containing a developer and fixer for b&w film.  Hold on there a bit. Yes, it can also be a color process as well.  If you ever shot a Polaroid or an Instax image, it's essentially a monobath process to develop the film. There is no multi-step process like conventional C-41 or E-6 film. Otherwise, yes, it's magic. B&W films also typically use a 3-step process, with different times for various films and developers. With a monobath, it's just one time for all b&w films.

How does it work?  Magic?  No, of course, not.  What happens is that the developer is aggressive, and the fixer takes a while to kick in, which by that time, the developer has mostly done its job. Because of this dynamic, several things may happen depending on the film and the exposure.  1 - there may be reduced contrast 2 - there may be a loss of shadow detail 3. there may be increased contrast  4 - some films may need additional fixing 5 - some monobaths may cause excessive grain, raise the film speed, or cause fog. Different monobath formulas have their own peculiarities and effects on any single type of film. Monobaths are often used at higher than 20°C.

Monobaths have been around since the late 1800s, and were popular in the 1950s and 60s with photojournalists. Quick results meant the image got to the editor sooner. Polaroid's b&w film used a monobath, making photography truly instant.  However,  modern monobath formulations date to about 1974, when G.W. Crawley published a recipe in the British Journal of Photography.  You can easily search for the recipe and its variants, as there are a few.  Some of the monobaths were created specifically for certain film types.  More recently, Donald Qualls came out in 2004 with a monobath recipe that just uses HC110, ammonia, and fixer concentrate. If you want to mix your own, you can easily find the formulas online.  However, most people would rather purchase a product that is ready to use.  It avoids having to find and mix the different chemicals, and is also more convenient.

Earlier this year, the Film Photography Project store started carrying its own monobath.  The FPP Super Monobath comes in a 1 liter bottle, already mixed.  What's more, using it is pretty simple - 3.5 minutes at 24 degrees C.  That's it.  Each liter bottle can develop 10 to 15 rolls of film. After talking with Leslie, Mat, and Mike, I was convinced to try some and have been trying it out on different films. 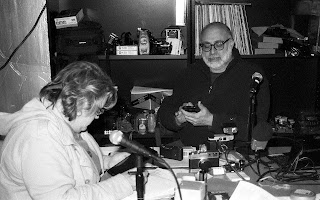 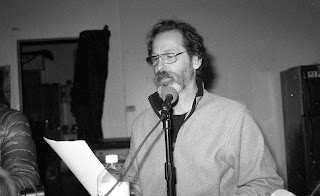 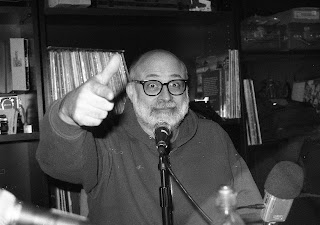 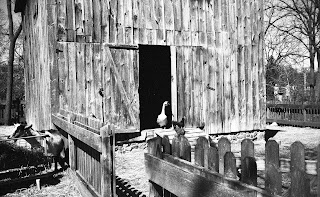 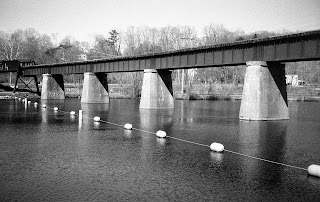 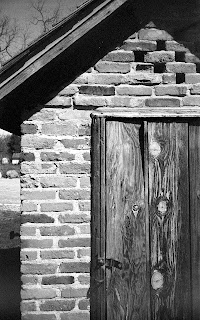 The Svema 200 scanned pretty well, and I like the punchy results. 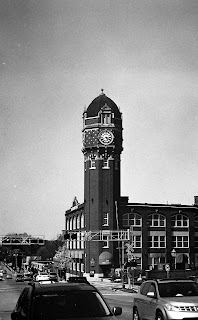 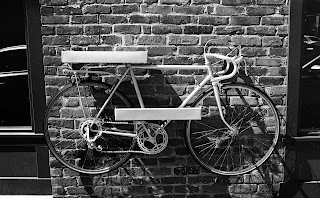 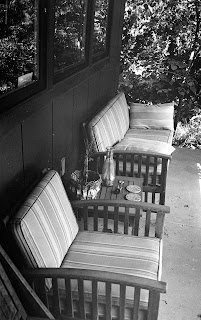 While I felt that the NP-55 negatives looked a bit "thin", they scanned in quite well.  Overall, quite happy with my results!

My workflow with the FPP Super Monobath is quite simple, as are the items that you need to proces a roll of film.
You need: a thermometer, developing tank, Monobath, FPP Archival Wash, water, and a changing bag if you don't have a darkroom.  Why the Archival wash?  It makes the rinsing go much faster, and you'll get the fixer residue completely removed.  Also, some Kodak Photoflo is a good idea for a final rinse to avoid streaks on the film when drying.

I load the film in a Jobo reel and tank because the reels are easy to load for 35mm.  I bring my monobath up to 24°C in a water bath, and  I prewash the film for a minute before adding the monobath.  I pour out the prewash and pour in the monobath.  I agitate for the first 10 sec and then three inversions every 30 sec.  After 3.5 min have elapsed, I pour the monobath back into the bottle. I pour water into the tank and rinse for 30 sec.  I then pour in the Archival Wash and discard after 1 minute, followed by another 1 minute water rinse. A final bath in water with Photoflo for 30 sec and I can take the film off the reel to hang dry. Basically, it takes about 5-10 minutes to develop a roll and hang it to dry.

My results have been quite satisfactory for most of the films that I have tried.  Others have had great results with the typical b&w films from Kodak and Ilford.

You may wonder why use a monobath?  While I have my favorite developers, the FPP Super Monobath is just the thing when I want to test out a camera.  Its simplicity of use makes it an ideal candidate for developing on the road, as you don't have to mix anything.  I'll be trying it out on a road trip later this year!