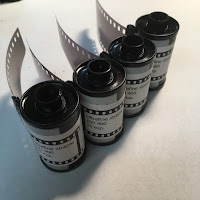 I have been a customer of Ultrafine Online for well over 15 years.  I'm a frugal person, and I appreciate saving money on my film expenditures, so long as the film is providing me with reliably consistent results.  Ultrafine, also known as Photo Warehouse (which is how their print catalogs are labeled), has been an excellent source for all types of films and photographic papers.  I recently spooled up some cassettes from a bulk roll of their Ultrafine Xtreme 400 b&w film, and realized that while I have reviewed some of their oddball film offerings, I have not reviewed what I feel is one of the greatest buys in conventional b&w films - Ultrafine Xtreme 400!

From the Photo Warehouse site:
"Xtreme 400 is a high speed, medium contrast film allowing for exceptional utilization in action and sports photography and also an outstanding selection for general purpose photography. With a standard rating of ISO 400, it provides negatives exhibiting incredible sharpness and yet retains a fine grain under a myriad of lighting conditions. Xtreme 400 was designed to react vigorously to push processing and film speeds up to EI 1600/33 are easily achievable with X-tol type developers, maintaining nice shadow detail and perfectly scaled mid-tones, while still maintaining grain structure."

The film has a very good representation in the Massive Development Chart, meaning it's likely that you will find your choice of developer for this film.

Now I have only shot this film at the box speed, and in a recent trip to Oregon, I shot a few rolls in my Yashica FX-7 and Olympus Trip 35.


From the Yashica FX-7, all from downtown Portland, developed in Rodinal 1:25 for 7.5 minutes: 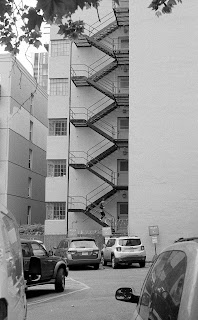 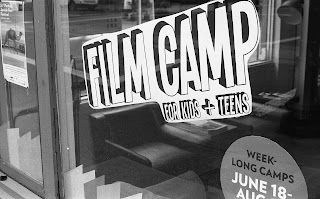 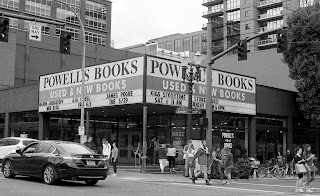 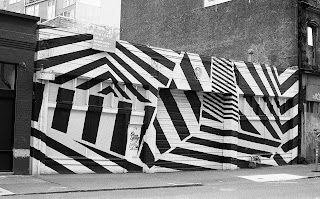 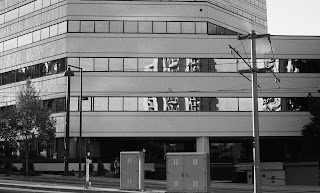 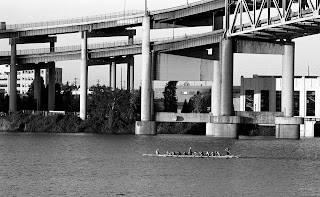 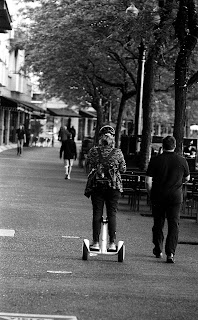 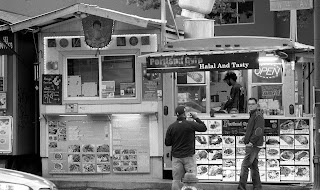 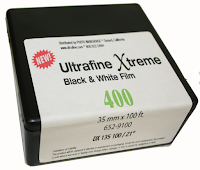 I am really pleased with the results thus far.  My only complaint is that the bulk roll did not come on a core, and I don't know if that will be a problem or not.  I like the fine grain, and the above images required very little tweaking in the scans.  Another nice feature - the film lies absolutely flat in the scanner film holder.  There is no cupping or curling.  Another nice feature -- a roll of 100 feet is $35 US.  Ultrafine Xtreme 400 is an excellent 400 ISO film that can be pushed to 1600 (which I need to try) at this price is quite amazing.  If you don't want to roll your own, you can also buy it in 12, 24, and 36 exposure rolls at about half the price of a roll of Tri-X.   I'll try processing my next roll in the FPP Super Monobath and see how it goes.  I'm not going to guess who supplies the film stock.  The rebate has Ultrafine Xtreme 400 printed on it.  I'm happy with it, and it doesn't really matter who originally made it -- Photo Warehouse has been selling it for a few years, and it's a great film to shoot with.


I demonstrated the FPP Super Monobath at Photostock 2018 on 06/23.  I shot a couple of rolls in less than an hour with my Nikon F3HP in Harbor Springs. It happened to be a rainy day and the Farmer's Market was taking place in town.  I used one of the rolls in my demo and it came out great.  The standard 3.5 minutes at 74F.  Here are a few scans of the negatives: 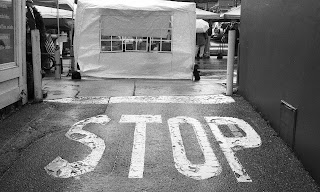 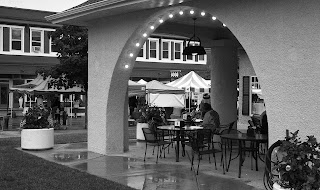 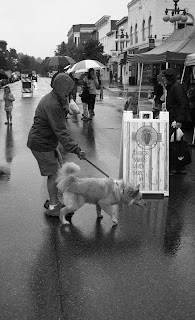 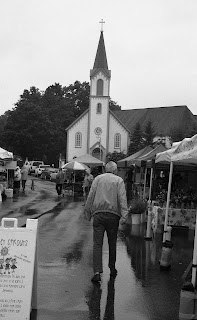 Thanks for this useful review! It looks like a fine choice for the kind of documentary work I often do. Especially on a cloudy day.

Great results Mark, I've been intrigued with Ultrafine products over the years but I want to have an accurate shipping quote and choice of carrier to Canada, I will not ship with UPS unless it is pre-cleared.

Always enjoy your posts, and your FPP musings. I recently conducted my own (very unscientific) comparison between Ultrafine and Foma/Arista. While I have to say that I prefer the Foma, I did realize that Ultrafine gives me that contrasty JCH look at a fraction of the price.

Thanks for your insights, and keep up the great work!

I've been using this film for a while. Like you said the grain is nice. It also dries flat, so easy to scan. The tonal range is good. I've been pushing it to 1600 to shoot concerts, both indoor and outdoor, developing with HC-110, B dilution, for 9 or 10 minutes. Contrast is not as strong as pushing HP5 @ 1600, but still nice. Although the 100' Xtreme doesn't come with the core, it was ok when I roll it into canisters.

Thanks for your blog, Matt. I've used Ultrafine Xtreme bulk 400 and 100 ISO film for several years. I also regularly use T-Max, Tri-X, HP-4+, and Delta 100. The last two are also loaded in bulk loaders. I am pleased with Ultrafine Xtreme film to date. I would not say that one film is favored over another film. Each has its place. But as you say, the fact that the film is very reasonably priced and that the negatives lie flat is a great benefit.

If you dont develope your own 120 film, are mail order companies ok?
I use Dale labs in Fla.
Lee in Denver Colorado USA

Without a core spool, will a 100 foot roll work in a Watson bulk loader that had a spool holder? Thanks

It'll work fine, as I had no problems.

Lee, so long as the companies can develop your film type and format, mail order is fine.