Some winter scenery on Kodak 2238 film.

If you have been following this blog for awhile, you'll know that I am always eager to try out some odd b&w films.  A few months ago, I purchased some Kodak 2238 Panchromatic Separation Film from Ultrafine Online.  It has been touted as a "poor man's TechPan!" and after seeing results from my first roll of this film, I am inclined to agree.  The typical use of this film is to make archival black and white positive separations from color movie film negatives. It can also be used to make special effects, panchromatic masters from b&w negatives, and other movie-industry applications. It's on a polyester ESTAR base like Techpan, and has a blue-antihalation dye that comes out in developing.

I loaded up a Nikon F2 with a plain prism, and headed out into the 10 degree F weather at Matthaei Botanical Gardens.  The film is rated from ISO 6 to 50, depending on the use, I suppose, and I followed Ultrafine's suggestion of ISO 25.  Unlike TechPan, this film can be developed as a panchromatic pictorial film in D-76 (1:1 for 10 minutes), which greatly facilitates its use, and not having to use my dwindling supply of Technidol. Photographer's Formulary sells the TD-3 low contrast developer for films like Techpan that would otherwise result in high-contrast negatives using typical developers.

Shooting in winter in northern climates has its share of obstacles - cold temperatures mean low battery life when outside, and I picked the meterless plain prism F2 because it works flawlessly without a battery, and the ergonomics with gloves on make it easy to use. I had an external meter, but generally went sunny-16 for most of my shots.  In full sun, that would be f/16 and 1/30 sec, or f/11 at 1/60, or f/8 at 1/125.  F8 at 1/125 seemed to work pretty well when it was sunny.

I developed the film as I described above, in D76.  Some of the frames were underexposed, and I think that was when I forgot to adjust my aperture when the sun went behind the clouds. For the images that I estimated properly, the negatives looked good.   At ISO 25, I would recommend a tripod for most subjects, but my results were pretty good.
Okay, so if this film is like TechPan, how does the grain stack up?  It is extremely fine-grained, and almost as good as TechPan. I would say that the negatives do remind me of that film, and I will have to experiment with it some more to get an idea of how versatile it is.  Some portraits are in order, as well as some non-snowy scenes.  The film comes in 100 foot rolls as well as 36 exp. cassettes, so for $50, one could do quite a bit of testing with the bulk roll.  It may be advisable to bracket to see how the film performs for your particular use. The nice thing is that it is also easy and economical to develop!

Here are a few images from that roll that I shot earlier this week. 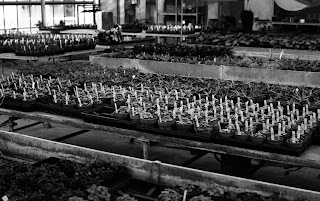 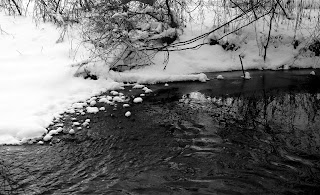 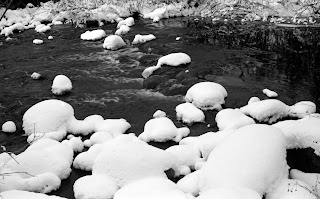 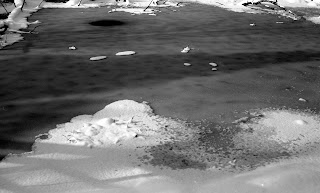 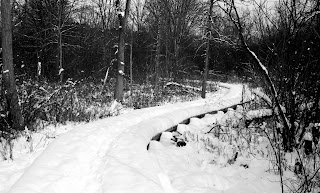 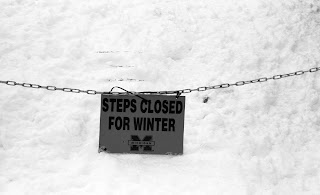 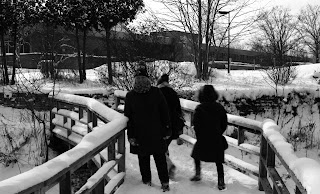 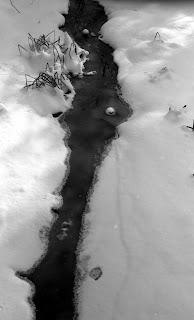 One of the fun aspects of film shooting is the appreciation for different films and the qualities that each film stock has.  Shooting something new (to me) means that the results may not always be what I expected.  In the case of the Kodak 2238, I think the shots where I exposed correctly have good range and bode well for further testing.  The film is a tad curly drying, but flattened out fine in the scanner film holder.

I suggest that you give this interesting film a try. There are plenty of examples of it on Flickr.

Nice - you got good detail even in the snow.

Agree re: the snow. Think I’ll pick up a bulk roll as a belated Xmas gift for myself!

So these result were rated at ASA25? Thanks!