A few months ago,  I had heard a rumor about someone opening a camera shop in Ann Arbor, but the details were somewhat vague.  Then a few weeks ago, I found out that a store with the name Camera Mall was going to open soon.  A week ago, I walked over to the store on East Washington, less than a block from N. State Street.  A few other fellow crappy camera club folks had already been there.  I walked in, and was greeted by the manager, Desmond Kolean-Burley, and it seemed a bit surreal to be standing in a store with lots of shiny new cameras and gear.  In Ann Arbor.  It has been a few years since we have had that opportunity. I had a great chat with Desmond, and he was busily getting the store stocked and ready for business.  Today, I went back down, and I wasn't the only other person in the store, and the stock was being shelved as quickly as they could do it.  You can bet I had a case of lens lust, seeing so many lovely new lenses in the glass case.  I bought some packs of film (and yes, they will be carrying Impossible Project film), and chatted for a while.  It's obvious that Desmond knows his stuff, and the location is great - close to campus, close to the heart of downtown, and parking is nearby.  I can only hope that folks go and buy their stuff their and support Camera Mall's effort!

Camera Mall is located at 518 East Washington Street, Ann Arbor.  You can reach the store at  734-997-5031.  Desmond indicated that the stock is still coming in, and I suspect that by the end of April everything will be in place.  However, you can certainly buy lenses, bodies, film, used film cameras, digital cameras, etc. right now.  I think the store will also be operating a photo lab.

To Desmond and the other Camera Mall folks (out of Muskegon, MI) -- Welcome to Ann Arbor, and thanks for taking a chance on us! 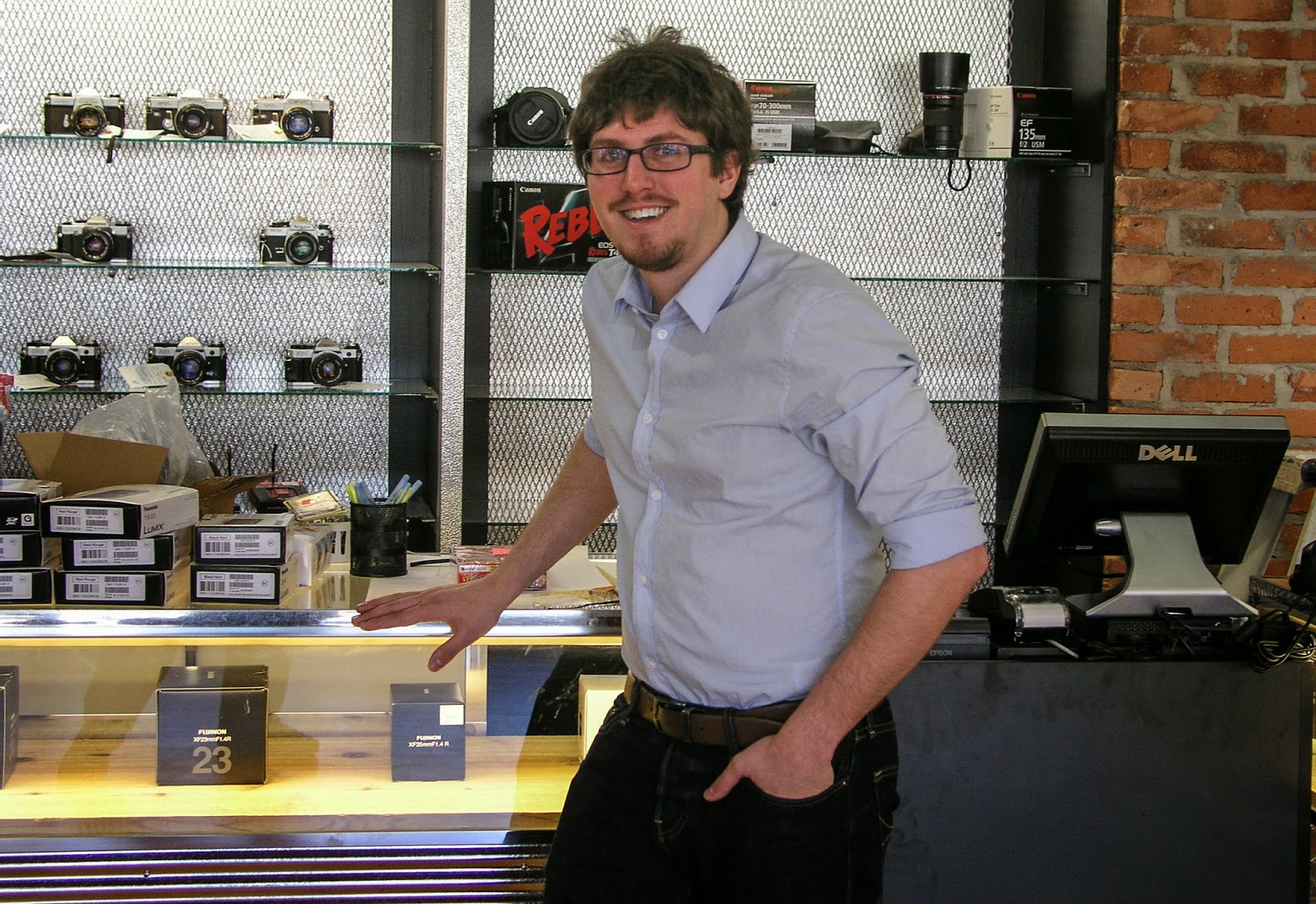 Posted by mfophotos at 9:46 PM

Thank you for the post, Mark! I really appreciate it!!

We're so happy to be here!

Thank you so much for the post, Mark! I really appreciate it!

We're so glad to be in Ann Arbor, and it's even better to hear that Ann Arbor is glad to have us!!!