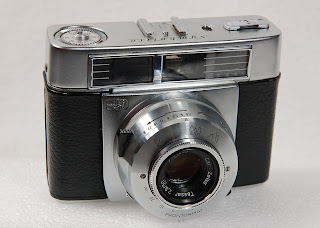 A few years ago, I acquired a few oddball cameras from a friend's estate, and among them was this Zeiss-Ikon Symbolica.  I wasn't even sure that it worked as it has a couple of internal chips in the lens.   Anyhow, I finally decided to  load it with film a few weeks ago and give it a test.

Typically, when one thinks of Zeiss Ikon - well at least Zeiss,  well-made lenses and robust cameras come to mind.  Carl Zeiss was founded in 1846, and was a respected optics manufacturer. Located in Jena, Germany, Zeiss produced now well-known lens designs such as the Zeiss Anastigmat (1890), Zeiss Planar (1896), and Zeiss Tessar (1902).  The Tessar design is well known, and consists of 4 elements in 3 groups.  The Greek word tessera means four, hence the name of the lens.

"Millions of Tessar lenses have been created by Zeiss and other manufacturers, and are still produced as excellent intermediate aperture lenses. The famous 50mm f/3.5 Elmar lenses used in the first Leica cameras were of this type, designed by Max Berek in 1920. Actually, Zeiss has a large monopoly on this type of construction, because Rudolph's patent was very general.  His only claim was:

So, to all those people that go crazy when they see a camera with a Zeiss Tessar lens on a camera such as the Contax T4 - (made by Kyocera, who also owned the Yashica brand), get over it!  Case in point -- the Zeiss Ikon Symbolica, which I guarantee I will get to.

The end of World War II caused a problem for Zeiss, as Jena was in the East German USSR-Occupied Zone, and many of the Zeiss engineers went to West Germany ahead of the Russian occupation.  The new Zeiss Ikon A.G. was based in Stuttgart, with the old Zeiss Ikon in Jena and Dresden. Due to trademark litigation, the East German brand became Pentacon.  In its heyday, Zeiss Ikon manufactured a bewildering number of cameras, often with similar names and a numbering scheme within a name that differentiated the variants.  Zeiss-Ikon made everything from plate cameras to box cameras, Contax, Contaflex, Ikonta and Nettar folding cameras, and the camera under review here, the Symbolica. 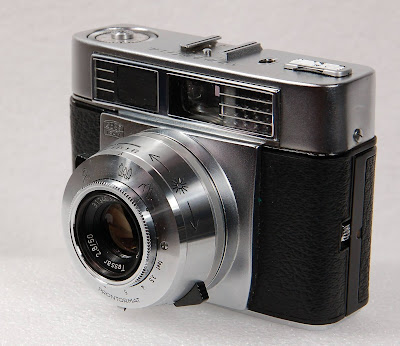 The Symbolica shown here, is in fact, a Symbolica II, produced from 1960-62.  It features a bright frame viewfinder with projected frame lines as well as a match-needle exposure readout in the finder.  Its simplified layout belies the fact that it's an automatic exposure point and zone-focus camera that merely requires you to get the exposure needle centered and then take a shot.  The camera features a 50mm f/2.8 Tessar (see I told you there was a connection), and a Prontomat shutter.  The Selenium meter cell to the left of the viewfinder powers the exposure system, so no batteries are required.

Taking a further look at this camera, it is obvious that it's well-built, which is to be expected from Zeiss Ikon.  However, given the market is was aimed for - the casual shooter, it's clear that casual shooter market segment was going to be overtaken by more inexpensive Kodak Instamatic that appeared in 1963, as well as cheaper Japanese-made 35mm cameras.

I had initial doubts that I'd get anything useful from this camera.  It just seemed unlikely that it would still be  fully functional after all these years.  I loaded a roll of Ilford XP-2, and set the ASA setting to 320 on the band under the lens barrel.   The camera has what you might call programmed exposure, as you merely rotate the control ring with the sunny setting back and forth until the meter needle  is centered. I guess that controls both aperture and shutter speed, but there is no way to know what exactly is changing.  I made an initial mistake of turning to the marked aperture settings, thinking that I was smarter than the camera, but no -- those marked apertures are for use with a dedicated flash (that I don't have).  So, for shooting outdoors - which is what the sun represents, turn the control ring back and forth until the needle is centered in the viewfinder, and press the shutter button. Focus is via zones - one head, etc.,  to mountains, although there is a numbered focus distance on the underside of the lens barrel.

Once I convinced myself that it was all that simple, I shot the roll in a couple of days, rewound the film, and developed the XP-2 in D-76. (Ilford XP-2 develops beautifully in standard b&w chemistry as well as C-41). 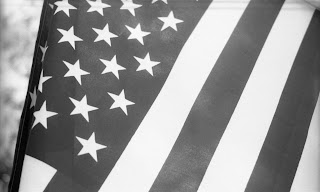 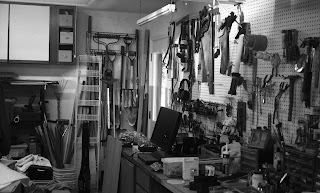 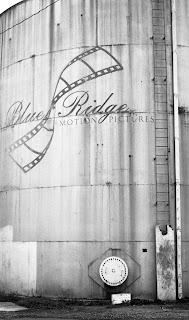 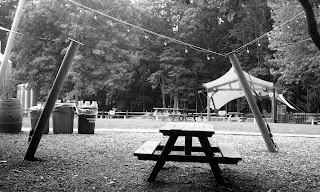 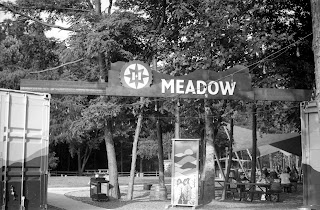 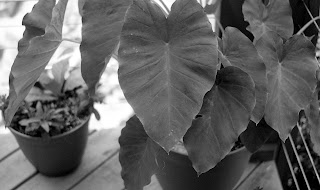 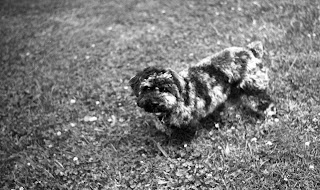 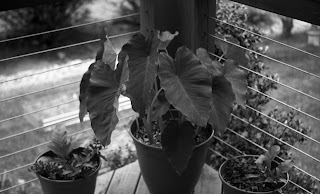 I have to say, this is a very robustly built camera. The rewind is on the bottom, and everything seems to work easily and smoothly.  The shutter is very quiet, and the minimal controls worked pretty well.  Since I didn't follow the instructions online, the first 5 exposures were way overexposed, so I am guessing that the flash shutter speed is 1/30 sec.  After that, I used the exposure dial correctly, and all of the images were actually quite good.  The chips in the front element(?)  did not seem to affect the results.

The Symbolica is a symbol of German over-engineering and the beginning of automatic cameras, as well as the demise of the heavy-metal bodied cameras of the 1950s. The 1960s would usher in a dizzying seismic shift in camera production and innovation from Germany to Japan.

More Reviews and information on the Symbolica

Ebay prices for this camera are under $50, so it's not expensive to find one.

Your frames turned out really well; good job! What surprises me is that the selenium meter still works, or at least worked well enough for your exposures. Many cameras from the 1950s and '60s with selenium meters have failed.