How Could I Ignore My Rollei 35TE?

Last week, I was going through my drawer of smaller 35mm cameras, and on a whim, I opened up a leather case to see what was inside. Right. It was my Rollei 35 TE, which I probably had not shot with for a bunch of years.  The slow shutter speeds were off - as in anything at 1/15 sec or slower = B, but the rest were just fine.  That might have been the reason I hadn't used it, but I suspect it was more likely that with all the newer compact cameras such as the Olympus XA, Minox 35, Olympus Infinity, Chinon Bellami, Minolta AF-C, and so forth, the Rollei 35 got pushed to the back where I ignored it. 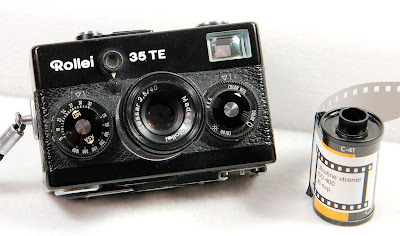 This particular Rollei 35 is possibly the camera that I have had the longest, aside from a Kodak Retina IIa, as both were gifts from my then mentor, Bill Brudon.  One day I was visiting  Bill, and he handed me two Rollei 35 cameras. One was a Rollei 35 S in chrome, and the other was a black 35 TE.  He asked which one I preferred, and after a few seconds of shock, I told him the TE,   I guess because it was all-black.  "It's yours, then!"  Bill said. That was in 2001, so I have had the camera for 20 years, the longest that I have owned any particular camera. 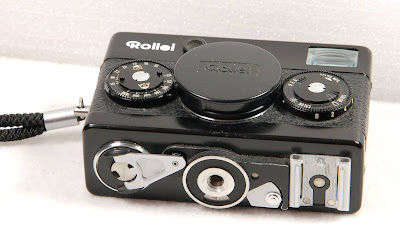 I used it quite a bit early on, even taking it on a trip to NM and CO in 2003, where it produced excellent results - even on slide film.  The thing about the Rollei 35 models is that they are jewel-like, fully manual metal-bodied compacts that are incredibly innovative and also just a bit frustrating.  The film advance lever is on the left side, which is the slightly annoying part.  It's not a rangefinder, so one has to gauge distance while rotating the front of the  lens to focus, and red/green diodes tell you when you have adjusted the exposure to where it should be. It takes a 5.6 V Mercury PX27 battery (and I had several extras for years), which I found was now dead, and replaced it with a Silver Oxide S27PX.  If you are not relying on the camera's meter, you don't need to bother with a battery.  The meter's not especially reliable in low-light, but outdoors it does pretty well in most situations. 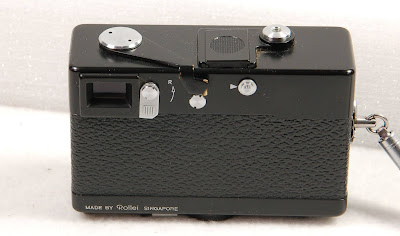 After replacing the battery, I popped in a roll of Ultrafine Extreme 400 film. The interesting/annoying thing about the Rollei 35 is that to load film, the back comes completely off, and you flip open a "door" which acts as a pressure plate and keeps the film really secure across the width of its travel from the cassette to the take-up spool, which is to say, a very short journey in this compact camera.

More about the Rollei 35 series

The Rollei 35 is a "high-class" compact camera that was introduced in 1966 and sold until about 1999.  The first version was just the Rollei 35, with later models offering improvements, and differentiating between the models with Sonnar (40mm f/2.8) and Tessar (40mm f/3.5)  lenses with S and T, and later, SE and TE.  I think the additional E just means "Electronic." Early models were made in Germany, and later, most models were manufactured in Singapore - but not all.  The final versions - higher-priced specialty models , were made in Germany in the 1990s.   These cameras appeal to collectors, since there are many iterations of the Rollei 35, including  gold-plated models. You can expect to pay a premium price for the special editions, and the plain-vanilla Rollei 35 in very good condition will still set you back a couple of hundred bucks. 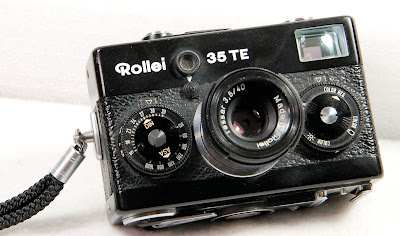 What makes these cameras so darn cool is that they have excellent 40mm  lenses, a telescoping lens tube, which makes them very compact to carry, rugged design, and shutter speeds from B, 1/2 - 1/500 sec.  They do have a hot-shoe for flash, but it's on the bottom of the camera! The bright albada viewfinder is a nice feature with projected frame-lines.  They are very quiet to shoot with as well.  You can also put one on a tripod and use a cable release, just like a much larger camera.

In doing some internet sleuthing - it appears that because the shutter is tensioned when not in use, spending a long time unused isn't good for the less than 1/30 shutter speeds. That explains why my camera has that problem.

I took my Rollei 35TE on a visit to Marshall, NC and shot the entire roll of the UFX 400.  It was a sunny day, and the metering and my sunny-16 sense were sympatico.  Of course, since almost everything I shot was farther than 20 feet, I just left the focus on infinity and the aperture at f/11 or f/16.  I developed the film last night, and all of the shots were excellent.  How can it be that I let this camera linger in the shadows for so long?  Maybe I am more confident now with shooting a camera that doesn't have a rangefinder focus? Maybe it's experience?   Whatever the reason, I need to take this camera out more often.  It need not be sitting in the back of the drawer like an old pair of socks.

Some examples from Marshall, NC 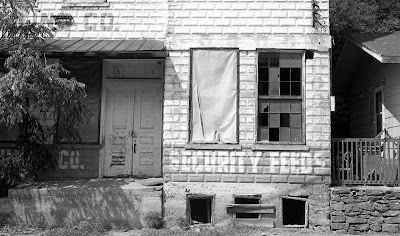 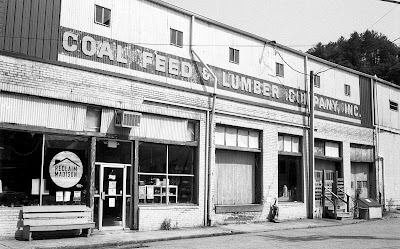 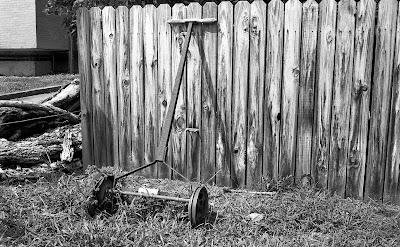 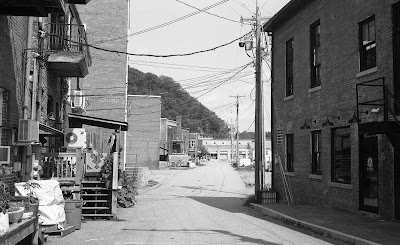 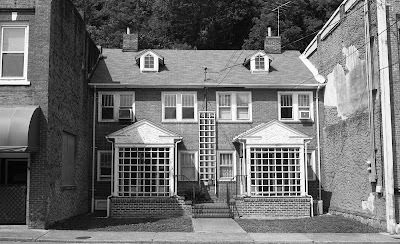 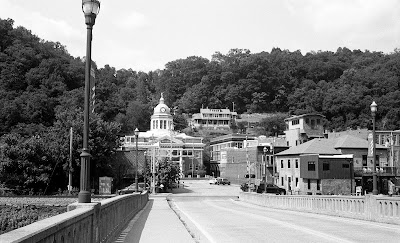 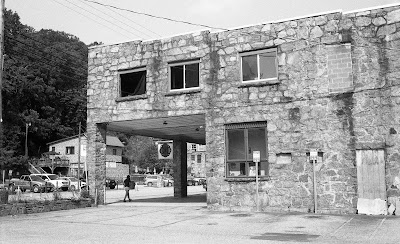 Posted by mfophotos at 1:38 PM