I have been scanning in some slides from the summer's shooting, and realized that although I have shot a number of rolls of Infrachrome Film from the Film Photography Project Store, I haven't previously posted about it.   Before I start, here are some answers to questions I get about the film.

Q: What is FPP Infrachrome film?
A: It is most likely Aerochrome (E-6) film from Eastman Kodak.  I can't think of any other manufacturer that would have made such a distinctive film.

Q: Why shoot it?  Nothing looks real.
A: That is the point entirely.  You see an altered color landscape, and in bright sun, you get red and pink tones of green foliage, and other color shifts.  Blue sky tends to stay blue.  It's obviously not a film for every-day use.

Q: What filtration do I need for those quirky colors?
A: I suggest a yellow filter (K12) and a polarizer to get the best results.   You can experiment with a deep yellow or light orange and see what differences you get.

Q: What conditions are best for IR film?
A: Any infrared film works best under full sun conditions, whether it's B&W infrared or color infrared.  You need the sun to provide adequate infrared reflectance from the foliage.  Shadows tend to be very dark, as they are not reflecting IR.  IR is the opposite end of the spectrum from ultraviolet, or UV.  UV rays are very short wavelengths, and the longer wavelengths of IR basically gets to the level of heat.  Obviously, not a winter film!

Q: What 35 mm cameras work best for Infrachrome?
A:  Stay away from cameras that have a film cassette window on the back, and if they use IR inside for figuring out frame counts, like the Canon EOS cameras.  Time to go back to basics, and use something like a Pentax K1000, Nikon FM2N, Canon FTb, Minolta X700, etc.  You definitely want the camera to do the metering.  Of course, you could also use a rangefinder camera.

Q: Where do I send it to be developed?
A: Unless you are doing your own E-6 developing, the only place I recommend is thedarkroom.com in California.  They are used to dealing with it, and after I sent a couple rolls to another lab with awful results, I wish I had sent them to The Darkroom.   The film isn't cheap, so don't mess it up.

Every time I shoot a roll of this film I am amazed by the results. It's also a learning process, as every time, the conditions, subject,  and time of day give me results that are often surprising.   What really work -- strong afternoon sunlight, lots of vegetation, and a few clouds really add to the image.

Here are a few examples form the FPP Infrachrome film. 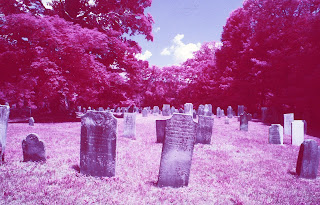 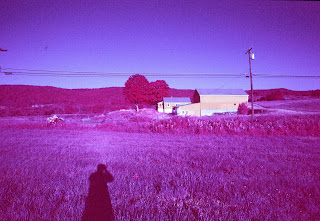 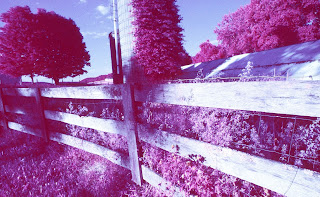 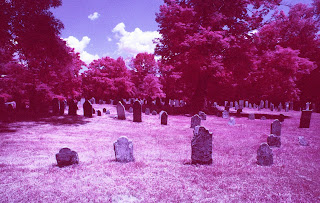 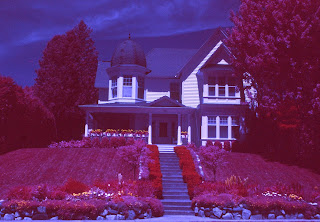 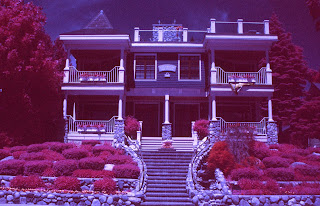 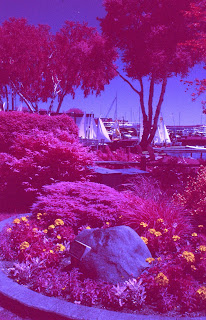 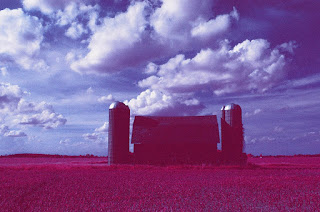 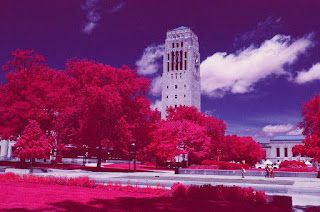 Looks like I need to get a roll or three of this and shoot it in the Palouse next spring, when everything up there is green.

That would be cool, as I do not think I have ever seen a color IR image from there! This film is a lot of fun, and you really are never quite sure what to expect.