Usually, my blog posts are all about me.  Today, I'd like to share a couple links to some other sites and both of them happen to involve street photography.
From Toronto -- the Stephen Bulger Gallery has acquired the Vivian Maier negatives from the Jeffrey Goldstein collection.  This effectively protects them from the clutches of anyone in the Cook Co. IL government that had silly ideas of claiming copyright on them, and also facilitates their protection and continued showing via a legitimate gallery.  The interview on CBC radio is excellent, and it is quite interesting to hear from a gallery owner.  I have hope that the legal challenges will be tossed out or resolved soon so that we can all see more of Maier's work.

The Lomo LCA 120 camera is making the news. The Phloblographer has a review of it.  I like what I see so far, except for the price.  However, consider this -- the 38mm on 6x6 equals about 21mm in 35mm format.  The only 6x6 medium format camera with a 38mm lens is the Hasselblad SuperWide, a camera which I have actually used.  The Lomo LCA 120 is a pocket camera, has a glass lens, auto-exposure, and zone focus.  The Hasselblad SWC will set you back over $1500 for a used model, and it has nothing auto about it and does not fit into a pocket.  As street photography goes, I see the Lomo LCA 120 as a winner, and I sure wish I could get one to test out.  I was not enamored with my Lomo Belair, and frankly, was very disappointed with it.  The Lomo LCA 120 is a different beast.

Based upon the images I have seen and some other online comments, I believe Lomography has found a niche with this camera.  Anyone that loves shooting 120 film for street photography ought to rejoice.  It's not supposed to be a crappy  toy camera, and it fits in a pocket. It shoots very wide.  It has auto-exposure.  What's not to like? Just the price.  HOWEVER... it's actually in line, given the paucity of new film cameras.

The third thing I want to mention is that I found out last night that Camera Shopper is still being published.  For years, I picked up copies at camera shows in the Detroit area.  For those of you that have never seen an issue, Camera Shopper was a small publication that catered to collectors and always featured fun articles on classic and collectible cameras and accessories.  The buy/sell/trade ads were there, of course, but I really enjoyed the articles.  Then, with most of the shows gone, I had assumed that the magazine went under, a casualty of ebay and the web.  Not so!  It is still being published and a yearly online-only subscription is only $15/10 issues.  A bargain. 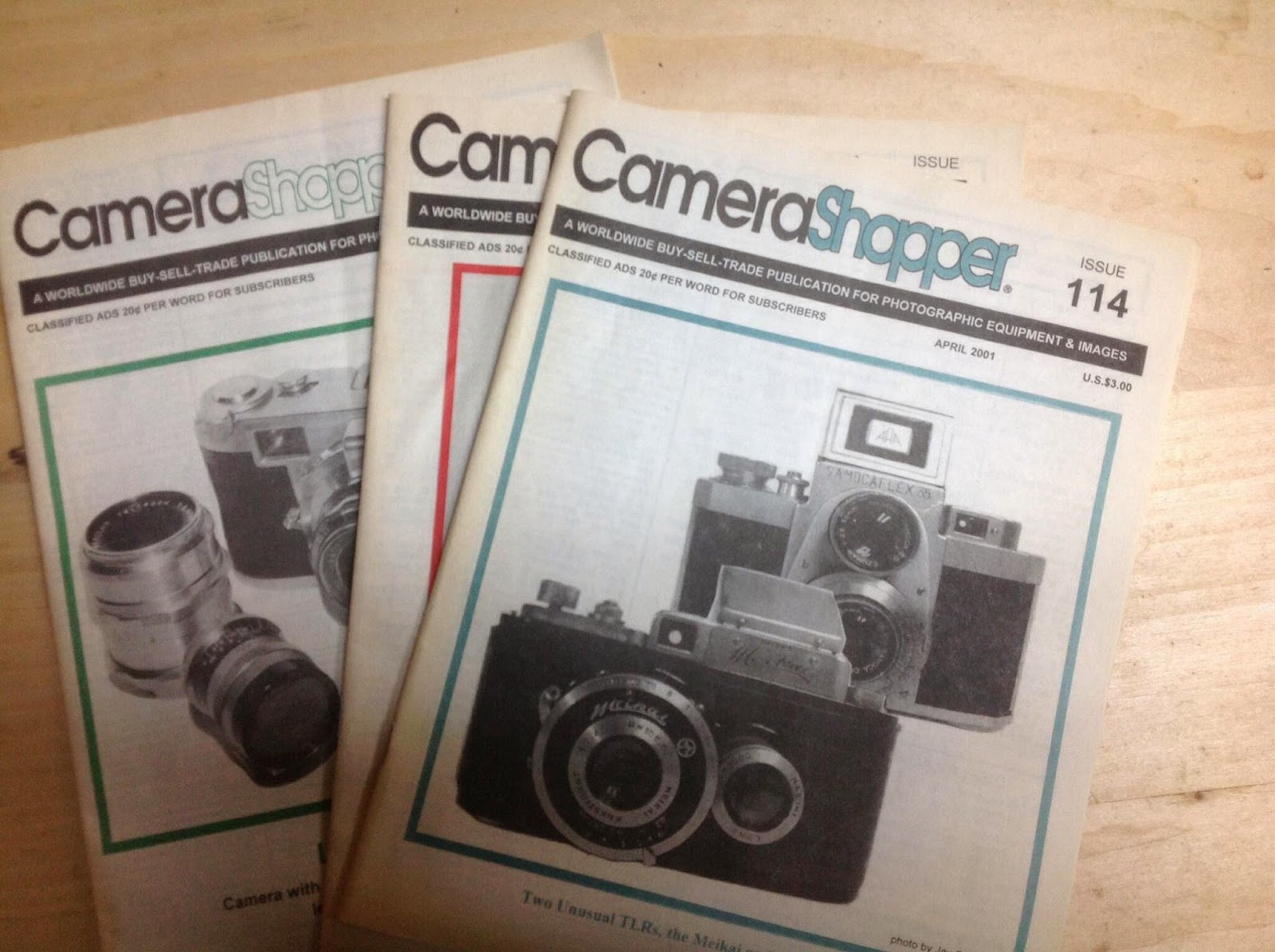 ...and the last thing... A wonderful overview on the history of the Eastman Kodak Brownie, and how it democratized photography is up on the BBC website.  Check it out!  I have owned a number of Brownies at any given time, and although the name kept being applied to more than cardboard box cameras, simplicity and utility was the hallmark of the cameras that bore the Brownie label.  I think they reached their apex with the Brownie Hawkeye Flash, a wonderful Bakelite-bodied camera from the fifties.