I celebrated my 56th birthday on 12-12-12 -- an auspicious date, seeing that I was born in 1956, 56 years before.  A friend gave me a gift certificate from Huron Camera, which of course, might possibly be the best place locally to have a certificate from (at least for me!).  I made my way over to Dexter, and as usual, checked out the "bargain bins" in the back of the store. In one of them sat an SLR camera that I have seen very few examples of -- a Mamiya/Sekor 1000 DTL.  Now, me swearing off buying another camera, especially an M42 mount SLR, went out the window when I saw that the cameras was only 10 bucks -- with a Rikenon 50mm lens.  I checked all the functions, and aside from the battery-less condition, it seemed to work just fine. When I was at the counter, I saw that they had a 55mm 1.8 Sekor lens that matched the camera (including the original cool lenscap) for $29.00.  So, I bought the lens, the camera, some Ektar 100 film, and spent my gift certificate.  When I got home, I read up online about the camera, and sure enough, the  camera uses a modern LR-44 battery!    I cleaned the terminals, put in a battery, and the meter worked.  That was a nice surprise.  I loaded the camera with some Tmax 100 and over the course of a week, shot two rolls. I developed them the other day, and am quite happy with the results.

What is so unusual about the Mamiya/Sekor  1000 DTL is that the metering has a switch that is either "S" or "A" mode - meaning Spot or Average.  As far as I know, it was the the first SLR to offer that feature.  There is a partially silvered area of the mirror where the spot metering area (CdS sensor) is located. The DTL literally means Dual Through the Lens metering. The metering is stop-down, and is accomplished by pushing the wind lever towards the body.  The metering is turned off by pressing on top of the round base of the wind lever, which releases the wind lever against the top deck of the camera. Pretty ergonomic, but certainly not obvious without a manual! Here is where I plug the Butkus web site.  If you download a manual from there, please donate to keep his site going.  The 1000 DTL was introduced in 1968, and my example is in really excellent condition.  You can read more about that line of cameras here.

While Mamiya is well known for their medium-format cameras, their 35mm models never gained the prominence attained by other manufacturers.  I think the lenses are very good, but the bodies may not be as robust as the Pentax Spotmatics that they competed with.  When other manufacturers went away from the M42 mount, Mamiya  later went with a bayonet mount, in the Z-series.  Those SLRs were quite sophisticated, but apparently not as popular as other brands.  Due to issues with a supplier, the series ended in 1984 with the ZE-X. Mamiya stuck with medium format, and were quite successful with their line of professional medium-format cameras.

Okay, on with the pictures! The following were taken at Matthaei Botanical Gardens on Christmas day. All are with Tmax 100 film, developed in HC110-B.  I used the camera's metering exclusively. 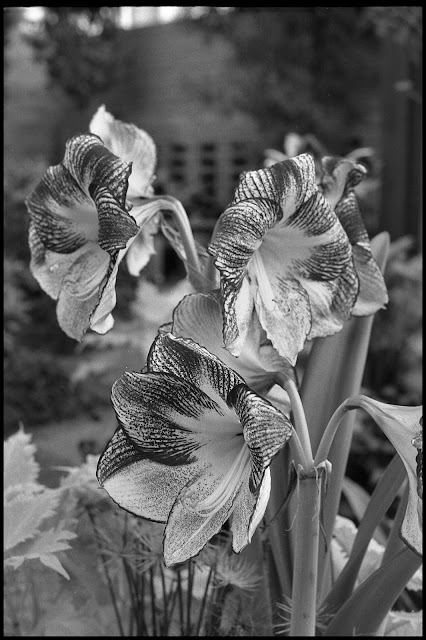 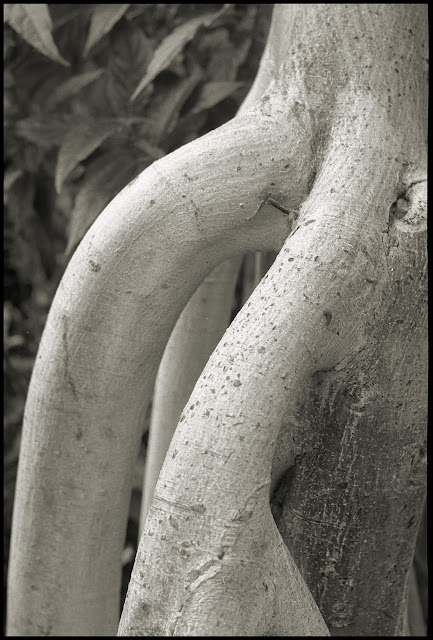 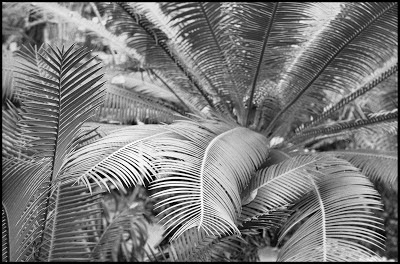 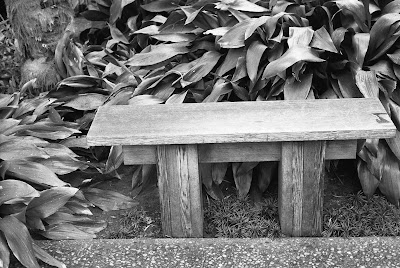 I am quite happy with the results, and the metering seems to be pretty accurate.  I look forward to doing more shooting with it, and maybe I'll find a 28mm Mamiya/Sekor lens for it.

Really nice work with this interesting camera. I see these on eBay from time to time so they must have been relatively popular.

Great shots. And specially the bamboo one great in subtile grey's and in composition.So I agree with Ansel Adams who said that the most important part of the camera is the grey mass just 15 cm behind the viewer. It makes 99% of the picture and the camera 1%.