I worked all day yesterday at the Michigan Photographic Historical Society's (MiPHS) sale tables, and sold a ton of stuff for the Society. I didn't venture out and about the floor at the Royal Oak Elks Lodge all that much, so I don't have a report on what interesting items were at the sale. I did however, stop at one table where the vendor had a box of several Praktica SLRs. These cameras were all made in post-war East Germany by K.W. (I'm not going to spell it out, but you can look it up), which was later absorbed into Pentacon VEB. The Praktica FX3 was made between 1956 and 1959, and lacks an instant-return mirror. It has a M-42 lens mount, and shutter speeds from B- 1/500 sec. As you can see here, it has a "waist-level" (WLF) viewfinder. Not the most Praktical way to photograph with 35mm, but it works. I decided that I had to have the Praktica, as they have always intriqued me, and it was in good working condition, or at least it seemed to be. The lens is a Carl Zeiss Jena Tessar 50mm 2.8.

Anyhow, I cleaned up the camera last night and took it out today and shot a roll of Kodak Gold 100. The WLF takes some getting used to (though my first SLR in 1974 was an Exa IIa, and it had a WLF), and I am sure bifocals don't exactly help. Of course, you have to wind the film to reset the mirror. One one hand, the WLF should be good for street photography, since it is not obvious what you are photographing. On the other, it sucks for vertical shots.

I dropped off the film earlier this evening at Walgreens, and picked up the CD an hour later. I'm impressed not only with the sharpness of the images, but my sunny-16 metering skills haven't diminished (ha! you say, yeah but it was C-41 print film...). I have a few other M42 lenses to try out with it, but the Tessar is a good lens to stick with.

A street vendor at the edge of campus. 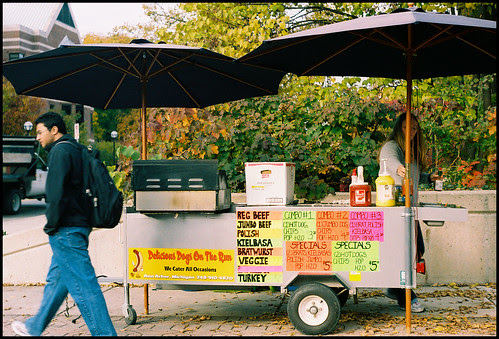 A Ginkgo tree at the Museum: 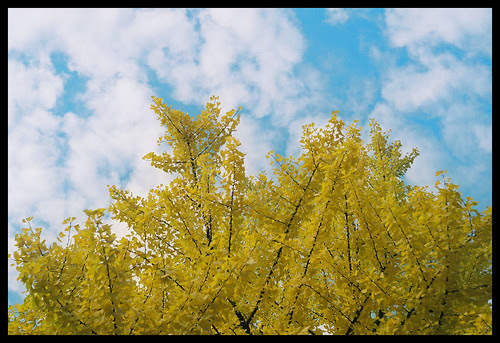 A look at Cobblestone Farm: 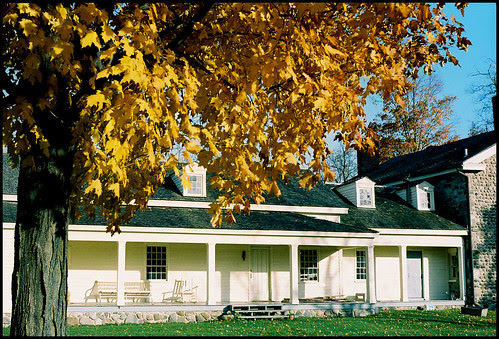 The front door there: 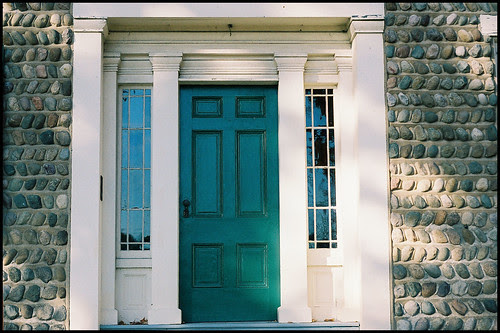 Overall, I'm impressed with the results. It'll be a challenge shooting with this camera, since the WLF does take some time to get used to and adjusting the focus really requires use of the pop-down magnifier. On the other hand, using f/16 and prefocusing for street photography should yield some interesting images.
Posted by mfophotos at 9:06 PM

I really enjoyed reading this. I picked up a mint condition FX2 a few months back and have had good success with it. The waist level finder is tricky but I discovered that it all works much better by using the magnifier.