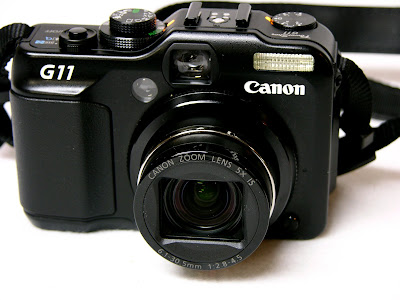 And so is the new Canon Powershot G11...

I have been looking for a new high-end rangefinder type of digicam. There are a lot of times that I don't always want to use a DSLR, or I am out shooting film cameras, and a pocketable digital camera would be a good asset. I used to own a Canon Powershot A570, and although there was much to like about it, it was a pain to use it manually, what with all the menus. On top of that, it was a small camera, and I found the small buttons a bit bothersome at times. In addition, the start-up was slow, and I eventually replaced it with a Fuji Finepix S700. I gave the Fuji away to a deserving photographer, and replaced it with a used Nikon Coolpix 8700. A good digicam for doing many things, but it's not really compact...and it's slow. I love it for doing ebay shots.

So, after I had sold off a bunch of photographic items, and amassed a nice Paypal balance, I started looking at reviews of higher-end point and shoots, as well as the new Olympus EP-1. I had forgotten about Canon's lineup. As tempting as the Olympus camera is, I don't like the lack of an optical viewfinder, and the camera and lens would have set me back $900. That's real money. Not as much as the drool-inducing Leica M9, but that's not even something I could aspire to afford. So, I started looking around a bit more, and the new Canon G11 really appealed to me. I liked the idea of it being only 10 megapixels, the flip-out LCD screen, the optical viewfinder, and the CONTROLS. Real twisty dials to set ISO, exposure compensation, mode, and the 28-140mm (35mm equivalent) zoom fits perfectly in most of my shooting. So, I ordered one from Beach Camera (and they take Paypal!), and it was at my door in 2 days, with free FedEx shipping! It came yesterday, and and after I charged the battery and reviewed the manual, I was ready to fire away.
First impressions:
This is certainly an expensive (for me) "point and shoot". At $499, it's obviously the top of the line in Canon's P&S stable. The difference between it and the Canon A570IS that I used to have is easily seen. There is a reason why the G10 became a favorite camera of many pros, and it's obvious that the G11 has improved on its predecessor. Canon did something almost unheard of -- they reduced the megapixel count from the previous iteration, and by all accounts I have read, it has increased the quality of the images at higher ISOs. So far, I have barely put 200 shots through the camera, so future shots will be taken at higher ISOs. 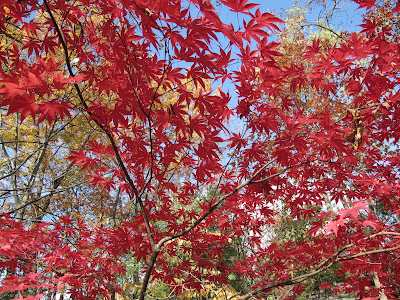 I'll be giving the camera a more thorough workout, but today, I took it on a walk in Parker Mill County Park and found it a lot of fun to use. Next time I'll bring a tripod to try out that ND filter the way it should be used... long exposures of moving water. 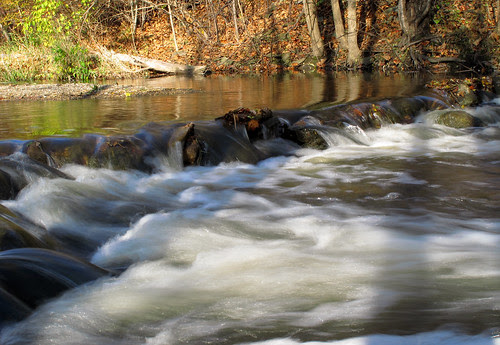 Posted by mfophotos at 7:08 PM

Oh wow that camera looks GOOOOD... need to think about trying one myself.

Use the D70s myself,also thinking of getting the G11. How much difference can you see with Canon 10mp small sensor apposed to Nikon APS 6.5 mp sensor.
John Carey

I bought the G11 for my wife, who wanted an easy-to-use camera with an optical viewfinder and a swing-out LCD that was viewable in bright light.