There are so many cameras that turn up for a buck or two at the thrift shop, and while I ignore many of the point and shoots, I'll occasionally buy one.   Last year, I picked up an Olympus Trip XB40AF Quartz Date 35mm camera.  It takes 2 AA cells for power -- the exposure system (however minimal it may be) and the flash need the batteries, and the film advance is also automatic.  Don't let the "Trip" designation trip you up.  White the original Olympus Trip was and still is an amazing point and shoot, the cheap descendants are not really noteworthy.  However, it's my duty to at least give one a try and report on my impressions.

The camera switches on when you slide the lens cover away.  The wide-angle 27mm lens has a maximum aperture of f/6.3, which is hardly a benefit -- so it's pretty much similar to the simple Vivitar PN211 in that regard.  I am not sure how much automation is in the camera -- The flash operates in all conditions, and there is no way to turn it off in daylight.   The shutter speed is 1/100 sec. for everything.  The true-image viewfinder is large and certainly easy to see through. There is a tripod socket. The film chamber reads the film ISO 100-400.   Obviously, when indoors, it would pay to use ISO 400 film for a better flash coverage.  The film is automatically rewound when the end of the roll is reached. I think the camera was introduced in 2000, near the end of the 35mm film point and shoot era, when digitals started to replace that part of the market.

So, I put in a roll of Svema 125 color C-41 film (my last, as it turns out).  Over the course of a year, I managed to finish the roll.  Mostly I used it while at Film Photography podcast recording sessions, since were are all close together, and the 27mm lens has a pretty wide field of view.

I finished the roll in March, and home-developed in the Unicolor C-41 kit.  The Svema films lies flatter in the scanner than a woodchuck on the expressway.  Here are a few examples from the camera. 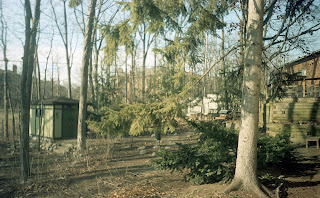 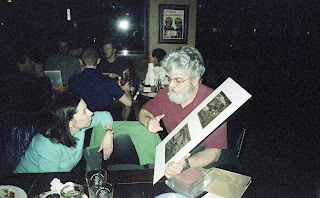 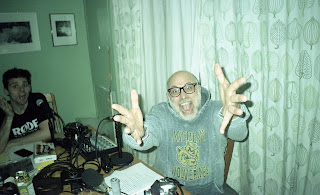 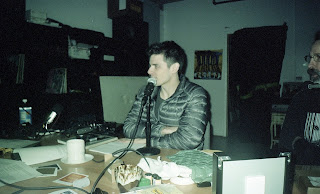 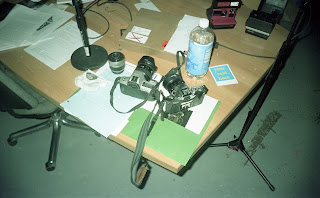 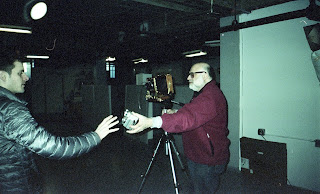 So, how did the camera fare?  Considering that it's merely a cheap P&S without any sort of control, it did about as well as any wide-angle single-use camera.  The Trip on the name is a reminder that it's supposed to be used wherever you go.  However, it's not  that the camera is bad, it's just not worthy of the Trip branding.  It's certainly worth a buck, and will give adequate, but not super results - and better than say, a Diana 35mm.   Oh, and no I didn't activate the Quartz Date back.  That's just not needed.

Posted by mfophotos at 2:46 PM