A Look Through the Konica EYE 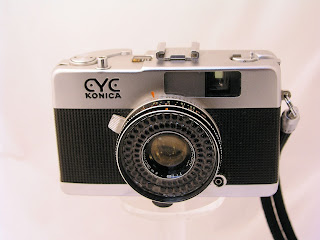 Half-frame cameras are few - and while the Olympus Pen models usually come to mind, other manufacturers produced some as well.  There was the Canon Demi, The Ricoh Auto-Half, The Agfa Optima Parat, the old Univex Mercury II, Yashica Samurai, The Soviet-era Chaika-2, and then, there was also Konica, with several models to choose from including an SLR that featured full and half-frame settings. I used to own an Olympus Pen D, but I rarely used it, and sold it after a few years -- long ago. It was totally manual, and it seemed to take forever to finish a roll of film.  Of course, there are other half-frame cameras out there that I have not mentioned, but Google is your friend.

Half-frame cameras use 35mm film, but the negatives are 18x24mm, rather than 24x36mm.  Half-frame images are the same as the cine-film area.  So, a roll of 24 exposure-film will give you 48 half-frame negatives.  For cost-conscious photographers, half-frame is indeed a money-saver. If you had an Olympus Pen F SLR, you were carrying quite a good bit of photographic equipment.  It also allowed for making some quite compact rangefinders and zone-focus cameras.

I recently obtained a Konica EYE, and the logo on the front looks like a text emoticon.  The camera has a clean design, not unlike an Olympus Trip 35, and has some nice features.

The model I have is the EYE version 2, produced in 1964. I quickly figured out its quirks and loaded a roll of Eastman 5222 b&w film into it.  You push a tiny button underneath the rewind arm to pop open the back.  Very interesting feature.

I took the Eye out with me on Sunday -- it was a cold and windy day, but I managed to shoot nearly an entire roll before I called it quits. I could sense that the winding was having some problems -- as in perhaps tearing sprocket hols and overlapping frames. However, I persevered, and it went back to normally advancing the film. Other than that, the only thing I had to remind myself to do was to set the focus to the proper range.

I developed the film in D-76, in a 1:1 ratio with water for a 10 minute developing time.   That usually works out well.  Looking at the negs, some looked over-exposed, and of course, there were a bunch of overlapped frames, just as I suspected.  Most of the images look pretty good, and I will try this camera once again with some different films. Since I roll my own cassettes, I will make them 30-frame rolls instead of 72!

Here are some of the images - all taken on the UM campus. Overall, I am pleased with the results, and maybe I'll try some TechPan another time for nearly grain-less images. 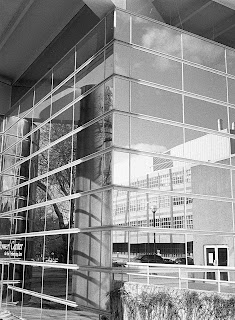 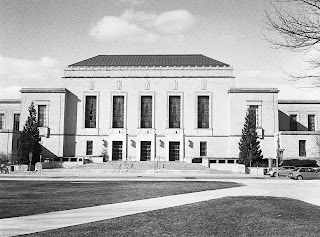 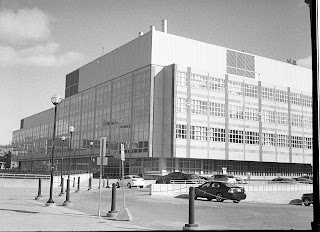 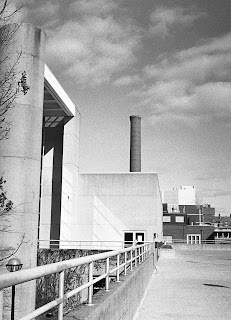 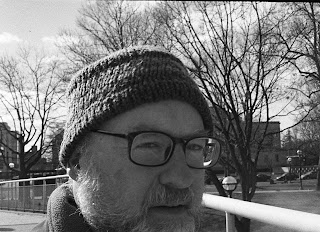 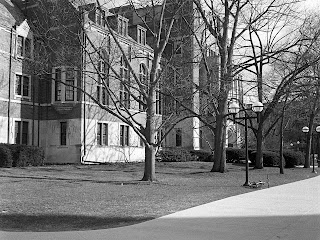 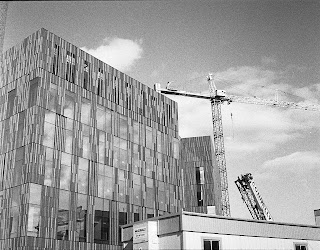 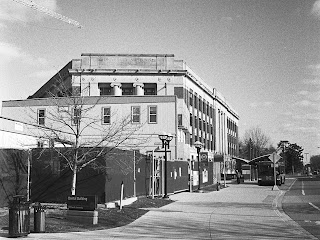 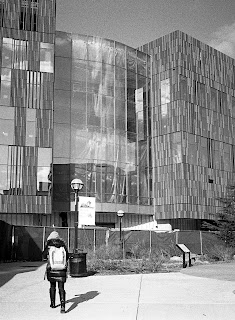 Posted by mfophotos at 9:51 PM