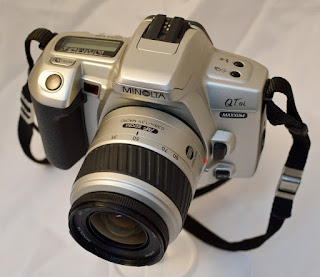 A few weeks ago, I posted about my thrift shop purchase of a Nikkormat FTN and a Minolta QTsi. Since then, I have shot one roll of film in the QTsi, and can now say a bit more about the camera.
If you are looking for a camera that you can control to whatever level you need to allow your vision, this camera is not it.  BUT, if you want a P&S camera that has the ability of an SLR to accurately frame an image and focus on the subject, the Minolta QTsi may be the camera for the job.

The Minolta Maxxum series of cameras started with the Maxxum 7000 in 1985.  It was the first AF SLR with an in-camera lens motor, and started the A-mount series of lenses with contacts in the lens mount to control the lens from the body of the camera.  Other manufacturers shortly followed up with their own models.  It was also the end of Minolta's manual focus SLRs, with the last model being the X-700.  As Minolta progressed with the Maxxum line, they also changed the hot shoe flash connection from the ISO standard shoe to a proprietary Minolta mount.    In Europe, the Maxxum line became Dynax, so the Maxxum QTsi is the Dynax 303si.  Minolta made some great Maxxum camera bodies, as good or better than anything from Canon and Nikon, and certainly better than Pentax. However, their lower-end models were mostly plastics, just like the Canon Rebel series, and over time, Maxxums were never as popular as the big two.  The Maxxum 9 and Maxxum 7 models are amazing SLRs that never achieved the hoped-for market share, as Nikon and Canon were getting most of the business.  That brings us to the QTsi, which appeared in 2000, just at the dawn of the DSLRs.

The QTsi was an attempt to produce an SLR that your grandmother could use, if your grandmother had only used an Instamatic, that is.  But rather than belabor its target audience, I'll look at what makes this an ideal camera for anyone that wants to get a photo without fiddling with controls. Compared to the typical P&S with a small aperture, and slow zooming, the QTsi came with a 35-80mm zoom with a variable-max aperture of f/4- f/5.6, which is certainly comparable to the kit lenses on cameras from the big two.  You can control the flash setting, the program mode, self-timer, and AF or M focus, and that is about it. No aperture or metering shows in the viewfinder, just a green dot for focus confirmation.  A perfect camera for the kids, by the way.  It's lightweight, easily handled, and accepts any Alpha (A-mount) lens.  So, I guess if you could pair the body with a 50mm  A-mount lens, it would be one of those cameras that would be great for street photography.  Just whip it out and shoot.  You can find the manual for the camera here.


I put a roll of Kodak 200 color film in the camera and shot the roll within 24 hours.  I processed the film in the Unicolor C-41 kit (sold by the FPP store), and herewith are the results from the scans off my Epson V700. 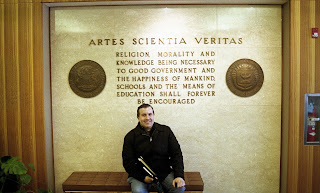 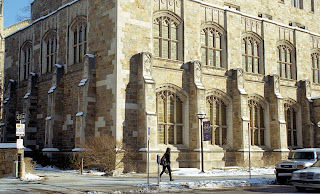 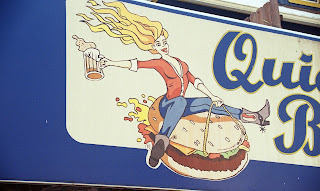 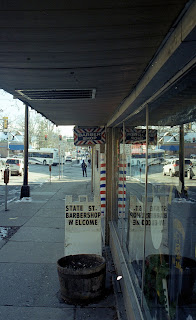 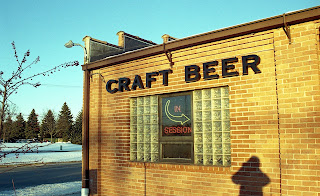 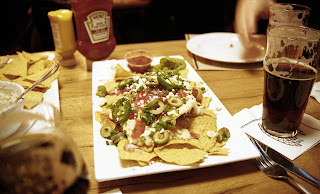 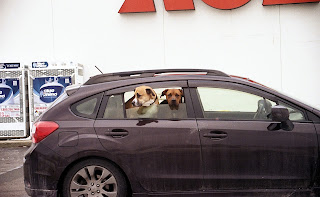 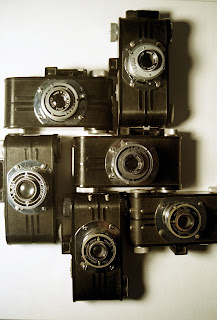 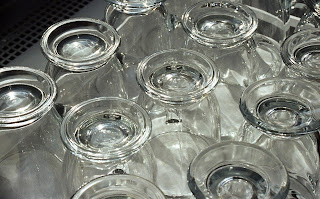 I can find no fault with the metering or the focus, and every shot was as good as I could expect.  Like any p&s camera, you do give up some creative control in terms of depth-of-field, aperture priority, etc.  However, if those are not of concern to you, this camera deserves a look.  Yes, I paid $4.50 for the one I found, and there are lots of them around, often without lenses.  They take an easily found battery, and require 2 CR-2 cells.

I bought a similar Maxxum for a friend once, an XTsi I think, and it was similar. It was a fun little shooter, actually.