Results from the Autoreflex T

In the previous post I explained my recent acquisition of a Konica Autoreflex T SLR.  I finally finished off the roll of Arista Premiun 400 and developed it in TMax RS developer.  Just looking at the negatives as they dried, told me that the metering was good - at least good enough.

One of the problem with many of these older cameras is that they required 1.35V  Mercury cells for the meters.  Fortunately, I can use Zinc-Air cells in this model without any adapter, and their voltage is plenty close enough. On top of that, some meters lose sensitivity at low EV levels, so while they may function well in daylight, the metering goes to hell in a room. Or, the meter may be non-functional due to corrosion, old solder joints, aged components, etc.  Picking up a camera made in the 1960s and expecting it to work like new seems to be a quality found only with photographers.  Even purely mechanical cameras can have problems caused by old seized lubricants, bad materials used in manufacturing, and things do age.  I know I don't work quite as well as I did 40 years ago.  This particular Autoreflex T seems to work fine, but I still think the metering is a bit suspect indoors.  However, since the shutter speeds are not electronic, I can always shoot in manually, instead of in shutter priority mode.  It certainly has a gratifying solid-sounding shutter and is built very well.

I shot some photos while out in the cold winter temperatures that we have been enduring for the past few weeks in Michigan.  Black and white film is great for winter, especially for subjects that have great contrast, such as snow and anything not snow.
On Jan. 18, my friend Cheryl and I checked out the Huron River near Zeeb Road.  There is a nice trail to some nice riffle areas, but i chose to shoot the more placid upstream with its reflections and ice flotsam coming down towards us.


It was only about 15°F, but for some reason I cold chilled more quickly than usual, and Cheryl's Nikon FM2N decided it didn't like the cold either.  I had also brought along my Nikkormat EL, and it too, decided to stop working in the cold! 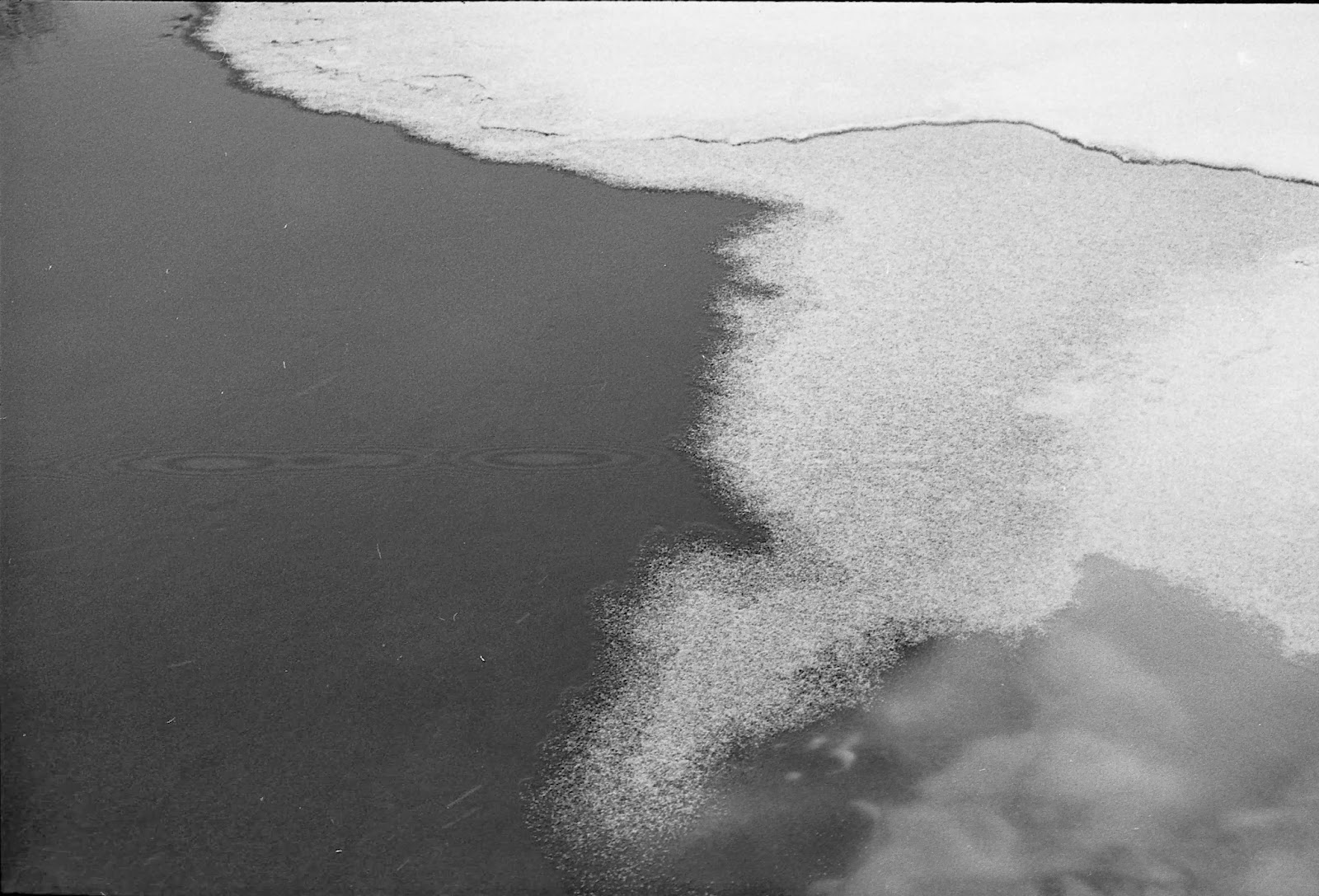 I am pleased with the images that I got with the 40mm 1.8 lens.  It seems quite sharp, and I look forward to shooting more with it.

Is the Autoreflex series a good buy?  Back in the 1960s -1985 or so, there were a lot of different SLR brands.  Some makers, such as Nikon , Minolta, Canon, and Pentax were able to retain their following and incrementally improve their SLR bodies and features.  Konica, Yashica, Olympus, Topcon and Miranda all had some outstanding cameras with great glass.  None of them survived as top SLR makers after 1990.  Well, Yashica did, only because of the Contax contract.  Konica's last SLR was made by Chinon, though the Hexanon lenses were probably made by Konica.  Because the AR-mount lenses are so good, they often command a higher premium with people using them on mirrorless cameras.   If you find a good used Autoreflex T or T3, or even a TC, go for it.  You should be able to pick one up in the $30 and less range.

As I stated above, older cameras with an unknown history may need to be cleaned, calibrated and freshened up with new mirror foam and door seals.  Most of the Autoreflex cameras required Mercury cells, too.  It's up to you whether or not a CLA costing about $70  is worth the trouble for a camera that you paid $25 for.  On the other hand, if the cosmetics are good, the mechanics are sound, and you want a reliable shooter, look into the Konica Autoreflex series.