I have been fairly quiet on the blogging front, as I have been preoccupied with getting another 'zine ready. Monochrome Mania #3 is ready to go to print, and it just happens that I left out one camera from my selection of lo-fi cameras in the issue. I ended up buying a bunch of 620 cameras while preparing the material for the next issue of Monochrome Mania. Some of them were models that that I had owned at one time, over a decade ago. I wanted to be be able to photograph them all, as well as run a roll or two of film to see the results with a more nuanced eye than I would have had back then.  One thing I noticed right away, is that while some manufacturers kept putting the same camera out for years with nothing more than cosmetic changes (i.e., the Spartus Full-Vue), others, such as Kodak took a basic design and changed it up a bit, and gave it a different name with each iteration.  Such is the case with the Brownie Reflex 20.  I previously wrote a post about the Kodak Brownie Twin 20, which I found to be easy to use, and produced satisfactory results. The Brownie Reflex 20 is pretty much the same camera, but with only a nice bright waist-level reflex viewfinder. This faux-TLR features the same EV aperture selection, one shutter speed, and body shape and controls as the Twin 20.  The brilliant viewfinder is easy to use, and I think makes it a better "user" than the Twin 20. 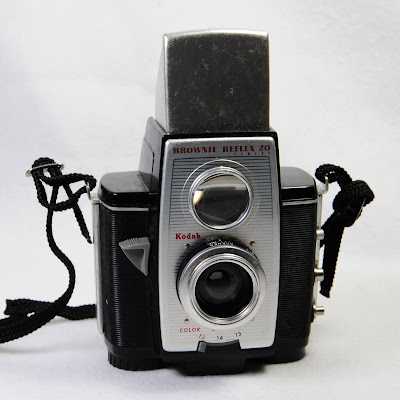 If you are out and about in the eBay Universe, or maybe your local thrift store, you should also take a look at the Kodak Brownie Flash 20 or the Brownie Flashmite 20. Again, these models have identical controls as the Twin 20 and reflex 20 cameras, but incorporate an eye-level viewfinder and a built-in flash, with the Flashmite 20 using a small AG-1 flashbulb, and the Flash 20 using an M8 bulb. The keyword in looking for these cameras is the "20" designation, which means they use 620 film.  Of course, you can respool 120 to 620 spools giving you a broader selection of film. The EV markings are equivalent to f/11, f/16, and f/22, all at about 1/100 sec.  I found that I could use the same 33mm Series VI filter adapter that I used on the Twin 20, so I presume that holds true for the other two models mentioned here.  These cameras are not to be confused with the smaller Kodak 127 cameras that look similar, such as the Starflex, Starmite, Starflash, or Startech.

Using the Reflex 20 was the same as the Twin 20, except for the fact that the brilliant reflex viewfinder made composition easier and goes well with the placement of the shutter button.

I loaded some respooled Tmax 100 that was about 20 years expired, and developed in in HC110B for 6 minutes. Results were excellent!  The Tmax 100 had been refrigerated for most of its life, and is a perfect film for these cameras.  I basically shot most of the 12 exposures walking around the Vance monument in Asheville, NC.

Overall, I'd say this this is my favorite Brownie-labeled camera, a notch up from the Brownie Hawkeye, with better ergonomics and some means of exposure control and zone-focus.  The Brownie - 20 series cameras were made from 1959 to mid-1960s,and I feel that the Reflex 20 is the best of the bunch. All four models take 6x6 cm negatives on 620, have the same zone-focus and EV aperture settings, but the Reflex 20 has the best viewfinder and a separate flash unit that most people will never use, anyway.  Drop in some 100 ISO film and you are ready to go.

Here are a few images.  Those lenses are actually quite good, in comparison with a Holga or Diana. 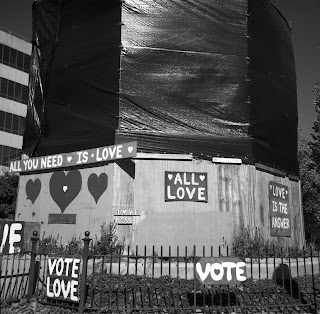 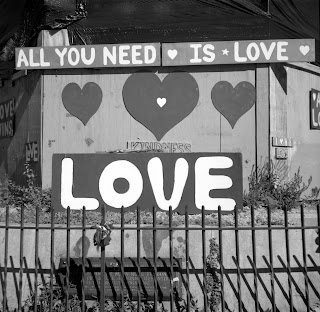 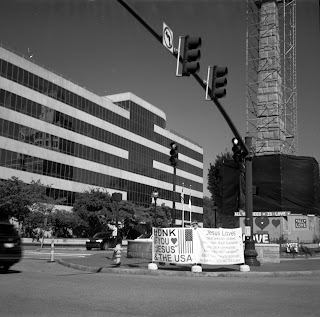 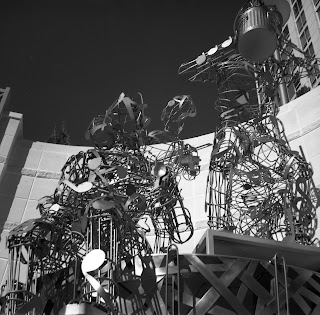 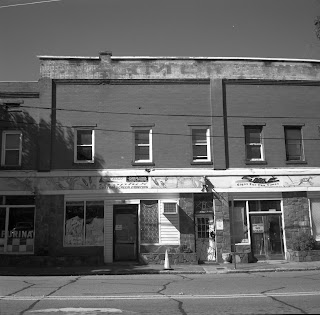 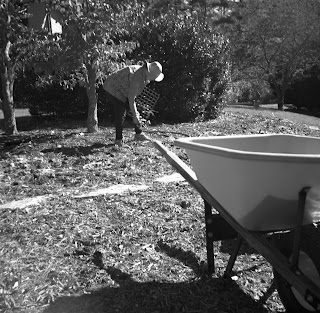