It's the Holiday Season

Now that I can develop my own C-41, it's given me the chance to catch up on some larger roll-film developing, and this roll of Kodak Portra 160 that was respooled for 127 had been sitting on my shelf since after World Toy Camera Day (back in early October).   I shot it in a Kodak Brownie Holiday Flash, an unassuming little Bakelite camera that has been sitting on my shelf, as well. As far as 127 goes, it's a full-frame model, meaning that the negatives are ca. 4x6 cm, giving 8 shots per roll. This camera has a Dakon lens, so it was manufactured  between 1955 and 1963.
I didn't know what to expect from this little camera, but I took it out for a walk to peach Mountain Observatory near Dexter, MI, and it turns out that it may have given me the best images for WTCD that I've taken in a while.
It certainly qualifies as a toy camera, as there is only a shutter button for control.  That's as rudimentary as any box camera.  The Holiday Flash Brownie also has a glass cousin, a Christmas tree ornament that I bought about 5 years ago. It's one of 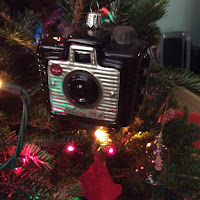 my favorite ornaments, and looks very much like the real thing.
So, I developed the roll of Portra today, and I was astonished at how good the negatives were.  I don't have any film holders for 127, so I simply used the area mask in my V700 scanner, laid the negs emulsion-side down, and covered them with a sheet of 8x10 glass to flatten them out.  I had to tweak the orientation a bit, but overall, the scans came out quite good.  Peach Mountain is mostly UM property, and there is a radio astronomy observatory, as well as a Lowbrow Astronomers Observatory with a 24" optical telescope, and an abandoned UM observatory. All make for some interesting images.  The sunny day and open shade did not thwart the Portra 160's latitude.  I can see why this film was used in school portrait cameras, which is where the bulk rolls of Portra 160 come from.

Here is a screen capture of the negatives, followed by some of the scans. 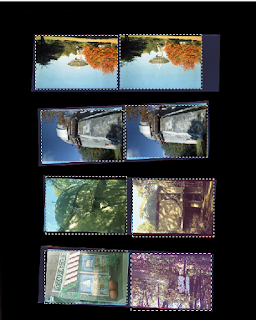 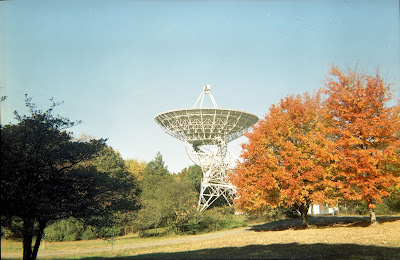 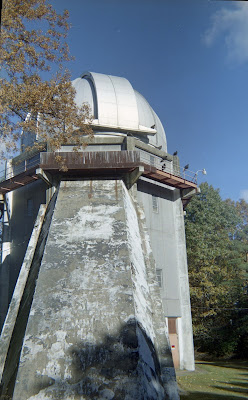 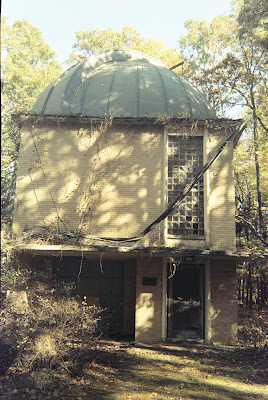 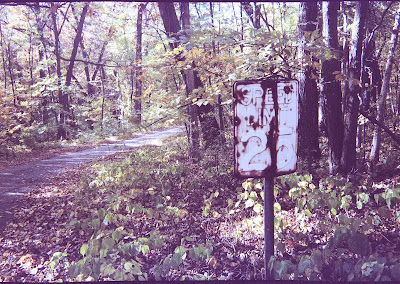 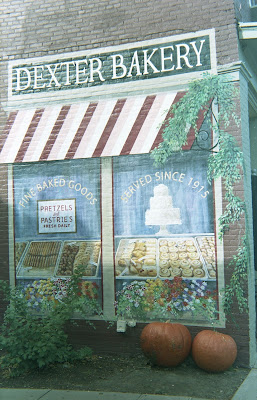 Wonderful! Now you have me wanting one of these box cameras.