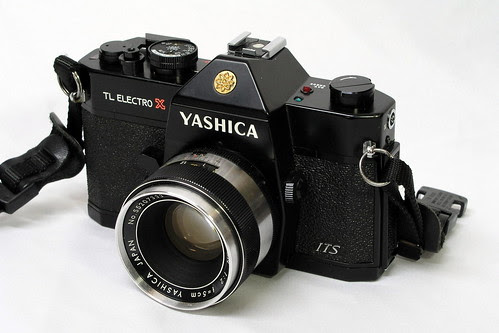 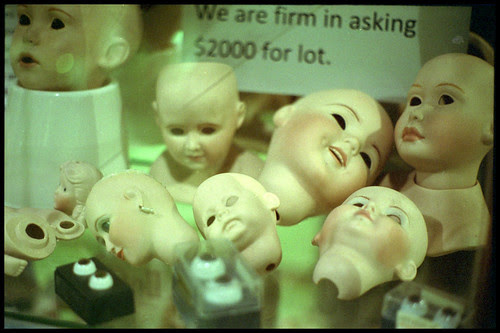 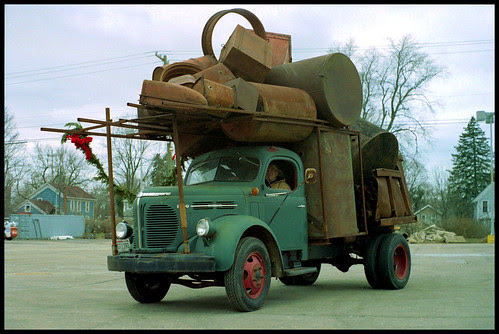 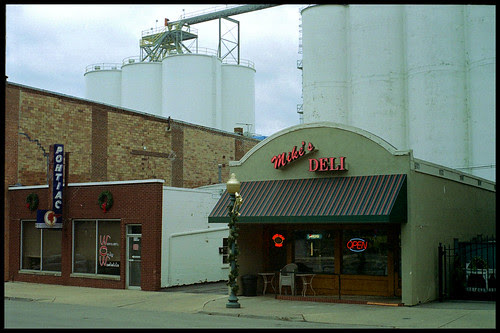 Posted by mfophotos at 9:39 PM

The photo's look marvelous. Of course its also equipment but mostly the person behind it .

The camera's operation sounds quirky -- just how I like 'em.

I dig the Pontiac sign in the third photo. The REO ain't bad, either! Everything seems to have a greenish cast -- is that the film?

Thanks, Jim! I am not sure of the greenish cast is caused by the film or my scanning. The doll parts were shot under indoor lighting (fluorescent) so that would explain that one.

S.C. -- thanks. I will have a better feel for the camera after a few rolls have been run through it.

Good to see someone who still use film cameras and film. You are one of a dying breed. Love your blog. I find it very informative, interesting and educational. You feature and mention cameras that I have never heard of.

I like your Speedwagon very much. Rusty things on the wagon is the interesting part of the photo.. Nice.

An Electro X was the first SLR that I got back in 1974. I still have it and it works fine. I imagine you'll get a lot of good use from this camera.

I came across a yashica TL electro today and can't wait to shoot with it. Thanks for the informative and entertaining blog about your experience. I have to go to radio shack now to grab a battery . I just started in film and processing it at home in my tiny bathroom and find it fascinating!! Thanks again and keep blogging! Julie