October Splendor in the U.P.

I was in Marquette from Oct. 6-9, in the midst of a heat wave. It was something having temperatures around 80, and for the first time, I wished I had brought shorts with me. I have been there in mid-summer when it was cooler. However, it was nice having such fine weather without biting insects, and the angle of the sun made for some awesome shooting. The leaves were almost at their peak coloration, but I think the prolonged dry spell muted the colors. I was able to get out and do a bit of shooting, and mostly used my recently-acquired Nikon F100 and my Hasselblad. The Canon G11 got a pretty good workout, too, as it is prefect for hikes in the woods when I don't want to be burdened with a lot of gear. I always like to visit Presque Isle Park in Marquette, and I am never disappointed with the potential for good shots there. The more I visit it, the more interesting angles and viewpoints I see. 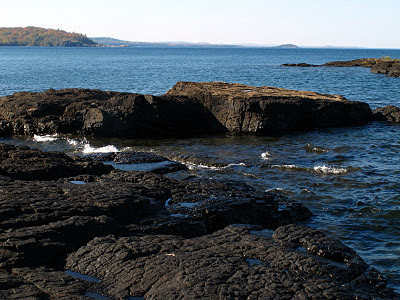 The Black Rocks -- the oldest rock in Michigan.

The last time I was there in late August, I photographed a wonderful sunset, and that's one of the really attractive aspects of being on the shore of Lake Superior - the skies are often just plain awesome -- whether day or night. It's a real change being away from the city lights, and the plethora of jet trails that we have downstate. Sunsets can seemingly go on forever, when you have the lake as the horizon. This time though, I captured a sunset while walking the trail back to the place we own in Harvey. It was a delightful sight. 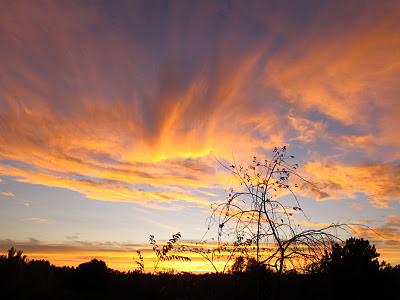 Adrienne and I explored a bit E of Harvey, on DNR land off Kawbawgam Trail -- there you'll find some pine plains with lots of blueberry, which was turning scarlet - making for some scenic roadsides. I shot that area with my F100, and will get negaatives scanned in this weekend from that trip. On Saturday, my daughter Jorie and I drove over to Christmas, which is just W of Munising. There, we met up with a bunch of APUG photographers, and explored the sandstone cliffs that are just off 5-mile Point Road. The drive in on the dirt road was a little wild, and when Jorie and I finally reached the parking area, we were stunned by the landscape along the shore. 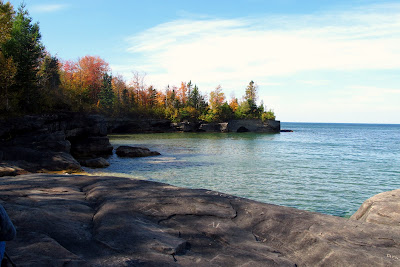 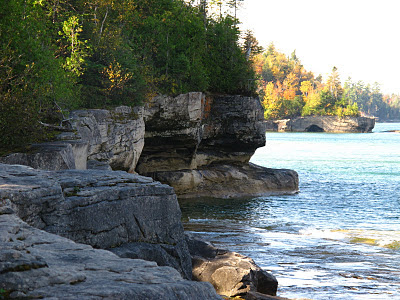 Of course, just as I wanted to shoot more of the scene there, the G11 battery died, and I had forgotten to charge the second battery. Therefore, most of the shots taken there were with the Hasselblad and the F100. Good for film! The 'blad does not need batteries. I'll know what I got from the hassy this weekend when I develop the film. The rocks there often slope very subtly into the lake, and as a result, there are many really accessible places that let us get right down to the lake, and we saw some really neat little "pools" in the rocks that were filled with crystal-clear water. 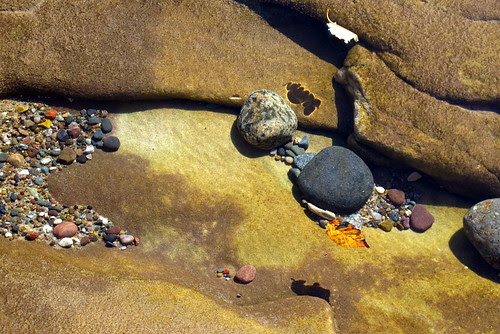 It's definitely a place that I want to visit more than once.

On the way back home, Adrienne and I stopped at AuTrain Bay, which has a great sweep of sand between the outlet of the AuTrain River and Lake Superior. It's the first time that I have shot there, and the light was again, really nice. 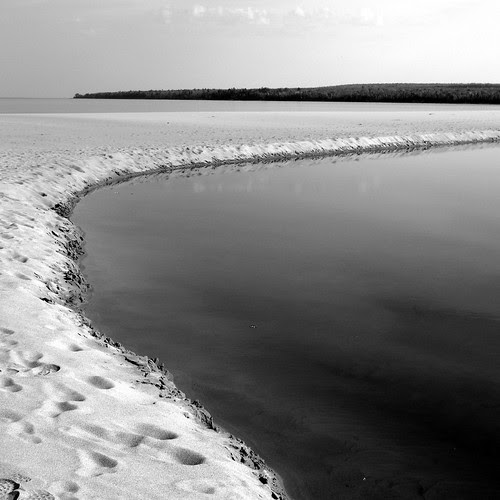 It's always a creative boost for me when I visit the UP. It's hard to leave for home.

Nice article and excellent pics, Mark! Glad you & Jorie were able to meet up with us.

Marc - I too, am very pleased we found the spot where you guys were at. Thanks for the comments!