Revisiting 110 film with the Pentax Auto 110

It's been over a decade since I have shot any 110 film.   My first 110 camera was most likely an Estes Astrocam 110, which I managed to launch enough times in the mid-1980s to get the entire roll exposed without losing the rocket or crashing it.   In this post I am also incorporating some images from my long-defunct 110 photography web pages from 2004 that used to be hosted at the University of Michigan. 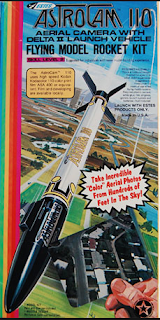 At one time, in the early 2000s, I had a bunch of 110 cameras that I played with,  and I especially enjoyed using the Minolta 110 Autozoom. When the supply of the film became unreliable, I sold them all off on ebay in 20009. 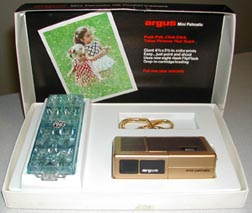 The Ektralite series from Kodak had an electronic flash

When it was introduced by Kodak in 1972, the 110 Instamatic was designed to be a sleek pocket camera that was basically a miniaturized 126 camera. Using 16mm film, the negatives are 13 x 17mm, with the single sprocket registration similar to the 126 cartridge design.  Because it was 16mm wide, existing equipment could be used for developing.  Kodak's 110 cameras, much like their 126 cameras are mostly small box cameras with few adjustable controls.  Many cheap plastic designs by others were on the market, and the Argus Mini-Palmatic is a good example of an inexpensive 110 camera.  The worst 110 cameras, in terms of quality are the tiny keychain cameras that basically just wrapped around a 110 cartridge.  They still turn up on eBay.  I have used them, and you could call them the "Diana of the 110 cameras,"  until Lomography brought out a Baby 110 Diana, that is.

When Kodak introduced the Pocket Instamatic in 1972, it also released a bunch of film stocks for it - Kodachrome 64, Ektachrome X, Kodacolor II, and Verichrome Pan film. While I don't recall ever seeing any slide films in 110 (Kodak ended the Kodachrome 64 in 110 in 1982), Kodak did make a slide projector for the format (the Pocket Carousel Projector), and they turn up every now and then. Standard 35mm slide holders also had 110 format masks.  For the average snapshooter, it was color and then b&w negative film.  It is rumored that Lomography's Orca 110 b&w film is Verichrome Pan. I have no documentation for that. Fuji made 110 Superia 200 film until 2009, and that's when I sold my lot of 110 stuff.


With a small negative size, it's imperative that better-quality optics are in front of the film, and for that reason, it pays to go with a more expensive 110 body.  I really enjoyed using the Minolta Autopak cameras, and the results from them are quite good.  Rollei, Canon, Pentax,and of course, Minolta made 110 cameras that very good.  I really liked using the Minolta Autozoom 110  SLR, and fitted with a close-up lens and external flash, I could achieve some pretty nice close-ups of flowers with it.  Alas, I sold all of my 110 cameras off and left the format behind.  When it was resurrected by Lomography in 2011, I just said, "meh."  I left it for others to have fun with it.  I was not interested in a Diana 110. 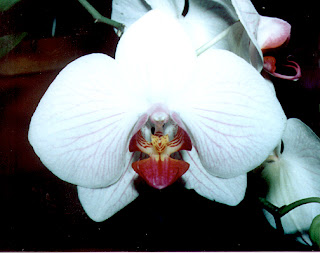 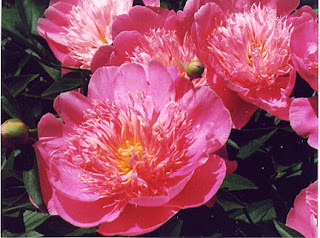 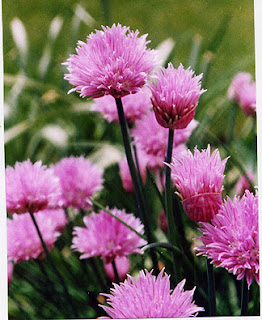 In January, Mike Raso passed along a Pentax Auto 110 camera to me.  I had never owned one of them, and of course, after recent FPP podcasts on subminiature cameras, I felt it was time to revisit the format.  I always thought the Pentax Auto 110 was a lovely little SLR.  It was a complete system with different lenses, flashes, and other accessories.  While the Minolta 110 Auto-zoom was also an SLR, it was held more like a hamburger than a SLR, and is larger than the Pentax Auto 110. I was pretty excited to try it out, and after putting in fresh button cells, I loaded a Lomography Orca 100 b&w cartridge and gave the camera a try.  I had to remind myself that two strokes advance the film and cock the shutter, but it is a real, albeit tiny, SLR!


The 24mm f/2.8 lens is the "normal" lens for this format, and I love using it.  As a "street camera" it's so small and toy-like that nobody will take it as a serious camera.  It's small enough that it might be mistaken for a digicam. In fact, it's not too different in size from the Pentax Q mirrorless ILC. I had the flash on for some indoor shots, and it worked great.  On the street, I like how it fits in my hand and basically have it set it at infinity and shoot. I'm not going to go into more detail on the Pentax Auto 110, as the wikipedia page has all of the information.

After I finished the roll, I had planned on developing it myself, but as I am in the process of getting our house ready to sell, I have packed away the 16mm reel in a box somewhere.  So, I sent the film to The Darkroom, and asked for enhanced scans and prints.  After all, I want to see the prints from this camera.  That all adds up, of course, and I plan on eventually doing it all myself.

Results - Many of my images had odd speckles in them, and I think that's due to the paper backing letting in light.  I have put black tape over the window for the remaining frames on the current roll of Orca 110. The images were good otherwise, and most of my street shots looked great.  I am looking forward to shooting more with this little gem of a camera. 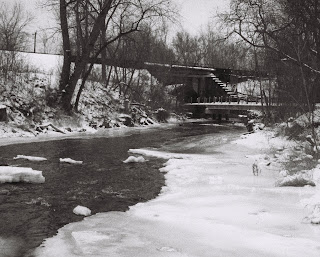 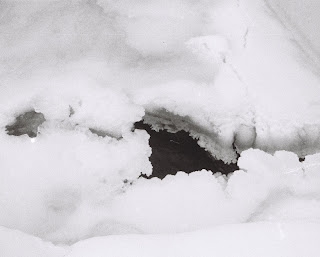 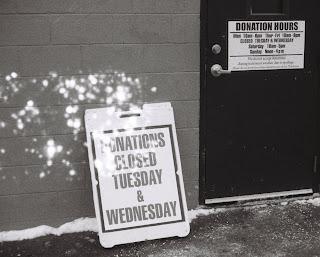 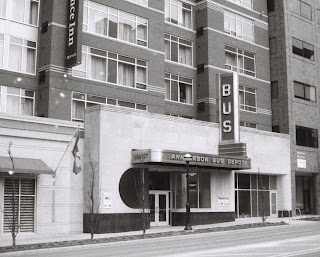 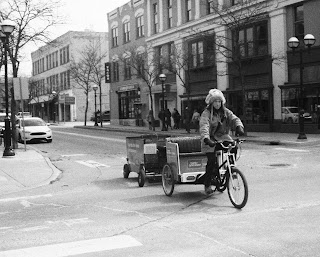 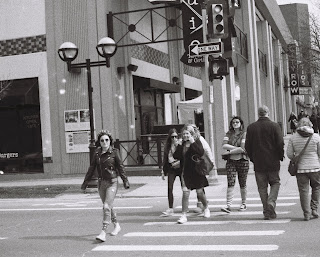 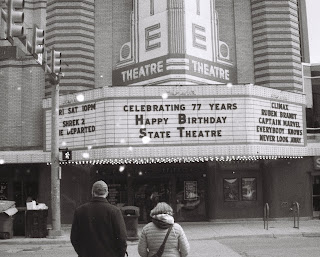 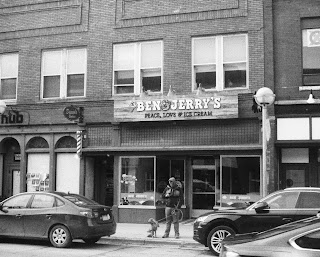 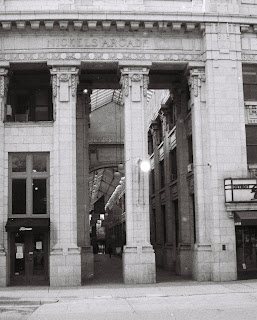 So, are you ready to go out and shoot some 110 film?  A few years ago, I would have said good luck finding film for it. Now, with Lomography's 110 film offerings, and The Film Photography Project Store's new Fukkatsu B&W 100 and Fukkatsu Color 400  110 films, you can get out your 110 camera and shoot fresh film with it.  No more lurking in the eBay fringes, grabbing some long-expired Walgreens-branded 110, or some ancient Kodak Gold 100.  Now, you have more options for 110 than in 2004.
Lomography 110 films:
Film Photography Project 110 film- Just released (04/03/2018) - The FPP purchased a huge lot of the only known enigmatic Fukkatsu (in Japanese, meaning revival) film stocks!  Now available ONLY at the FPP store.
I plan on trying out the Fukkatsu films as soon as possible, and will report on them.  Read the FPP link above to find out more about the amazing story of the Fukkatsu film!

I shot with a Pentax Auto 110 at the 2015 San Clemente FPP event. I noticed those same specks and assumed it was some flaw with the camera, but I did not try to cover the back of the camera and see if that helped.

I am pretty sure that it's the little window showing the frame number. In reality, you don't need to see it, since the cameras automatically cock the shutter and advance to the next frame. I have seen samples from others. and it's definitely the ORCA backing paper, and I would also tape over the window for any of the Lomo films, just in case.