It’s interesting how one changes an opinion about a camera over time.  What was once considered a modest point and shoot camera that was neither full-featured nor extremely compact, now is a desirable camera that has a good lens, and is possibly a “sleeper” in terms of being a street photography camera.  Such is the case with the Minolta Hi-Matic AF2!  I had one of these cameras come my way over 20 years ago, and did not think much of it.  It certainly was not as good as my SLR, and I wanted a camera that would allow me to have CONTROL over what I was doing.  Point and Shoot was not what I was looking for at the time. 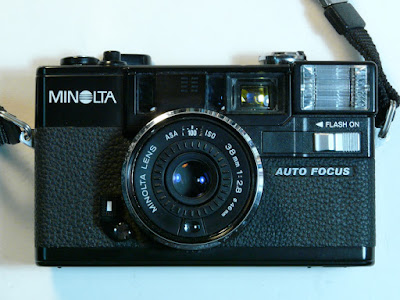 Now, it’s 2018, and cameras like the Minolta Hi-Matic AF2 are in demand by people that want a camera that fits the street photography ethos - not threatening, no flash unless you really need it, and relatively quiet.  A good lens is a bonus.  No DX coding, so that you can use weird films, and your home-rolled stuff.  The ability to use a filter, and a not-quite-wide but not-really-normal lens that gives you a bit wider view.  No motor drive to make noise.  Easy to hold in the hand.
That pretty much describes the Minolta Hi-Matic AF2.

This Minolta AF2 came my way as a “not quite working” donation to the FPP's school donation project.   Any cameras that we send to the schools have to be fully operational, anything otherwise becomes a problem for someone learning photography.  For those of us experienced folks, we can find work-arounds, but that doesn’t mean that a 7th-grader can do so.  After some fiddling with this camera, I decided to bring it home and see what I could do with it.  It turns out that the camera works fine, except -- the pop-up flash is dead.  Maybe it’s nothing more than a corroded wire somewhere, but I am not going to tear the camera open to find out.  The 2 AA batteries power the camera just fine, and all other functions work. It just cannot be used in flash mode, so most indoor or evening photography is out.

Overall, fairly average specifications, and nothing that stands out as unique.  It’s not too dissimilar in specifications from the Canon AF 35M (1979)  or the Nikon L35 AF (1983) that came out before and after the AF2.  However, one thing that I find attractive about the camera is the lever-wind film advance, and not a motorized drive that eats up batteries, let alone the noise that they make.   The camera is certainly not compact, but it isn’t fiddly, either.  The AF is based on infrared, meaning that it may have a problem properly focusing on really bright objects in a scene.  Since the AF is center-based, you’ll need to pre-focus if your subjects are off to one side if the background is at infinity.  Easily done if you press the shutter button halfway and you see the red LED indicating focus.  Then, recompose and press the shutter all the way.

After I was sure that the camera was pretty much working, I loaded a roll of Ultrafine Xtreme 400 to give it the test.  I walked around town for an hour and shot the roll.  The next day I processed the film in Rodinal at 1:25 for 7.5 minutes.  The negatives were scanned on my Epson V700 Photo scanner. 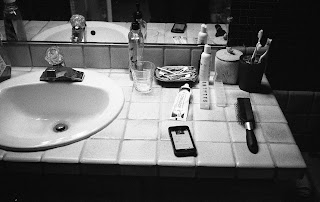 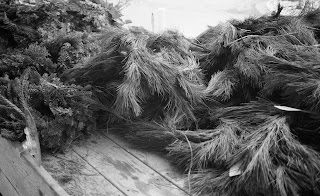 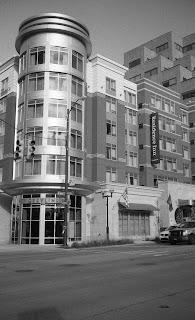 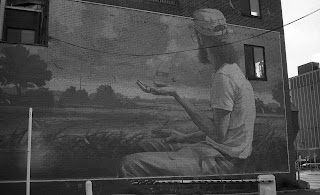 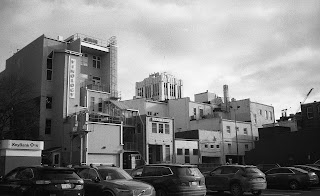 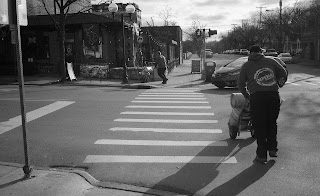 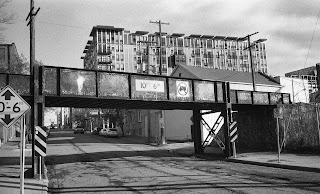 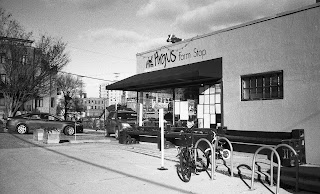 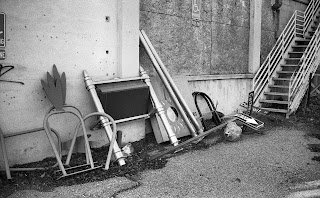 Overall, I am happy with the results.  There were a few times that I felt the camera was having difficulty achieving proper focus, which may have had something to do with the bright sun that was at a low angle in the December sky.  The camera is certainly easy to use, and while the flash did not work, it was not a hindrance shooting in the day.  Of course, with ISO 400 film, you can shoot indoors at 1/8 sec at f/2.8, so have a tripod handy. I have put a roll of color film in it, and will see how that does in the near future.

Prices
How much?  Although the 1981 list price was nearly $250, I am pretty sure the camera sold well below that, especially after the revised AF2-M version came out in 1982 with a motorized film advance, which brought it more in line with Canon and then Nikon's AF point and shoots.  Today, prices are all over the place.  I'll bet you can find one in a thrift store for less than $10, but on eBay, prices seem to be climbing over $50 for one that is tested and working perfectly.

Nice article as well as whole site.Thanks for sharing.

Howdy Mark.
Good to see someone who has an appreciation for 'not quite working' cameras. I've had dozens that have been exemplary shooters. This one I haven't tried. My score this week was a nice Olympus 35rc that was fully functional unearthed from the back room of our local computer store. Only blemish is a slight ding on one side of the top. I had one of these a couple of years ago and after I parted with it as I often do, I had seller's remorse - as I often do. It's very much like the Himatic in size but gives full manual control. I might have to scrounge up an AF2 just to see what it will do. I've been a fan of the FPP podcast & store for quite a while and am just now getting around to saying thanks for putting film in the forefront of photography again. Cheers from Denver, Colorado.
Randy Reames