Well, sort of. I am going through more boxes of prints and negatives again.  I found this lovely little packet of images from a bona-fide Time camera that I took in March, 2007 on a roll of Kodak Gold 100.  Many things have changed in town since.  The Anberay Apartments on East University Avenue were later torn down and replaced with a high-rise apartment building filled with students spending a ton of $$ to live there.  The Village Apothecary on South University recently closed. Walgreens replaced the bookstore, which was a big loss to anyone needing art supplies.

Yes, a camera is a sort of time machine, and this TIME camera did okay and recorded some images that show some things that are no longer.  The people change daily, but buildings create the landscape, and when the landscape changes, it's all too easy to forget what was once there.
If you are not familiar with the TIME Camera, it was a dirt-cheap plastic camera made to look like something slightly better. It was given away as a premium for subscribing to Time magazine back in the 1980s.  It has a single-element  fixed-focus 50mm lens with apertures of f/6, 8, 11, and 16.  A metal weight in the bottom gives the camera more heft.    It also has a hot shoe for a flash.  That's it. 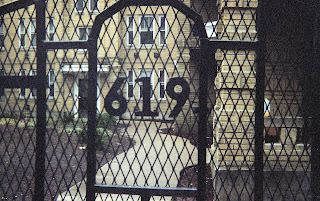 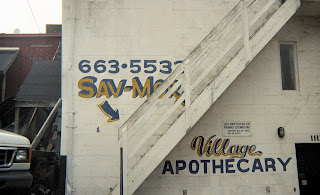 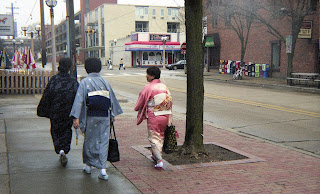 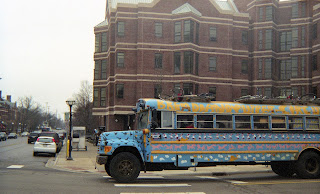 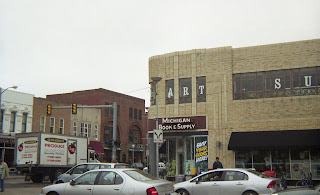 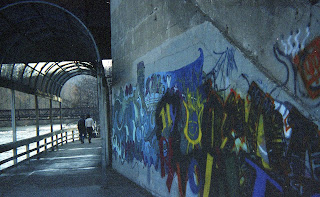 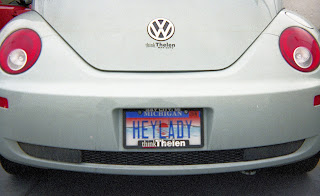 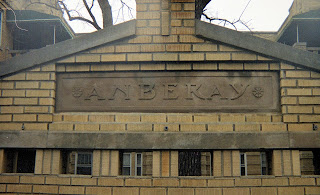 I picked up one of these for $1 at a thrift store a year or so ago. It's been sitting on my shelf loaded with a fresh roll of Tri-x since then and I keep forgetting it's there. It always gets passed over by the "real" cameras when it comes time to pick a camera to hit the road with. I'm surprised by the quality you got out of your copy. I'll have to show it some love and shoot it this weekend and see what I get.