I am in the midst of selling a camera estate for an acquaintance, so I have been busy with that and not doing much blogging.  One of the side benefits of doing this is that I often get my hands on cameras that i have never seen or used before.  Sometimes they are expensive high-end tools like the previous post on the Plaubel Makina 670.  Other times, it might be a strange obscure camera, such as this post -- the Envoy. 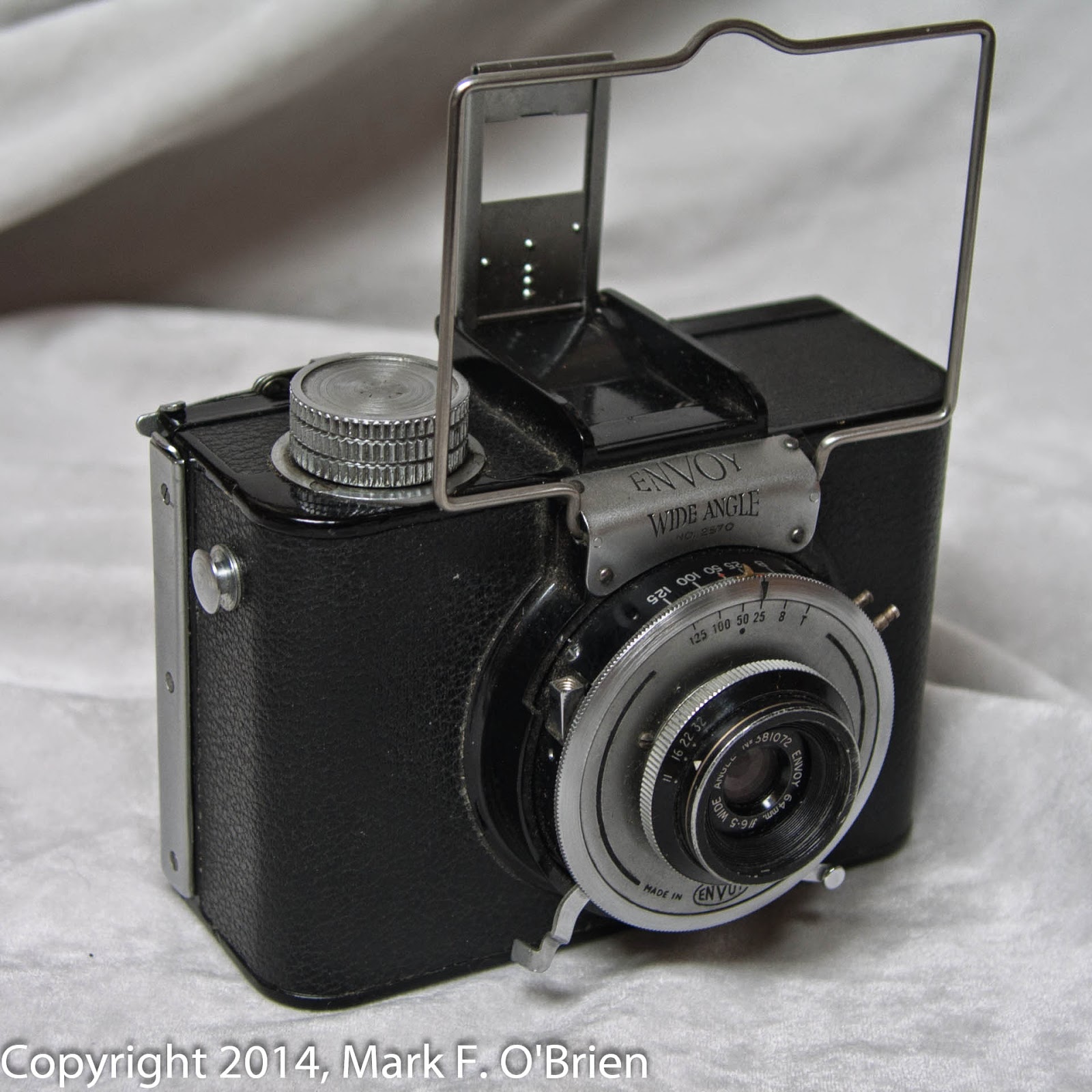 The Envoy was produced in the 1950s in England.  It is a fixed focus wide-angle box camera that takes 120 film as well as 2 1/4 x 3 1/4 plates.  The wire frame finder is all you need to gauge your composition.  The rear part of the finder has parallax correction for close-ups.  Since it is fixed focus, your closest focus is achieved with the smallest aperture: 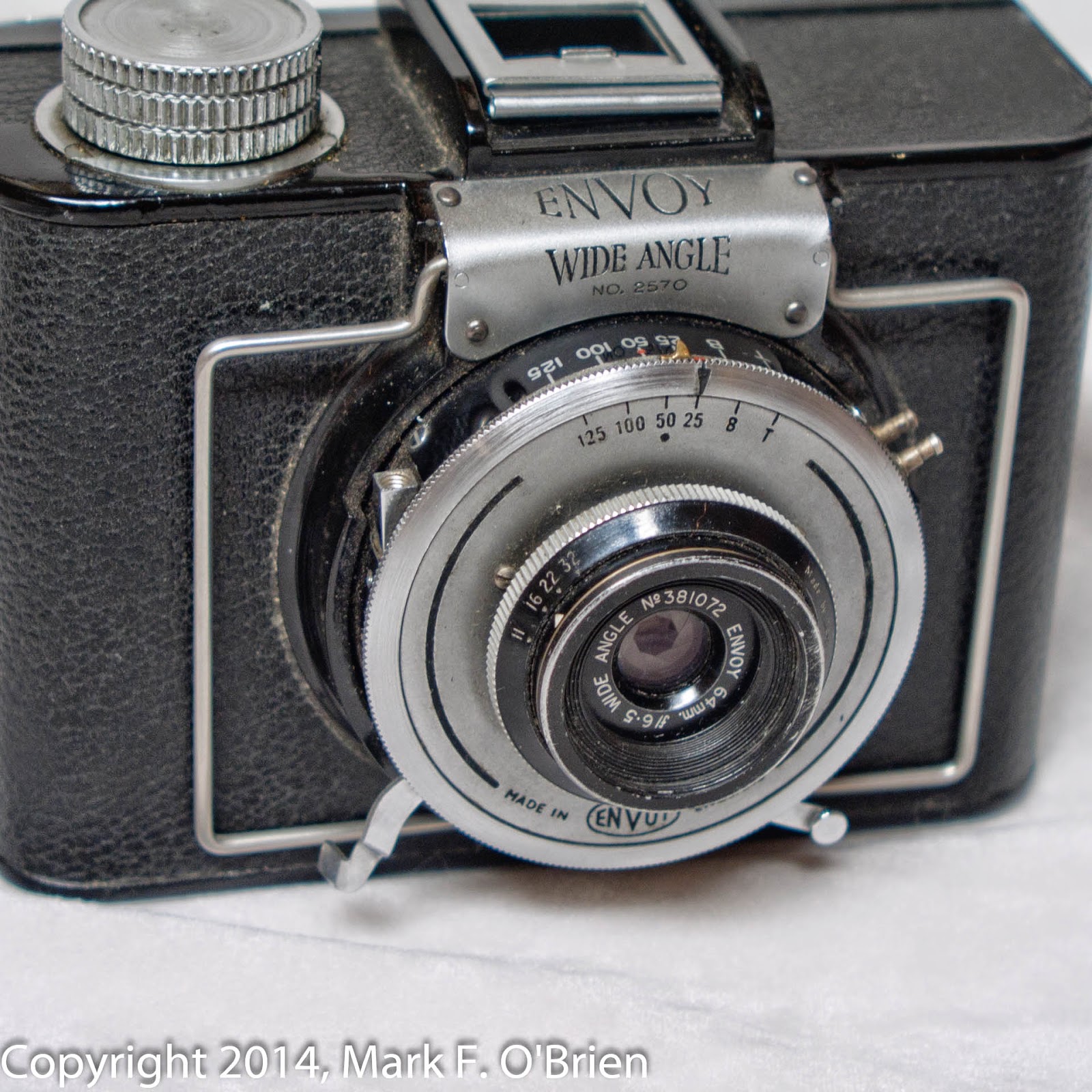 All of the shots were hand-held, and there is a tripod socket on the camera.  Wide-angle is equivalent to 25mm on a 35mm camera -- which is pretty damn wide on medium format, especially in 6x9 cm.    I think the framing was pretty accurate, given this was my first experience with this camera.  I currently have a roll of expired Panatomic-X in it, so that ought to be interesting.
These cameras are rarely seen here in the US, and are more common in the UK and Europe.  Prices range from $200 on up, depending on condition.  Considering the wide-angle aspect of the camera, it's a relative bargain.

I probably won't hang onto this camera, but I am happy to have used it for a while.  I think anyone that wants the simplicity and compactness of the Envoy to shoot wide-angle images would really appreciate the camera.   Stopped down, the lens is very good, and everything will be in focus from at least 10 feet to infinity.  Not too shabby for a "box camera."

Posted by mfophotos at 2:01 PM