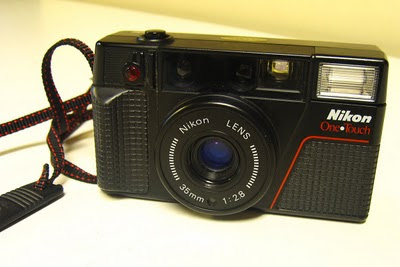 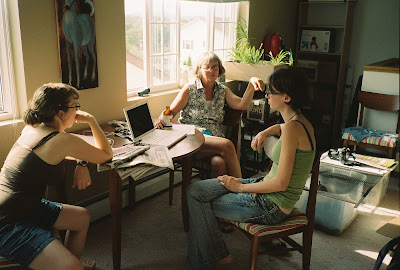 I've got a similar Nikon TW (tele-wide or L35TWAF) with selectable focal lengths (38 or 65). The rest is as on yours: pop-up flash, AA batteries, motor drive, autofocus... But I don't like mine. Why? Don't know, I just don't like it and will sell it for any price. Not really big or heavy but in that category I like my little Canon MC much, much better. And since I can do without AF and motor drive, I even prefer the stealth silent operation of my Olympus XA and XA2. Now if my L35TWAF (who was responsible at Nikon for choosing this name?) doesn't sell, your post almost convinced me to put a new roll in it and give it another go...

We just picked one of these up at a local goodwill. Having some major problems getting it to work. The film winds in if you smack it on the side but we are still unable to get the thing to take a picture. The shutter release seems stuck or just locked up somehow.

We just picked one of these up at a goodwill. For some reason we cant get the shutter release to work properly. It seems stuck and only after striking the camera will it wind film.

The battery contacts probably need to be cleaned, as that could be the cause of the erratic operation.

bought one at value village tonight. i was a bit hesitant at first, but i think i will be quite happy with it i think. its the best $4 i have spent in a while.

i may have to take you up on your recommendation of shooting B&W film.